After reaping the gratifying results that the net profit of the third quarterly report exceeded the expectation, Yang Ke, CO chairman and CEO of Budweiser Asia Pacific, recently shared his thoughts and ideas for the future as the world’s leading enterprise in the beer industry in an exclusive interview with the question column of the client of the people’s daily, starting from the three major fields of investment and development strategy in China, corporate social responsibility and Budweiser Asia Pacific’s new dream.

Statistics show that Yang Ke is a capable “veteran” of Budweiser group. He has worked in Budweiser group for nearly 20 years and has traveled all over the world. Previously, he worked in Belgium, France, Canada, Australia and other countries. In 2019, he officially led Budweiser Asia Pacific team and led the company to go public in Hong Kong to start a new journey. Less than three years after moving to China, he has successively won the “honorary citizen title of Fujian Province” and the “White Magnolia Memorial Award” of Shanghai in 2021. 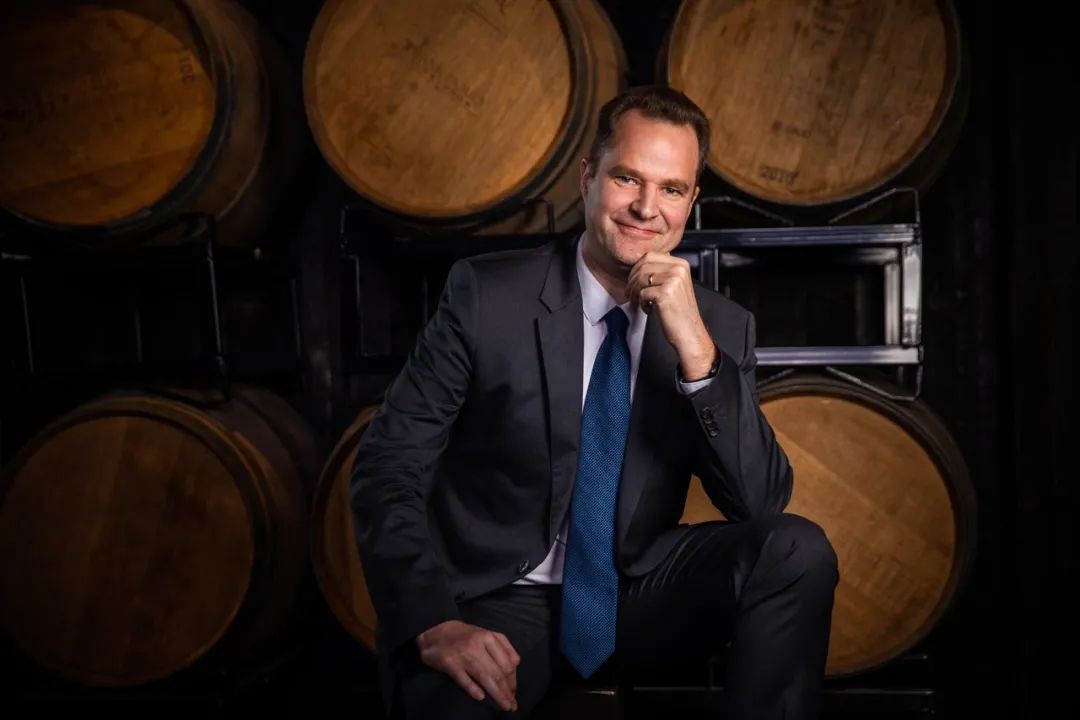 Budweiser group, headquartered in Belgium, has a history of more than 600 years. In order to better cultivate the Asia Pacific market, Budweiser Asia Pacific was officially listed on the Hong Kong Stock Exchange in September 2019.

First, let’s take a look at Budweiser Asia Pacific’s high-end strategy. The company’s performance in the first three quarters of 2021 showed that the revenue per 100 liters increased by 5.6%, which is the contribution of the double-digit growth of the positive brand portfolio in China’s high-end and ultra-high-end market since the beginning of the year.

In Yang Ke’s view, Budweiser’s high-end strategy is “forward-looking”. He said: in 2010, there were about 7 million middle-class families in China. At that time, other beer companies focused on how to become the top seller, while Budweiser focused on high-end strategy. At present, Budweiser has a rich matrix of high-end brands, including Budweiser, corona, FUJIA, Lanmei and other well-known brands, refined brewing brand Goose Island and Harbin beer 1900 zhenzang.

Yank also believes that the unlimited potential of the high-end and medium and high-end beer market will become the main track of beer market competition in the future. For the company’s future high-end direction, he said: “we will continue to strengthen the leading position of high-end categories and provide high-end choices of multiple categories according to different consumer groups and multi scenario consumer needs, such as Budweiser Jinzun suitable for high-end catering occasions, Budweiser black gold tailored for elite men, and Budweiser me3 launched for ‘her economy’.” 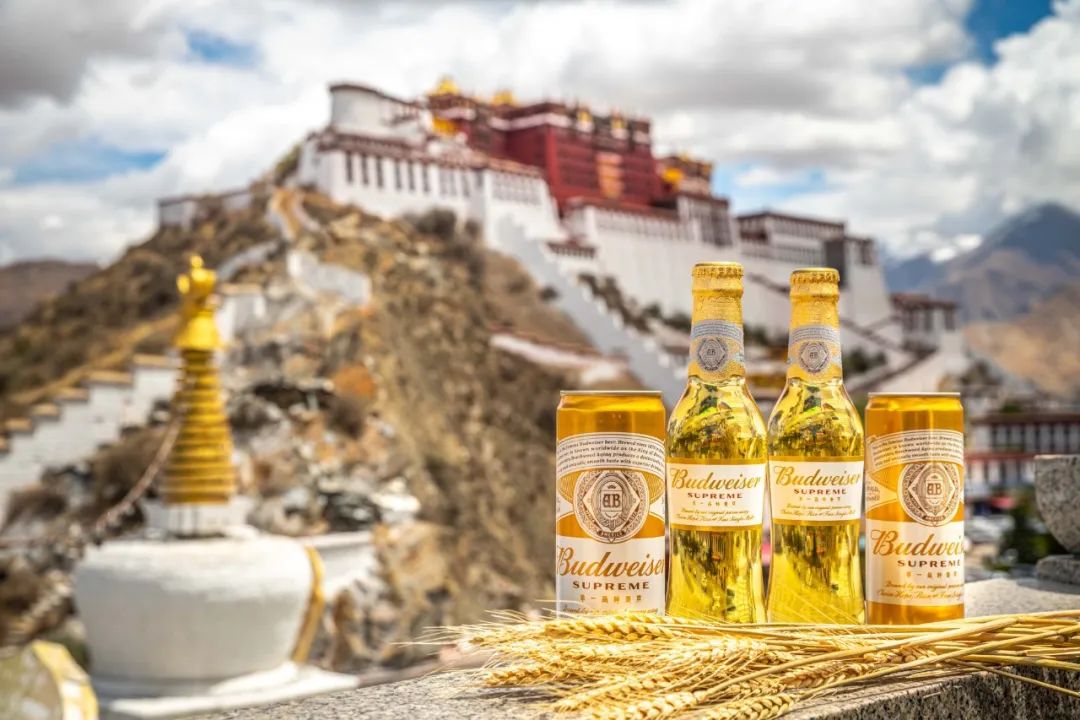 In terms of digitization, bee first (bees), a digital transformation B2B platform launched by Budweiser Asia Pacific in the first quarter of this year, was mainly “praised”. It is a platform that uses technology and expertise to help dealer customers optimize their operations, in order to better serve Budweiser Asia Pacific’s end customers.

It is understood that up to now, the company has achieved excellent results in the test area, and will start a national expansion in the whole Chinese market after the Spring Festival next year. At the same time, e-commerce platform is also a key area of attention to shorten interaction with consumers and deal with new consumption trends. 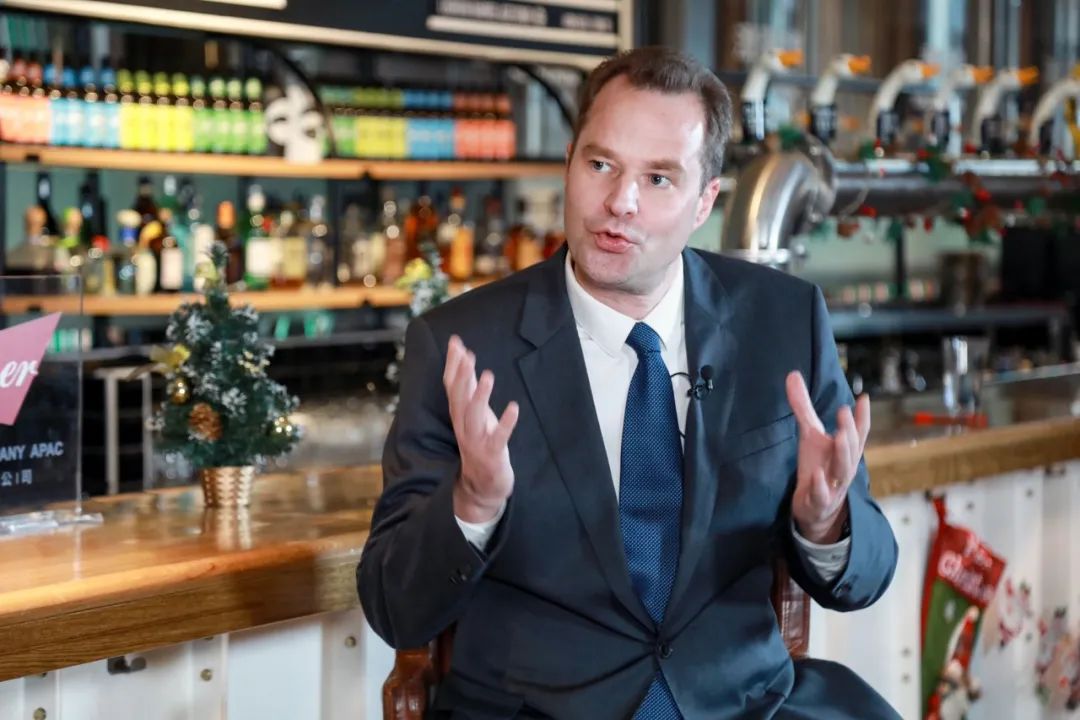 On the product line, the company not only accelerated the localization of beer tastes, such as the launch of corona’s first sea salt guava fruit beer and fujiayang Guangguang beer, but also began the exploration of non beer categories. In the first half of this year, Budweiser Asia Pacific announced its strategic cooperation with Austrian Red Bull and spirit Huolong cinnamon. 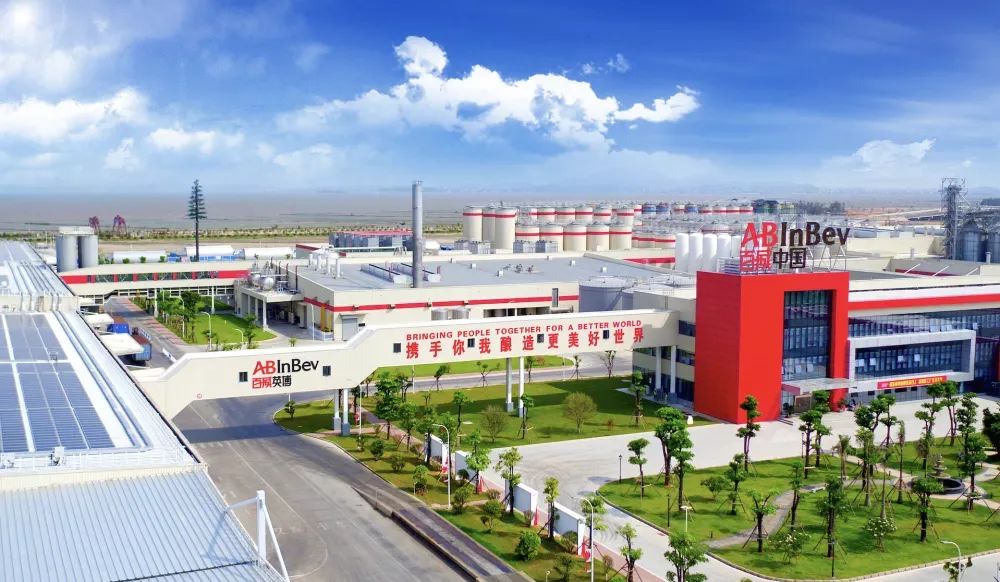 Location
of Budweiser Putian base

In the context of China’s “double carbon goals”, Budweiser Asia Pacific puts ESG issues at the core of strategy and operation, and implements sustainable development in the whole industrial chain from raw material source, production process to consumption terminal.

As for the source of raw materials, in view of the current situation that beer wheat depends on imports, Budweiser Asia Pacific has formulated a sustainable development plan according to local conditions to ensure a two-way virtuous cycle of sustainable development and community empowerment from the source. In 2020, Budweiser Asia Pacific signed a tripartite strategic cooperation plan with Jiangsu Agricultural Reclamation group and local farmers’ representatives. Through cooperative planting and vigorously developing order based modern agriculture, Budweiser Asia Pacific not only provided stable and reliable high-quality raw materials for beer production, but also helped local farmers increase their income and become rich and contribute to local economic development.

In the production process, “carbon reduction” and “renewable” have become two key words. Yang Ke said, “By 2025, we will make 100% of our electricity come from renewable energy and reduce the carbon emissions of the entire value chain by 25% compared with 2017. We have achieved the goal of 100% renewable electricity in three factories in China, and we will complete the installation of solar photovoltaic panels on the roofs of 11 factories by the end of the year. So will the electric trucks we use in logistics and transportation Use renewable electricity to replace other energy sources. “ 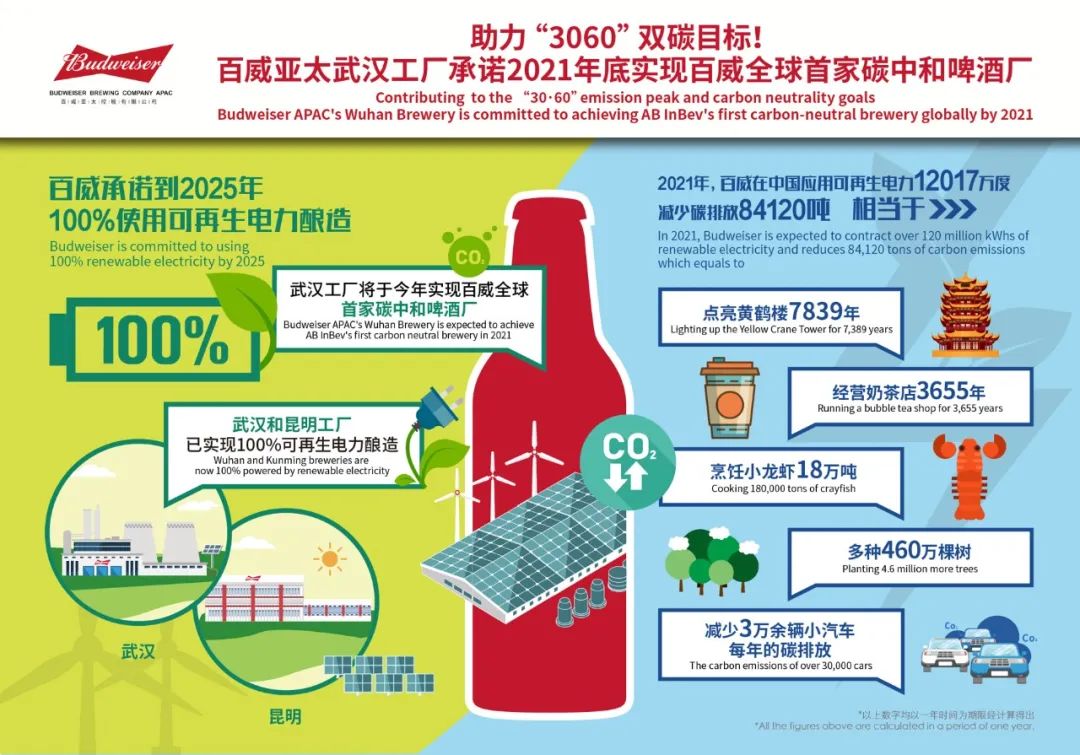 In 2021, Budweiser will achieve new breakthroughs in sustainable development goals

In the consumer terminal, as one of the first enterprises in China to advocate “don’t drive after drinking”, Budweiser has jointly promoted the concept of “wise drinking” for 14 consecutive years. Yang Ke believes that this activity is very important. “We want to sell more beer, but we also hope that every beer experience of consumers is positive. We do not support any harmful use of alcohol. We hope to influence the code of conduct of young consumers and help them make the right choice.” 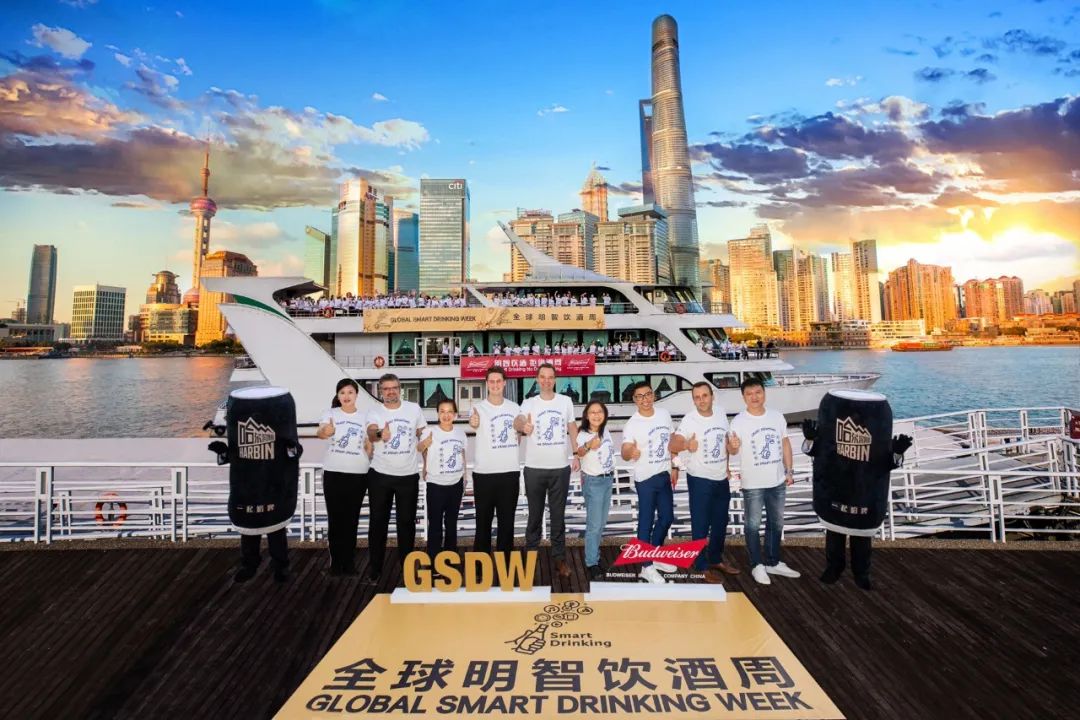 China is still the next key market

What is the next market focus? Where does Budweiser Asia Pacific need to invest next? Yang Ke’s answer was very firm. He said that China is still Budweiser’s next key investment market in Asia Pacific.

In the interview, Yang Ke also said frankly that Budweiser’s remarkable achievements in the Chinese market are inseparable from the good business environment and institutional guarantee provided by the Chinese government. With the support of the Chinese government and the implementation of a series of favorable policies, Budweiser Asia Pacific has made great progress in China. The affirmation and support of Chinese consumers also make Budweiser more convinced that the next key market is still China. “In the future, Budweiser Asia Pacific will continue to increase its investment in China according to its business strategy, so as to promote the steady development of its business in the Chinese market.” Yang Ke said.

In the above column interview, Yang Ke shared a set of data, “in China, only 16% of beer sales come from high-end or ultra-high-end categories. However, if you look at other global markets, the proportion of South Korea is 25%, and in western countries, such as Europe and the United States, the proportion is as high as 40%. Therefore, we see that there is still a long way to go for high-end development in the Chinese market.” 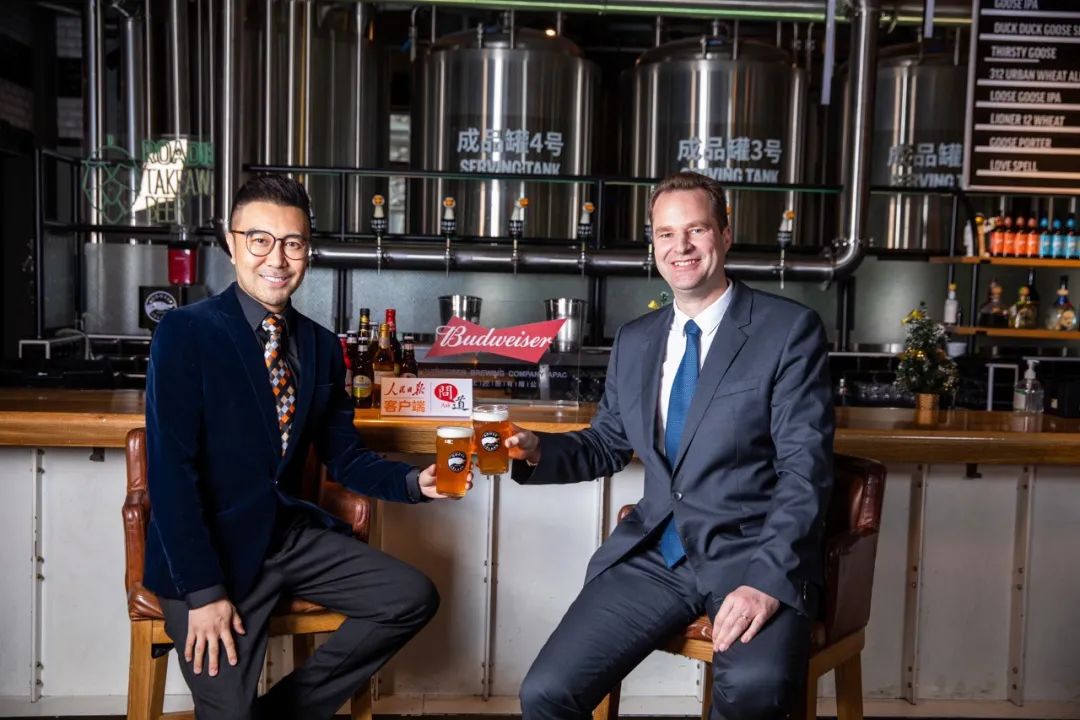