On the way from “grassland cattle” to “world cattle”, Mengniu has more new help.

Recently, Mengniu announced that its 22 year old logo has been renewed and upgraded for the first time. It is worth noting that the new logo of Mengniu is personally operated by Rob Janoff, who designed the logo for apple. This is also his first cooperation with well-known consumer brands in China. 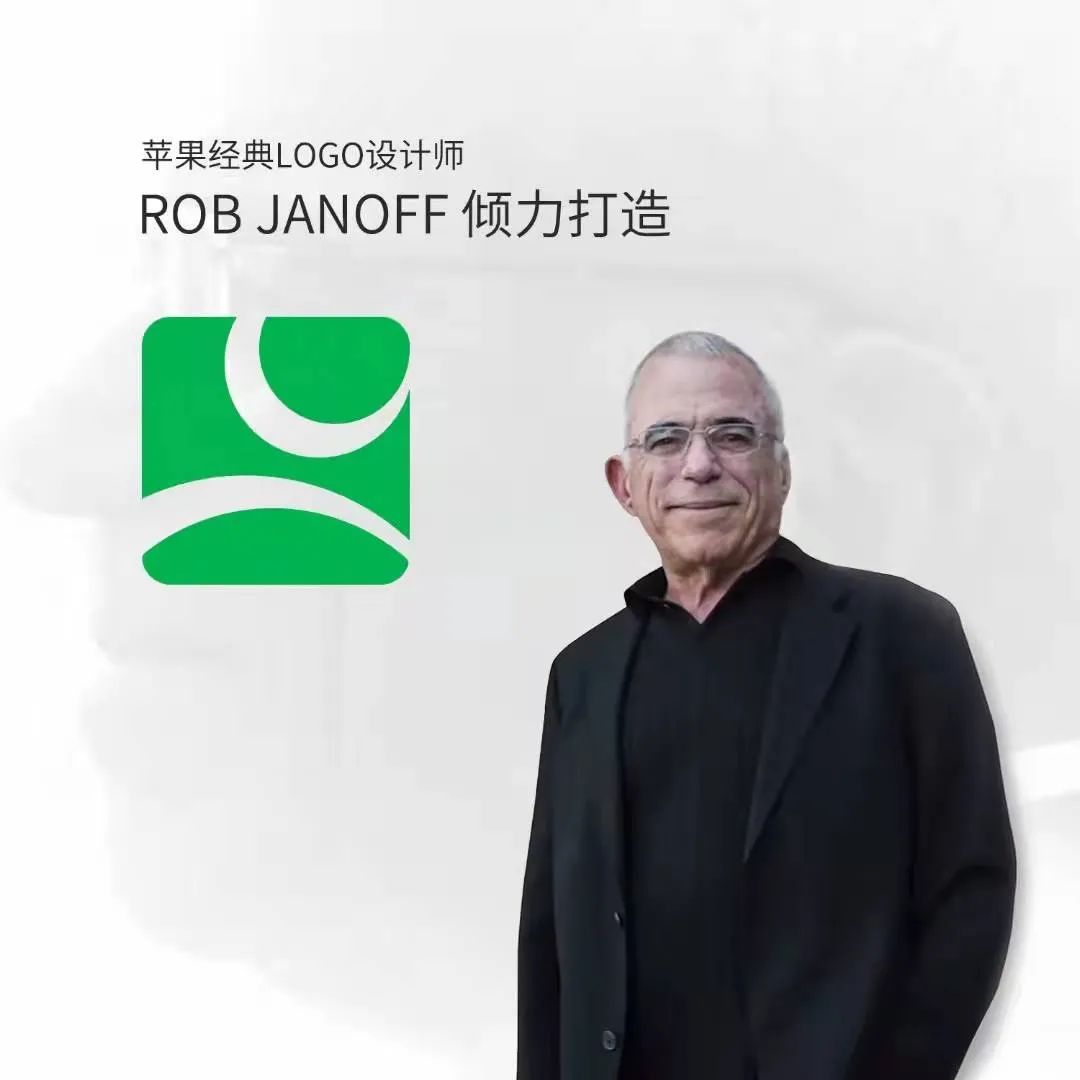 “The final version of the logo was born out of hundreds of hand-painted sketches. Mengniu and rob janov’s team conducted several rounds of detailed communication on the design scheme. At the same time, through the global consumer market research, they determined that the great brand adheres to the logo upgrading idea of ‘constantly renewing its image in inheritance and having a new image of youth and internationalization’.” Mengniu said.

According to reports, the green background color in the new logo represents that Mengniu brand originated in the prairie of Inner Mongolia. The two white “meanders” symbolize the horn and the Yellow River respectively, and the black brush font Mengniu is retained. On the occasion of the new logo, Mengniu also launched the global brand upgrading strategy at the same time.

Huanxin does not change “heart”

Mengniu introduced that in order to continue the emotional elements of consumers, the new logo retains the original graphic structure and basic tone to the greatest extent, but visually, through the adjustment of graphics, color number and frame, it highlights the three elements with Chinese characteristics and Mengniu characteristics, namely “ox horn”, “mother river” and “green grass”. On the whole, the new logo has both a sense of science and technology and a sense of art in its design style, reflecting a sense of balance, order and harmony.

Among them, the white “ox horn” and the white “Mother River” break through the original frame and appear on the green “Grassland” in the proportion of golden section, implying Mengniu’s courage and determination to break the shackles, surpass itself and pursue excellence, as well as its grand vision of going to the world through wind and waves. 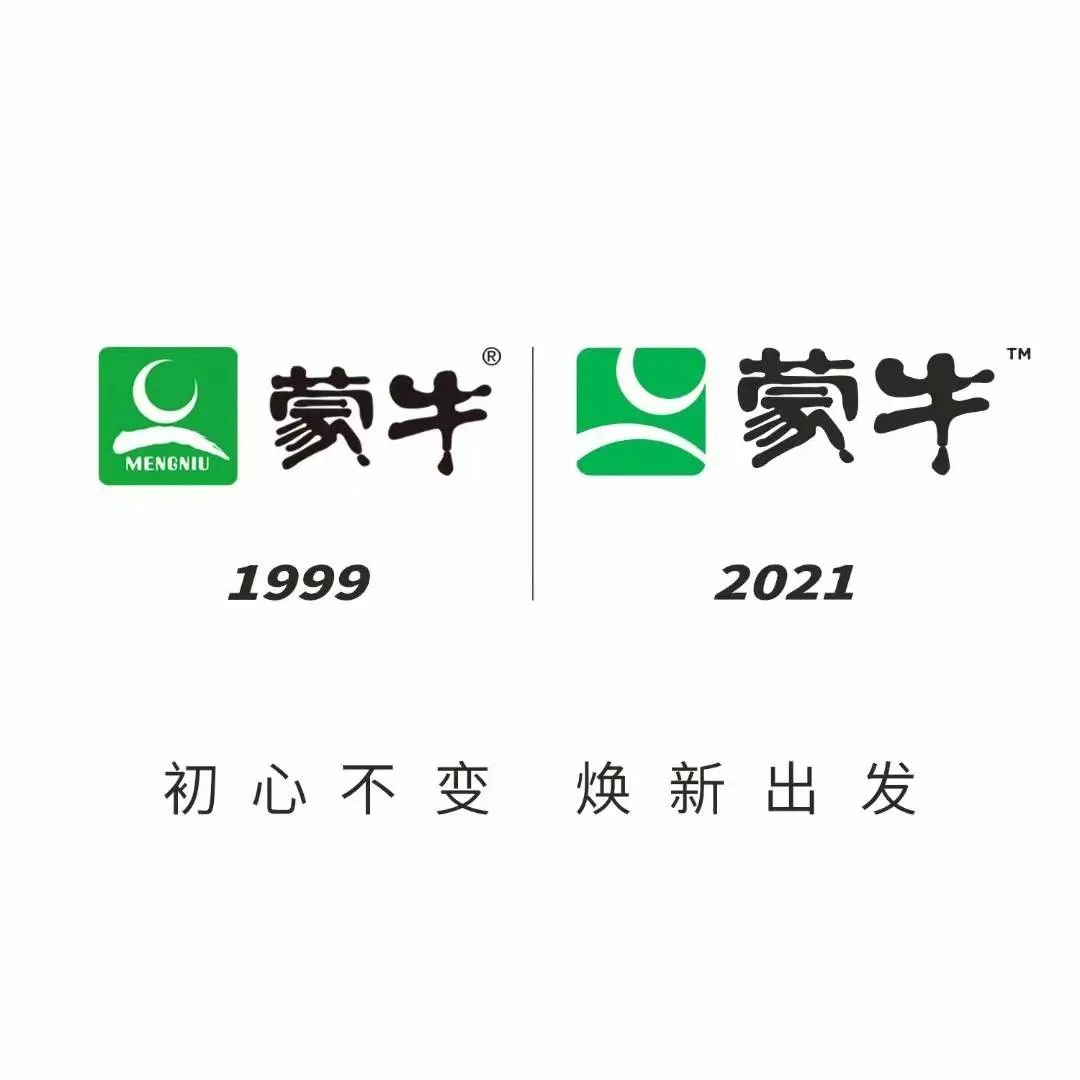 The “ox horn” in the upper right corner, as the spiritual symbol of Mengniu, represents the enterprise spirit of “being born strong and competing with yourself”. The “River” below symbolizes the birth of Mengniu in the fertile soil bred in the zigzag bend of the Yellow River and the layout of the industrial chain on the golden milk source belt along the Yellow River.

Although the logo has been renewed, the two design elements of prairie and mother river in the new logo show the original heart and background of Mengniu in a deeper sense. 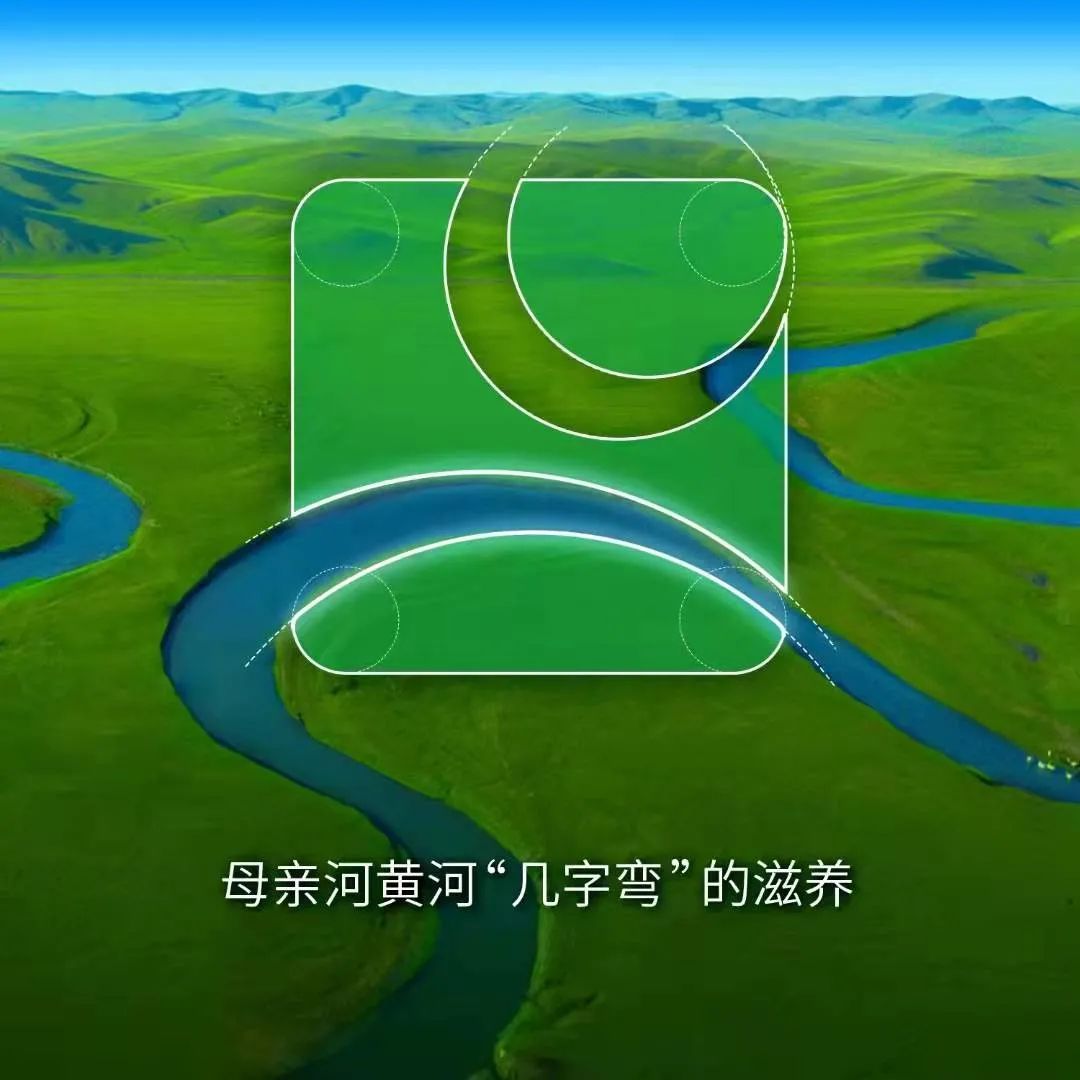 “Over the past 22 years, starting from Inner Mongolia prairie, Mengniu has carried out industrial chain layout on the golden milk source belt along the Yellow River, adhered to the mission of ‘little nutrition and blooming every life’, and spread the road of green development all over the world in order to ‘protect the common health of mankind and the earth’. Grassland green has also become the eternal background of Mengniu.” Mengniu said.

Running to the world cow

In fact, with the new logo, Mengniu also hopes to have a deep dialogue with consumers through visual form, trying to convey its strategic objectives to global consumers in a clearer and concise way from the perspective of brand.

“The” ox horn “in the new logo not only represents Mengniu’s enterprise spirit, but also symbolizes a rotating earth and a sky full of infinite possibilities, reflecting Mengniu’s broad mind of ‘stepping on the grassland, looking at the world and looking up at the stars’.” Mengniu said. 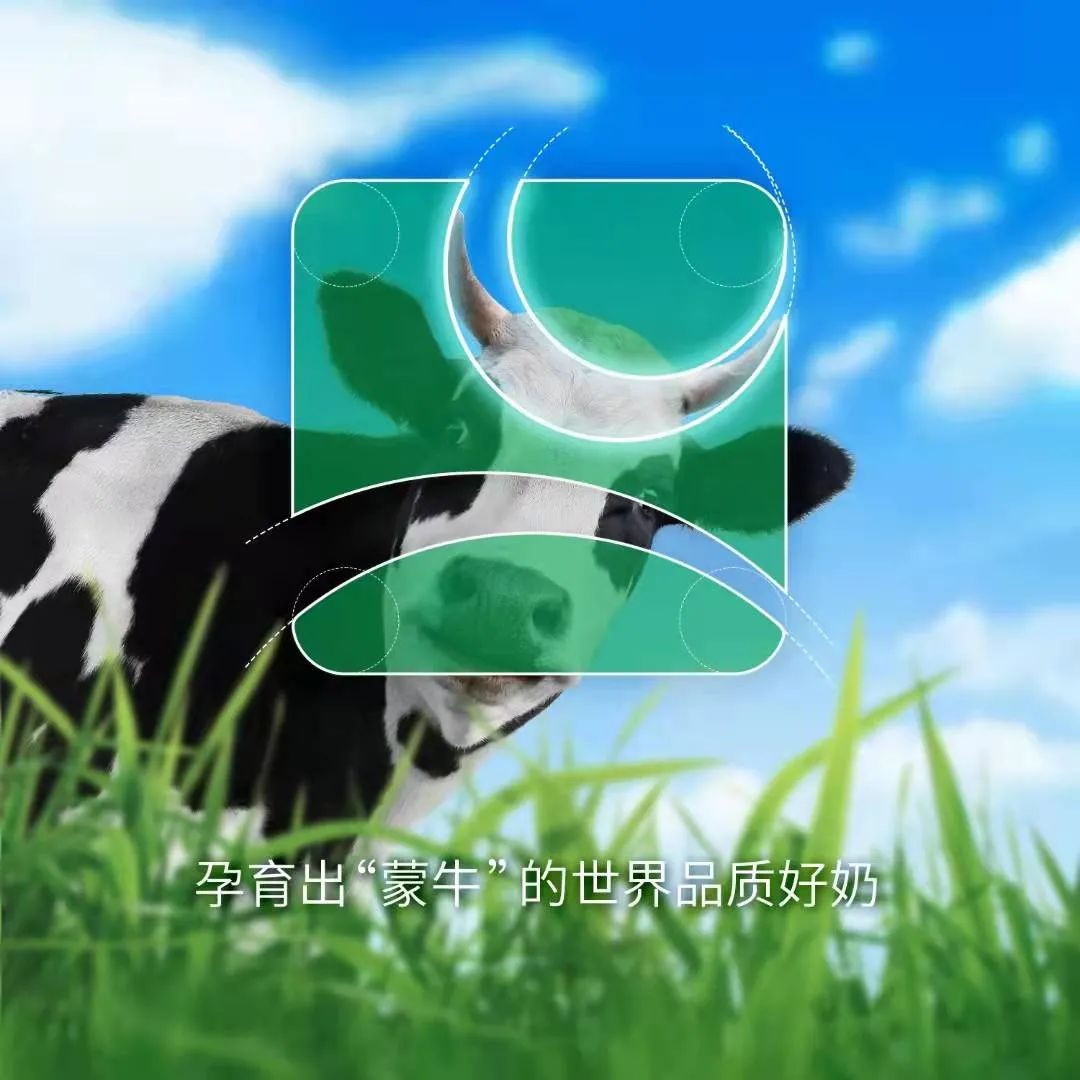 Statistics show that at the beginning of its establishment 22 years ago, Mengniu’s revenue was only 37 million yuan, ranking 1116 in the national dairy ranking. By 2020, its revenue had reached 76 billion yuan, “surpassing one competitor every day in more than 1000 days”, running out of the “Mengniu speed”. As one of the earliest “going out” dairy enterprises in China, Mengniu has also accelerated to the world stage in recent years.

At present, Mengniu’s products have entered the markets of Singapore, Mongolia, Myanmar, Cambodia, Indonesia, Malaysia, Canada and more than 10 countries and regions. It also has one production base in Australia, New Zealand and Indonesia respectively, and has built 68 factories worldwide, with a total annual capacity of more than 10 million tons. At the same time, the company also has more than 1000 cooperative pastures in China, with an average daily milk collection of more than 18000 tons. 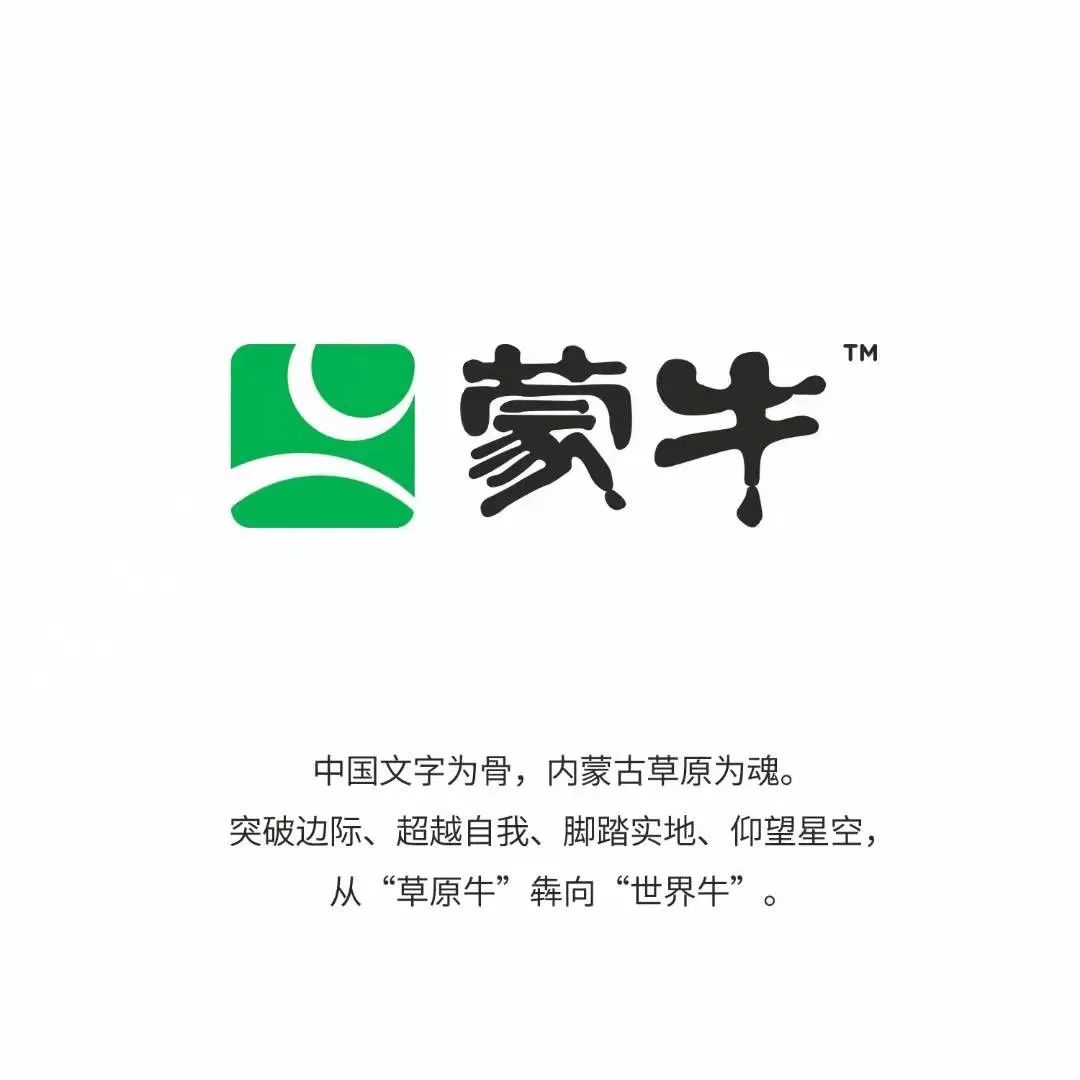 Last year, despite the challenges brought by the epidemic, Mengniu still boldly put forward the five-year strategic ambition of “creating another new Mengniu”. Lu Minfang, President of Mengniu, also said at the 2020 performance meeting that Mengniu has built nearly 80 billion in the past 21 years, and it will take five years to create a new Mengniu system.

Pay attention to “snack generation” (wechat: foodinc) “and reply to” Mengniu “to see the wonderful news.