Recently, Heilongjiang Hongxing Group Food Co., Ltd. (hereinafter referred to as “Hongxing group”) had an investor change. This change did not change the number of shareholders, but adjusted the order of shareholders. For the above change information, the official of new hope dairy said to the interface news that it would not respond for the time being. Zheng Qiang, the son of Zheng junhuai and the director of Hongxing group, told the media, “This is not an acquisition, but a planned equity participation. The planned shareholding ratio of (new dairy) is 51% – 60%” (Interface)

Bainmei announced today that Chen Bin applied to resign from the post of deputy general manager and chief financial officer for personal reasons. After his resignation, he no longer held any position in bainmei and its subsidiaries. At the same time, the board of directors decided to appoint Jin Zhiqiang as chief financial officer. (company announcement)

Haidilao is frustrated to be a vice brand of fast food

Recently, Haidilao’s fast food brand “Qiaoqiao’s powder” in Zhengzhou closed down, only about 10 months from its opening. It is reported that half of the eight fast-food brands under Haidilao have been fully closed one after another. At present, there are only 13 sub brand catering stores left in Haidilao. (Interface)

According to latepost today, vitality forest is making a large-scale adjustment around the organizational structure recently. Ma Lin, the person in charge of the original dairy brand Beihai ranch, will be in charge of all the middle and back office businesses of Yuanqi forest; Founder Tang Binsen will focus more on channel, sales management and product R & D. At present, the organizational adjustment of Yuanqi forest is still in progress, and the national sales director of Yuanqi forest has also been replaced in this round of adjustment. A series of changes seem to mean that efficiency and cost will become the focus of vitality in the coming year. (latepost later)

Yesterday, Guangming dairy announced that it had completed a fixed increase of 1.93 billion yuan, and Guangming Food (Group) Co., Ltd. and Jining Huisheng industrial investment partnership (limited partnership) participated in the subscription. In the fund-raising, Guangming dairy will invest 1.355 billion yuan in the construction of milk pasture project, accounting for 70.19% of the funds raised this time. (company announcement)

On December 20, the digital agricultural beef industry cluster jointly built by nullandi and HEMA was officially put into operation in Zibo, Shandong Province. Hou Yi, CEO of HEMA, told the media that after the project is put into operation, on the one hand, it can support the development of HEMA’s original beef brand, on the other hand, it can more quickly realize the whole process from production and breeding to processing, and improve retail efficiency. (Interface)

Recently, the pre disclosure update of the initial public offering of Baoli food, which focuses on composite seasoning products. According to the latest prospectus, the total assets of the company in the first half of the year (Unaudited) were 20.067 million yuan, the net assets were 1988.97 million yuan and the net profit was – 03 million yuan. Baoli food’s main business was the R & D, production and technical services of food seasonings. Its downstream customers involved KFC, McDonald’s and other catering brands, of which Yum China was its largest customer. (official website of the CSRC)

Recently, Coca Cola officials announced the launch of a limited temperature change bottle in winter. When the product is at room temperature of about 20 ℃, the label of the bottle body is white. After cold storage below 4 ℃, the label of the bottle body will turn pink and a pink love will appear. Coca Cola has launched four kinds of temperature change bottles with patterns this time, including four different winter representative sports scenes of skiing, skating, ice skating and snowboarding. Warm change bottle Cola is only available in Beijing. (Shandong business daily) 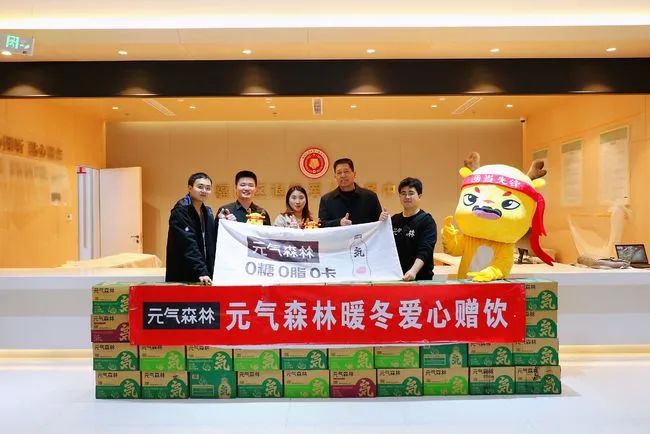 Reuters quoted “people familiar with the situation” today as saying that feishilan may start the sale of Meisu Jiaer brand in early January, with a valuation of US $2 billion to US $2.5 billion. JPMorgan Chase has now sent information to potential buyers, including private equity funds and other strategic investors. The spokesman of feishilan said that the purpose of the strategic evaluation of meisujia’er is to ensure that the brand can continue to achieve the best growth in the future. (Reuters)

Recently, the PepsiCo foundation is planning to expand its food for good program for needy communities across the United States to solve the problem of global hunger. The PepsiCo foundation pledged $100 million to fund food security initiatives and the development of sustainable agriculture. （The Hill）

Yesterday, Yumi, an American baby food start-up, announced that it had obtained a round B financing of US $67 million, and the company’s round of financing amounted to US $79 million. Yumi is an organic and plant-based food service provider directly facing consumers. Its meals are tailored according to the development stage of infants and young children. (Forbes)

Marley spoon AG, a global provider of customized meals, disclosed to the market yesterday that it had reached an agreement to acquire chefgood Pty Ltd, a Melbourne ready to eat and hot fast food provider. It is reported that Marley spoon will purchase all the shares of chefgood for a total consideration of a $21 million (about 95.57 million yuan), and pay an additional up to a $5.6 million according to the achievement of the revenue target in the next 2.5 years. (Aohua Finance)

Taobao announced today that it will change the relevant provisions of the Taobao evaluation specification, which will take effect on December 28. It is mentioned that the Seller shall not require the buyer to write only high praise, modified evaluation, additional evaluation, etc. by itself or through a third party; It is not allowed to encourage and guide buyers to “praise” on the condition of material or monetary commitment. (Interface)