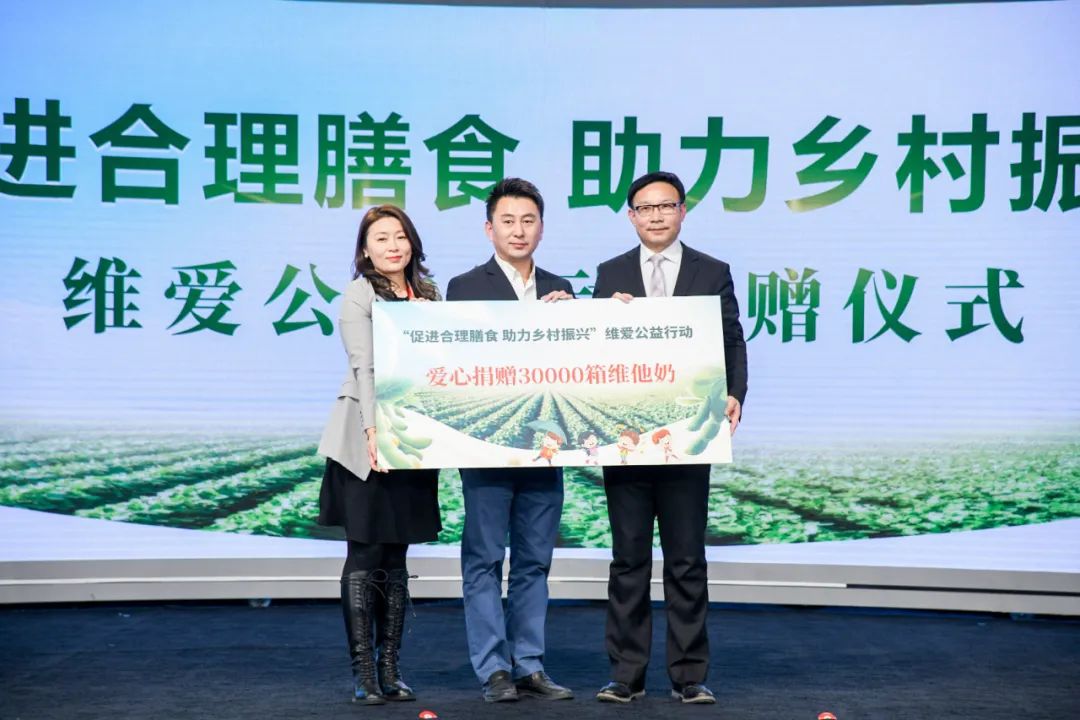 In fact, this activity with Vitasoy as the exclusive public welfare support unit is also regarded by the company as an important measure to integrate more closely into the national development strategy. It is understood that in the next three years, Vitasoy will invest about 10 million yuan in nutritional materials and health education every year to provide nutritional products for rural children and adolescents, and carry out nutrition and health science education at the same time.

From Mars Wrigley to Nestle and Xu Fuji to Vitasoy, Su Qiang, a “veteran” with nearly 25 years of experience in the FMCG industry, told xiaoshidai that he saw his future by promoting plant-based products to provide sustainable development solutions for the world. During the one hour exchange, Su Qiang also talked about his ideas on accelerating the repair of Vitasoy’s mainland business and his judgment on the development prospect of plant-based drinks.

The reason why Su Qiang chose to join Vitasoy is undoubtedly what the outside world wants to know most at the moment. In his own opinion, this choice is very natural.

“Vitasoy, with a history of more than 80 years, is the ‘Chinese power’ in the wave of plant-based revolution and the pioneer of plant-based drinks. As a Chinese, I am proud to join this national brand.” Su Qiang said. As for the goal he hopes to achieve in Vitasoy, he describes it as following the brand’s mission and purpose, helping Vitasoy to consolidate and strengthen its leadership in soy milk, expand its share in the whole plant milk, and become one of the important leaders in tea drinks. 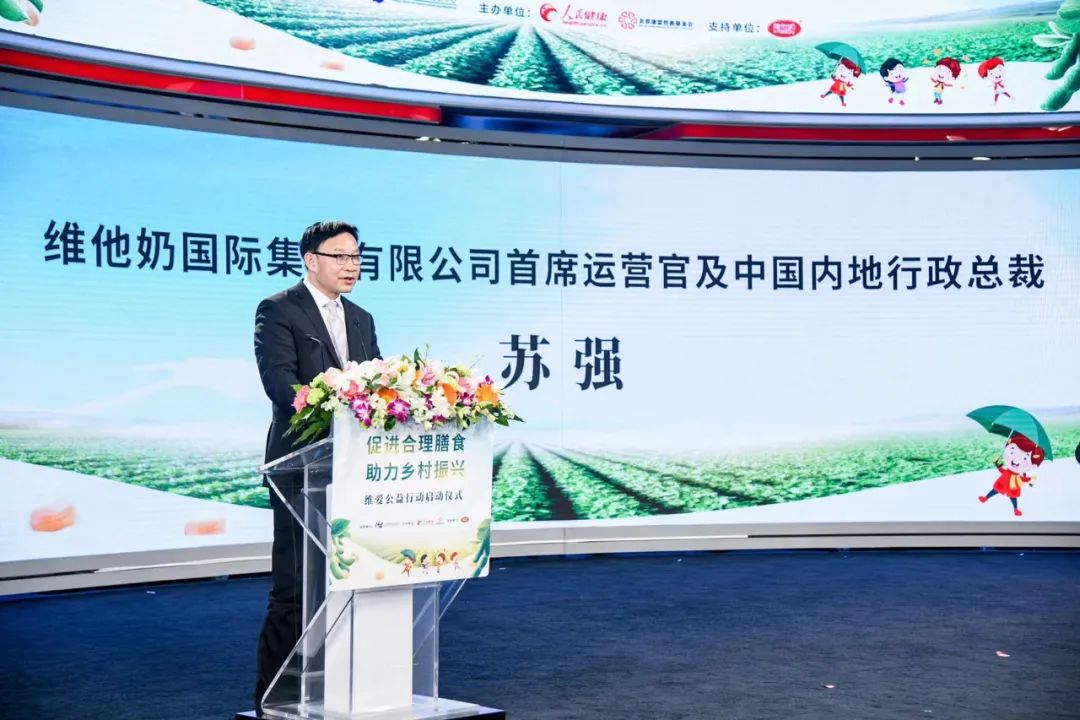 In fact, combined with his previous experience in international FMCG brands such as Mars Wrigley, Nestle and xufuji, Su Qiang also quickly made his own judgment on the future decision-making direction after joining vitamilk.

He told xiaoshidai that on the one hand, Mars Wrigley has established a first-class market distribution channel with excellent execution, so as to win consumers. This experience can be referenced and benchmarked by Vitasoy. On the other hand, Xu Fuji’s innovation ability and strategic agility in OEM can also become a source of inspiration for Vitasoy to quickly capture market opportunities. 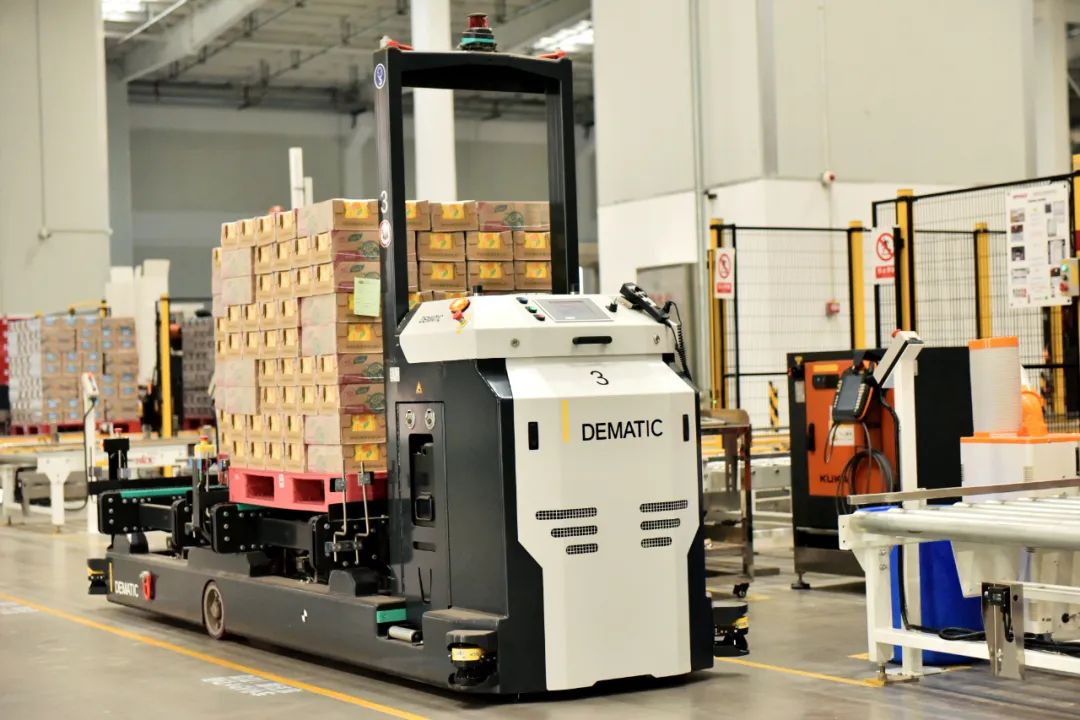 “Brands like Mars Wrigley, Nestle and xufuji have always faced the challenges and difficulties brought about by the rapid changes in the market, and have never grown easily. I think the common reason why they can successfully deal with the challenges is the positive and optimistic attitude of leaders and the spirit of perseverance in the face of difficulties. They adhere to the goal and value orientation and the customer center It has always been the winning rule of leadership in my career, and my leadership style is very consistent with the behavior mode required by Vitasoy’s motivation for success. ” Su Qiang said.

Xiaoshidai once introduced that Luo Youli, executive chairman of Vitasoy group, disclosed at the interim performance meeting that Vitasoy products were recovering steadily after they were put on the shelves in the mainland market in September, and maintained the recovery momentum from October to November.

“Vitasoy’s current performance in the domestic market is still relatively positive.” Su Qiang told xiaoshidai that the sales of Vitasoy milk in Guangdong market have increased month on month in recent months, and the sales of Vitasoy tea series products in the national market have also shown a month on month trend. This year’s double 11, Vitasoy also remained the first in the category on the e-commerce platform. 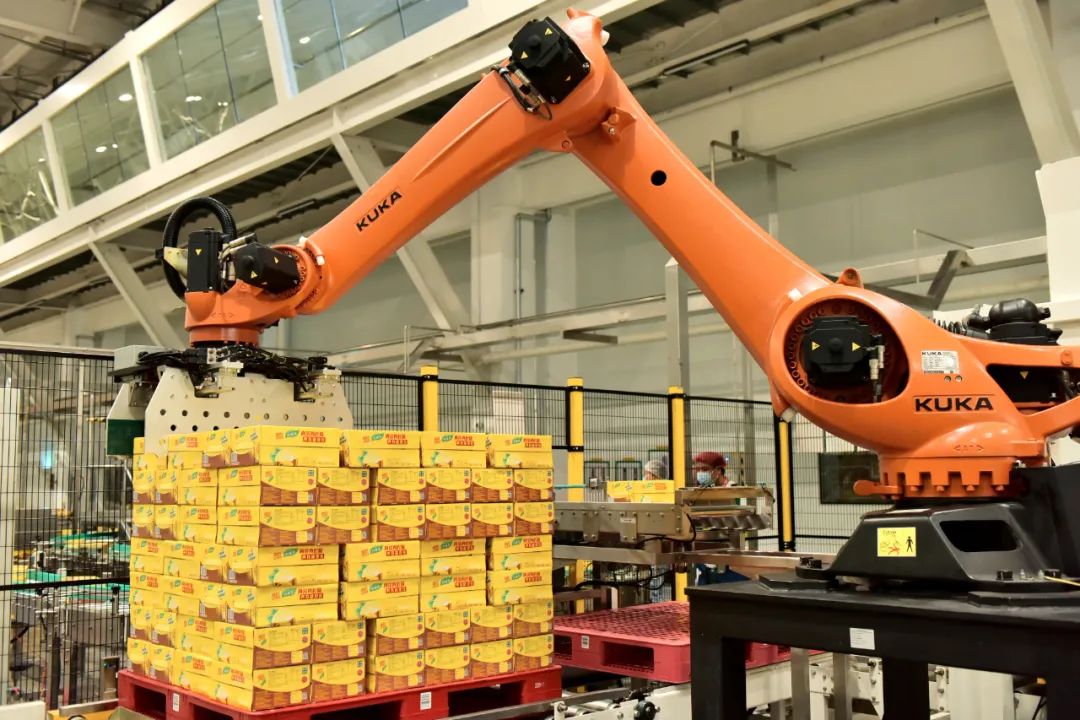 Accelerating and boosting the mainland business is undoubtedly the primary goal of Vitasoy at present. What is Su Qiang’s thinking about this? He said that Vitasoy has been more deeply aware of the importance of the company’s core values, and reiterated that it is a national brand and a patriotic enterprise, always following the pace of the development of the motherland. 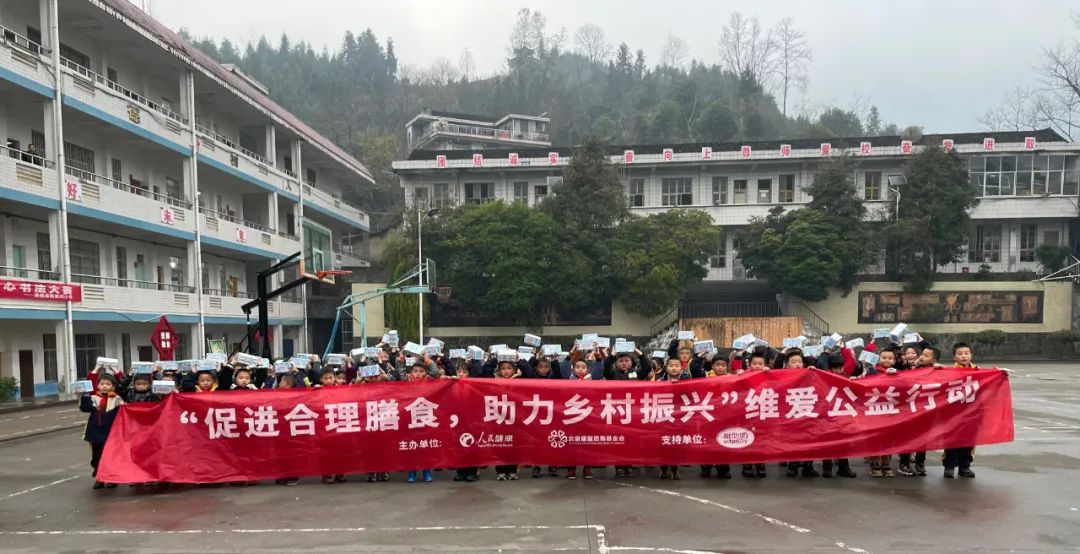 Vitasoy has donated the first batch of soybean milk to the donated school in Sangzhi County, Zhangjiajie City, Hunan Province

“Weiai public welfare action” is a positive attempt of Vitasoy to closely connect corporate social responsibility with the national development strategy and actively integrate into the overall situation of national development. The first round of funding will be carried out in Guizhou, Hunan, Gansu, Hebei, Henan and other places to help Rural Revitalization in these provinces. More than 6000 children in about 30 rural schools in these counties will be provided with a box of nutritious food each month. It will also be jointly funded Experts from the China Center for Disease Control and prevention produced health education manuals and videos such as “reasonable diet” to guide good eating and living habits and promote the improvement of the nutritional level of rural children. ” Su Qiang said.

It is understood that Vitasoy also participated in the “health industry docking meeting” at the Xiamen CIFIT, shared the story of “rooted in the motherland and sustained investment”, and carried out “happy growth nutrition first” student nutrition and health science popularization activities on campus in many cities across the country. During the severe rainstorm and flood disaster in Zhengzhou and its surrounding areas, vitamilk also actively donated money and materials to help the people in the disaster areas rebuild their homes as soon as possible. 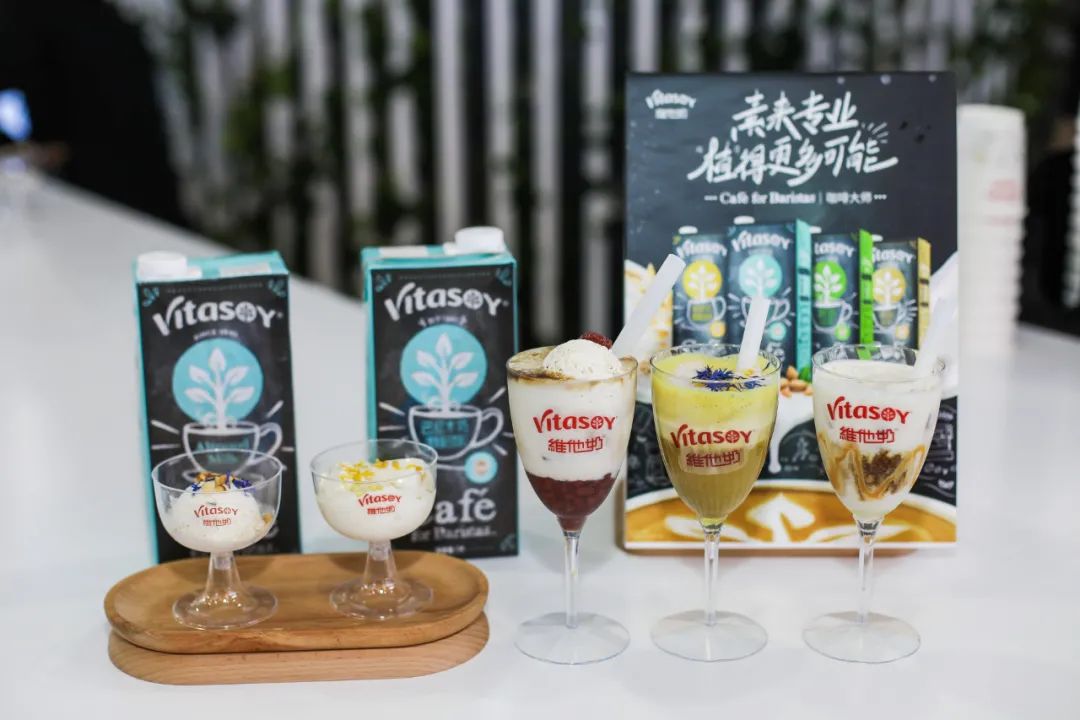 In addition to practicing the enterprise’s “internal skills”, Su Qiang believes that continuously and actively promoting and popularizing plant-based nutrition knowledge is also the development prospect and enterprise mission of Vitasoy.

In October last year, the first in China aimed at the popularity of soybean milk drinks The authoritative report on the nutritional value of soybean milk, the 2020 white paper on soybean milk nutrition and health (hereinafter referred to as the “white paper”), was officially released. The white paper is supported by Vitasoy and jointly released by the community branch of China Nutrition Association and three other industry associations, which advocates consumers to develop the eating habit of “two cups of milk in the morning and evening: one cup of soybean milk and one cup of milk” in their daily life. 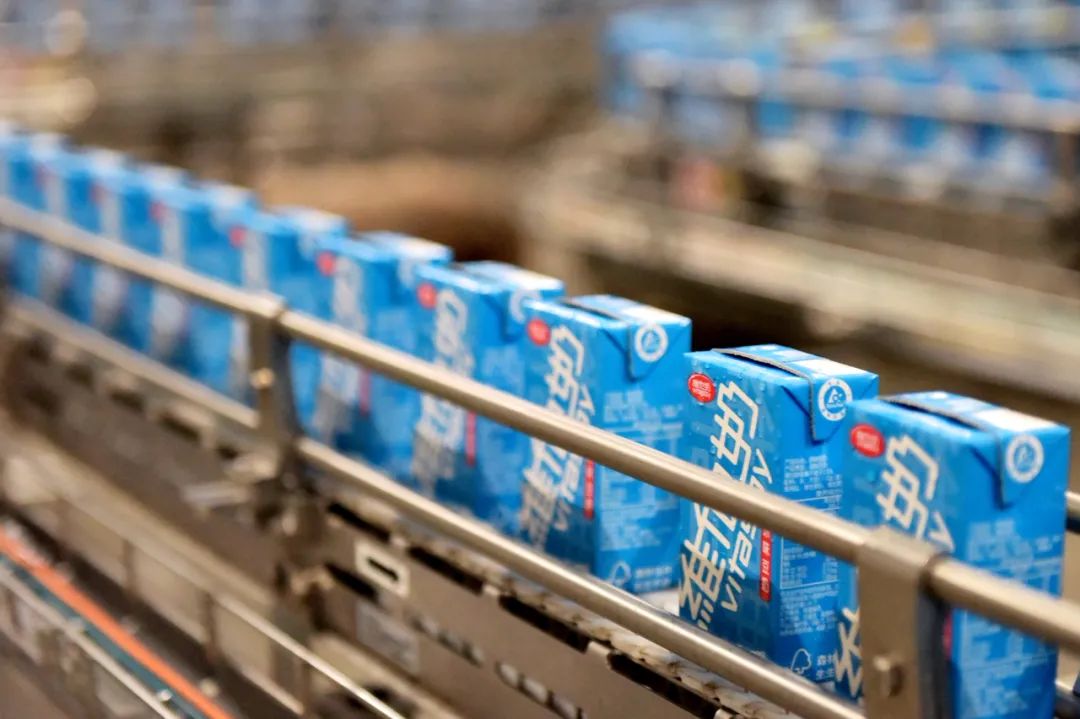 Su Qiang said that in the future, Vitasoy online will popularize the concept of reasonable diet and nutrition knowledge through small video stories and other popular ways, combined with offline activities such as walking into the campus.

In the face of the emerging new consumer brands in the field of domestic plant-based drinks, he believes that new cutting-edge brands and the agitation of giants outside Shanghai undoubtedly aggravate the competition in the domestic plant-based beverage market. On the other hand, from the perspective of sustainable development solutions, plant-based products still have huge space and development potential to tap.

“Looking at milk and vegetable milk together, it has a market scale of US $33 billion in China. It is a very large super category, in which vegetable milk will have better growth potential.” Su Qiang believes that the important source of Vitasoy’s future growth comes from the continuous expansion of the market share of plant-based milk. 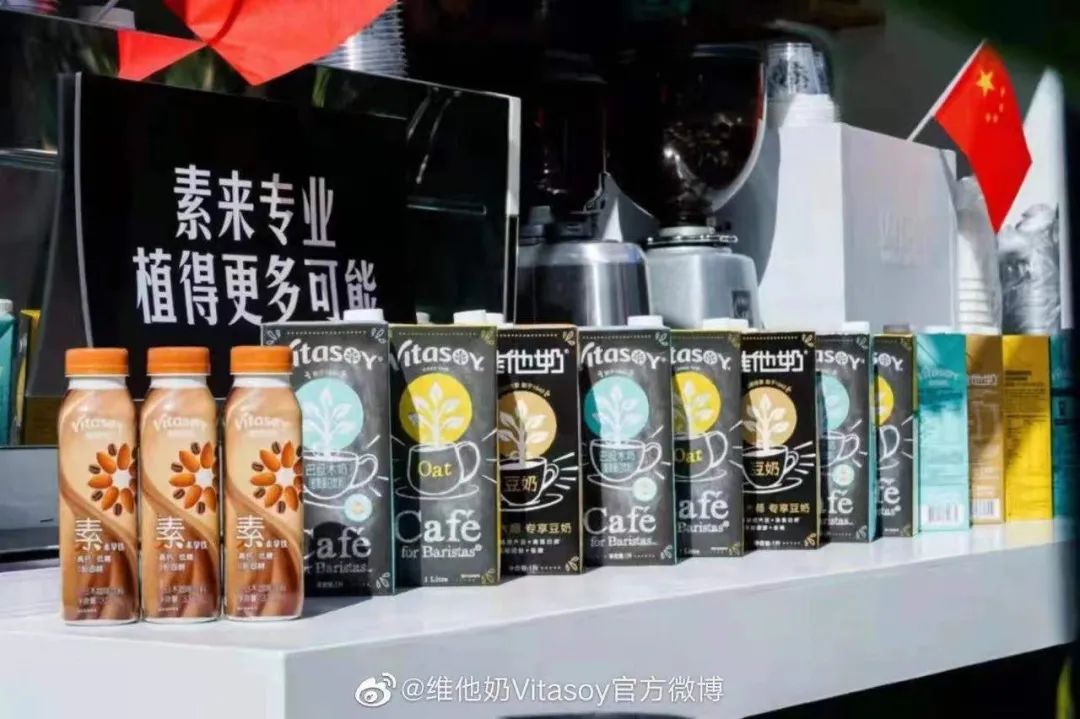 Xiaoshidai learned that according to the analysis report on the development of plant-based industry released by star chart data in December, the financing amount of alternative protein will reach US $3.1 billion in 2020, of which the plant protein industry accounts for nearly 70%, and the total amount of “gold absorption” is three times that of 2019. By 2024, the global plant-based market is expected to be US $35.5 billion, with a compound annual growth rate of 15%.

In addition, China’s vegetable milk market will be about 55 billion yuan in 2020, and the compound growth rate is expected to be 2.4% from 2019 to 2024. From the perspective of domestic e-commerce channels, soybean milk ranks first in online sales with a market share of 46.8% among the sub categories of vegetable milk; Oat Milk grew more rapidly, with a year-on-year growth rate of 280%.

He also talked in detail that the focus of category conversion is also different for different market forms. Taking the Guangdong market as an example, Vitasoy milk has a very strong market position. Therefore, the company focuses on the high-end of soy milk and will also look for more opportunities in plant dairy products other than soy milk. 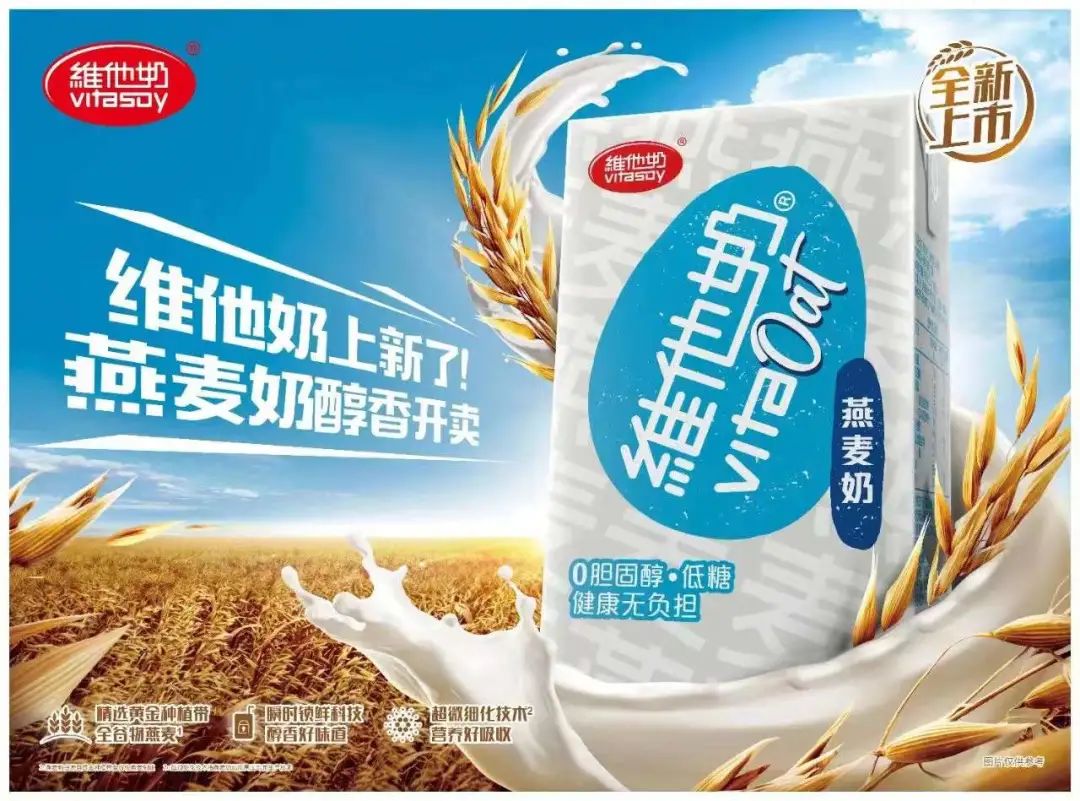 “For example, oat milk is very important. There is even more market space than soybean milk. On the one hand, the scale is larger than soybean milk, and the second growth space will be better. We also have good oat milk products, which will also be an important category to promote the growth of vegetable milk market share in the future.” Su Qiang said.

In addition to expanding its business, Vitasoy also has a new vision for sustainable development. 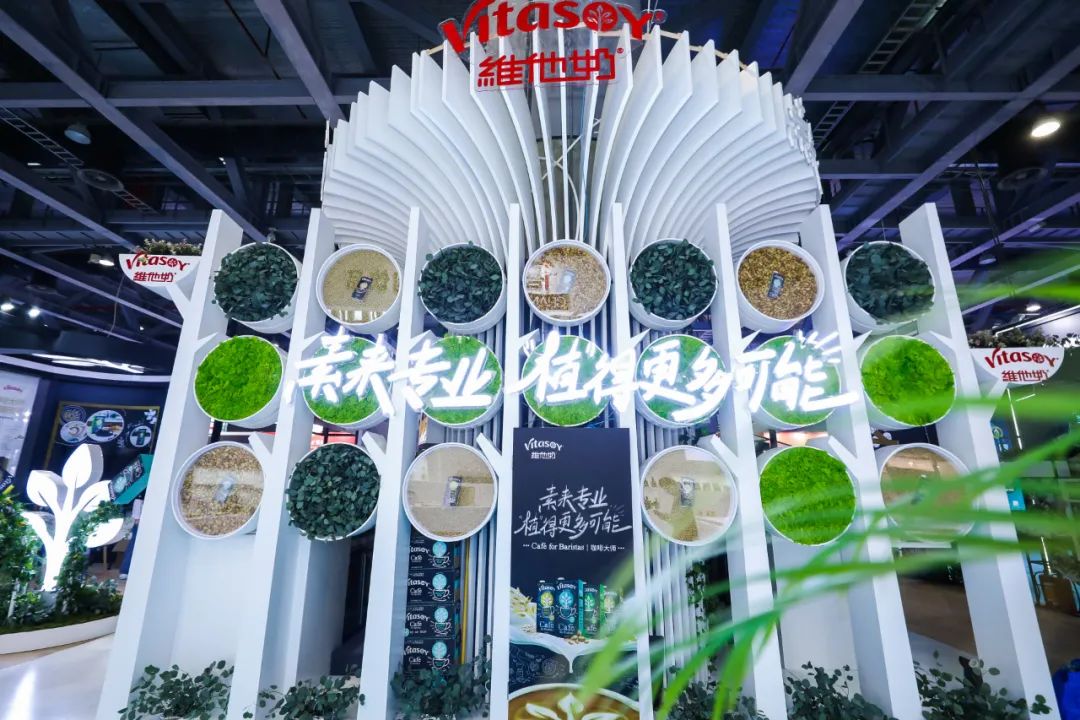 He also pointed out that with people’s attention to climate change and social issues, seeking sustainable development solutions is also a “must answer” for all enterprises in the development process. Enterprises in China, the Asia Pacific and the world need to submit their own answers. Vitasoy hopes to become a leader in the ESG field in the future.

“Vitasoy will combine the experience accumulated over the past 80 years and the spirit of continuous innovation to contribute to the health and well-being of people and society in China, Asia and other markets, as well as to promote the sustainable development of the earth.” Su Qiang said.

Pay attention to “snack generation” (wechat: foodinc) “and reply to” Vitasoy “to see the wonderful news.