Today, there is a rumor that “Meisu Jiaer under fislan was sold to new hope Dairy”. In this regard, the relevant person in charge of the new dairy said to the snack: “no, it’s untrue news.” Previously, fislan confirmed that it would conduct a strategic review of the brand. Its headquarters spokesman introduced to the snack generation last week that this review is applicable to the global business of the brand and is expected to be completed within 2022. Reuters quoted market news earlier that fisland may officially start the relevant process in early January and has sent information to potential investors. (snack generation)

Today, when attending a forum in Guangzhou, Lu Minfang, President of Mengniu Group, said that under the economic situation this year, in the face of objective factors such as rising raw material costs and trade frictions, the main way for the dairy industry to maintain quality, price and supply, grasp the bottom line of people’s livelihood and create an “endogenous driving force for high-quality development” is to constantly improve the digital level. (issued by the company)

Recently, Da manor Meat Industry Group Co., Ltd. (hereinafter referred to as “Da Manor”) has updated its prospectus. Da manor plans to raise 1.475 billion yuan in this IPO. Except that 383 million yuan will be used for the intensive processing project of Da manor’s central kitchen, the rest will be used for Da manor (International) high quality animal protein smart Industrial Park and other projects. It is reported that in the fourth equity transfer of Grand Manor in December 2020, Chen Xibin transferred 9.26% of his equity to Leng Youbin, chairman and CEO of Feihe, at a transfer price of 200 million yuan. Leng Youbin became the second largest shareholder of Grand Manor. Grand Manor is a company specializing in cattle and sheep slaughtering, meat processing and self owned products Brand chain Monopoly and international trade modern food enterprises, including Haidilao, Yonghui, yum and other well-known enterprises, are the customers of Da manor. (blue whale Finance)

In response to the question that some investors could not buy Yougan lemon tea in Shenzhen on the investor interaction platform today, Dongpeng beverage said that the citrus lemon tea was in the normal production and sales state, and the packaging was upgraded and the taste was optimized in September 2021. From October 2021, new products were gradually launched in the Guangdong market, Temporary shortage in individual stores is not excluded. (Daily Economic News)

Wuliangye: it is planned to carry out capacity expansion and technical transformation of workshop 523

Yesterday, Wuliangye announced that the board of directors agreed to carry out capacity expansion and technical transformation of 523 workshop, with a planned land area of 33 mu. The main construction contents are new pits and related supporting facilities. The total investment of the project is estimated to be 84.526 million yuan. (company announcement) Recently, Yuanqi forest and Disney cooperated across the border again to launch the exclusive milk tea in 2021. Full of vitality milk tea adopts the image of Disney Tigger in the packaging design of limited milk tea. It has launched two flavors: thick milk peach and fresh coconut. (Xianning News Network) 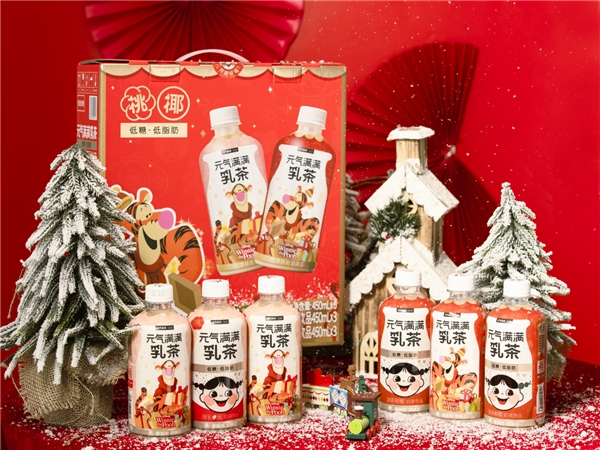 According to US media yesterday, kraft Heinz may raise the prices of some products by 20% in the US market. The company said that the average price increase of kraft Heinz products was 5%. In addition, some products, such as grey Poupon mustard, will increase prices by 6% to 13% because their production costs have increased by 22%. （nypost）

Kopi kenangan today announced that it raised US $96 million in the first round of round C financing, making the company’s valuation exceed US $1 billion. This round of financing was oversubscribed, led by tybourne capital management, followed by existing and new investors such as horizons ventures, Kunlun and B capital, Falcon edge capital. Kopi kenangan is a fast-growing new retail catering chain in Indonesia, famous for its coffee. (AP)

According to livetrade, the operator of Bordeaux index, champagne accounted for 15 of the top 20 increases on the platform in 2021. In 2002, the prices of salon Le menelle champagne on livetrade and liv ex, another wine platform, soared by more than 80% in 2021. At present, the price is about 11700 pounds (US $15700) per bottle. (Reuters)

According to China food news today, the development of cheese market gradually tends to be snacks. At the product level, there are great market opportunities in subdivided fields. From the current situation, cheese is not only limited to children’s cheese and catering, but also has good applications in milk drinks, tea drinks, snacks and so on. Snacks with pure cheese as raw material will become a new choice for the new generation of young people. Like cheese and potato chips, they are loved by many consumers. With the development of technology, the quality of cheese will be further improved, and the subdivision positioning of brand products will be more and more clear. (China Food News)

Mutual treasure announced that it would be closed on January 28

Following the cessation of operation of several platforms, mutual treasure today announced that it would officially stop operation on January 28 next year, and announced the shutdown plan. (Beijing News)

Yesterday, baidu officially released the first domestic yuan universe product “Xi land”, Baidu create 2021 (Baidu AI Developer Conference) will be held on this platform. It is reported that Baidu has reached an agreement with chip head player NVIDIA to jointly build Ai metauniverse. It is reported that the current release is “xirang – version 6.0”. Since the project was launched in December 2020, Baidu has also launched versions – 7.0 and – 6.5 in March and August this year respectively. (Fortune Chinese network)