At the end of the year, KFC, which has been trying to realize sustainable development, handed over a meaningful “year-end report”.

At the beginning of this month, KFC launched a carbon reduction and environmental protection activity with the theme of “natural ‘carbon detection’ starting from zero”. Recently, the activity officially ended and handed over a gratifying report card.

Xiaoshidai learned that since KFC launched the action of “natural ‘carbon detection’ starting from zero” in early December, more than 28.38 million KFC members across the country have participated in the carbon reduction action. Through 63.18 million card punching and carbon reduction behaviors, it has reduced 145 tons of carbon on the earth and contributed to the goal of “net zero emission”. The activity triggered more than 85 million topic reading and Discussion on the whole network. The topic of energy conservation and emission reduction has such a great charm. What “story” is hidden behind this phenomenon?

In order to actively respond to climate change, China has put forward the “double carbon” goal of carbon peak and carbon neutralization, and the concepts of “carbon reduction” and “carbon neutralization” have been raised and popularized among the public.

The survey of Aowei forum in July 2021 pointed out that Chinese consumers attach great importance to the challenge of emission reduction and are ready to take action. The survey shows that 89% of respondents believe that the commitment of enterprises to reduce emissions and achieve net zero emissions is important or very important, and the commitment of enterprises to reduce emissions will affect their willingness to buy relevant goods or services. 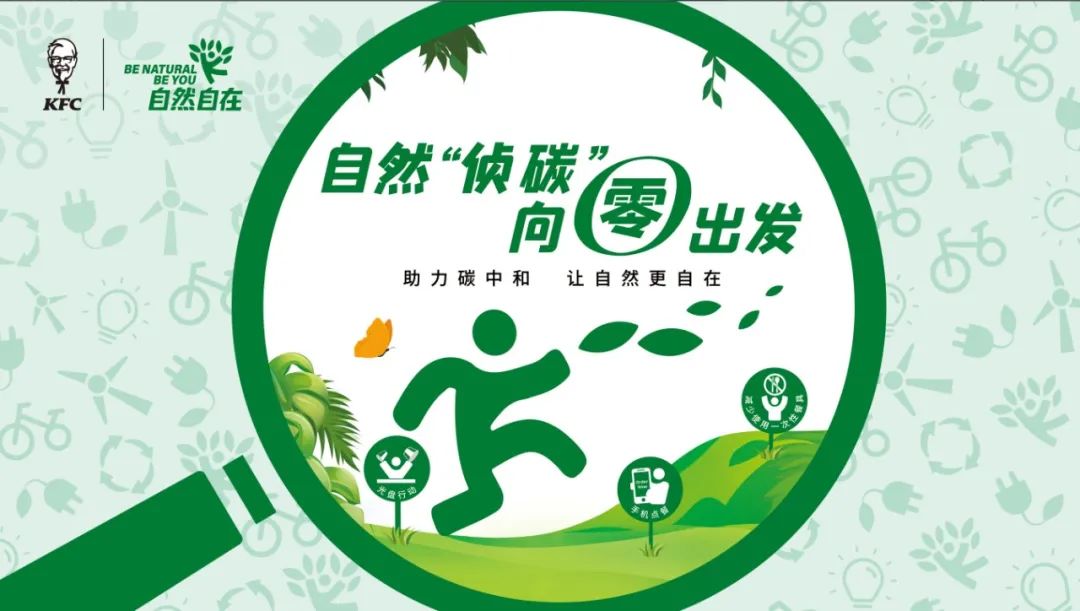 How to implement the “carbon reduction behavior in daily life” and reduce the public’s understanding threshold of “carbon neutralization”, a rare public welfare word, KFC played the following “combination fist” in this activity.

First, set up an interesting reward interaction mechanism. KFC encourages users to participate in the “carbon detection” activity on the super app. They can get the corresponding “carbon bean” as a reward by discovering daily readily available carbon reduction behaviors, such as buffet ordering, not using disposable tableware, restaurant CD-ROM and garbage classification. 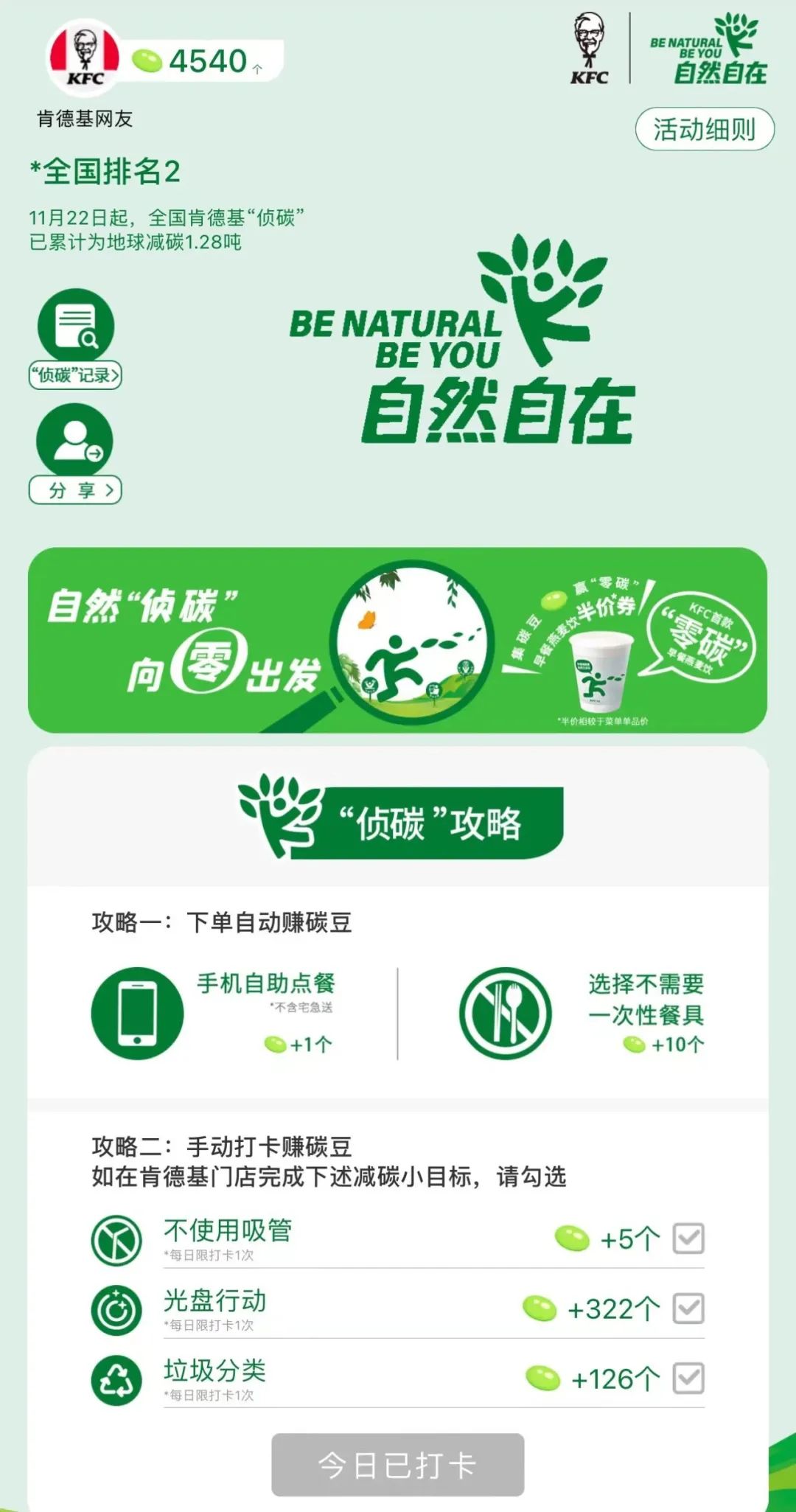 Secondly, transfer the concept of carbon reduction from different dimensions. In the action of “natural ‘carbon detection’ starting from zero”, KFC took more than 7900 offline restaurants and online platforms as a window to actively disseminate the concept of low-carbon environmental protection to the public, and created the first “zero carbon” [1] product – breakfast oatmeal drink, which brought more sustainable consumption choices with delicious and comfortable for the public, Call on more people to pay attention to and join the “carbon reduction action”.

It is reported that the full life cycle carbon footprint of breakfast oatmeal products sold by KFC restaurants in December 2021 will be neutralized by afforestation. KFC will join hands with China Green Carbon Sequestration foundation to carry out the “KFC ‘natural’ carbon harmony forest” project in Baoshan City, Yunnan Province, so as to contribute to combating climate change. This also helps more consumers better and more intuitively understand the concept of environmental protection and carbon reduction. 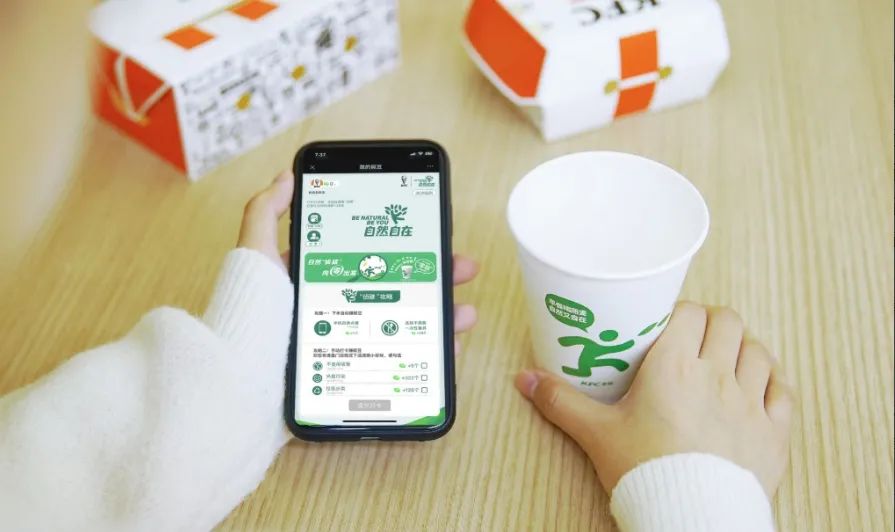 In addition, we carried out creative interaction online, invited two brand spokesmen to bring “clues” to carbon reduction, called on the public to improve carbon reduction awareness, advocated the concept of low-carbon life, and encouraged the practice of every environmental protection behavior that makes nature more comfortable.

Through the above “combination boxing”, the activity will be very popular once it is launched. Moreover, the concept of environmental protection and carbon reduction and daily carbon reduction behavior are also understood and mastered by more people through activities.

Under the environment of jointly helping “carbon neutrality”, KFC actively practices corporate social responsibility, continues to pay attention to the ecological environment, optimizes its own environmental protection public welfare measures, communicates the green concept with the “language” of people-friendly life, and gradually deepens the link with consumers. 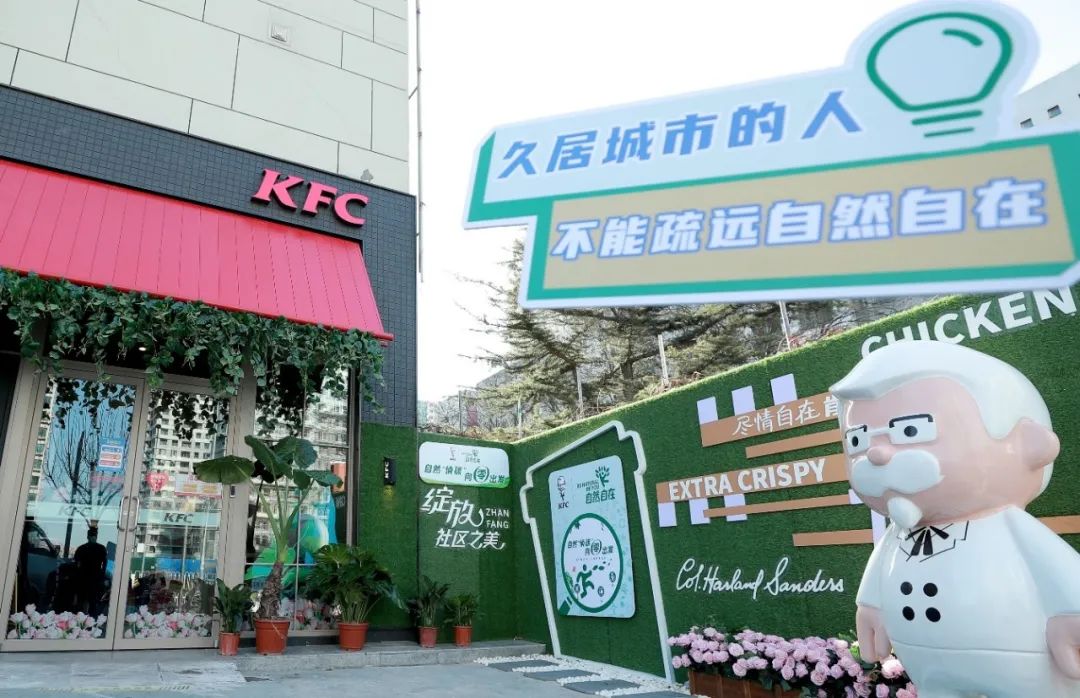 In December 2021, KFC restaurants in many places across the country simultaneously launched the activity of “starting from zero in natural ‘carbon detection”, radiating and driving more people to understand the concept of carbon reduction and accept and practice the daily low-carbon behavior in life through various offline interesting public welfare activities.

The snack generation noticed that the public welfare activities organized by KFC in each city have their own characteristics and highlights, so that people can practice green life in the fun experience of “tricks”.

When green “blooms” in front of you, you can immerse yourself in nature without hiking. Low carbon incarnates the new trend of urban aesthetics. In Beijing, KFC’s first community natural theme restaurant in Beijing appeared in Fengtai Yihai home community. With exquisite and elegant indoor layout and various art paintings made by green branches and leaves, this community natural theme restaurant is like a “natural” Art Museum, combining “low carbon, public welfare, art” and other elements in the catering space. The beauty of comfort is irresistible.

On the same day, community residents also experienced a variety of “natural ‘carbon detection’ starting from zero” activities, improved their awareness of carbon reduction in a beautiful atmosphere, and experienced the physical and mental freedom brought by the concept of green and low-carbon life. 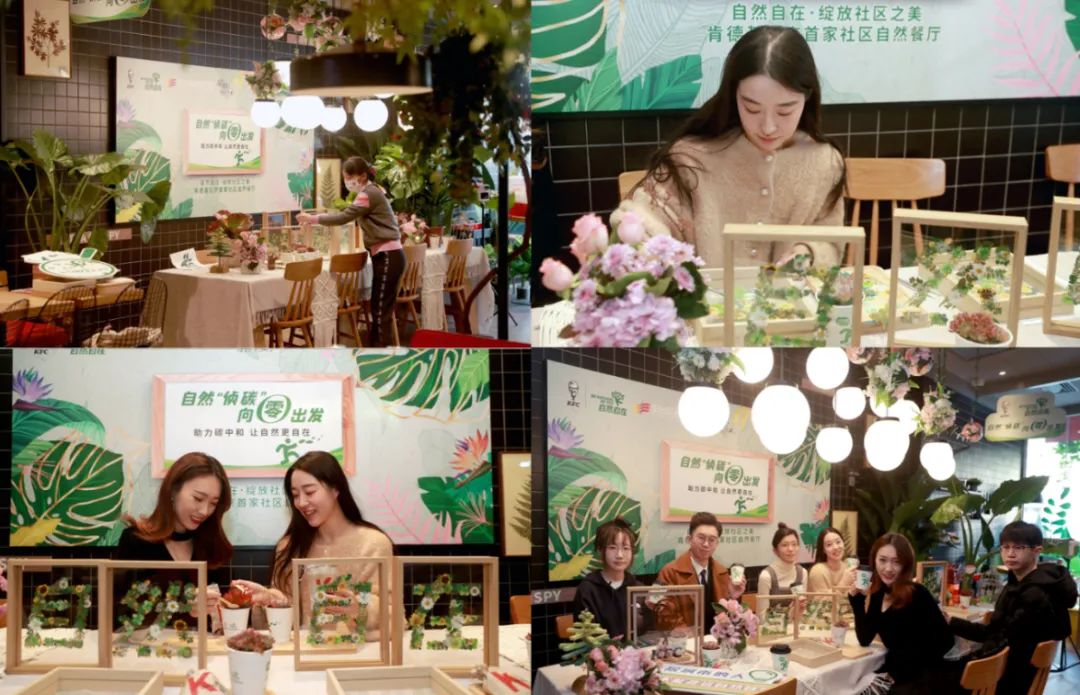 With “Scene reproduction, immersive role-playing and practical emotional experience”, the popular screenplay is popular among the current young people. It is said that “life is like drama and drama is like life”. Guangzhou college students gathered in KFC restaurant, put on “detective hat” and held a magnifying glass to incarnate the “natural carbon detection” group. They carefully searched for various low-carbon phenomena in the restaurant, carefully looked for clues, PK speed, the joy of acquiring new knowledge, mixed with a slight sense of excitement like a competition, and the immersive experience from outside to inside kept the keyword “low carbon emission reduction” in mind.

Facing the unfamiliar terms of “carbon peak”, “carbon neutralization” and so on, Cai Guotian, a researcher and doctoral tutor from Guangzhou Institute of energy, Chinese Academy of Sciences, reproduced the academic classroom on site, with accurate explanations for rapid absorption by the audience. This group of young people in their early twenties may soon be the online and offline “pioneer group of low-carbon concept interpretation”. 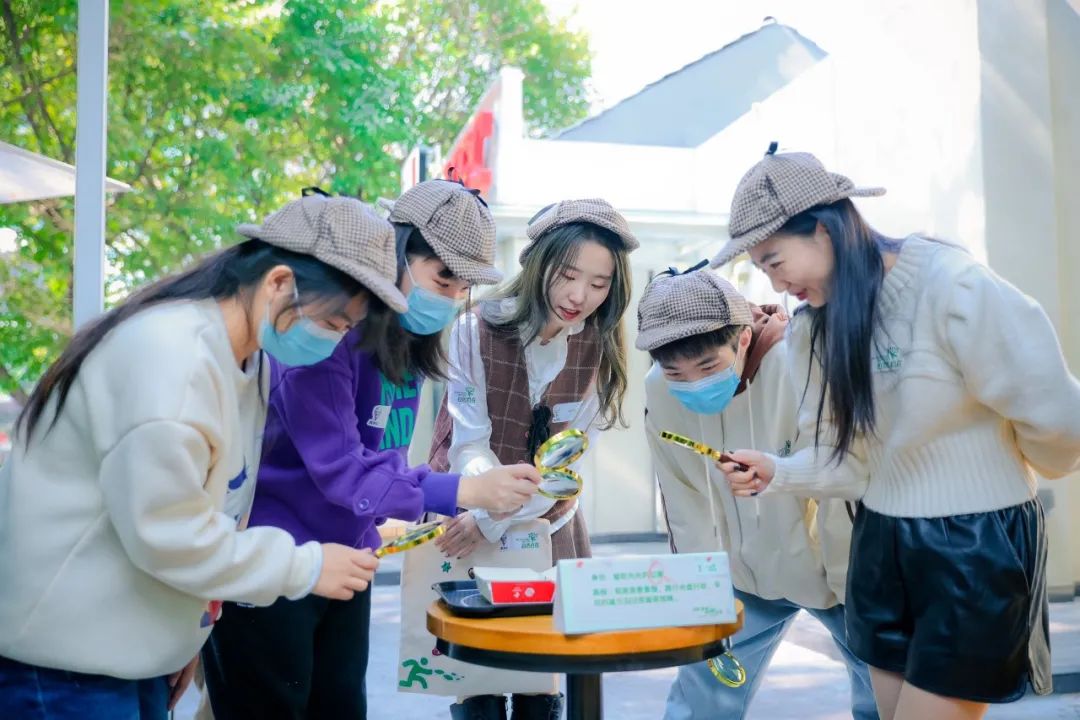 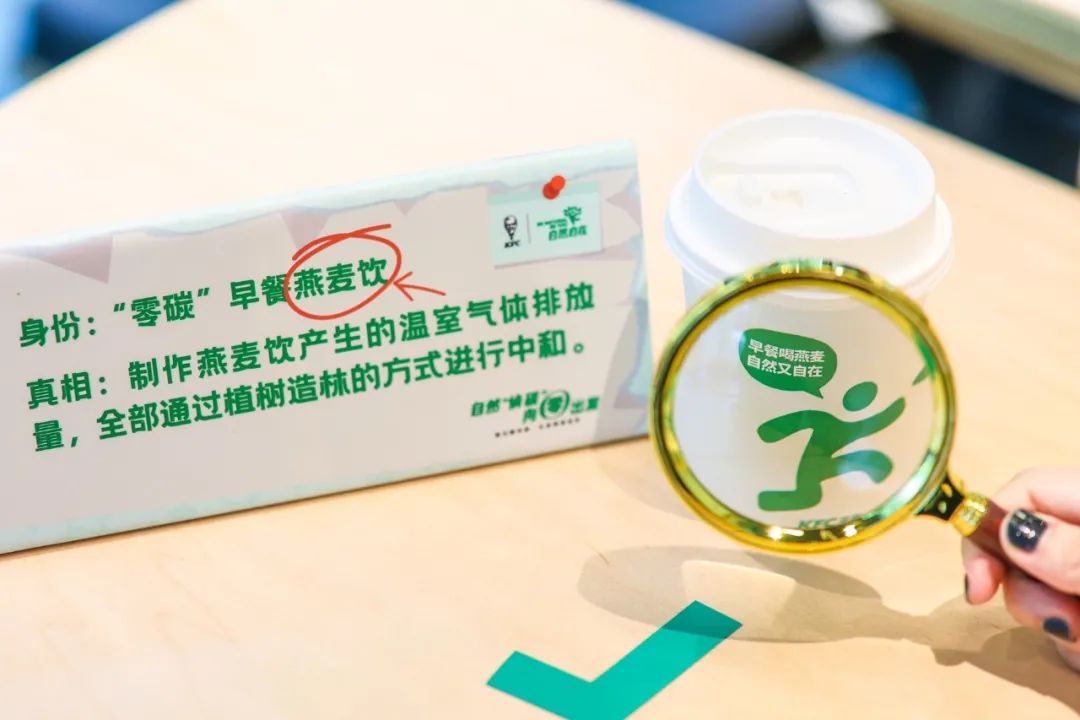 National fashion, ancient customs, scientific and technological exploration, and diversified social styles help public welfare communication. In Nanchang, tiktok is master of the WOW, a member of the KFC’s “sneak” restaurant, and finds all kinds of low carbon traces from the table, the front desk and other places. 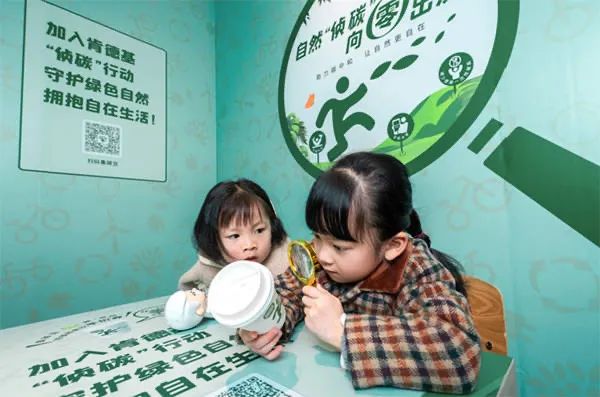 Green concept meets the perspective of innocence, and fresh creativity shows more possibilities. Small campers from Wuxi children’s palace camp and “garbage sorting” dolls issued a call for carbon reduction and environmental protection. The children in Fuzhou, together with their parents, began to “refit” wood tableware and other dining materials in the KFC environmental protection theme restaurant in the University City, learned environmental protection knowledge in fun, and accepted and recognized the concept of low-carbon life in action. 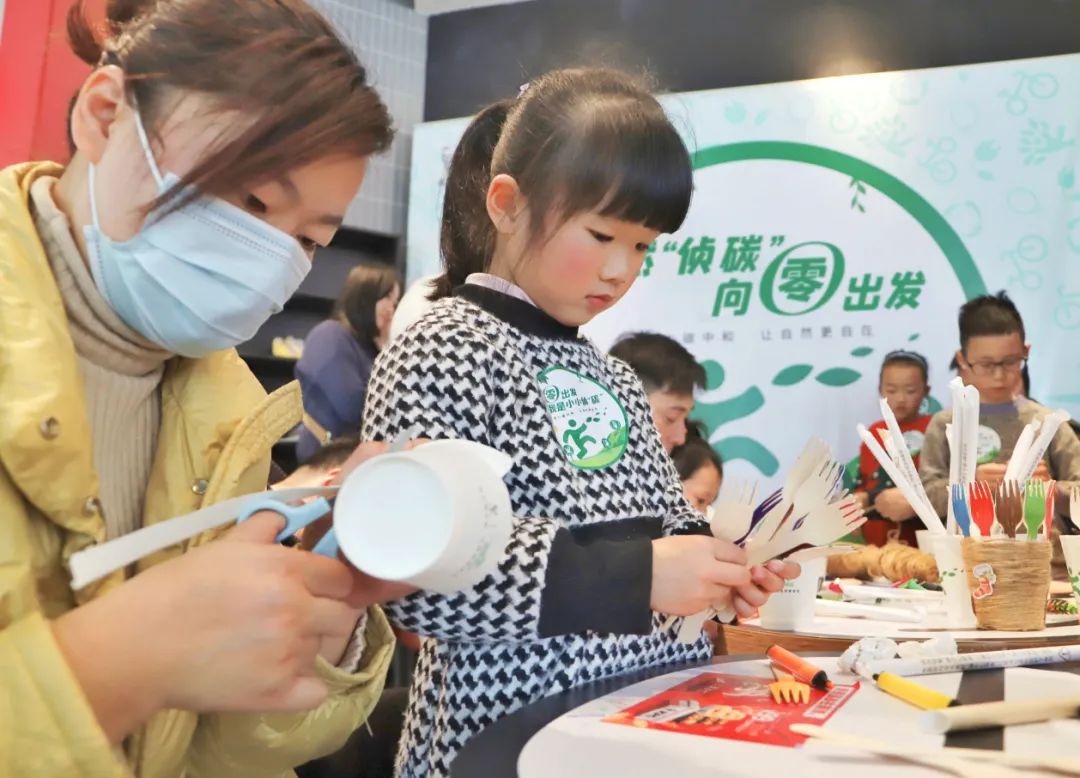 It is not difficult to see that, as one of China’s leading fast food chain brands, KFC not only implements the word “carbon reduction” in all aspects of national operation, such as continuous implementation of environmental protection actions such as packaging reduction, energy conservation and consumption reduction, plastic reduction and waste classification in stores across the country; More green public welfare, innovate a variety of easy “playing methods”, use the star effect, carry out community activities, attract attention, create social topics, improve people’s recognition, attempt and life enthusiasm for “carbon reduction and energy conservation”, and drive consumers to embrace a sustainable lifestyle.

Huang jinshuan, general manager of KFC China, said, “KFC has been committed to building green restaurants and promoting the sustainable development of society and environment for many years. How to drive more consumers to pay attention to and participate in them is an important consideration in promoting this work.”

The snack generation noticed that KFC worked together online and offline this activity, which attracted public attention and discussion. There were more than tens of millions of readings and discussions on relevant topics, and more than 120000 netizen interactions.

With the unremitting promotion of various organizations at home and abroad, the green topic has been accepted by the public and is getting closer and closer. However, the word “carbon neutralization”, which was born recently, has a serious and serious overall style, potentially increasing the cost of consumers’ understanding of it. How to pay attention to the relatively “remote” new public welfare topics with high traffic? KFC’s secret may be: “easy to do public welfare”.

KFC has always insisted on creating diversified public welfare scenes, reducing the threshold of public participation in public welfare, and allowing more people to join the major events of improving the earth’s environment through small things at hand. 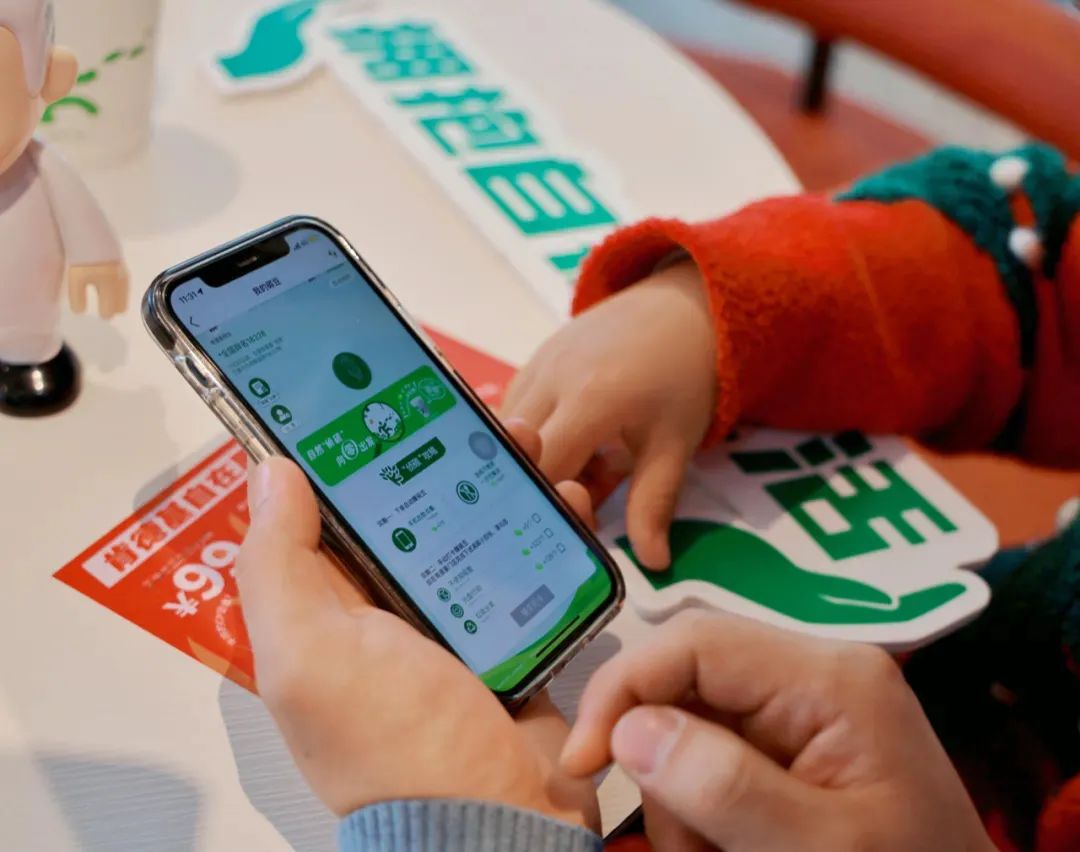 The “zero starting of natural ‘carbon detection’ is another innovative attempt of KFC to actively practice the concept of” natural freedom “and sustainable development. Starting from consumers’ daily ordering behavior, create a “relaxed public welfare model”; With “zero carbon” [1] products and “carbon bean” incentives, consumers’ awareness of “low carbon and environmental protection” is constantly strengthened. While meeting consumers’ needs for fun and entertainment, they can meet their environmental protection and carbon reduction achievements.

At the end of 2021, KFC’s proposal of “starting from ‘zero’ implies another layer of profound meaning, hoping to convey to the public that in 2022, we will go to the battle together, open a new low-carbon life, and jointly rush to the future of” natural freedom “.

[1] The carbon footprint of breakfast oatmeal drinks sold in KFC restaurants is certified by a professional third-party organization. Based on iso14067, the accounting boundary is the whole life cycle from raw material acquisition to packaging and kitchen waste disposal. It is estimated that during the period from December 1, 2021 to December 31, 2021, the breakfast oatmeal drinks sold in KFC restaurants across the country are expected to emit about 146 tons of carbon dioxide equivalent of greenhouse gases.