As the world’s top sports event, the Olympic Games is an important platform to show the brand image and expand the market. It has long been a battleground for strategists. Taking advantage of sports traffic to carry out marketing has also been very common. How to promote the Olympic Games and ice and snow sports, and form a high fit between the Olympic spirit and the brand core has become a difficulty in Olympic marketing and a test of the ability of the brand. 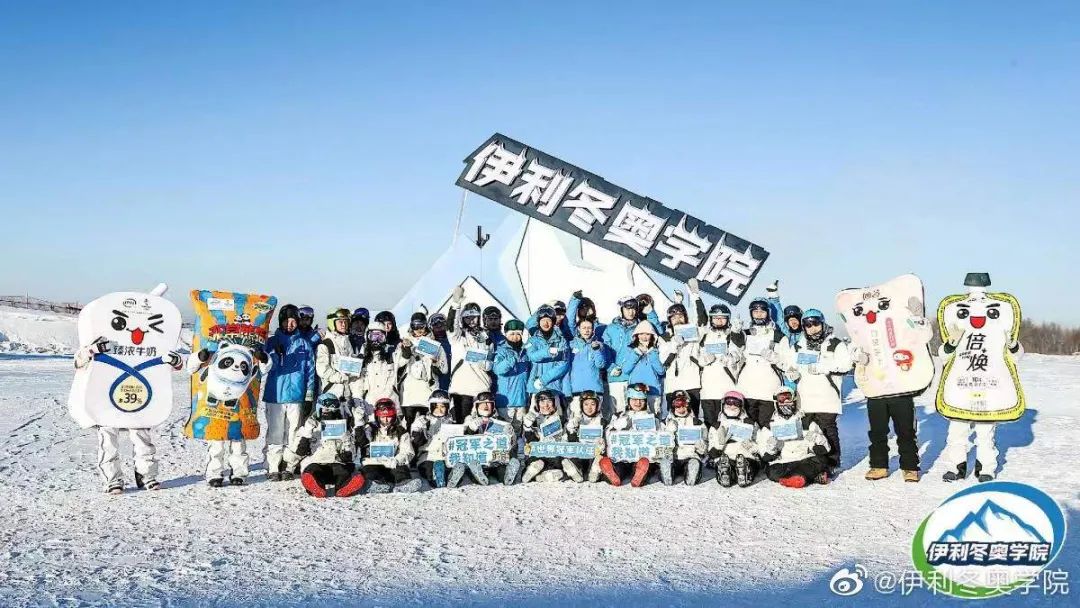 Not only Yili, another sponsor of the Olympic Games, Tsingtao beer, is also stepping up its sprint to Winter Olympic marketing. 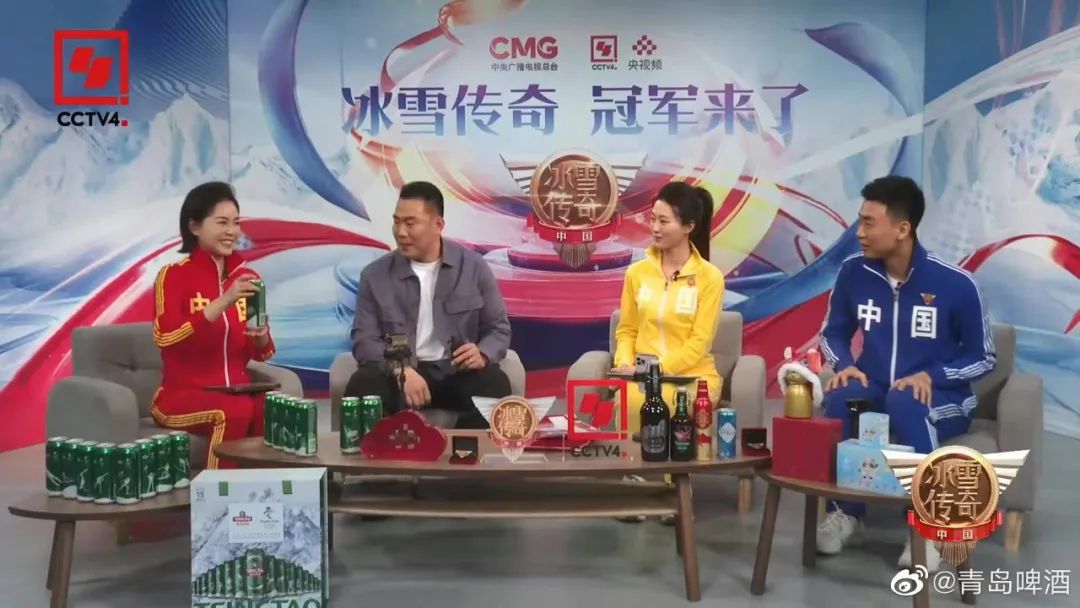 At present, not only Yili and Tsingtao beer, but also golden dragon fish, yum China and Yanjing beer have launched a series of “wars” to attract attention, including sponsoring variety shows, looking for endorsement of athletes and stars, launching promotional videos and online and offline interaction.

Behind such carefully built marketing, it can be seen that the Olympic Games contain great value and business opportunities. According to AI media consulting data, 95.4% of Internet users will pay attention to the Beijing Winter Olympics, which also shows that the Winter Olympics is a natural traffic entrance.

At the same time, the popularity of ice and snow sports in China is not very high, and some projects have not been carried out. When Beijing joined hands with Zhangjiakou to bid for the 2022 Winter Olympics, China made a solemn commitment to the world to “drive 300 million people to participate in ice and snow sports”.

This means that from the aspect of Winter Olympic promotion, brands have the opportunity and space to take advantage of the situation. The double Olympic sponsorship enterprises, including Yili, have advantages in products, markets and brands, and have many sales terminals at home and abroad. With these channels, they can provide great exposure to the Winter Olympic Games and ice and snow sports, and become an important force to promote “300 million people to participate in ice and snow sports”. So far, the Olympic Games is no longer just a simple traffic entrance. Simply taking advantage of the situation can no longer bring more value to the brand and attract the attention of consumers. Therefore, if you want to stand out in this marketing competition, the brand needs to know how to play with creativity.

From the current series of promotion carried out by various sponsors, they almost don’t want to repeat the Olympic feelings we are familiar with. Instead, they emphasize interaction, so that consumers can more actively participate in ice and snow sports, but also have a close emotional connection with the brand, so that the brand can be more embedded in the hearts of consumers.

Take Tsingtao beer as an example. In the habitual cognition of consumers, beer is better matched with “summer”, while Tsingtao Beer Winter Olympic ice and snow cans break through this cognition. This unconventional way can not only bring fun, but also make the promotion of ice and snow sports easier and facilitate the active participation of consumers.

Yili hopes to move your winter heart with “warmth”. In the short film “Yili Winter Olympic College”, we can see that the warm-hearted action of helping each other will not only permeate the brand’s own marketing, but also infect the public’s daily life. “When warmth begins to spread, it will illuminate the way forward”, which is also the brand value that Yili hopes to convey.

In addition, Yili has actually achieved the purpose of better communication and interaction with the help of the model of variety show + Winter Olympic college. If it is only a simple program output, consumers can only receive the popular science of Winter Olympic knowledge, but combined with the opportunity of actual participation, it is a wholehearted feeling. Only real interaction can better improve consumers’ favor and loyalty to Yili.

As the official partner of the Winter Olympic Games, the brand shoulders no small responsibility and mission. In addition to letting more people understand the Winter Olympic knowledge and participate in ice and snow sports, it also needs to speak for products with quality.

“Eating is training, and nutrition is combat effectiveness.” Compared with other sports, the training of ice and snow athletes is very difficult. How to achieve scientific diet and reasonable nutrition is the key for sports nutrition technology to help the Winter Olympics.

Yili is the only enterprise in China that meets the Olympic standards and provides dairy products for the Olympic Games. During the Beijing Winter Olympics, Yili was entrusted by the Institute of sports medicine of the State General Administration of sports and undertook part of the special work of “scientific and technological Winter Olympics”, and was responsible for the research and application of substitute food, instant food and sports nutrition for the Winter Olympics.

At present, it has launched a series of products to meet the nutritional needs of consumers, such as sugar free and high protein plant milk, Yixiao yogurt containing bl-99 active Bifidobacterium lactis, Miaozhi pocket cheese, new low-temperature yogurt “Changqing black standard protein time”. It is worth mentioning that “Changqing black standard protein time” does not add protein powder. The protein comes from the concentration of raw milk, which is more nutritious and natural. 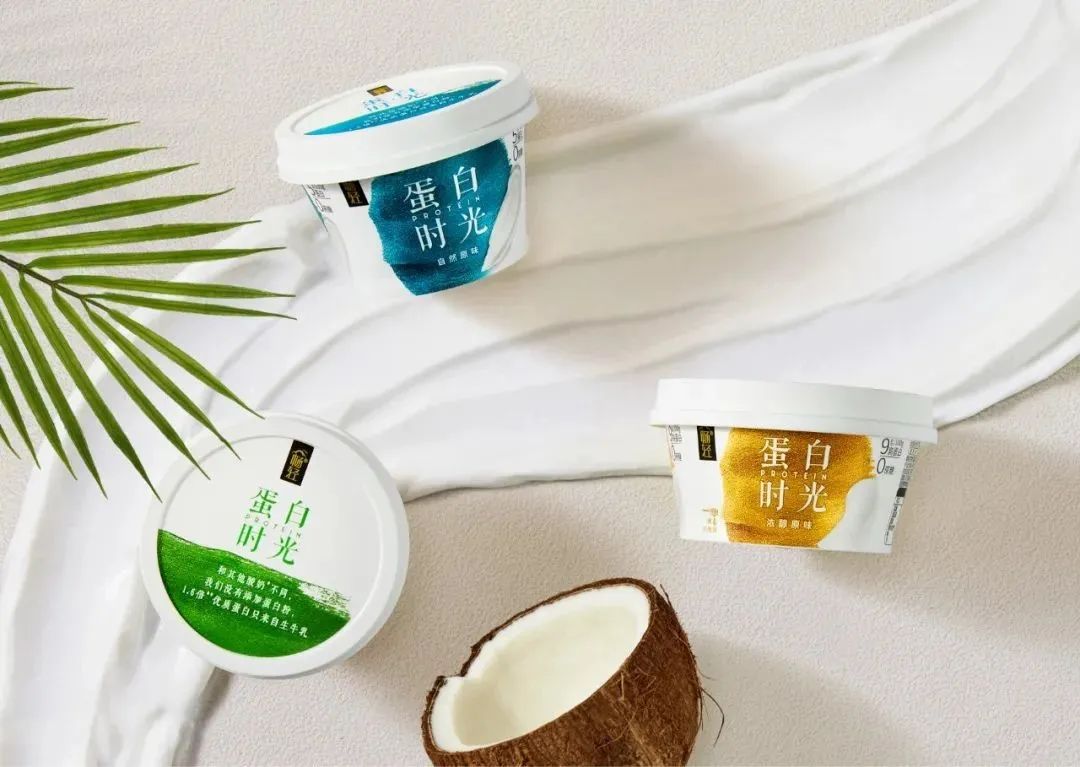 In the post epidemic era, with the new upsurge of Chinese consumers chasing healthy diet, Yili with Olympic quality has more possibilities to show value. As the Beijing 2022 Winter Olympic Games has entered the countdown, Yili will also uphold the Olympic spirit and contribute to the national health as a creator of quality, a promoter of ice and snow sports and a promoter of the Olympic spirit.