On December 30, on the day of leaving the old and welcoming the new, Yili released an advertising film with a big brain hole. The protagonist was “Li Fulai” (homonym “flag”) who starred in “see you in 100 days” during the 100 day countdown to the Winter Olympics, plus a box of milk that can cry, laugh and talk. This box of milk has a flag, which is to make itself more shining. The story revolves around Li Fu to help milk realize its new year’s wishes.

In the video, Li Fulai thought of the “shining” way, which is to use the current popular elements to wear “shining” clothes for milk, but when she brought her little milk to the dairy service guarantee team of the Winter Olympic Games, the sentence “what is the most important about milk?” A word awakens the dreamer.

For food, good-looking appearance is only a bonus item, and its own quality and nutrition are the most important. This is the first communication point of Yili’s New Year Video Transmission: as a dairy brand, quality is the key to achieve brilliance. 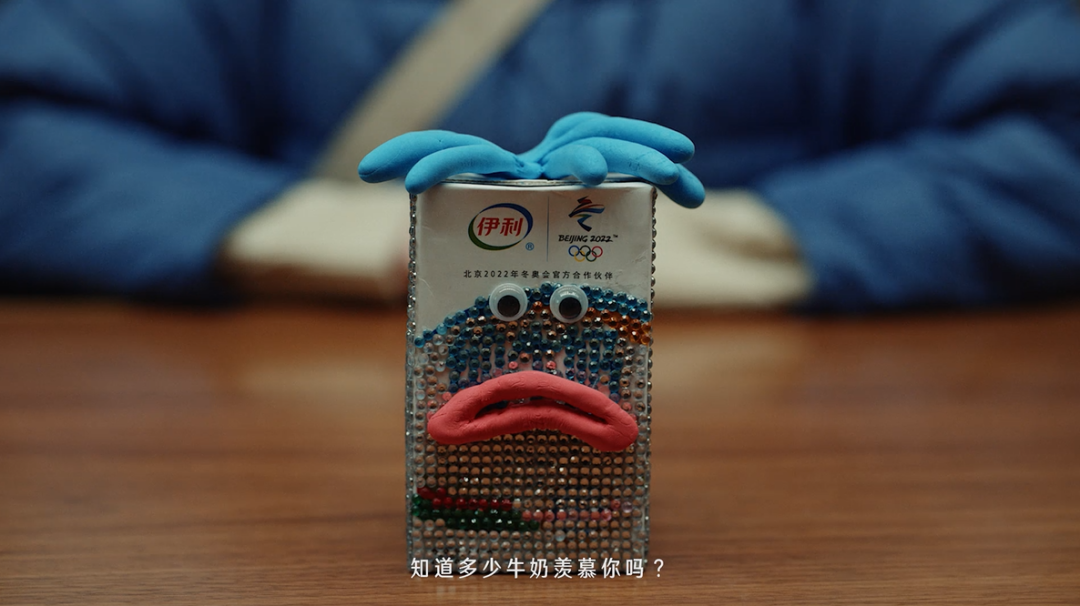 In the video, Yili’s staff also said: “the Winter Olympic Games will begin soon. Go and do your job.” From little milk’s puzzled look to the last expression of faith and relief, Yili’s new year proposition is ready to come out: the shine does not lie in the bright appearance, even for ordinary roles and small things, as long as you stick to the original intention and do the best you can do, you can shine everywhere – and as a box of Yili milk, you are on the post of serving the Winter Olympics.

In the short 3-minute video, Li Fulai and xiaomilk focused on all kinds of hilarious attempts to change the appearance at the beginning, and then focused on the most important essence of milk and the work it will devote to as a partner of the Winter Olympics. Yili completed the sublimation from a flag to brand proposition. Finally, returning to every audience in front of the video, little milk has found its own way and stage to shine. In 2022, it hopes to help more people shine together.

For most people, behind “being yourself” needs to struggle and pay day after day. Greeting the new year at the end of the year may be the day when everyone wants to set up a flag most of the year. “In 2022, set up a new year flag!” Facing such an invitation, every ordinary person will be touched.

In the era of traffic, “net red” is popular and “live” is rising. More and more people begin to look for opportunities to shine under the flash. The famous prediction of “everyone can become famous for 15 minutes” by Andy Warhol, a modern American artist, has become a reality pursued by many people. However, such a seemingly bright shining will make people gradually ignore their own work and forget their profession and original intention. 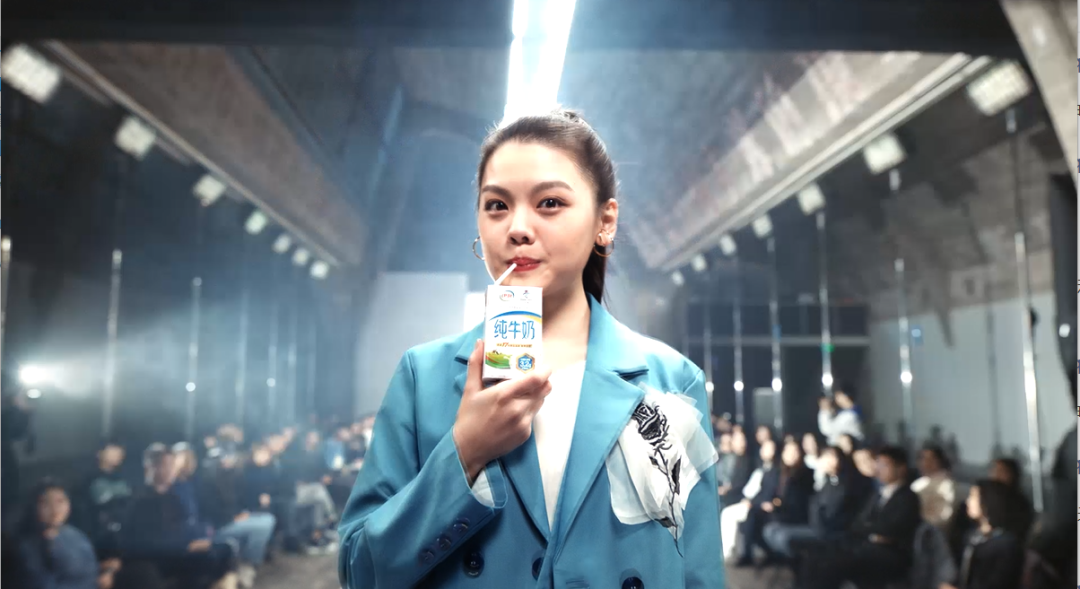 Yili aims at the current pain point at the right time, tells thousands of viewers with the change of xiaomilk’s thought, focuses on its most important thing, does every ordinary thing well, and will eventually usher in its own highlight moment. In this process, Yili is always with you who strive hard. This is not only the support and encouragement for ordinary people who work hard and live hard, but also a powerful declaration of “realizing self brilliance”.

For those who are confused about the current situation and the future, Yili’s new year advertising film may be a booster.

For Erie, “the most common thing” is quality. 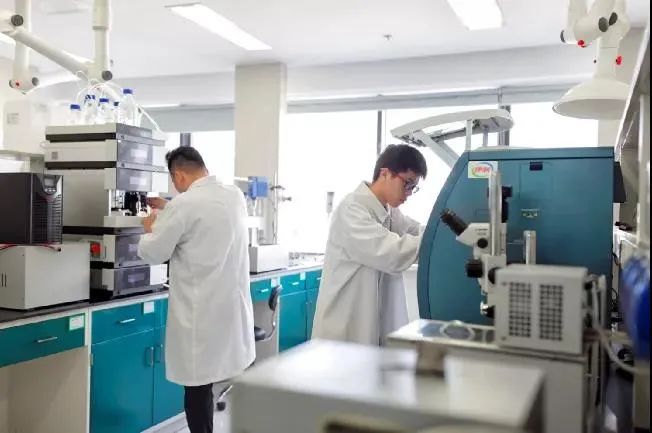 At the same time, innovation centers have been set up in Europe, America and Oceania. Yili has gathered global wisdom resources and continuously developed new products. High quality milk source + diversified product line, so as to meet the different nutritional needs of consumers.

It is this unremitting pursuit of creating excellent product power that makes Yili usher in one “shining” moment after another in the process of development.

Yili not only ranked first among the “top 10 most valuable dairy brands in the world” of brand finance, but also ranked first in Asia’s dairy industry for eight consecutive years in the list of “top 20 global dairy brands” released by Rabobank in 2021. Yili is the only Chinese dairy enterprise to enter the top five in the world.

The persistence and struggle for excellent quality and rich nutrition not only made Yili harvest one medal after another, but also made it a shining “star behind the scenes” on the Olympic field.

The origin of Yili and the Olympic Games comes from its Chairman Pan Gang’s understanding of the essence of sports. In his opinion, sports should serve people and be indistinguishable and related to all citizens, and the Olympic Games is one of the most appropriate events to carry this mission.

Therefore, as early as 2005, Yili focused on the Olympic Games and officially signed a contract with BOCOG, becoming the only enterprise in China that meets the Olympic standards and provides dairy products for the Olympic Games.

Over the past 17 years, in addition to providing Olympic quality products, nutrition guarantee and services, Yili has also used its own advantages in Olympic marketing, frequently created circle cases, shone a vivid brand image through two-way communication between brands and consumers, and helped China’s sports development and communication. 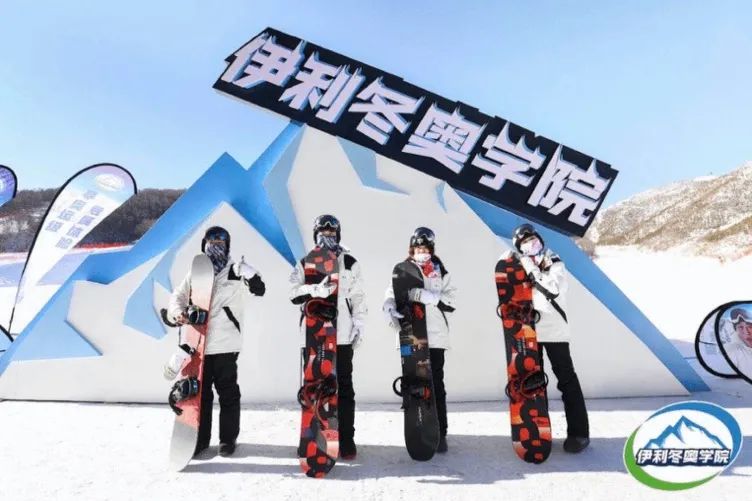 From 2005 to 2021, Yili has accompanied the Olympic Games for 17 years and integrated its own brand marketing and product marketing into the Olympic promotion. The Olympic Games, a stage with its own traffic, also allows Yili to gain a more shining Olympic Identity and brand image.

2022, the beginning of the Winter Olympics, will be a shining year for Yili and everyone. The last case of the explosion spread fermented by the advertising film “see you in 100 days” is also impressive. It is predicted that the newly released idea of “new year shine” will trigger the whole network discussion in a period of time.

The cleverness of Yili marketing is that it can grasp the social value that causes emotional resonance, leave thinking in the hearts of the audience, bid farewell to one-way output, increase the sense of participation, and let the brand enter the hearts of consumers.

Just as appearance can only add icing on the cake to the product, marketing can only have a shining foundation and significance on the basis of excellent product quality. Therefore, in the end, to realize the “shining flag”, we should return to the original heart and do the best we can and should do, just as Yili advocated at the beginning of the year – “Olympic quality, I shine at the moment”.