The price of tea Yan Yue color increased, and most milk tea products increased by 1 ~ 2 yuan

Today, tea yam Yue announced its brand WeChat official account. Since January 7, 2022, most of the brand milk tea products have risen 1 to 2 yuan. The selling prices of “Youlan latte” and “Shengsheng Oolong” will be 17 yuan and 16 yuan. The price of leisurely, floating for half a day, Zheng and paper kite will not rise this time. When talking about the reasons for the price rise, tea Yan Yuese said, “the raw materials and other costs in the market are rising year by year, and the dividends accumulated before can’t bear a series of superimposed costs.” (issued by the company)

Tim Hortons coffee (hereinafter referred to as “tims coffee”) has completed the price increase after new year’s day, with an adjustment range of 1-2 yuan. Similar to tea Yan Yuese, TIMS coffee staff told the reporter of new consumption Daily: “the price adjustment is mainly due to the consideration of market operation. The price of 9 commodities has been adjusted slightly, ranging from 1-2 yuan, which has kept the price of most products stable as far as possible.” (Financial Associated Press)

Today, Riqing food announced that it would increase the ex factory price of its main instant noodles in mainland China. The average increase percentage belongs to the number of medium units. It will take effect from March 1, 2022. Its products include Hewei cup noodles, qianyiding (packaging, cup and bowl noodles), Riqing pasta, La Wang, etc. Riqing food said that in the face of the cost pressure caused by the unstable supply of raw materials and soaring prices, the group has been trying to improve production efficiency and reduce expenditure to digest the rising costs. The Group believes that it is time to adjust product prices to more effectively offset cost pressures.

The price of some products of Ligao food increased, with a maximum price adjustment of 8%

LEGO Food Co., Ltd. today issued an announcement on the price adjustment of some products. After study and careful consideration, the company decided to adjust the ex factory prices of some main frozen baked foods and baked raw materials by 3% – 8%. The adjusted prices will be implemented according to the price adjustment notice of each product from January 4, 2022. (surging)

Wahaha responded to the price increase of AD calcium milk: there was no adjustment to the ex factory price of dealers

On January 5, in response to the news of the recent increase in the price of Wahaha AD calcium milk, the relevant person in charge of Wahaha told blue whale finance that Wahaha Group has not adjusted the ex factory price of dealers, but dealers may adjust the price according to their own situation. A few days ago, it was reported that the price of Wahaha AD calcium milk series would rise by 6 yuan / box, and the Guangdong market was the first to start. (blue whale Finance)

Mead Johnson China announced today in its WeChat official account that a train loaded with 41 containers from Europe, carrying 540 thousand cans of blue and platinum produced by the Holland plant, is expected to arrive in China in January 8th. This “Mead Johnson China Europe special train” is the first special train in the baby matching industry. (issued by the company)

Recently, Meiji dairy Tianjin factory project successfully achieved the established goal and was completed and delivered on schedule. Meiji dairy Tianjin plant is expected to be officially put into operation in 2023, and its sales will reach 1.71 billion yuan by 2027. The project covers an area of about 53700 square meters with a total investment of about US $300 million. It is mainly used to produce cold fresh milk, yogurt, cream and other products. The project is invested and constructed by Meiji dairy (Tianjin) Co., Ltd. and is the second dairy production and manufacturing plant invested and constructed by Meiji holdings in China. (TEDA, Tianjin Economic Development Zone)

Recently, industrial and commercial data show that Dongguan Nestle Co., Ltd. has changed its personnel, and its legal representative has been changed by Rochester. Why Wenlong. (snack generation)

Keming food: in the future, we will not rule out the industry layout with strong synergy with the main business, such as condiments

Keming food said on the interactive platform today that the company currently produces and sells steamed buns, steamed buns and other non noodle products. In the future, it will not rule out the industry layout with strong synergy with the company’s main business, such as condiments and prefabricated dishes. (36 krypton)

Ganyuan food announced yesterday that it plans to use its own capital of 20 million yuan to invest and set up a sales subsidiary in Hangzhou, Zhejiang Province. The sales subsidiary is called “Hangzhou Chun’an Ganyuan Food Sales Co., Ltd.” its business scope includes food Internet sales and artificial intelligence basic software development. Gan Yuan Food said that the establishment of Hangzhou sales subsidiary is conducive to optimizing resource layout and business development, and can promote the common development of the company’s business online and offline. (Beijing business daily)

For example, three coffee shops have been opened in Shanghai

Cuihua, a chain of tea restaurants, announced yesterday that it had launched its own takeout brand “Kuai Cui delivery” website in Hong Kong to provide takeout and pick-up services. The group said that the service can now be used in some stores and is expected to be extended to all branches in the first quarter of 2022. (Ming Pao)

KFC said yesterday that it would sell beyond meat vegetarian fried chicken in the United States within a limited time from January 10. Previously, KFC began to test market beyond’s vegetarian chicken in Atlanta in August 2019 and expanded to more regions the following year. (Zhitong Finance)

According to the Convention yesterday, in order to meet the growing demand for vegetarian cheese substitutes, Yizi International launched the first plant-based cheese product Philadelphia plant based under its cheese brand Philadelphia, which will be on the shelves this month at a price of £ 2.50/150g. （The Convenience） 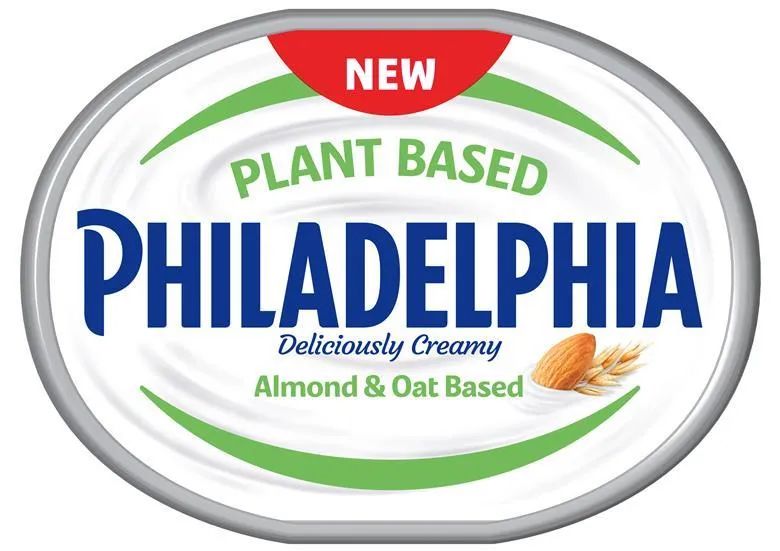 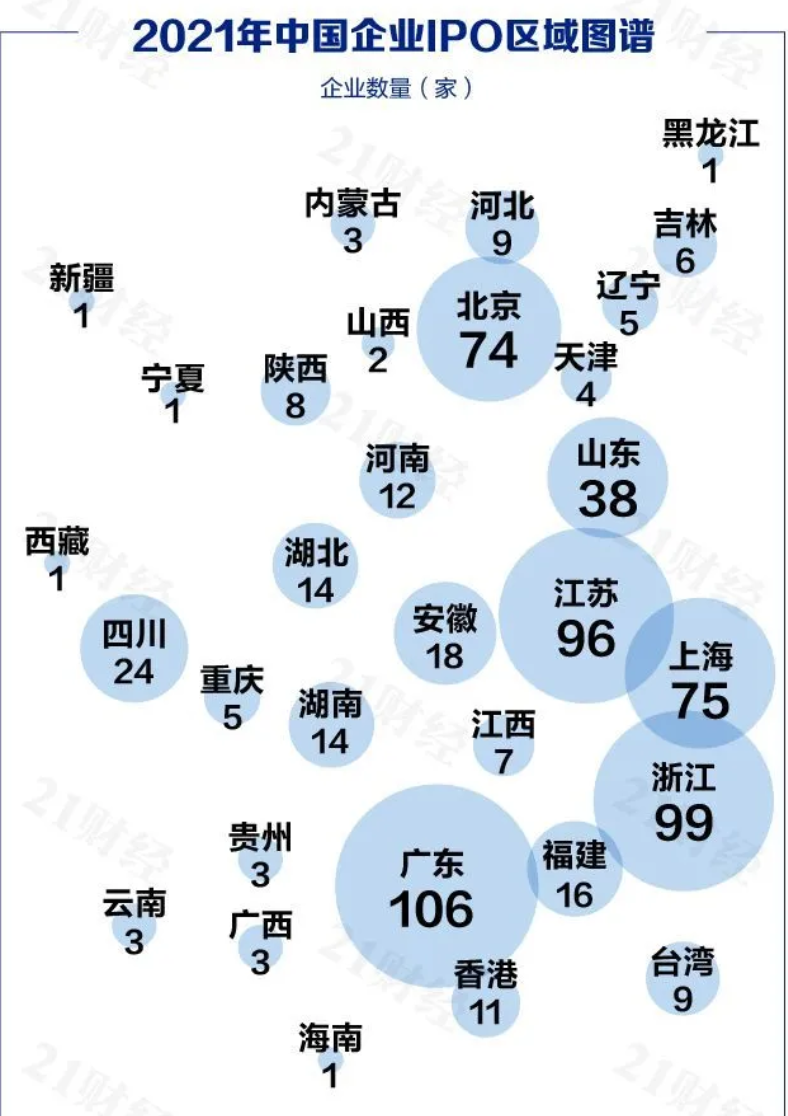 The website of the State Administration of Market Supervision announced 13 administrative punishment cases involving Tencent, BiliBili, Alibaba, jd.com and other related enterprises. Among them, due to the illegal implementation of business concentration, Tencent was fined 4.5 million yuan, Alibaba related companies were fined 1 million yuan, BiliBili was fined 500000 yuan, and JD related companies were fined 500000 yuan. It is worth noting that there are up to 9 administrative punishment cases related to Tencent. Details of the case are as follows: (blue whale Finance)

According to Tencent’s official website on January 4, Tencent announced today that it was conducting a transaction to reduce its 14492751 class A shares of sea limited, reducing Tencent’s equity in sea from 21.3% to 18.7%. Together with the proposed change in voting rights of shares, the voting rights held by Tencent in sea are expected to be reduced to less than 10%. According to public information, Singapore Donghai group (Sea Limited) owns three business segments: e-commerce platform shopee, video game platform Garena and seamoney. (Interface)

Yesterday, many fast hand internal staff said that Kwai Kwai opened a larger layoff from the end of last year, covering many business departments such as electricity providers, algorithms, internationalization, commercialization, games, A stations, etc., and the proportion of individual teams laid off was 30%. The layoffs have been Kwai done and have not yet been answered as of press release. Kwai has responded to layoffs, rumored to be a routine “business optimization”. (surging News)