Xiang Piao announced today that in view of the continuous rise in the costs of main raw materials, labor, transportation and energy, the company decided to adjust the price of solid brewing milk tea (including classic series and good material series). The price increase range of main products is 2% – 8%. The new price will be implemented according to the price adjustment notice of each product from February 1, 2022. (company announcement)

Today, nongnongshan spring made a sharp correction in early trading, with a decline of 12.50%. Last month, driven by events such as the equity incentive plan, the stock price rose by more than 15%. The stock closed today at HK $47.50, or 9.78%. (Zhitong finance and economics, snack generation)

Recently, Dongpeng beverage was asked in the investor relations activity why the North China market was lower than expected in 2021. The company said that the sales system of North China Business Division has a perfect space compared with other regions. At the same time, it is also related to consumers’ drinking habits; The company has also adjusted its personnel structure in 2022, integrated and improved resource efficiency, and hopes to achieve a better effect in the later stage. (company announcement)

On January 4, rangcha released a new product, alpine green tea. It is reported that this product is jointly developed by Professor Liu Zhengzheng, a well-known domestic tea expert, the “State Key Laboratory of tea biology and resource utilization” of Anhui Agricultural University. It is selected from the mountain ecological tea garden in Mengding Mountain, Sichuan, more than 1000 meters above sea level, and the National Tea variety Zhongcha 108 is preferred. In terms of taste, it follows the flavor of fried tea in the Tang and Song Dynasties, and selects the steaming process and baking process to make the taste less bitter and more sweet, so as to form the unique green tea flavor of rangcha · Gaoshan green tea; 100% raw leaf tea extract, 0 sugar 0 card 0 fat without adding flavors, no preservatives, healthy and refreshing, refreshing and refreshing. In addition, packaging design inherits the traditional Chinese style and is jointly created by many industry masters. The word “Gaoshan” was written by Ms. Qian Xiaocui, an independent calligraphy artist; The bottle shape is designed by Xiu Hao, former design director of LETV sports industry, winner of many international design awards such as red dot award and gooddesign; Bottle sticker illustration is drawn by Ouyang Pengjie, a new generation of Chinese pen painting leader. (issued by the company) 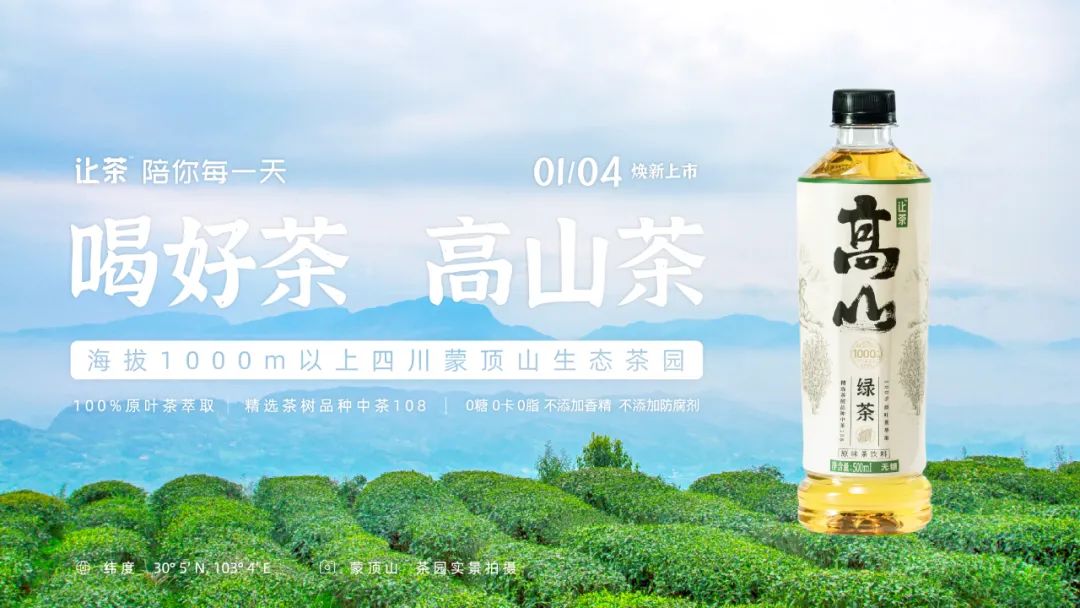 Wandashan Dairy transferred 6.6% of its shares at a valuation of RMB 4.869 billion

Wandashan completed the agreement transfer of 56176596 shares (6.6% equity) on December 30, with a transaction amount of RMB 321 million. The transferor of this equity is Beidahuang Investment Holding Co., Ltd. and the transferee is Heilongjiang Agricultural Investment Capital Management Co., Ltd. Based on the equity transfer price, Wandashan is currently valued at 4.869 billion yuan. (I knew it)

Recently, the share proportion of Haijiali golden dragon fish grain, oil and Food Co., Ltd. (hereinafter referred to as “golden dragon fish”) in Fengchu (Shanghai) Health Food Co., Ltd. (hereinafter referred to as “Fengchu health”) has decreased from 100% to about 86.11%. Fengchu health was established on October 14, 2021. Its legal representative is Tan AIK Peng, with a registered capital of 9 million yuan. Its business scope includes the wholesale of food additives. (snack generation)

This morning, the League of nations closed the daily limit. Guolian aquatic announced yesterday that it plans to raise a total of no more than 1 billion yuan for the central kitchen project of its subsidiary Guangdong Gome Aquatic Food Co., Ltd. and gradually transform its product structure to catering ingredients and marine food dominated by prefabricated dishes. (Securities Times, snack agent)

Yesterday, Thomson Beijian released the performance forecast of the annual report. It is estimated that the net profit in 2021 will be 1.600 billion to 1.905 billion yuan, with a year-on-year increase of 5.00% to 25.00%. (issued by the company)

Yesterday, Shuanghui development announcement signed a strategic cooperation framework agreement with muyuan Co., Ltd. the two sides will improve the industrial chain, enhance the value chain, open up the supply chain and improve product quality, efficiency and market competitiveness based on the purchase and sale of live pigs. (company announcement)

Recently, the new innovative cheese base project of miaokolando was officially announced to start. After the completion of the new project, miaokolando will have the largest cheese production base in China. It is understood that the miaokolando innovative cheese base project, which is under construction this time, covers an area of about 49.79 mu, with a construction area of 51117.55 square meters and a total investment of 800 million yuan. (dairy online)

Recently, Zhejiang Wufangzhai Industrial Co., Ltd. applied for the registration of several trademarks of “Wufang universe” and “Wufang Lingjing”, which are internationally classified as food and convenience food. The current trademark status is waiting for substantive review. (shopkeeper you)

“Shixiang” completed tens of millions of angel rounds of financing

Recently, yum China announced that its brand KFC China has launched a series of low-carbon and environmental protection publicity and promotion activities to advocate a sustainable lifestyle and further strengthen consumers’ awareness of low-carbon and environmental protection. As of December 20, 2021, during the three-week event, more than 28 million KFC members across the country have participated in carbon reduction actions. Through 63 million punch in carbon reduction actions, the cumulative carbon reduction for the earth is 145 tons. (issued by the company) 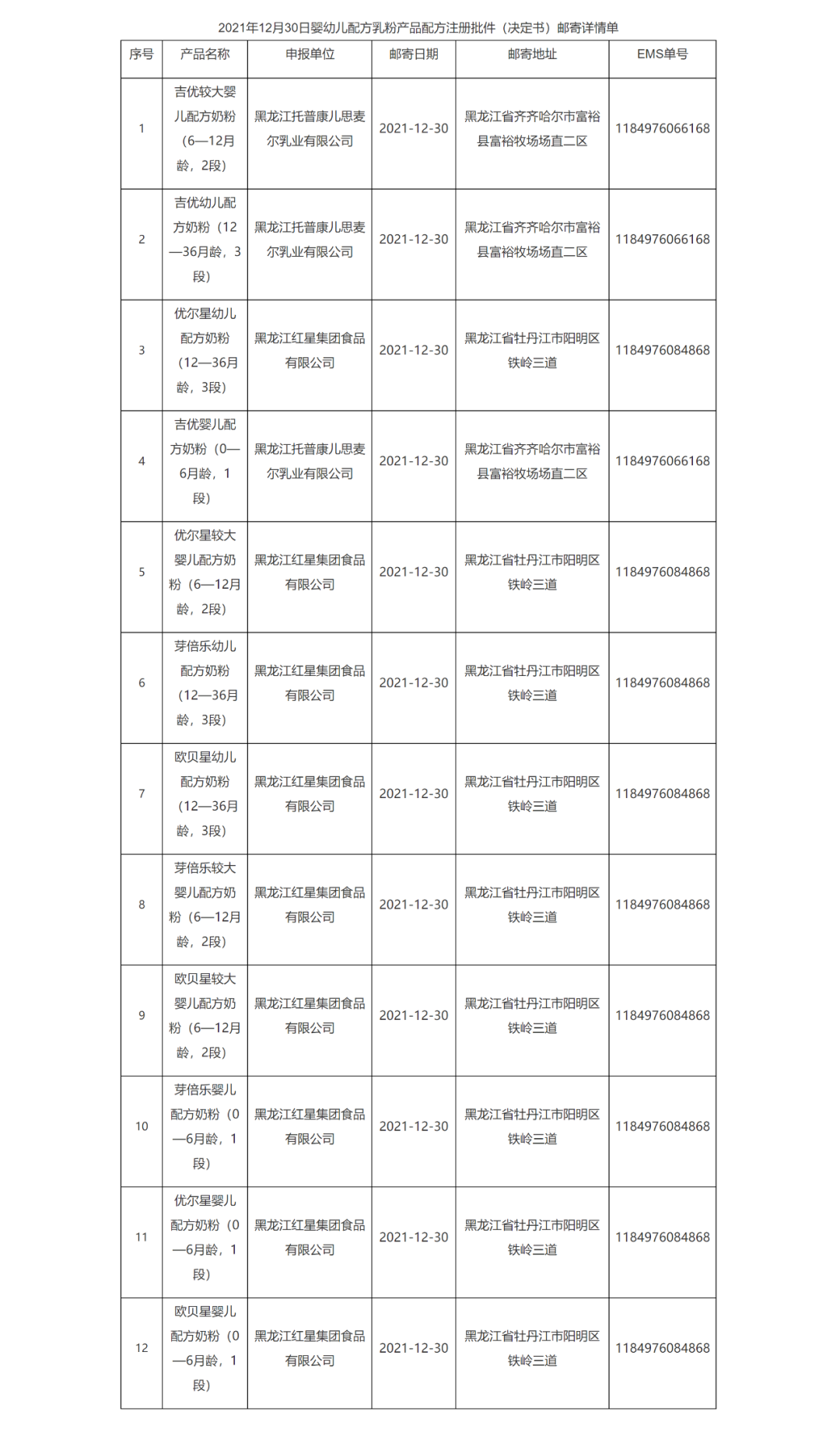 On the first day of work after the new year’s Day holiday, Fu linmen, together with former Chinese women’s volleyball coach Lang Ping and former Chinese women’s volleyball captain Wei Qiuyue, launched the heartwarming film when happiness knocks on the door. At the beginning of the new year, Fulinmen released a brand new year speech in the form of micro film – paying tribute to everyone who works hard for everyone and small family, and calling for a happy life for his family in the new year.

Yizi completed the acquisition of chipita, a bakery company

Yesterday, Yizi International announced that it had completed the acquisition of chipita global S.A., which will use chipita’s central and Eastern European distribution network capacity to strengthen its distribution in the region, and continue to introduce its brand into new countries in the region and other regions. The company also hopes to increase procurement and manufacturing expertise based on chipita global S.A.’s differentiated capabilities. (issued by the company)

Starbucks requires all U.S. employees to be vaccinated or tested

Starbucks said yesterday that it would require its US employees to be vaccinated or tested weekly from February 9. Earlier, John Culver, chief operating officer of Starbucks, said that about 220000 employees in the United States must disclose their vaccination before January 10. (Reuters)

Let “take out seal” become the standard for food safety

The market supervision bureau of Zhejiang Province recently issued the guidelines for the standardized use of food and beverage takeout seals. According to the guidelines, for takeout foods that have not been sealed or have incomplete seals, the distribution personnel have the right to refuse to deliver and the consumers have the right to refuse to sign. The market supervision department can impose a fine of 200-500 yuan on the merchants according to law. The relevant person in charge also said that those who use staples, transparent glue and other simple seals will not be used as takeout seals. (Nanfang Daily)

Hungry? Respond to layoffs: the news is untrue

Today, it is reported that Ali’s local life is about to start a round of significant layoffs. The layoffs involve almost all business lines, including personnel of regional branches, excluding third-party riders. The above report pointed out that a person close to hungry Yao disclosed to the interface news reporter that the layoffs were due to the gradual widening of the war gap between hungry Yao and meituan in the field of local life. In response to the above rumors, the hungry party said: “the news is untrue. We have no so-called layoff plan, and we have formulated a clear plan for the next development”. (AI finance and Economics)

Today, Amazon China responded to the “Kindle is closed, out of stock and may even exit China” by saying: “we are committed to serving Chinese consumers. Consumers can buy Kindle devices through third-party online and offline retailers.” The response also pointed out that some models of Kindle e-book readers are currently sold out in the Chinese market. Several independent sources within Amazon China told reporters that the company’s Kindle hardware team had been abolished in November 2021. “China also no longer has the business of Kindle electronic devices.” A person familiar with the matter said. (shell Finance)