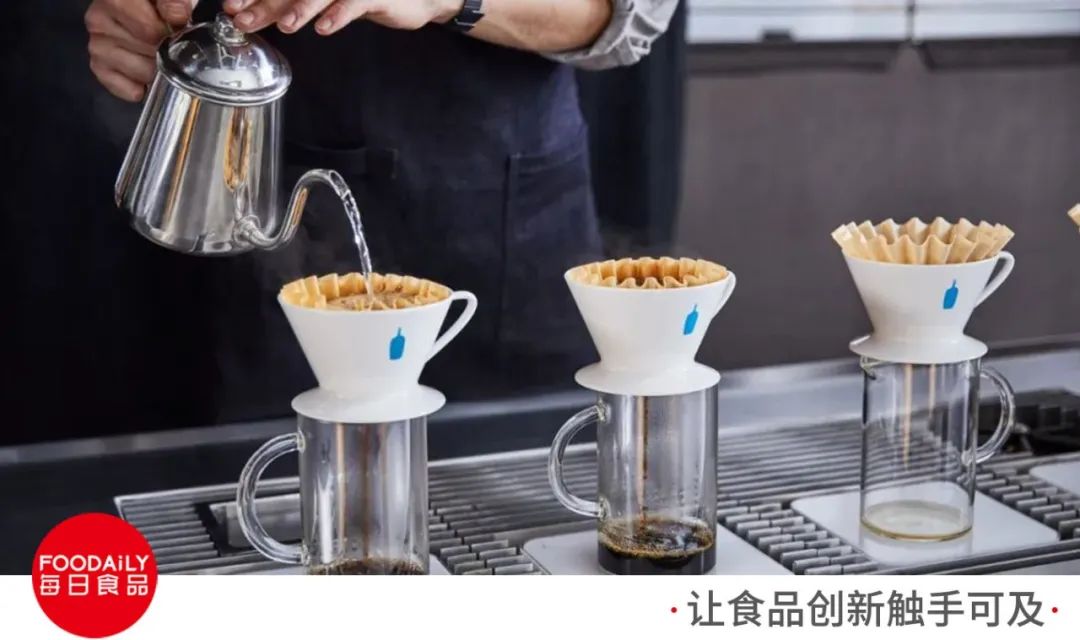 “
in Japan and South Korea, can blue bottle coffee with smooth flow continue to create myths in China?
” 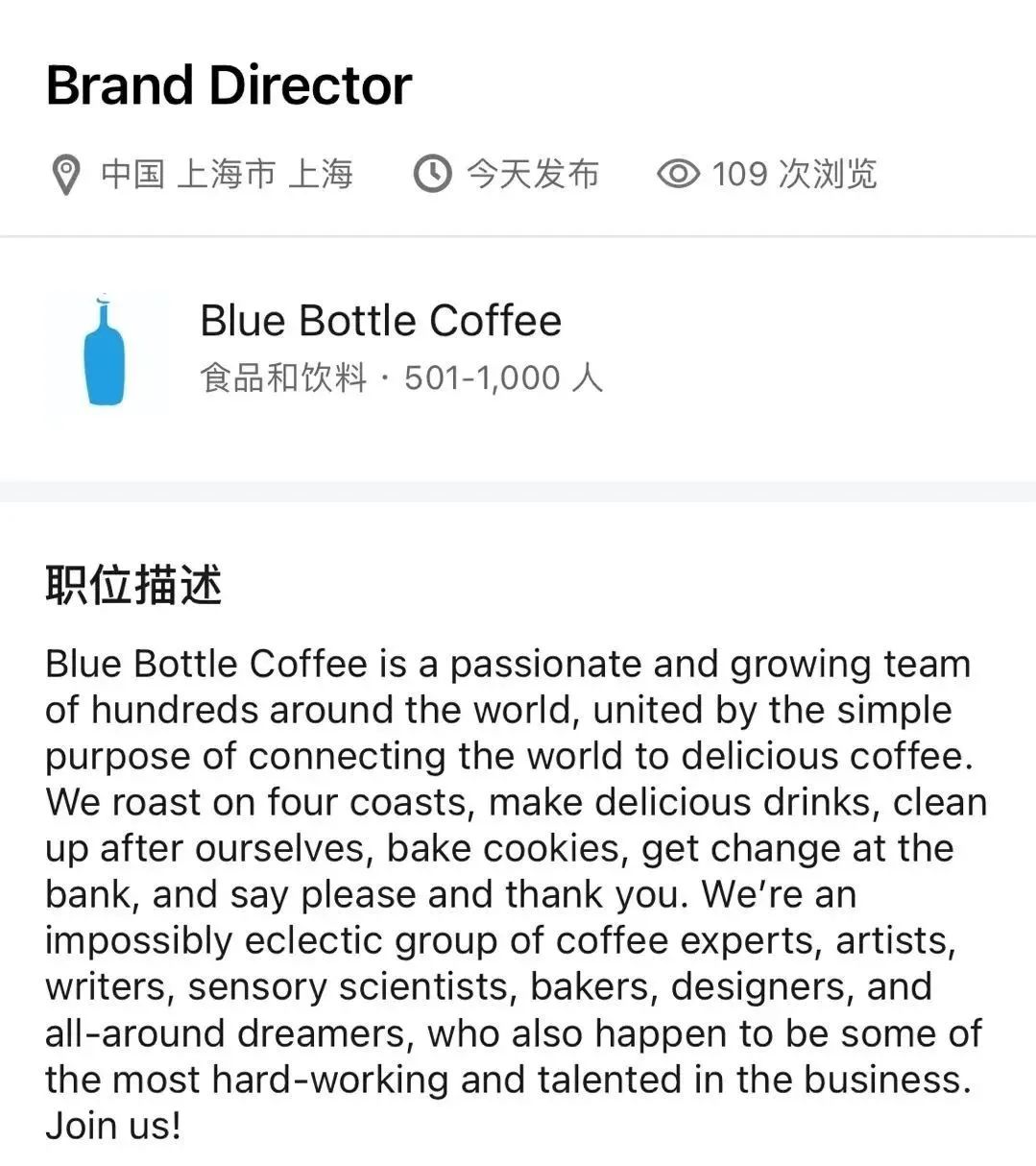 Subsequently, the news of “blue bottle is about to open a shop in Shanghai” quickly triggered a discussion in the coffee circle.
In July, the news that the first shop of blue bottle coffee in the mainland settled in taikooli in Qiantan once again brushed the screen in the industry. Many b-end and C-end media followed up, and even many loyal fans went to taikooli in Qiantan to inquire.
One month later, blue bottle coffee (China) Co., Ltd. was established in mid August. The chairman and general manager came from Nestle and Starbucks respectively, which once again became the focus of discussion: 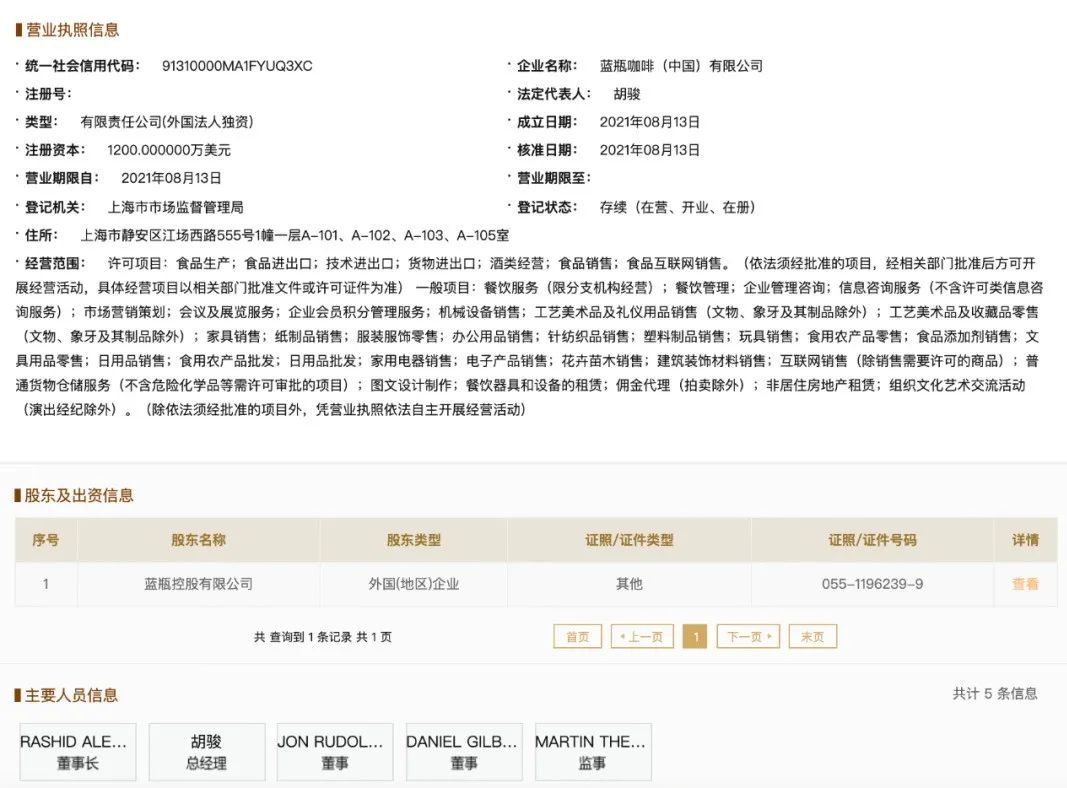 The chairman is Luo Shide, chairman and CEO of Nestle Greater China, and the general manager is Hu Jun, general manager of blue bottle coffee Greater China. Hu Jun once served as the former head of Starbucks China siren retail and played an important role in the preparation of Starbucks baking workshop.
The team composition of high configuration has triggered a large number of media reports in the industry.
In November of the same year, the boots finally landed: the location of the first store was determined to be in Shanghai Jing’an International Center.
At the beginning of the new year in 2022, the headquarters of blue bottle Coffee China was registered and settled in Jing’an District, Shanghai, and the baking factory was also settled here. The news was once again published in the morning newspapers of major media. 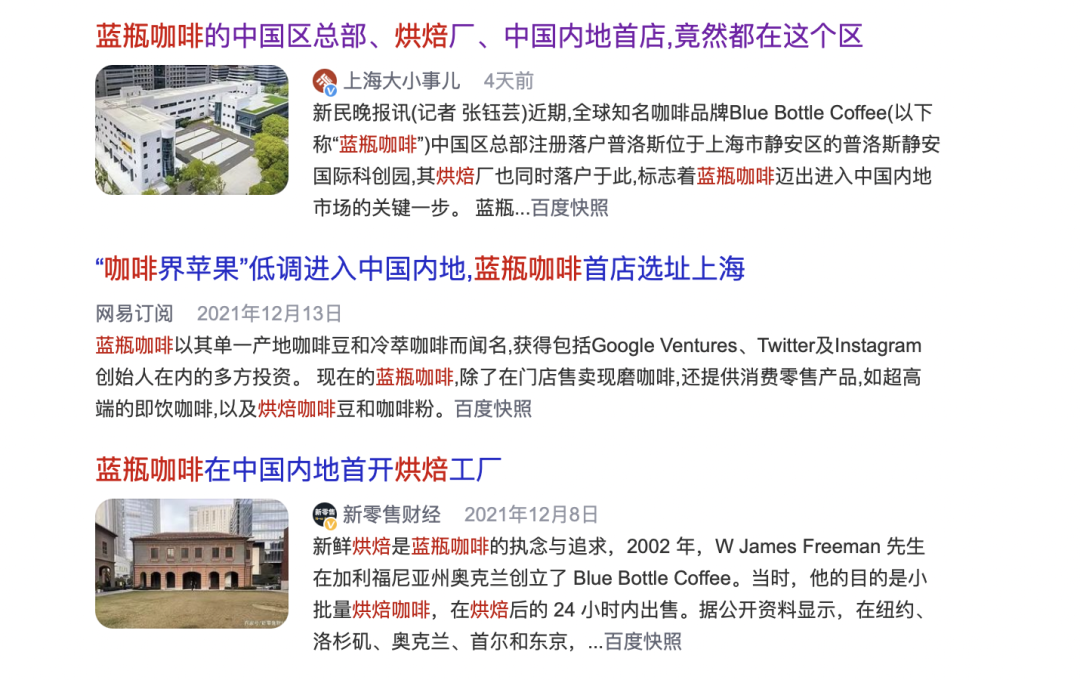 Every new action of blue bottle coffee can trigger a wave of analysis on its brand characteristics and business model, as well as speculation about the playing method in the mainland, and gradually fade the mystery of this brand known as “apple in the coffee industry”.
In many rumors, analysis and visits, it seems that the enthusiasm of consumers and the media is being consumed.
Some media even predicted that “coming too late and not doing well may make the blue bottle of coffee lose its attraction faster.”
Can the late blue bottle coffee continue the myth of opening stores in Japan and South Korea after it officially opens its first store in the mainland in 2022?

Shanghai
with the largest number of cafes in the world
Do you still need a “blue bottle of coffee”?
It is reported that blue bottle coffee was founded in California in 2002. Its founder came from the field of music and started from the coffee car at the weekend market.
This brand has made the vague concept of “boutique coffee” into a significantly differentiated visual system, store service and product experience, and stably extended to all stores.
This brand, which many domestic consumers have never drunk but have heard of, has a great reputation in the coffee industry – there are less than 100 stores, but it has a popularity similar to that of Starbucks. 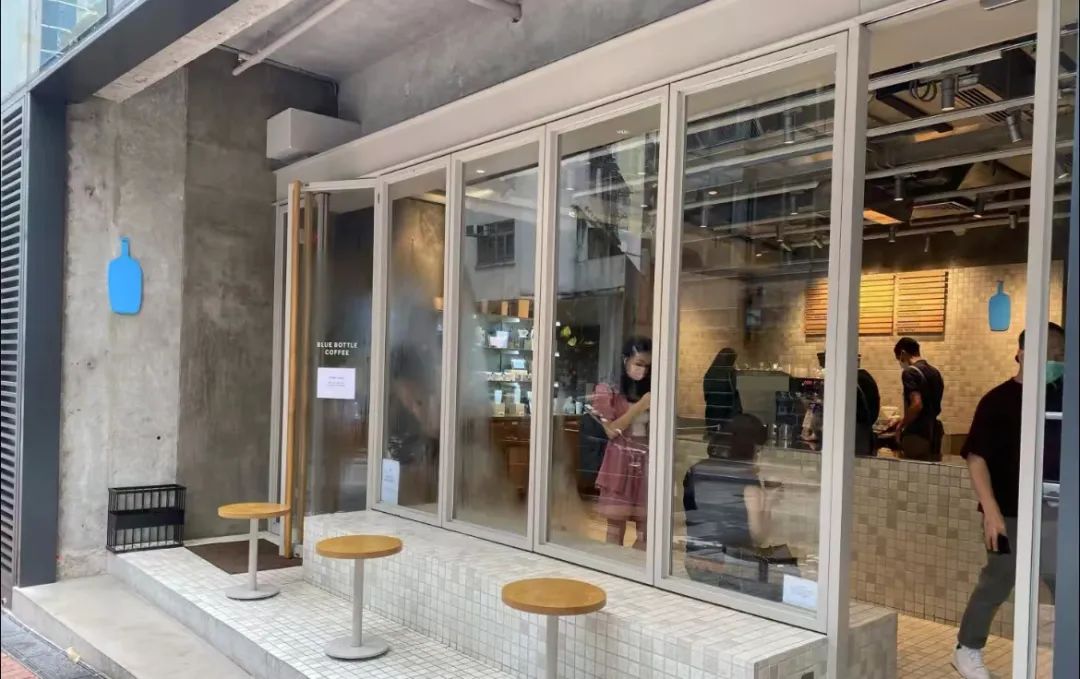 Blue bottle coffee store, tuyuan public comment
In September 2017, Nestle announced that it would spend about US $425 million to acquire 68% of the shares of blue bottle coffee. At that time, only 50 stores valued blue bottle coffee at US $700 million, which surprised the global coffee industry.
If such a brand full of aura entered the mainland five years ago, with the overall market dividend of the beverage industry, blue bottle coffee may gain more favor from capital, commerce and consumers with its popularity and unique product experience.
If it entered the mainland three years ago, the coffee market was rising, and there were a lot of gaps in the whole coffee track. Because of the attention brought by Ruixing coffee, the new brand can quickly occupy the mind and establish a brand. 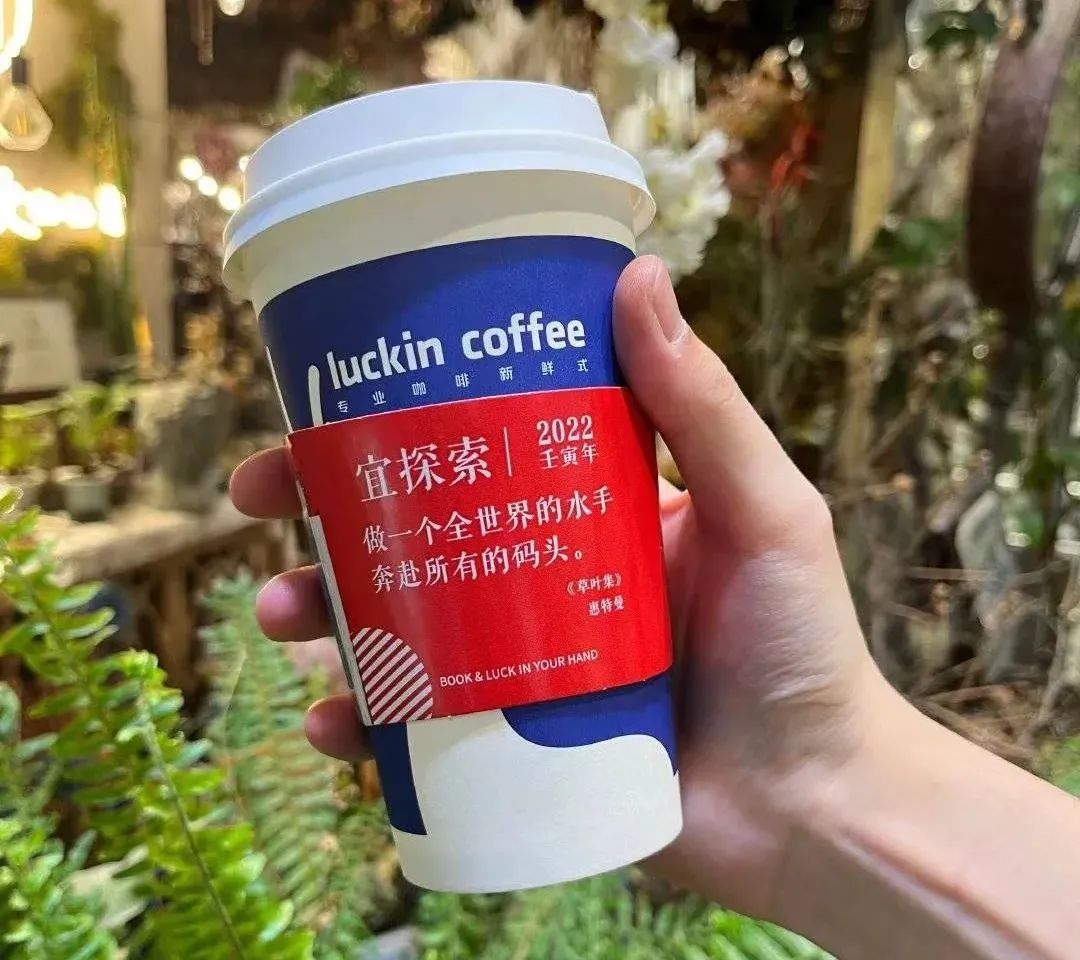 Ruixing coffee
In the business field, there is a famous “time machine theory”. The popular explanation is to quickly copy a commodity / model that has become popular in a certain area to a blank area to earn time difference.
Blue bottle coffee, which once triggered the consumption trend of boutique coffee in Silicon Valley, has a good brand foundation, but now entering China, blue bottle coffee has almost missed the “time difference” in the time machine theory.
The current Chinese market is no longer what it used to be.
Shanghai is already the city with the largest number of cafes in the world, far exceeding the export places of coffee culture such as New York, London and Tokyo. Large and small chain brands run horse enclosure, and independent cafes with their own characteristics occupy the streets.
From the perspective of positioning and style, Arabica, which is as fastidious as the blue bottle drinking method, has opened dozens of stores in first tier cities such as Shanghai, Beijing, Guangzhou and Shenzhen, and occupied the “pilgrimage punch in label” early. 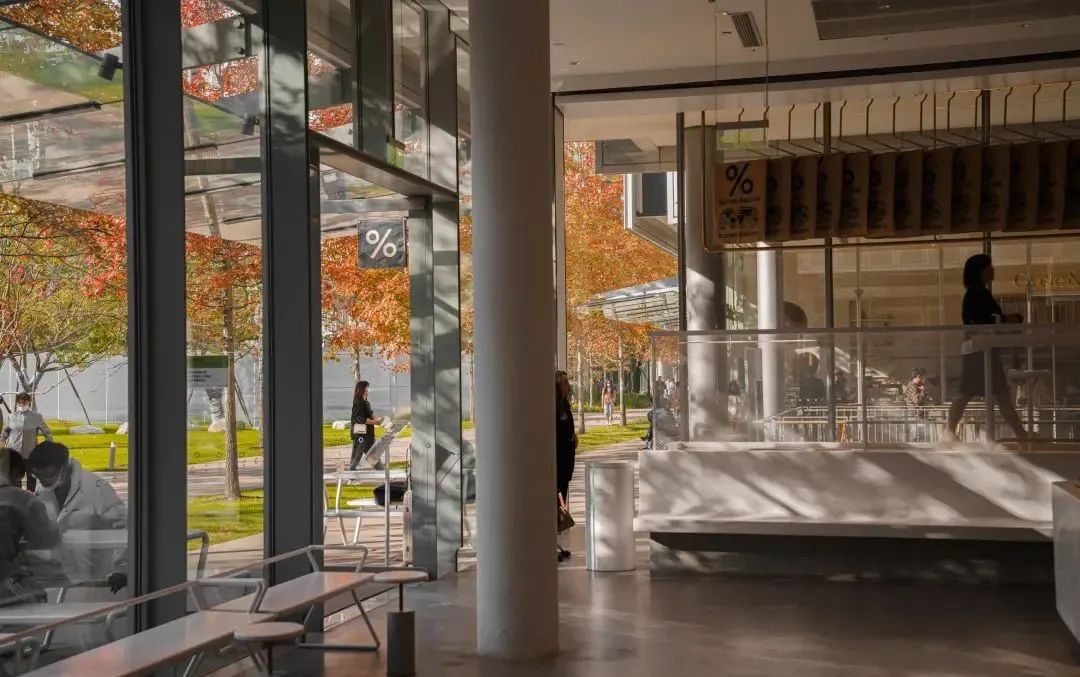 Arabica store
There are also lanxiong fresh milk, blueglass and other brands established in Beijing. Visually, they compete with the theme color and minimalist style of blue bottle coffee.
In terms of mode, the domestic chain brands seesaw and M stand have opened nearly 100 stores. In terms of thousands of stores, thousands of noodles, store landscaping, cross-border playing methods and product innovation, they do not lose the blue bottle coffee at all, and know more about Chinese consumers, which has been used for reference by many foreign brands.
When we come to the retail battlefield, blue bottle coffee will also encounter three and a half meals that have “surpassed Nestle”, as well as yongpu, yutianchuan, Shicui and other brands. Some have achieved global leadership in packaging, technology and playing methods. 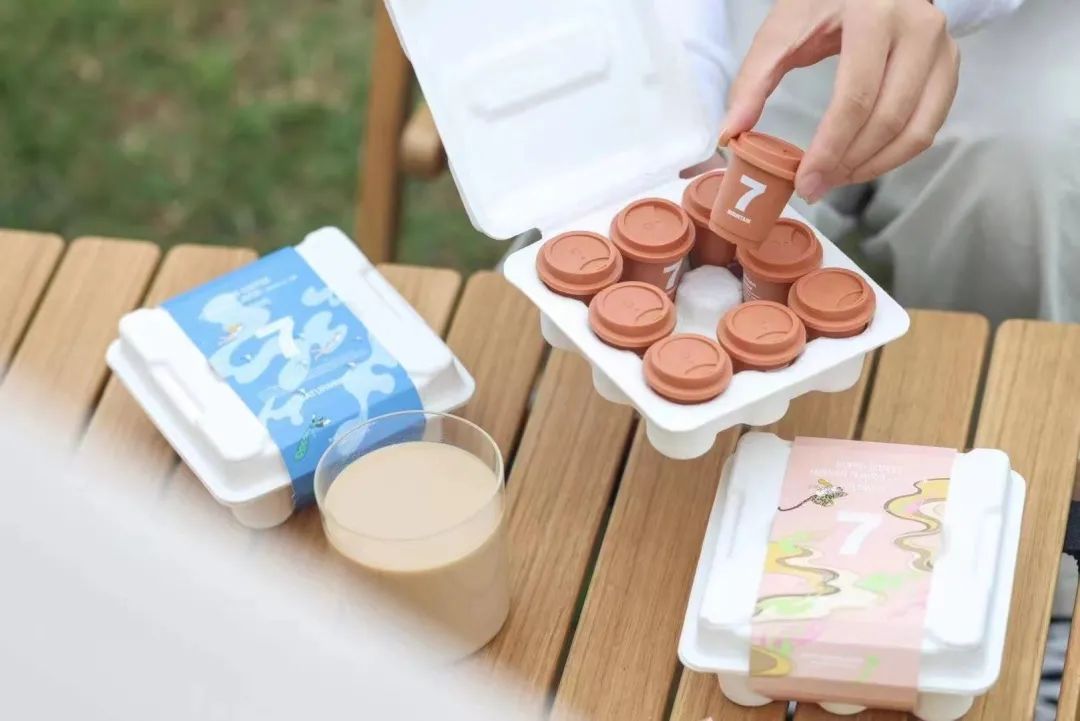 Three and a half meals
Even in terms of brand building, the rise of domestic short videos, the popularity of coffee takeout, the grass planting and playing methods of social platforms, the operation of communities, and so on. It is unknown whether the blue bottle of coffee can play well.
Whether the blue bottle coffee after the opening of the first store can really shake Shanghai, the “arena” of global coffee, is full of uncertainty.

Network red punch in route,
Can it still work?
As we all know, coffee has three properties: refreshing, tasting and socializing.
It is difficult for a coffee merchant to provide three attributes at the same time.
Refreshing coffee needs to be cheap, tasting coffee needs to be fine, and social coffee must be good-looking.
Chinese coffee used to be dominated by small tasting cafes and third space social coffee. In the past two years, providing functional just in need coffee has become more and more popular.
Manner, as well as manner model followers all over the country, has made affordable coffee all over the country. Lucky coffee, migrant coffee, 3 cubic meters and other brands make the price of coffee less than 10 yuan. 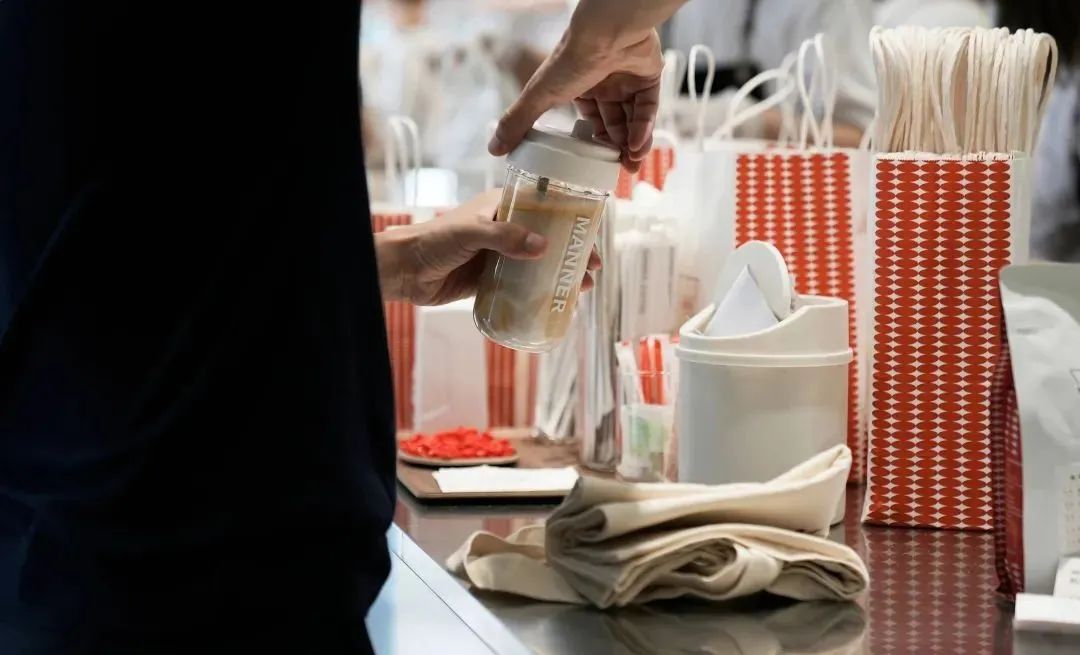 Manner Coffee
Good coffee should not be so expensive. You can drink high-quality beans for 20 yuan, which has long become a consensus in the industry. 15 ~ 25 yuan has become the price band with the largest consumption base in the coffee field.
Domestic practitioners began to keep a low profile and listen to the needs of consumers.
To be daily enough, oil cake dipped in coffee and Chinese coffee stew are arranged;
Add sugar to the hand punch, “OK, I’ll mix it well for you”;
If you are not used to bitter, add fruit, black sesame and coconut milk
As a representative brand of boutique coffee, blue bottle coffee was once famous for its personality: for example, it only sells 48h coffee beans, does not provide WiFi, has no power interface, and the tables and chairs in the store are also very limited.
The price is also very strong. In Japanese stores, the most basic Italian concentration is also 25 yuan / cup.
The founder of the blue bottle coffee brand believes that customers are not allowed to work or socialize here. There is only one purpose, that is, to let customers enjoy the cup of coffee in their hands. 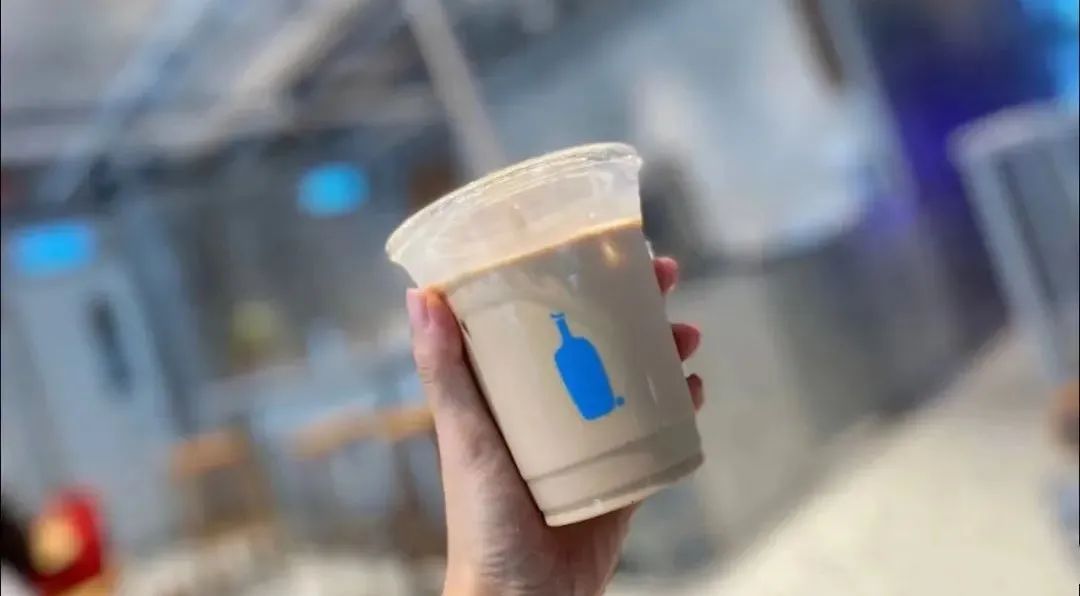 Let customers enjoy the cup of coffee in their hands. Tuyuan public comments
The model of blue bottle coffee is essentially a “few but refined” online Red punch in route, which is not consistent with the current domestic mainstream trend of high-frequency, affordable and localized coffee.
In Shanghai, where there is no shortage of first stores and online Red catering, the road from online red to long red of blue bottle coffee will be full of challenges.
作者：国君；来源：咖门（ID：KamenClub），转载已获得授权。
转载授权及媒体商务合作：Amy（微信号：13701559246）； 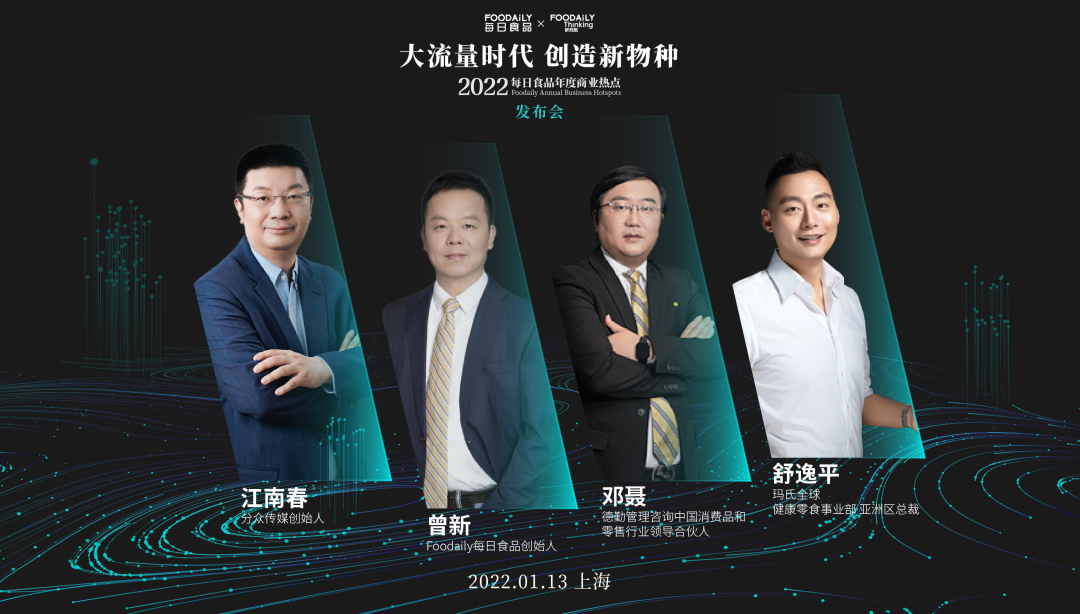