It’s time to “open the pattern” – beer can not only be classified as FMCG, but also enter the ranks of luxury goods.

Recently, on the occasion of the upcoming Lunar Year of the tiger, Budweiser officially launched the “Budweiser master legendary year of the tiger limited edition”. It is understood that this new product is limited worldwide. Can you get it? In addition to fighting hand speed, it may also depend on strength. 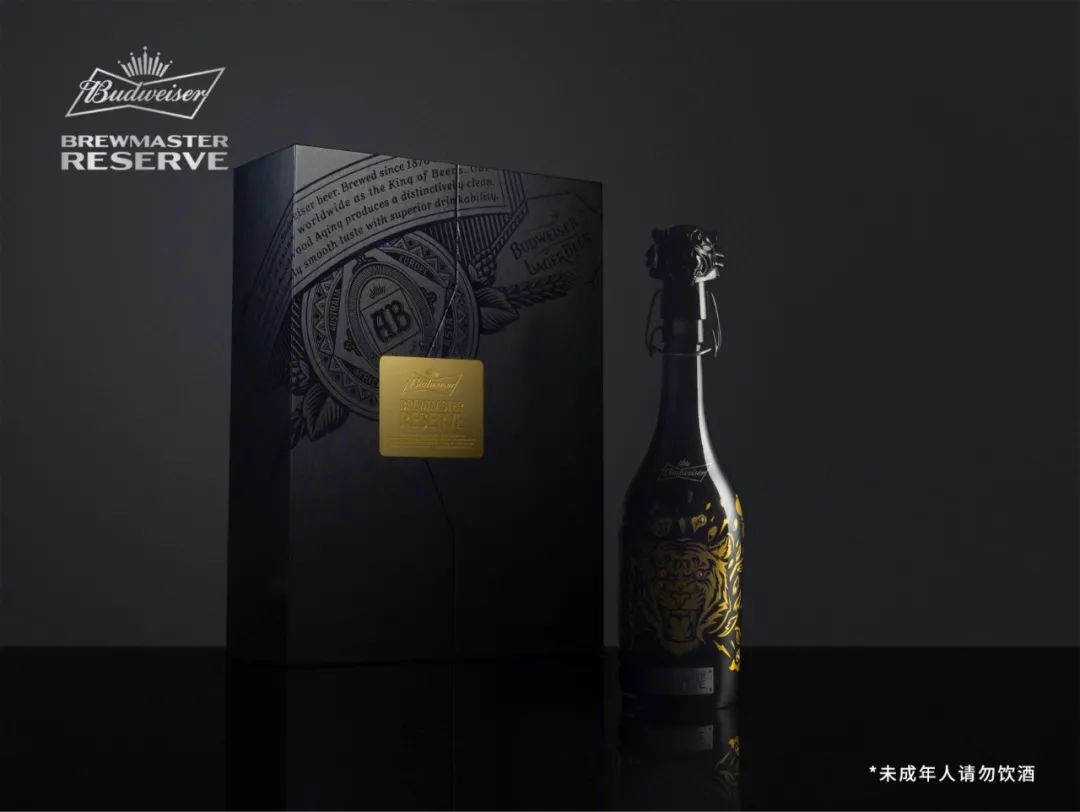 In addition to the global limited edition, thousand yuan beer and other popular labels with a sense of topic, the characteristics of “Budweiser master legendary year of the tiger limited edition” itself have shown that this is a rare high-end beer. It emphasizes “fine pouring and slow drinking”, with thick and full flavor, rich taste and endless aftertaste.

So, what’s special about this beer? Why did Budweiser choose this time point to launch it? Next, let’s have a look.

Xiaoshidai learned that in the face of consumers’ rising purchase interest, Budweiser said that the main reason for the global limit of this new product is that the raw materials are more original and the process is relatively cumbersome. Statistics show that the “Budweiser master legendary year of the tiger limited edition” is brewed under the supervision of the fifth generation Brewing Master of George F. Reisch family, the honorary Knight of the global brewing Association. It breaks through the previous brewing process and formula tradition, constantly polishing the details, and takes the fine brewing further.

In terms of formula, first of all, Budweiser selects the deeply roasted burnt malt, namely Chocolate Malt, which lays a fragrant main flavor tone for the “Budweiser master legendary year of the tiger limited edition”.

Secondly, through the selection of rich first wort, several times more hops than ordinary beer and the brewing process of triple hops, this beer has a richer sense of hierarchy and a more balanced wine flavor.

In the brewing stage, low-temperature slow brewing lasts for 23 days, which not only leads to various delicate and rich flavors in malt, but also helps the wine precision up to 10.8% abv, giving a taste experience far beyond ordinary beer. 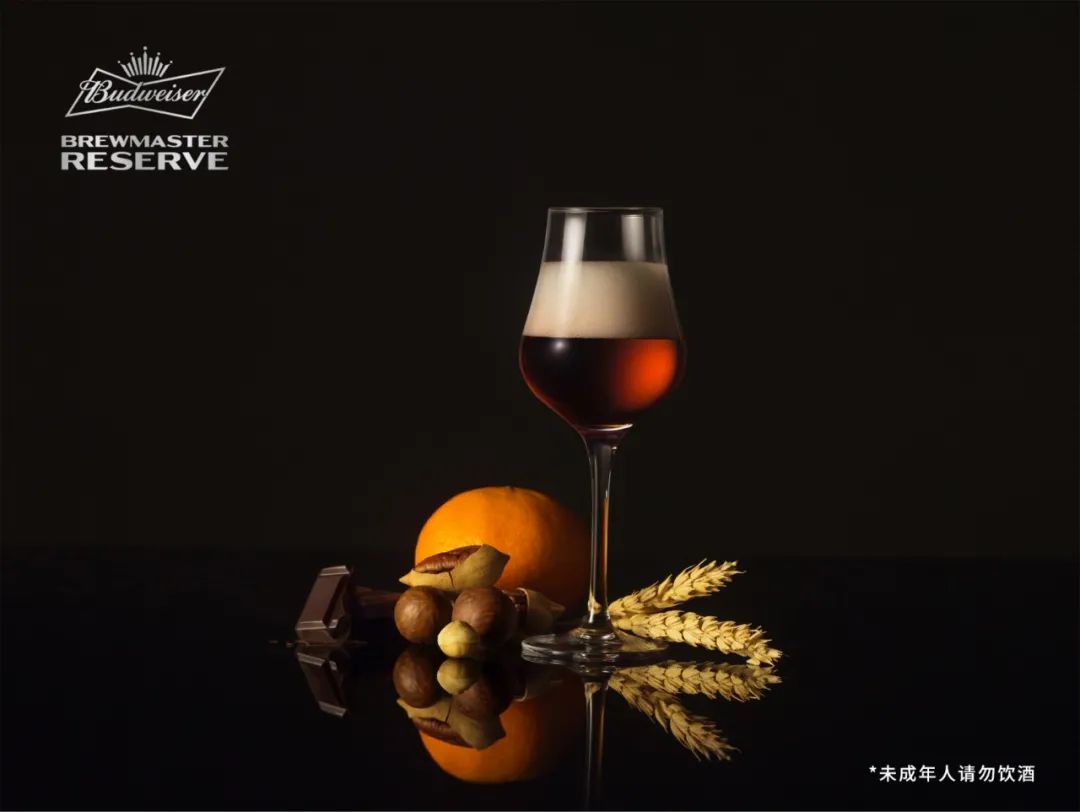 In terms of technology, Budweiser adopts the Lagrange barrel passing process this time. This means that the liquor after fermentation is introduced into the Bourbon barrel with carbonized inner wall for aging. The aroma, tannins and smoke of oak barrels are absorbed by the wine to a certain extent, which further gives a sense of hierarchy in the final stage.

It is conceivable that such a rich flavor of high-end beer must be a good partner for all kinds of delicacies. It can not only be served with snacks such as dark chocolate and cheese, but also match with various “hard dishes” during the festival, such as lamb chop, pork chop, steak and various stews.

in addition to the aroma of food, it is also a catalyst for the atmosphere of the dining table. Relatives and friends get together, sit around a table and drink a bottle of “Budweiser master legendary year of the tiger limited edition”. The atmosphere quietly warms up between glasses of wine.

At the same time, the external appearance of “Budweiser master legendary year of the tiger limited edition” is also very different from the beer we see every day. Start with the theme of the year of the tiger. “Budweiser master legend tiger year limited edition” skillfully integrates China and the West. The bottle body adopts the simple design of black all over the body. The tiger pattern is outlined with golden strokes and combined with the metal bottle stopper carved in the shape of tiger head, which looks luxurious but full of details.

Lunar New Year is full of various business banquets. The high appearance and story points of this new product are expected to add many topics to the dinner.

At the same time, in view of the rising gift giving demand of Chinese people during the lunar new year, “Budweiser master legendary year of the tiger limited edition” also has many ingenious ideas in creating gift boxes, and creates a sense of ceremony of important festivals for Chinese people through many details. This new product is hand packed in a black leather gift box. The box not only contains the tasting guide and a pair of Italian crystal cups, but also has a unique number tag for each bottle of beer. One bottle is one size, which symbolizes that each bottle is unique.

Chinese people think that by giving gifts skillfully, Budweiser also establishes emotional contact with consumers through the creation of this new product, which is the idea that this wine wants to express, that is, “survive for you”. Tmall big data of the Spring Festival of the year of the ox shows that people think more about “how to buy” than before, and now they are more in pursuit of “how to buy better”. For example, more than half of the consumers of imported drinks come from the third and fourth tier cities and below, and the third and fourth tier cities are more “foreign” in the consumption of drinks during the Spring Festival. From the consumer demand, the high-end strategy is becoming an important move to ensure the growth of the beer industry.

According to the analysis report on the competition status and investment prospect planning of China’s high-end beer industry from 2020 to 2026 released by
intelligent research consulting, the growth rate of high-end and ultra-high-end beer in the domestic beer market exceeds that of the overall beer market. High end and ultra-high end beer will still maintain stable growth, and the average annual compound growth rate is expected to be about 4.9% from 2018 to 2023.

The launch of “Budweiser master legendary year of the tiger limited edition” has successfully created the image of Budweiser’s super high-end beer leader, helped it make innovation demonstration in the industry, and provided consumers with more high-end beer categories.