Trading stick John and Dairy Queen (DQ), the catering group CFB with most business in China, officially welcomed their new owners. The latter is Fangyuan capital headquartered in Hong Kong, China. Xiaoshidai noted that after the acquisition passed the antitrust approval last month, EQT AB, which originally held a majority stake in CFB, recently announced that it had completed the sale of its shares to Fangyuan capital. This also means that the CFB will be controlled separately by Party source capital.

According to what xiaoshidai got from the CFB today, the change of ownership will not lead to a major change in its management and key strategies for the time being. The group also revealed that under the goal of accelerating the opening of stores, it plans to have a total of 2000 stores in the next five years. Next, let’s have a look.

Let’s focus on the latest situation of CFB transactions. According to the recent news of Swedish private equity giant yintuo, it completed the sale of its CFB equity to Fangyuan capital on December 30 last year, but did not disclose the transaction amount. At the end of last year, Bloomberg quoted people familiar with the situation as saying that Fangyuan capital would acquire CFB equity from yintuo and other holders for about US $160 million (about RMB 1.022 billion). According to the latest release of yintuo, since taking a stake in CFB in 2013, the catering group has grown from the dual brand general franchisee of stick John and DQ to a multi brand platform operator, and the number of head offices has also increased from about 500 to more than 1100. Snack generation introduced that the current business scope of CFB includes the stores of DQ and stick John in the south of the Yellow River in China, as well as the operation of Yuepu canteen, Brut eatry and all businesses in the country of Sandao entering Sichuan, and the operation of Xiaomian brand in Shanghai, Jiangsu Province, Zhejiang Province and Anhui Province. Among them, the number of stores of main brands DQ and stick John are 920 and 160 respectively. “Today, CFB group is the world’s largest dairy queen franchisee and one of the largest franchisees of great John outside the United States.” Yin Tuo said. In China, according to the data obtained by snack generation from Euromonitor International, DQ and stick John are the largest limited service ice cream chains respectively according to the retail value share in 2020 The second largest full-service pizza chain (Note: limited service restaurants include 100% delivery / take out stores, etc., with the characteristics of limited dishes and fast delivery. Full service restaurants rely more on table service, with more dishes and preparation steps). 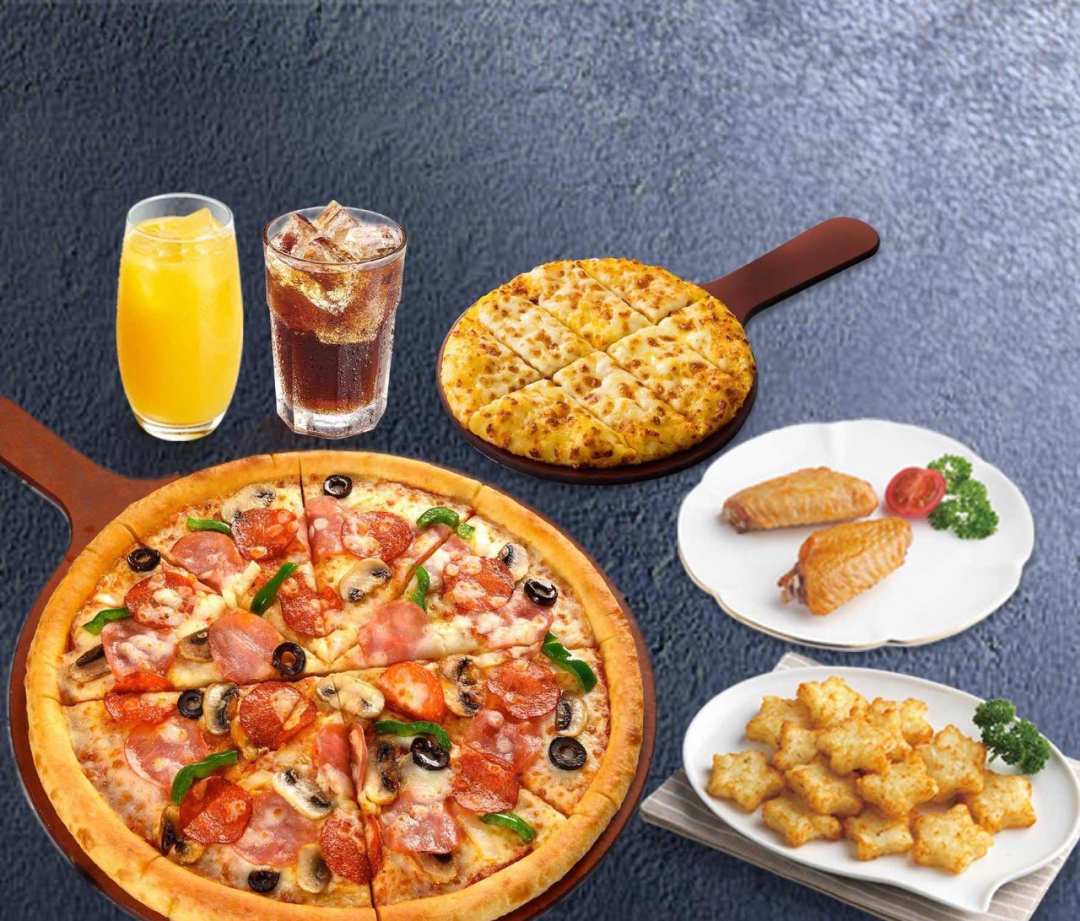 In addition to the growth in the number of stores and brands, Yin Tuo also pointed out that under the leadership of its value creation strategy, the front and rear businesses of CFB group have been fully digitized and the operation efficiency has been significantly improved. In addition, through digital marketing and the use of China’s social media platform, CFB group has successfully improved its brand value and brought more traffic to offline stores and online platforms. Commenting on the transaction, Jerry he, partner of yintuo private equity fund consulting team and head of China, said in the release that “I’m glad to find a good partner for CFB group”, and I believe it will continue to succeed under the new ownership structure. Alan Hsu, chief executive of CFB group, also thanked yintuo for its support and pointed out that yintuo and CFB management team had carried out business model transformation, brand portfolio expansion, digitization and sustainable development, which had laid a good foundation for the development of the group. “This enables us to work with new partners to promote the next stage of growth and transformation of the company. Personally, I also cherish the friendship we have established over the years.” Xu Weilun said. 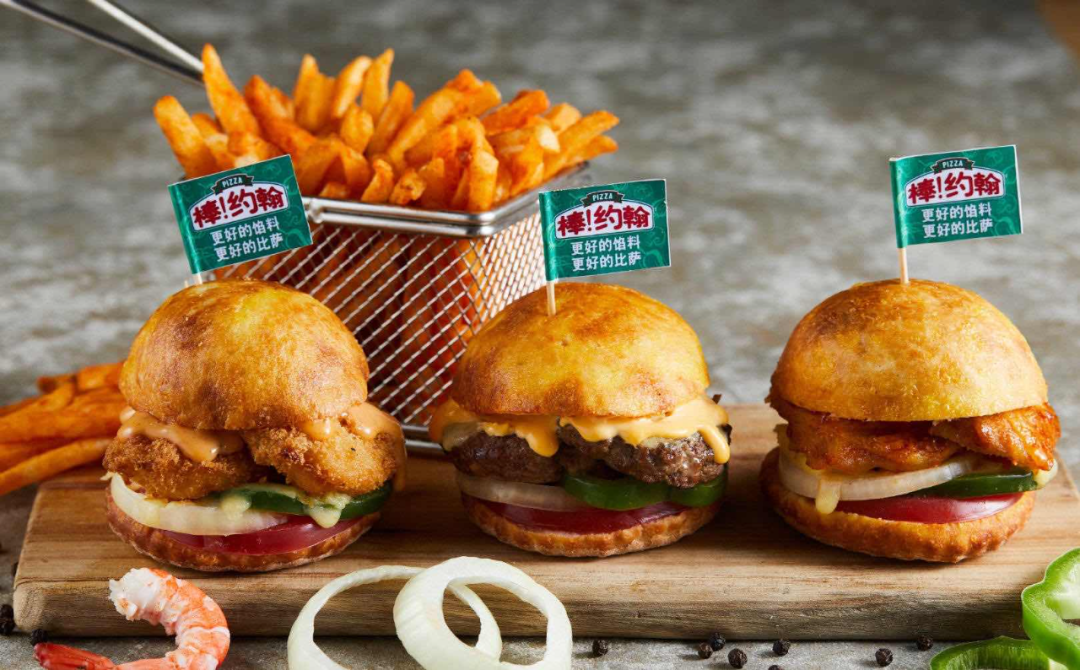 For this transaction, the snack agency also made an e-mail query to the buyer’s source capital today, but as of press time, it had not received a reply.

According to the latest statement of CFB, in the short term, the “replacement” of major shareholders will not lead to a major change in its senior management team and strategic focus. When accepting the snack agent’s inquiry today, CFB said that after the completion of the above acquisition, all the management teams of the group will remain in office and “continue to create good results”. It is reported that the scale, turnover and profit of CFB reached a new high in 2021. Among them, the year-on-year growth of DQ, stick John and Brut eatery Yuepu canteen reached double digits compared with 2019.

It reiterated to the snack generation that in the future, it will continue to deeply cultivate digital construction and social platform marketing, and the opening of two brands, great John and DQ, will also be promoted in the original direction. For example, DQ will continue to open more stores with local element design and high visibility. 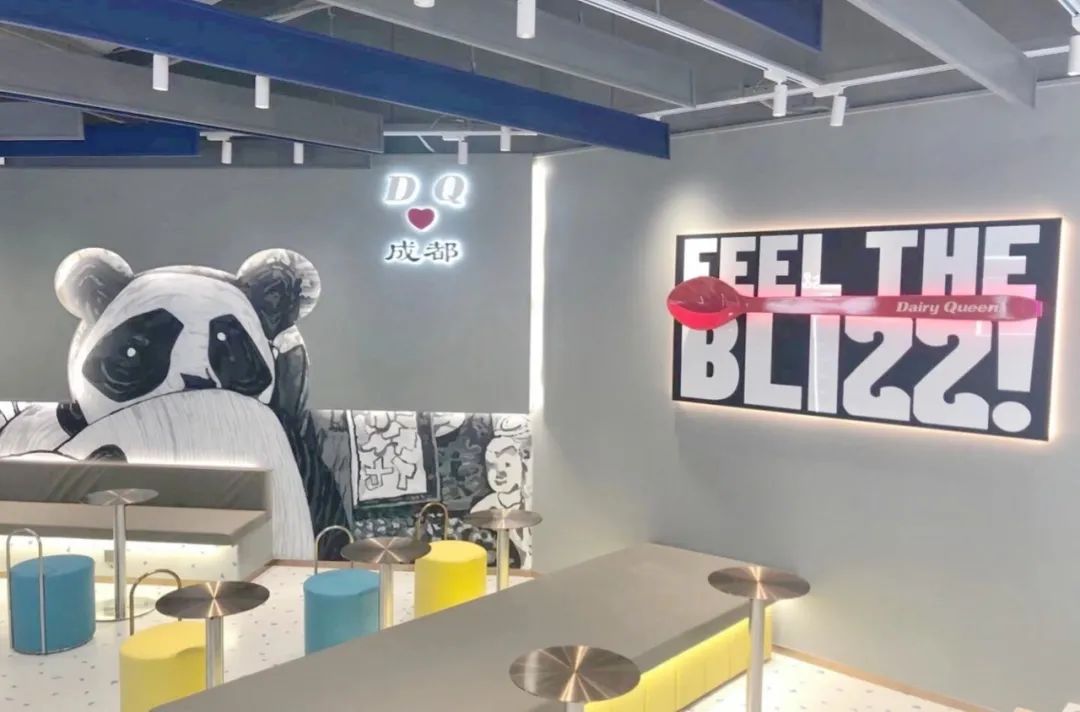 While the general direction remains unchanged for the time being, CFB also plans to speed up the pace of opening stores. Today, xiaoshidai learned from the group that CFB currently has more than 1100 stores, including 920 DQ and 160 stick John. It plans to have 2000 stores in five years, including 1500 DQ and 500 stick John and other brands. It can be seen that the new plan has been accelerated to nearly double in five years compared with the opening speed doubled in the previous eight years. 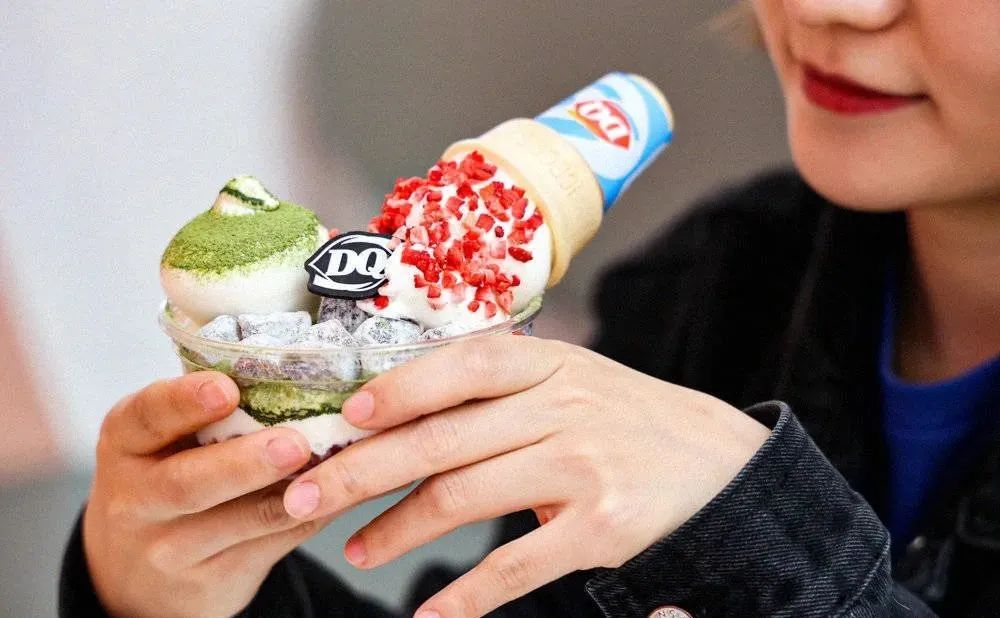 it is noteworthy that at the moment when KFC, McDonald’s and other brands are expanding in China, Fangyuan capital, the latest owner of CFB, seems to want to “get a bigger share” in the foreign fast food market and quickly signed a new cooperation for great John pizza. Xiaoshidai found that on the same day that Yin tuoguan announced the sale, stick John announced that he had reached the largest franchise agreement in its history with Fangyuan capital and planned to open 1350 new stores in South China market by 2040. Stick John claimed that this is also “the largest franchise agreement announced by the pizza industry in recent years”. In a press release, rob Lynch, President and CEO of stick John, said that the new cooperation signed with Fangyuan capital will increase the number of global stores of the brand by 25% on the current basis. Statistics show that as of September 26, 2021, stick John has more than 5500 stores, making it the third largest pizza takeout enterprise in the world. 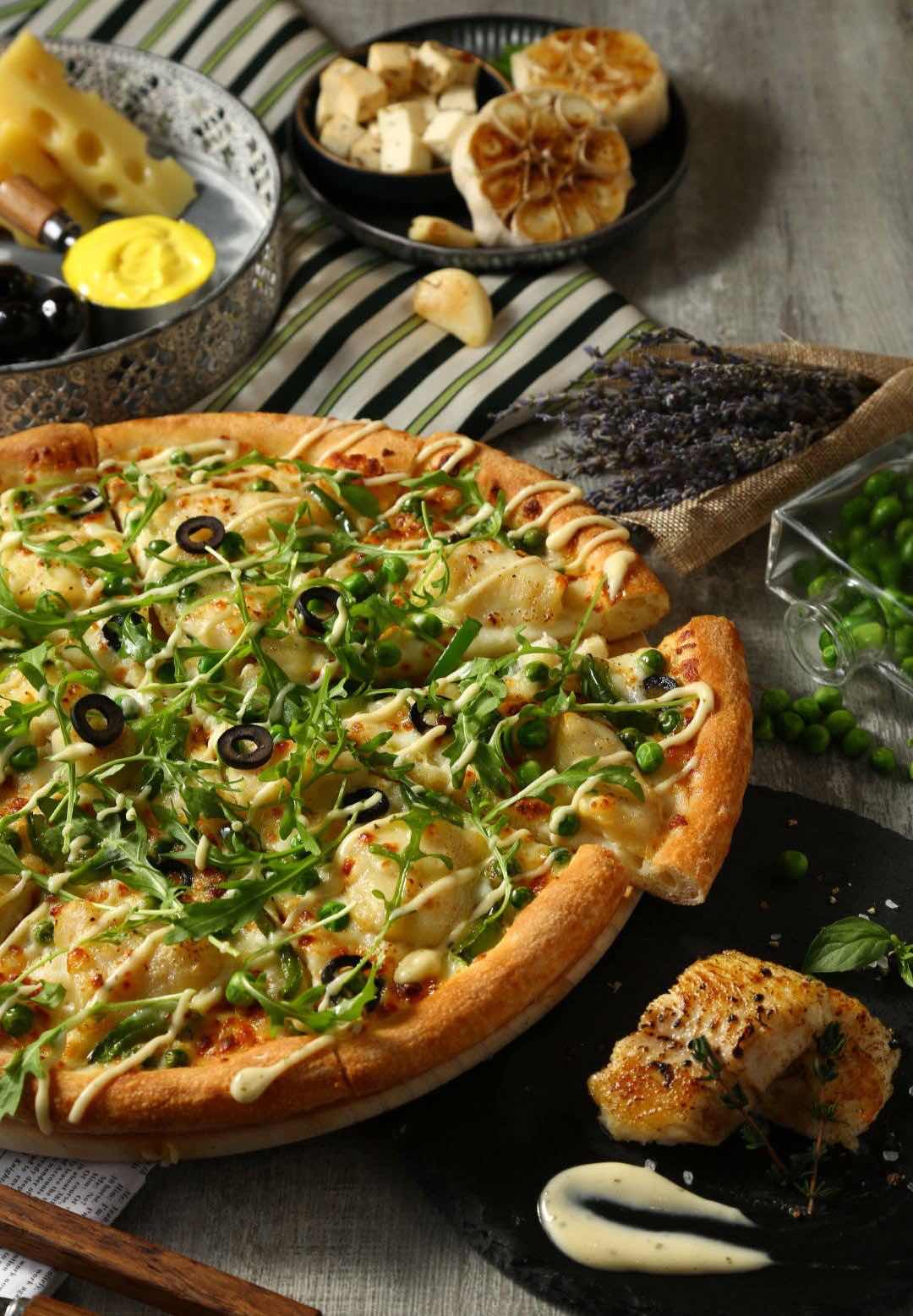 Referring to this cooperation, Andrew Huang, managing director of Fangyuan capital, said in the release: “great John’s position in the fast food chain industry provides an attractive opportunity and has been verified in China. We believe it will continue to flourish and look forward to working with great John’s team to continue to rapidly expand its brand influence in China.” Amanda Clark, chief development officer of great John, added: “Fangyuan capital is our ideal partner who can help the brand develop in the international market. They have sufficient capital, rich experience and in-depth understanding of the local market. In addition, they also have a clear understanding of the broad prospects and strong economic benefits of great John brand.”

Although stick John has a certain foundation in the Chinese market, it is not easy to “cut” a larger share of pizza from the fierce competition in South China. “The pizza market in South China should be the most difficult in the country. There are le Caesar in the high-end, Zunbao in the high cost performance, and salia in the hall food. As far as I know, even the two well-known brands in the market are very difficult to do in the South China market.” A senior executive of a large pizza chain told the snack generation today. He also pointed out that there are many brands in the pizza industry, and the key to success depends on whether they have differentiation advantages. “It’s easy to set goals, but it depends on many factors. Who are the target customers, why they choose this brand, what unique value the brand provides, and why you choose other brands”. Although there are differences in positioning and playing methods, many brands have reached a consensus that with home enjoyment becoming one of the main consumption scenes of pizza, takeout is a “battlefield” that can not be missed. Great John described in the above release that China is one of the fastest growing pizza takeout markets in the world. The snack generation learned from the CFB today that in the future, stick John will mainly open stores in the first and second tier cities, mainly for continuous delivery, and the DWS (delivery with seat) store model with a few food seats will be displayed quickly. In addition, according to the characteristics of the city and business district, it will adjust measures to local conditions and increase the number of dining seats in high pedestrian flow areas according to the situation. 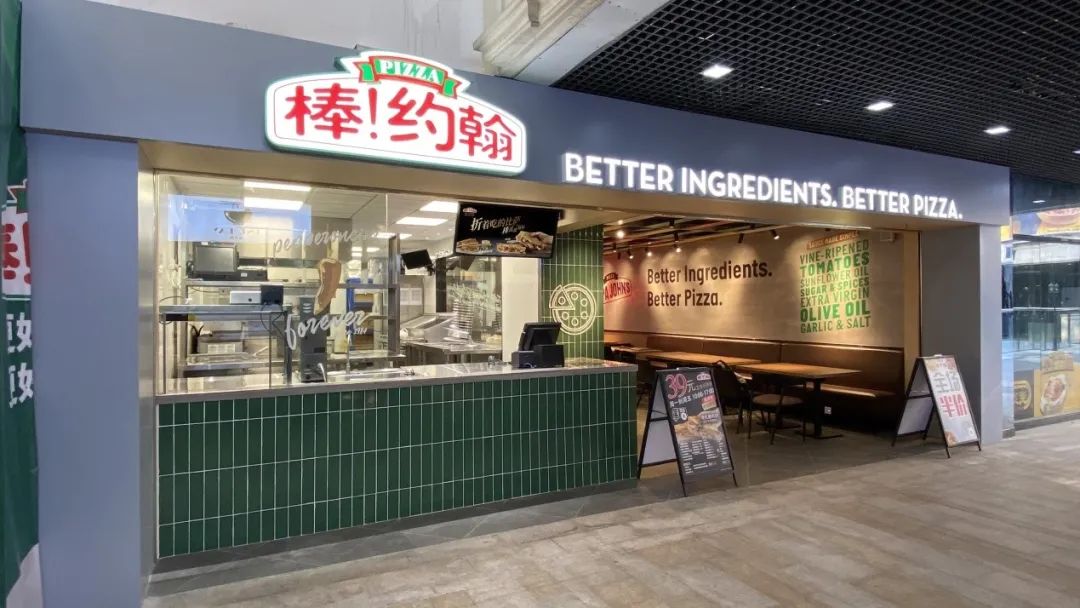 although pizza takeout is growing rapidly, great John has to face the “strong enemies” from Pizza Hut and domino in the process of “food grabbing”. According to the data obtained by snack generation from Euromonitor International today, Pizza Hut and domino ranked first and second among China’s limited service pizza chains in terms of retail value share. As introduced by the snack generation, Qu Cuirong, CEO of Yum China, disclosed at the performance meeting in the first quarter of 2021 that 35% of Pizza Hut’s sales came from takeout. She said Pizza Hut would open more small stores in the future to catch the growing demand for non hall food. There is also Tamiflu with similar ideas. In the Chinese market, the company has established its own rider team and promised to “deliver in 30 minutes” and “give pizza coupons free of charge over time”. In the article posted on Meile’s official website in August last year, Aileen Wang, its Chinese CEO, also attributed “delivery excellence” to one of the factors for the rapid growth of business.