The snack generation saw at the scene that this new product not only has litchi real juice series, litchi bubble water, litchi vinegar, litchi wine and other drinks, but also litchi bird’s nest, litchi flower glue, litchi rice wine and other tonics. Among them, litchi juice with sea salt litchi, peach litchi, herbal tea litchi and other flavors, as well as litchi bubble water, have been sought after by many young people.

So far, Guangyao Wanglaoji has formed three brand matrices, including Wanglaoji, ciningji and lixiaoji. According to Li Chuyuan, party secretary and chairman of Guangzhou Pharmaceutical Group, Li Xiaoji, Wang Laoji and ciningji will form the “auspicious three treasures” of Guangzhou Pharmaceutical Group. The group has formulated the “136 plan” for the litchi industry and led the establishment of the litchi deep processing enterprise alliance, hoping to inject new momentum into the development of the litchi industry and prolong the litchi consumption cycle, Cultivate the consumer market of litchi processed products.

At the end of 2018, Guangzhou Pharmaceutical Group assisted the development of Guizhou Rosa roxburghii industry by “hematopoiesis”, developed a series of products with Rosa roxburghii as the main raw material, and enabled them with the brand of “Wang Laoji”. The latest data show that in 2020, the sales of Ningji exceeded 500 million yuan, and last year, the sales exceeded 1 billion yuan. It has become the second largest fist product after Wanglaoji herbal tea, and the growth rate is rapid.

In addition to the strong empowerment of Wang Laoji brand, it is also closely related to the “blood transfusion + hematopoiesis” model created by Guangyao. Similarly, as one of the important pillar industries of agriculture in Guangdong Province, Guangdong litchi industry has been facing development problems such as low deep processing rate and small scale of processing industry.

According to the data of Guangdong Provincial Department of agriculture and rural areas, in 2021, the litchi production area in Guangdong was 3.9493 million mu, accounting for 49.83% of the country, and the output was 1.4731 million tons, accounting for 50.07% of the country. However, more than 90% of Guangdong litchi is mainly sold as fresh fruit, and the intensive processing rate is less than 10%. This also leads to the low added value of litchi products, which seriously hinders the high-quality development of the whole litchi industry chain in Guangdong.

Based on the experience of Hainan coconut, more than 30 series products such as coconut food, coconut oil, coconut palm mattress and coconut shell activated carbon produced in Hainan are sold all over the country. In addition to traditional processed products, Hainan is also increasing the R & D efforts of emerging products such as coconut health food and special medical food, so as to build a three-dimensional and multiple intertwined industrial chain. Therefore, if Guangdong litchi industry wants to grow, it must take the road of intensive processing and improve the added value of products.

The launch of “lixiaoji” series products not only promoted the synchronous development and coordinated promotion of “high-grade fresh fruits” and “intensive processing” in Guangdong litchi industry, but also changed the tradition that litchi can only be eaten in summer, so that people can feel the fun of “eating 300 litchi a day” all year round. While enriching Wang Laoji’s category diversification product strategy, it also provides the market with multiple choices of “litchi freedom”. 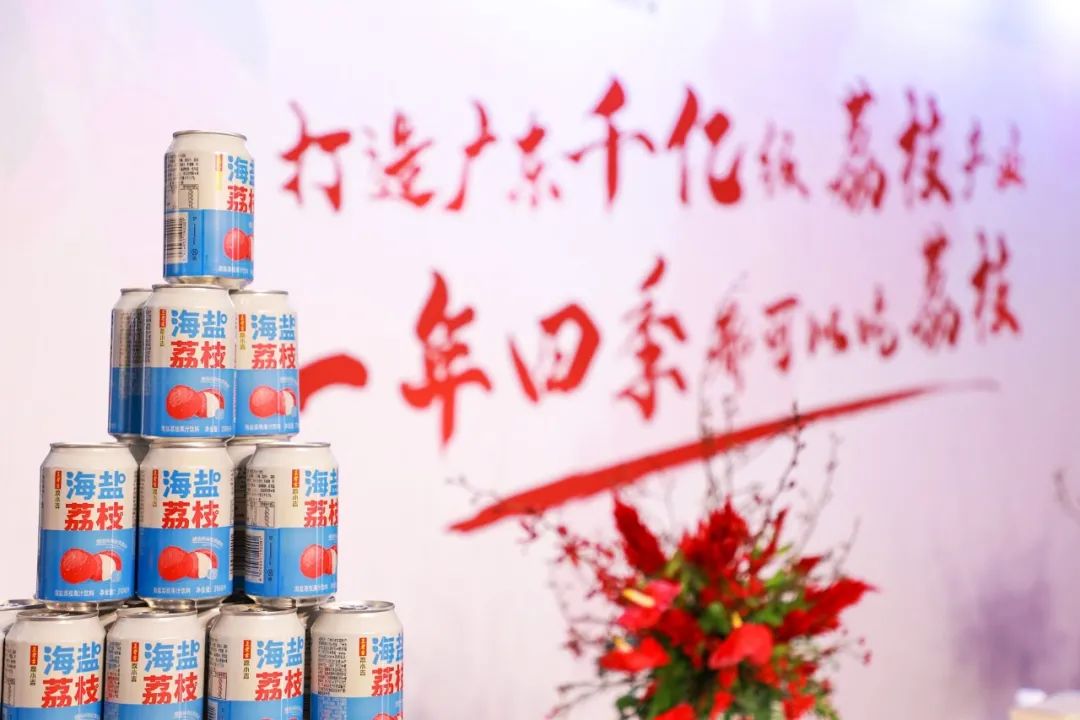 The snack generation noted that the new product of “lixiaoji” not only made full use of the medicinal value of litchi and developed tonics such as litchi bird’s nest, litchi flower glue and litchi rice wine, but also developed a real fruit juice series and litchi bubble water for the young market in combination with the national tide and litchi fever that have become popular in recent years, activating the youth of the brand.

At present, “lixiaoji” mainly has three product matrices, namely flavor drinks, health drinks and tonic products. Among them, the flavor drinks with the product concept of “litchi + mix and match” mainly include sea salt litchi, herbal tea litchi and peach litchi. Aiming at the mentality of young people who like to taste new and mix and match, they can not only enjoy themselves, but also meet the needs of sharing gifts.

The “litchi + bubble” litchi bubble water is positioned to be healthy and light burden. It should meet the demand of generation Z for low sugar health products, so that they can choose to light the burden arbitrarily when friends get together or exercise. Nourishing products make use of the unique nutritional value of litchi and provide a very good natural supplement for people who work overtime and stay up late. 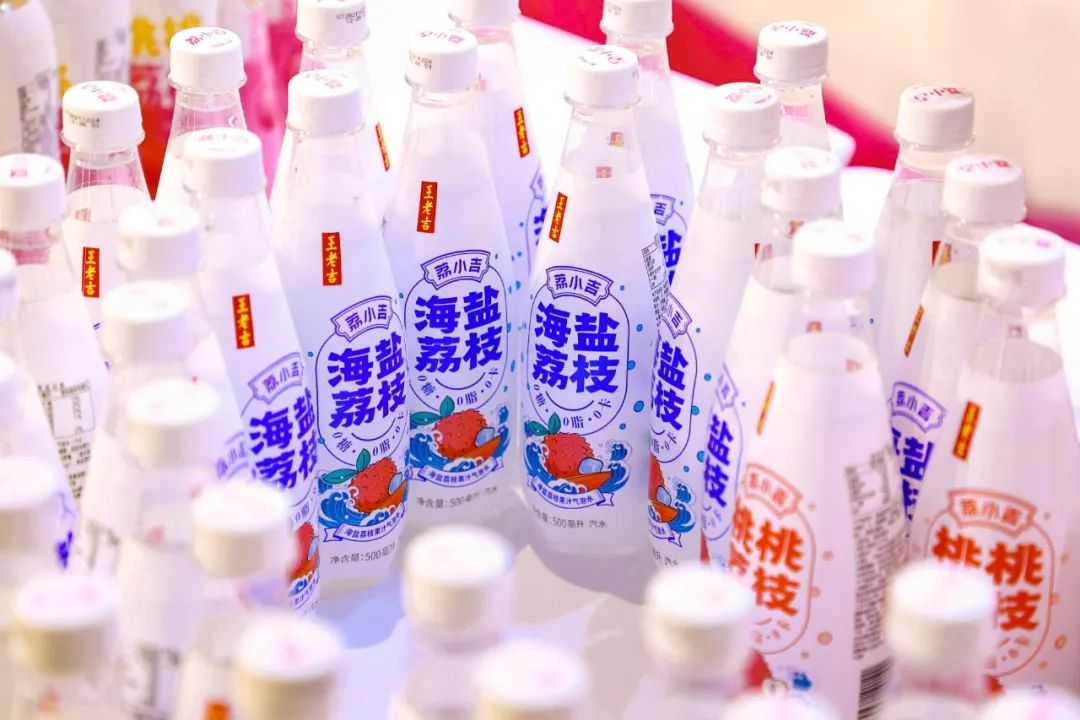 Studies have proved that litchi is rich in functional amino acids and polyphenols, which has a certain effect on beauty. The relevant person in charge of Wang Laoji told the snack generation that next, the company will continue to invest in scientific research expenses, explore the efficacy of litchi together with the professional laboratory team, promote the continuous research of litchi scientific research projects and the development of litchi health products, and transform litchi scientific research achievements into a new economic growth point of litchi industry. According to his disclosure, in January this year, Wang Laoji will hold a number of litchi Carnival activities for citizens to publicize Guangdong litchi culture and products.

Previously, Guangzhou Pharmaceutical Group has formulated the 136 plan for the development of Guangdong litchi 100 billion fashion industry, and has established two wholly-owned subsidiaries in Conghua and Maoming. It plans to build Guangzhou Conghua litchi industry headquarters of Wang Laoji of Guangzhou Pharmaceutical and Maoming Gaozhou litchi product production headquarters, forming a dual headquarters model to lead and drive the development of the whole litchi deep processing industry chain. At present, Guangyao Wanglaoji (Maoming Gaozhou) production base is under construction and is expected to be officially put into operation in the second half of the year. 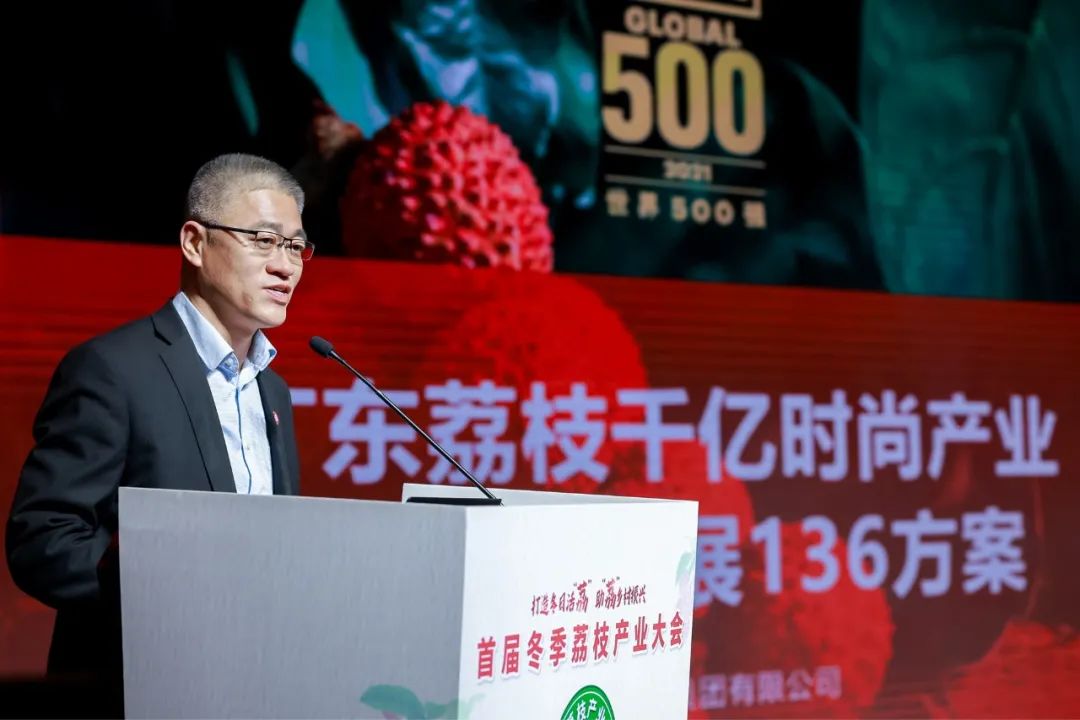 According to Yang Jun, general manager of Guangzhou Pharmaceutical Group, the group will take health and fashion as the main line, develop the fine and deep processing industry of litchi, and build the whole industry chain of litchi fashion ecology with the model of brand empowerment and leading, “At present, we have formed the overall positioning of building a 100 billion healthy, fashionable and ecological litchi industry in Guangdong. With culture, science and technology and market as the three supports and resources, policies, products, funds, brands and operations as the six starting points, we have formed a ‘136 plan’ and a ‘1 + 5’ integrated industrial layout and step-by-step implementation strategy to promote the high-quality development of the 100 billion litchi fashion industry in Guangdong The general idea. “

According to the plan, next, Guangyao Wang Laoji will further deepen the research and development of key technologies for litchi preservation, the R & D of litchi intensive processing series products, and the development and utilization of medicinal and nutritional functions of litchi whole fruit. In addition, it will also excavate the history and culture of litchi and tell the story of litchi well. 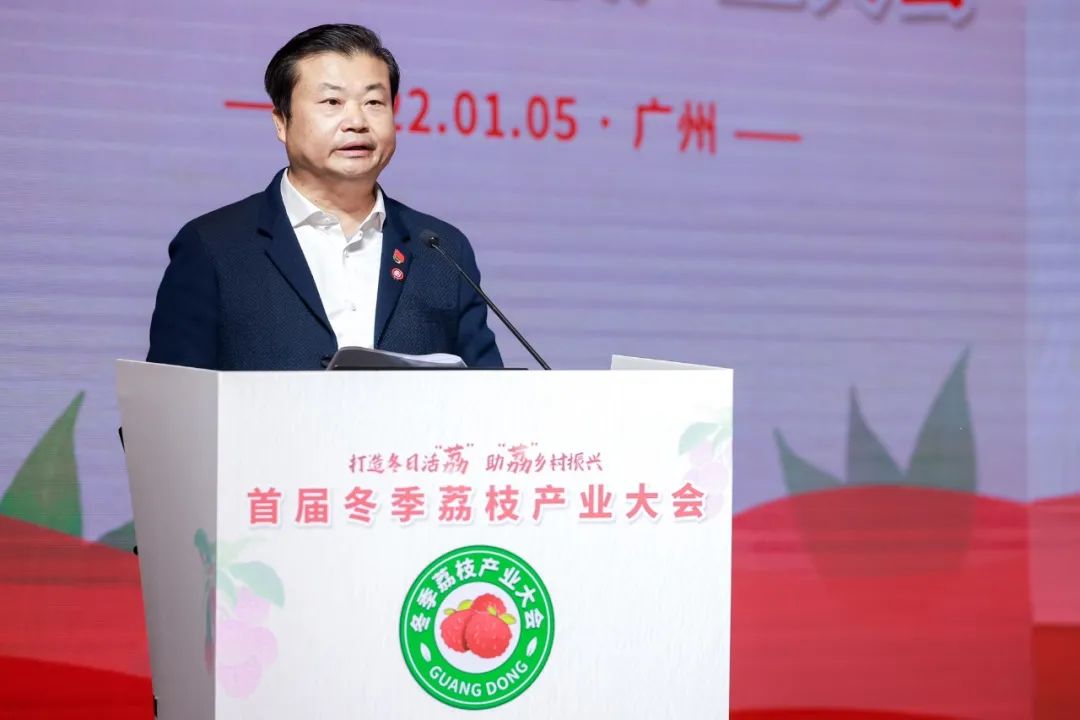 Li Chuyuan, Secretary of the Party committee and chairman of Guangyao group, delivered a speech at the first winter litchi industry conference

“The litchi industry in Guangdong has great prospects and will certainly have great achievements.” According to Li Chuyuan, Guangzhou Pharmaceutical Group will make every effort to build a world-class biomedical and health enterprise, in which the big health sector mainly carried by Wang Laoji herbal tea will play an increasingly important role. At present, Guangzhou Pharmaceutical is raising its development vision from herbal tea industry to big health industry. Next, it will continue to carry out multi category layout to endow more innovative products with Wang Laoji brand.