Yili announced the use plan of more than 5.3 billion raised funds 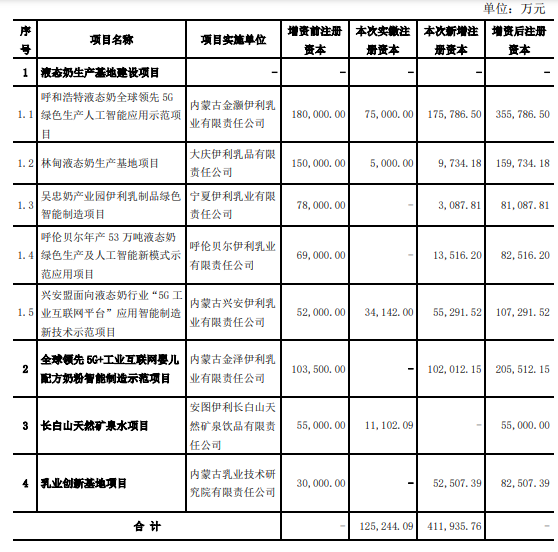 Chabaidao: no problem with the production process

On January 11, some consumers reported that they drank cockroaches in chabaidao milk tea. On the evening of January 12, chabaidao public relations said that after self-examination by the store, there was no problem in the production process of milk tea. After that, the store operator will continue to communicate with the consumer about compensation. (market information)

On January 12, Liziyuan announced that its wholly-owned subsidiary Yunnan Liziyuan Food Co., Ltd. planned to invest in the construction of three aseptic filling production lines for milk containing drinks and supporting the construction of warehouses and other ancillary facilities. The total land scale of the project is about 89 mu, and the total planned investment is about 200 million yuan. (Beijing News)

In response to the investors’ questions about whether the company’s products have the idea of raising prices, the Board Secretary of Shuangta food said that the company has raised prices in different ranges in the international and domestic markets according to the product classification. (Sina Finance)

Beef noodles in Master Kang’s private house, which has been operating for 14 years on the south side of Chang’an Street, Beijing, appeared in the style of quintessence flagship store. It is reported that the future unified positioning image of Master Kang beef noodles is mainly to create “new Chinese quintessence flavor”. It is expected to open 40 new stores throughout the country in 2022. (Beijing Youth Daily)

Recently, the overall color of a new store opened by Haidilao in Wanda Plaza, Longgang, Shenzhen has turned blue. It has also added a pull partition, led interactive large screen, full-automatic pot bottom production area, etc. It is understood that the store is to comply with the positioning of smart technology in the square where it is located. The customized smart store is unlikely to be implemented nationwide. (see V for hot-pot/" 22375 rel="nofollow" target="_self">hot pot meal)

It is reported that qixintian International Holding Co., Ltd. officially submitted a prospectus to the Hong Kong Stock Exchange on January 12. According to frost Sullivan, qixintian is the third largest hotpot restaurant operator in China based on the revenue of direct restaurants in 2020. In 2019 and 2020, the revenue of qixintian will be 1.285 billion yuan and 1.426 billion yuan respectively; In the first three quarters of 2021, it increased by 49.4% from 991 million yuan in the same period in 2020 to 1.480 billion yuan. (I knew it)

Shanghai xiandewei International Trade Co., Ltd. was sentenced by Shanghai Pudong New Area market supervision and administration to confiscate nearly 120000 yuan of illegal income and impose a fine of more than 500000 yuan for producing and operating foods that exceed the scope and limit of food additives. (Shanghai Municipal Bureau of supervision)

On January 11, the food evaluation center of the State Administration of Market Supervision issued three batches of approval documents (decision) for the registration of infant formula milk powder products to be received. The details are as follows. (Food Review Center) 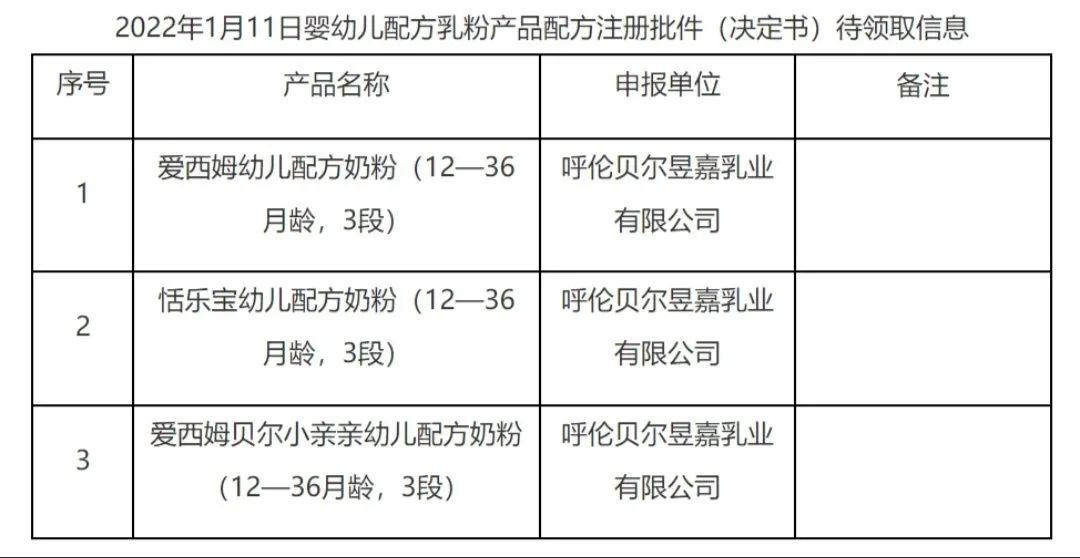 Tsingtao beer has released ultra-high-end beer. The price of two bottles is 2698 yuan

Recently, Tsingtao Beer released the “Legend of the first world” of ultra-high-end beer. The e-commerce platform shows that the price of 2 bottles of 1.5L of this beer is 2698 yuan. (China Economic Weekly)

Three squirrels will join hands with Tencent mobile game “food story” to launch a custom joint gift box named “food and Nianfeng” on this year’s new year’s goods Festival. The joint activity will be carried out from January 21. The customized joint gift box will be distributed in all the stores of the three squirrels. (Phoenix)

Recently, in view of the downturn in Unilever’s share price, Terry Smith, the company’s top ten shareholders, launched an attack on CEO Qiao Anlu. In this regard, Jefferies analyst Martin deboo said that he believes that the root of Unilever’s problem lies in its food business, which should be sold more. (Financial Times)

Yesterday, kafheinz appointed DAFNE Hefner as chief strategy and transformation officer in North America. His most recent position is senior vice president of strategy and insight of Budweiser group (released by the company)

Shu jueteng, spokesman of the Ministry of Commerce, introduced at a press conference on the 13th that in recent years, China’s new foreign trade industry has developed vigorously and continued to innovate. China’s cross-border e-commerce has increased nearly 10 times in five years and will continue to maintain double-digit growth in 2021. Shu jueteng further pointed out that the scale of procurement trade in the cross-border e-commerce market has increased five times in six years, and the export volume will reach a new record in 2021. There are more than 1500 comprehensive foreign trade service enterprises, more than 2000 overseas warehouses, and about 130 bonded maintenance projects of processing trade have been completed. (China News Network)

The amount of pet food has increased by 20%, and the cat food market has caught up with dog food

According to the data of urban household consumption sample group of Kaidu consumer index, the amount of pet food increased by nearly 20% in the 52 weeks ending July 2021 compared with the same period last year. Dog food category increased by more than 14%, cat food category increased by more than 25%. In 2017, the market scale of cat food was only half of that of dog food, but the market scale of cat food has been equal to that of dog food in 2021, and it is expected to further lead in the future. (Kaidu consumer index)

Express is not closed during the Spring Festival