“Through the operation mode of stages and batches, meat processing will be put into operation this year, cold chain logistics and environmental protection packaging will be put into operation next year, and baked food will be put into operation in 2024.” On January 14, the commencement ceremony of the main project of McDonald’s supply chain smart Industrial Park was held in Hanxiao Industrial Park, Xiaonan District. The main projects started this time include cold chain warehouse, logistics distribution, baking production line and packaging production line. McDonald’s supply chain smart Industrial Park project is the world’s first “one base and three centers” whole industry chain smart industrial park covering central China, which is jointly invested and constructed by three world top 500 enterprises of McDonald’s, Tyson food and binburg group and two McDonald’s core suppliers of xinxiahui logistics and Zidan packaging (jingchu.com)

Naixue’s big data report of tea in 2021 was released, with an average of 3.5 days

Recently, Naixue’s tea released the 2021 big data report (hereinafter referred to as the report), which shows the product performance and consumer behavior of the year in the form of charts. The report shows that in 2021, Naixue launched 105 new products, including 42 drinks, 37 baking products and 26 retail products, with an average of 3.5 days. The report also pointed out that Shanghai, known for its “sweet taste”, has nearly 40% of consumers choosing less than the standard sweet, becoming the most “sugar control” city in China. It is worth mentioning that among the 10 cities with the lowest proportion of standard sugar drinks, 7 are from the “postal area” of Jiangsu, Zhejiang and Shanghai, and the other 3 are Beijing, Xiamen and Chengdu. (issued by the company)

Costa frequency is changed by PI ye and M stand

Recently, a reporter from new consumption daily found that Costa coffee in blue harbor, Sanlitun, ITC and other places in Beijing’s core business district has been replaced by Peet’s coffee, Starbucks, TIMS coffee and other brands. In Hangzhou and other places, brands such as m stand have also become the main force to replace Costa. According to the salesperson of Picea coffee, Picea has accelerated the layout of first tier cities in 2021, and many of the properties withdrawn by Costa are located in the core business district, which is in line with the positioning of Picea and other brands. The salesmen of tims coffee and the woods coffee told the new consumption daily that in addition to the location, the stores withdrawn by Costa have certain advantages in area and employee recruitment. (Finance associated press new consumption daily)

On January 12, the first store of Italian coffee brand lavassa in Fujian opened in Zhonghua City, Zhongshan Road, Xiamen. In 2020, Lavazza Lavazza launched its first flagship store outside Italy in Shanghai. It is jointly operated by Yum China Holdings Co., Ltd. and Lavazza group. At present, it has opened many stores in Shanghai, Hangzhou, Beijing, Guangzhou, Shenzhen, Wuhan, Changsha and Chengdu, and has settled its first store in Fujian in Xiamen at the beginning of 2022. (Damin News)

Wu Zhen, CMO of yutianchuan, said recently that yutianchuan’s hanging ear coffee factory in Kunshan has been put into operation. From the aspects of production capacity, environmental protection concept and sustainable development, “the benchmark is world-class high standards”. In addition, the brand’s overall online sales account for more than 80%, and has settled in b-end retail channels such as Wal Mart, Metro and convenience stores, as well as hotel channels such as Yaduo and Huazhu citigo. It will continue to explore in the future. (first financial business data center)

Wal Mart adjusted its senior management. The retail giant is trying to maintain the growth momentum since the epidemic and accelerate the construction of online business. According to an internal notice sent on Friday, Scott McCall, the company’s chief marketing officer, will retire and Janey Whiteside, the company’s chief customer officer, will leave. (Wall Street Journal)

On January 12, the compensation and Management Development Committee of Starbucks board of directors approved the revision and restatement of the company’s executive bonus plan, stipulating that the company’s qualified partners (senior management above the company’s vice president) shall be awarded annual awards. The committee can specify one or more performance standards and factors according to the revised content, and determine the performance objectives and bonus payment formula for each performance period. (company announcement)

Sprite in label free packaging made its debut in Korea

According to Yonhap, Coca Cola said on January 13 that it was the first to launch the label free packaging of its brand sprite in South Korea. (Korean version of renmin.com) 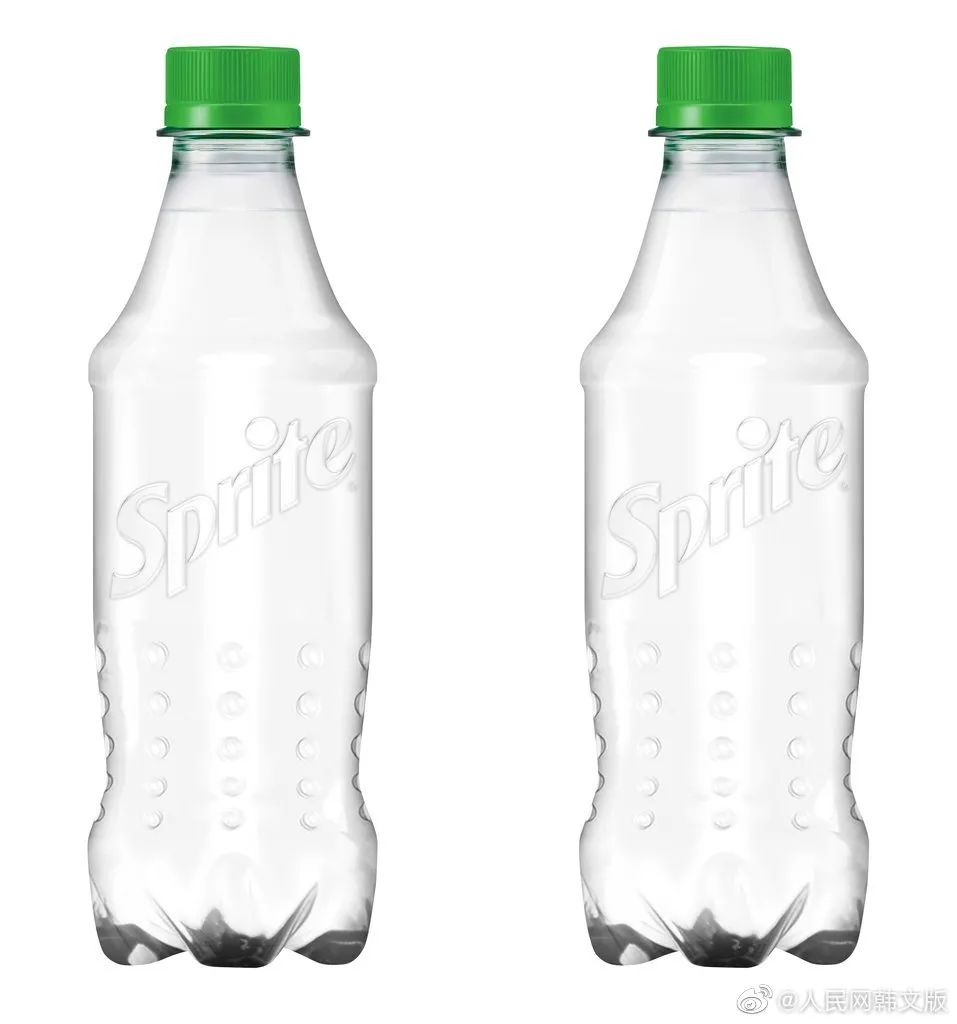 Beijing will build a quarter of an hour convenient life circle this year, including cafes and other financial support

On January 14, the reporter learned from the Beijing Municipal Bureau of commerce that by 2021, there were more than 90000 outlets in the city, including vegetable retail, convenience store (community supermarket), breakfast, housekeeping, beauty salon, terminal distribution (express cabinet), washing and dyeing and convenient maintenance, which has realized the full coverage of the city’s community basic convenient commercial service functions. This year, the city will create a quarter of an hour convenient life circle. Optimize the direction of financial support and include chain pharmacies, front warehouses and cafes into the scope of financial support. (Beijing News)

On January 14, the “you order and I inspect” activity of Shanghai food safety in 2022 was officially launched in Raffles square, Changning. At the launching ceremony, the overall situation of Shanghai’s food safety sampling inspection and monitoring in 2021 was reported. The urban two-level market supervision departments completed a total of 135000 batches of 33 categories of food safety sampling and monitoring tasks, the annual sampling volume of food reached 5.5 batches / 1000 people, and the overall qualified rate of food safety was 99.7%. (dongfang.com)

Guangzhou introduced measures to support the accommodation and catering industry

On January 13, several measures to promote the development of accommodation and catering industry in Guangzhou (hereinafter referred to as “several measures”) were officially issued. Among them, for projects where the investment cost of infrastructure software and hardware such as new or upgraded stores, supply chain construction and digital operation of accommodation and catering enterprises exceeds 1 million yuan, a fund subsidy of up to 30% of the actual total investment of the project and a limit of 1 million yuan can be given. According to the data of Guangzhou Bureau of Commerce, from January to November last year, the retail sales of accommodation and catering industry in Guangzhou increased by 22.6% year-on-year, higher than that of the whole province. (jinyang.com)

Novel coronavirus pneumonia prevention and control work has been issued recently by the people’s Government of Weining Autonomous County. The circular requires that the production and operation units of imported cold chain food and imported non cold chain food must fully implement the real name registration and sales of consumption, and record the buyer’s name, address, contact information, name of purchased goods, quantity, batch, country of origin and other information in detail to ensure the traceability of the whole process. (sky eye News)

Ye Maozhong, a famous marketing planning expert in China, died in Shanghai on January 13, 2022 at the age of 54 because of advanced cancer. In the golden age of TV advertising, his works are widely known. Until now, you can still remember the pictures and sounds of these advertisements – melatonin’s “no gifts for this festival, only melatonin for gifts”, Ganji’s “Ganji ~”, Fu Yanjie’s “washing is healthier”, and Arctic velvet thermal underwear’s “everyone on earth knows”… (Interface)

US retail sales fell 1.9% month on month in December

U.S. retail sales fell 1.9% in December, and the end of the holiday shopping season was overshadowed by Omicron’s new crown case and soaring inflation. Before the sharp decline in December, US retail sales reached a record high from 1.8% month on month growth in October. The Commerce Department said on Friday that sales of retail stores, online shopping and restaurants increased by 16.9% in December compared with the same period last year. Many holiday shoppers have heard warnings about transport delays, bringing forward a large part of spending that should have taken place during the holiday shopping season earlier last year. (Wall Street Journal)