Xiao Jingjing, managing director of Chunhua capital, said that cross-border connection is a core advantage of Chunhua in post investment management. For the post investment management of holding investment, she believes that PE should do well in the following four points. First, formulate a new strategic direction. Mead Johnson China business was sold because its performance encountered various challenges inside and outside the industry, so it is very important to formulate a new strategic policy. Second, set up a good team and select the right people. Xiao Jingjing believes that for PE controlling shareholders, the most important thing is to choose a suitable professional team to operate the enterprise independently. Third, improve corporate governance, manage people with systems and manage affairs with processes. Fourth, shareholders should think about the driving force of the company’s long-term development. (issued by the company)

Zhangzi Island said on the interactive platform that the company was concerned about recent media reports that “Pacific scallops poured into Zhangzi Island due to Tonga volcanic eruption and tsunami, and the revenue will increase by 100% this year” and related rumors. The above reports and rumors were seriously untrue, and the company’s management did not accept any relevant interviews and replies to the above questions, The company reserves the right to protect its own rights and interests through legal channels. (Sina Finance)

On the evening of January 17, Dongpeng beverage announced that the net profit attributable to the shareholders of the listed company is expected to be 1.15 billion to 1.25 billion from January to December 2021, with a year-on-year increase of 41.61% to 53.93%. (company announcement)

Yesterday, the State Administration of market supervision reported a number of typical cases of special law enforcement actions on fake and shoddy food in rural areas. Among them, Tianjin xinhaifu Food Trading Co., Ltd. was found to be used for sales, marking 223 boxes of Pepsi Cola concentrated syrup produced by Nanjing Pepsi Cola Beverage Co., Ltd. After on-site identification, the above syrup goods are not produced by Nanjing Pepsi company and belong to the goods infringing the exclusive right to use the trademark of “Pepsi Cola”. The comprehensive law enforcement corps of Tianjin Market Supervision issued a warning to the company according to law, confiscated 265 boxes of Pepsi concentrated syrup infringing the exclusive right to use registered trademarks, and imposed an administrative penalty of 458000 yuan. (General Administration of market supervision and Administration)

The interface news confirmed from the relevant person in charge of aunt Qian that all stores of aunt Qian in Beijing, including direct stores and franchise stores, will be closed. It attributed the main reasons for the broken halberd market in Beijing to the different living habits and consumption behaviors between the South and the north, as well as the high operating pressure under the influence of the epidemic. (interface News)

Recently, nongnongshanquan Jilin Changbai Mountain Co., Ltd. has undergone industrial and commercial changes, and the company’s business scope has added “cosmetics retail, leisure and sightseeing activities” and so on. (36 krypton)

Recently, the plant almond milk brand “Jixing” completed an angel round financing of RMB 10 million, which was jointly invested by Xiangtai investment, Jin Huifeng and tomato capital. The founding team said that the amount of this round of financing will be used for product R & D. (36 krypton)

On January 1, 2022, the full line of Tan Liquor 2021 ushered in an official price increase. According to the previously established product pricing system, Tan Liquor will determine the range of price increase and the final selling price again according to its latest wine age, the price of liquor in different years and their respective proportion after calculation on the basis of increasing the storage year of wine bottle by one year. 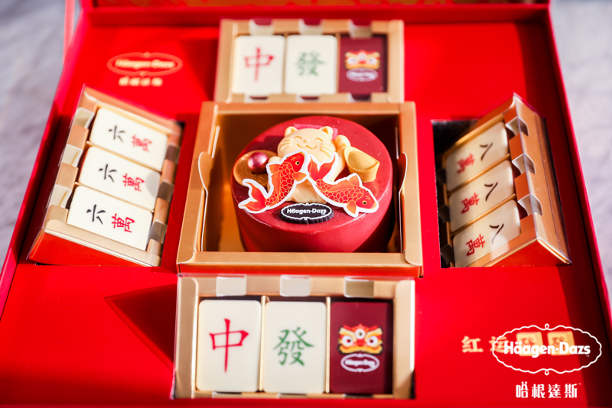 Recently, COFCO international, a subsidiary of COFCO group, announced that by the end of December 2021, all directly purchased soybeans in matopiba, an important soybean producing area in Brazil, had been 100% traceable, which means that a breakthrough has been made in the sustainable soybean supply chain established in Brazil. (issued by the company)

Chocolate maker Swiss lotus said on Tuesday that the epidemic has led consumers to buy more sweets, driving its sales to increase by 13.3% in 2021, and expects its demand for high-grade chocolate to continue to grow this year. In 2022, Swiss lotus hopes to achieve the medium and long-term goal of growth of 5-7%, with an operating profit margin of 15%. From 2023, the company’s profit margin is expected to increase by 20-40 basis points per year. (Reuters)

According to people familiar with the situation, affinity equity partners, a Hong Kong based private equity company, will sell its Burger King fast food business in South Korea and Japan this week, with a transaction price of more than US $1 billion. Affinity has appointed Goldman Sachs to take charge of the sale, targeting private equity investors and strategic buyers. Affinity acquired all the control rights of Burger King of Korea at a price of about US $170 million in 2016, and acquired the Japanese franchise of the brand a year later. (Reuters)

People familiar with the situation said that Bain Capital is seeking to bid for the equity of the welfare and reward Department of Sodexo, a French listed catering company, because the latter is looking for investors who can fund the transformation. Sodexo is seeking to sell about 30% of its minority stake in the business, a person who declined to be named said. The business has been promoting the recovery of the company in the post epidemic era by providing employee benefit plans, such as meal vouchers and gift cards. (Reuters)

According to TMIC (tmall new product innovation center), chocolate purchase channels are gradually turning to online, and the chocolate market on tmall platform has continued to grow in recent years. In terms of the proportion of sales, flavor chocolate accounts for more than 60%, realizing rapid innovation with a variety of varieties; Dark chocolate followed closely. During the “double 11” period in 2021, the sales growth was as high as 90%, attracting consumers with unique product characteristics and high category viscosity. These two sub categories were the main sources of market growth last year. As an emerging category, the scale of low-temperature chocolate is still small, but the growth rate during the “double 11” period last year also reached 73%, with considerable potential in the future. (Kaidu)

Thanks to the strong consumer demand of China and the United States, cognac sales soared by nearly one-third last year, indicating that high-end wine drinkers have shaken off the impact of the epidemic. Bnic, an industry group, said on Monday that sales of brandy produced in French cognac regions increased by nearly 31% to 3.6 billion euros, and sales increased by 16% to 232.2 million bottles. (Reuters)