As usual, when you turn on your mobile phone and want to order a cup of Starbucks coffee, you will find more takeout platforms that can place orders. 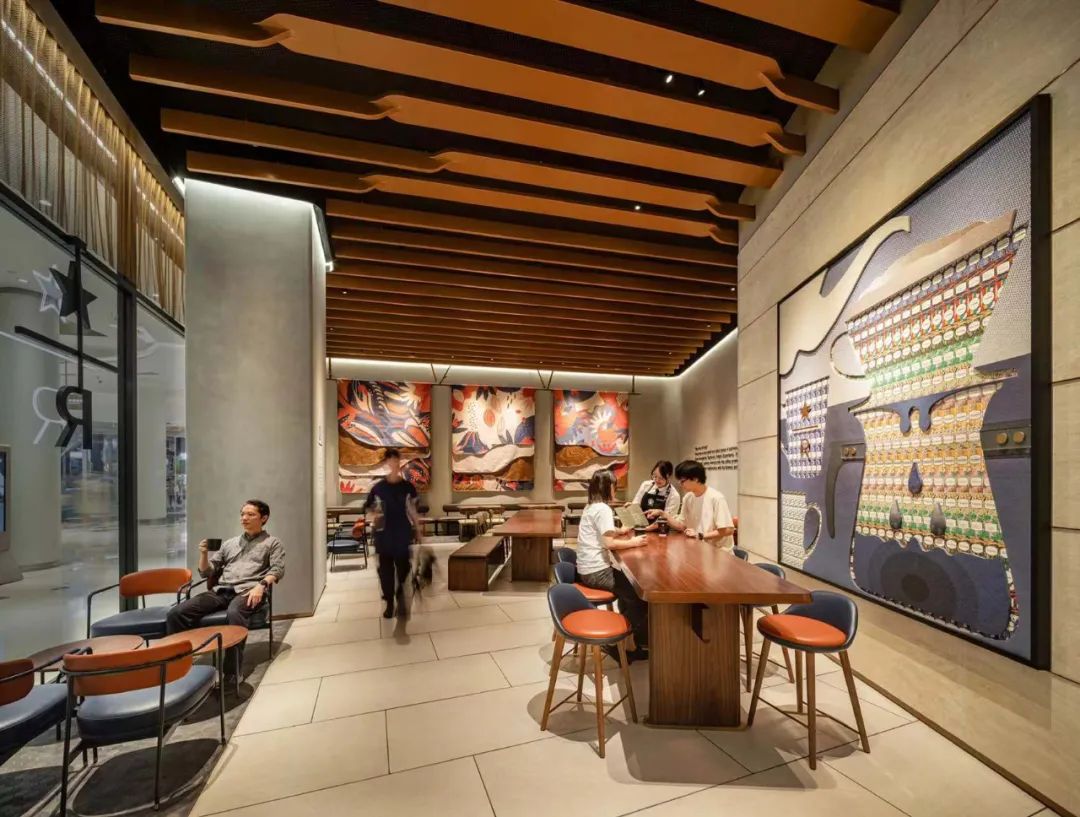 In short, Starbucks “iron powder” can not only order an official coffee takeout in meituan, but also book a meeting or group meeting on the platform. Although it is regarded by many people as a good place for office, business and social networking, Starbucks, which already has more than 5300 stores in China, did not uniformly open reservation services on a large scale before launching the “1971 living room”.

Next, we might as well “watch” the latest play of this coffee shop giant.

The “highlight” of this latest cooperation is naturally takeout.

According to public information, the three-year exclusive distribution cooperation agreement between Starbucks and Alibaba’s takeout distribution platform hungry has expired on December 31, 2021. Some time ago, it was also reported that Starbucks takeout went online to meituan. Last week, a Starbucks employee wrote in xiaohongshu that during the morning shift from 7 a.m. to 3:30 p.m., its store is in the state of using both platforms, and meituan riders appear more frequently. “Now what goes in and out of the store is yellow clothes, and there is less blue”. 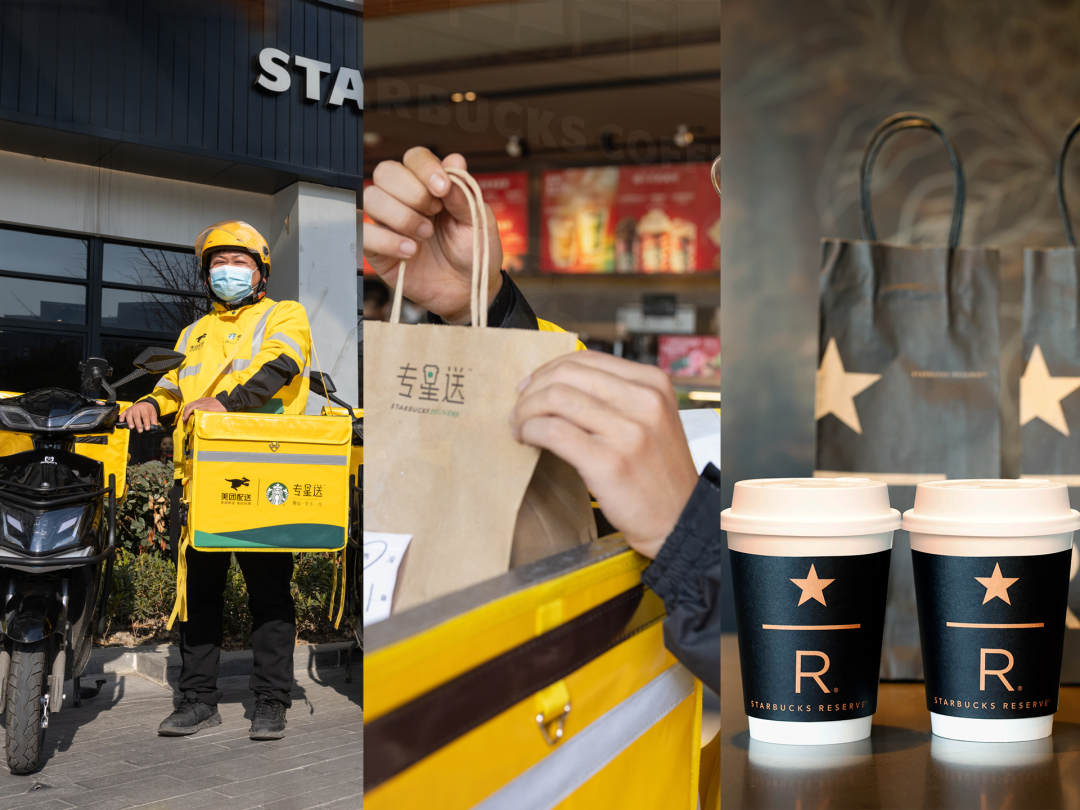 For the first time in meituan, Starbucks “special star delivery” service is said to have added new functions. For example, when consumers find more Starbucks stores nearby in meituan takeout, the app will give priority to the brand area page to quickly recommend stores with “sufficient goods”, “fastest delivery” and “Zhenxuan series” for easy selection.

In fact, “hand in hand” meituan can be said to be the latest masterpiece of Starbucks in China to meet the needs of coffee convenience. Especially in the post epidemic era, more people turn to take out because of concerns about health and social distance. This business is also regarded by many catering chains as a starting point for recovery and continues to increase.

Xiaoshidai said that after the outbreak, Starbucks’ takeout business in China also reached a record high. In the fiscal year 2021 (the year ended October 3 last year), the mobile order business (Note: including takeout and takeout) accounted for a record 36% of Starbucks’ overall sales in China. This figure is significantly higher than 26% in the previous year and more than twice the pre epidemic level. 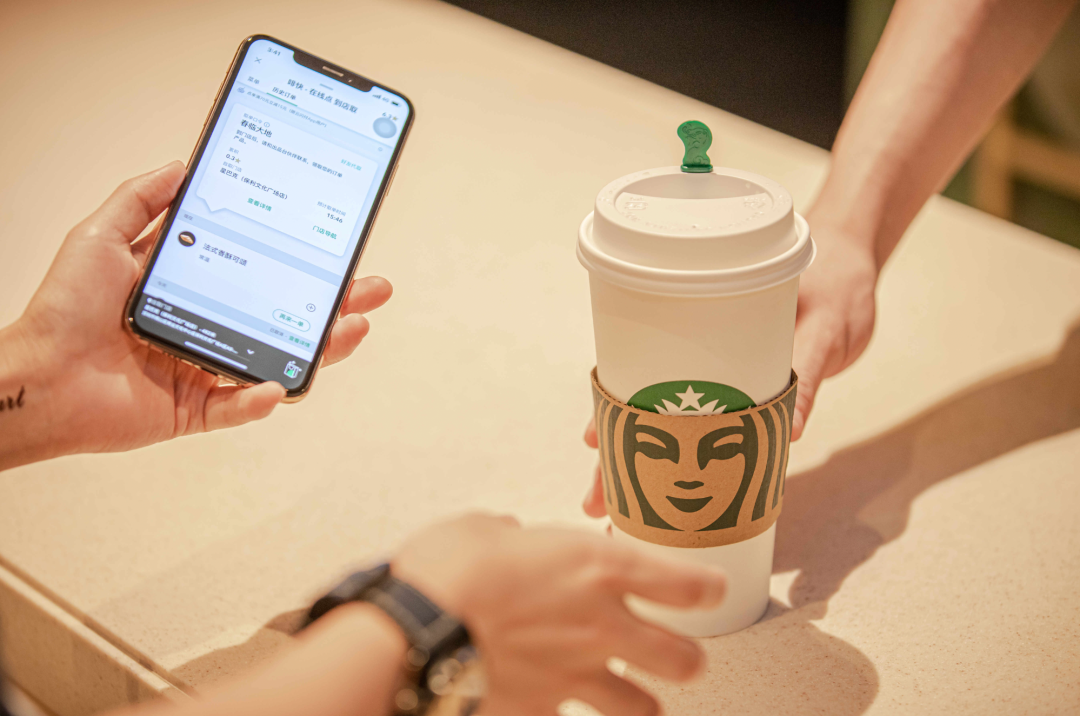 Today, Starbucks China told snack generation that at present, its “special star delivery” takeout service has covered its own channels such as meituan, hungry, official app and wechat applet. As for whether Alibaba will adjust the strategic cooperation of takeout in the future, the company did not respond positively to the snack generation, but said that it “will continue to seek cooperation with China’s top cooperative enterprises and constantly innovate the coffee experience with the innovation strength of partners”

So, what’s the difference between meituan takeout and Starbucks now?

Today, the snack generation tried to place an order in the same Starbucks store on two platforms. It found that the prices of many common coffees such as American, latte and furuibai on both sides are the same, and they also have the promise of 70 minus 6 discounts and delivery in about 30 minutes.

However, the two sides have also played different activities recently. For example, if you are hungry today, you will receive a pop-up window of 9 yuan and 9 yuan to buy a gift bag full of coupons. In addition, some consumers posted a document on the social platform that they could get a mini spring festival couplet in the year of the tiger by opening the meituan takeout app from January 10 to January 16, searching for “Starbucks gift” and purchasing a specified package.

In addition to overweight takeout, telling the story of coffee social networking through “1971 living room” and “super store” is also a new attempt of Starbucks China to explore opportunities in a “Red Sea”.

Among them, the “1971 living room” service named after the year Starbucks was founded can be said to be an upgraded strategy for the coffee chain giant to broaden the boundary of the “third space”. Last November, Starbucks China announced the opening of the first shared space concept store in the mainland to start the business of sharing conference rooms and business communities. 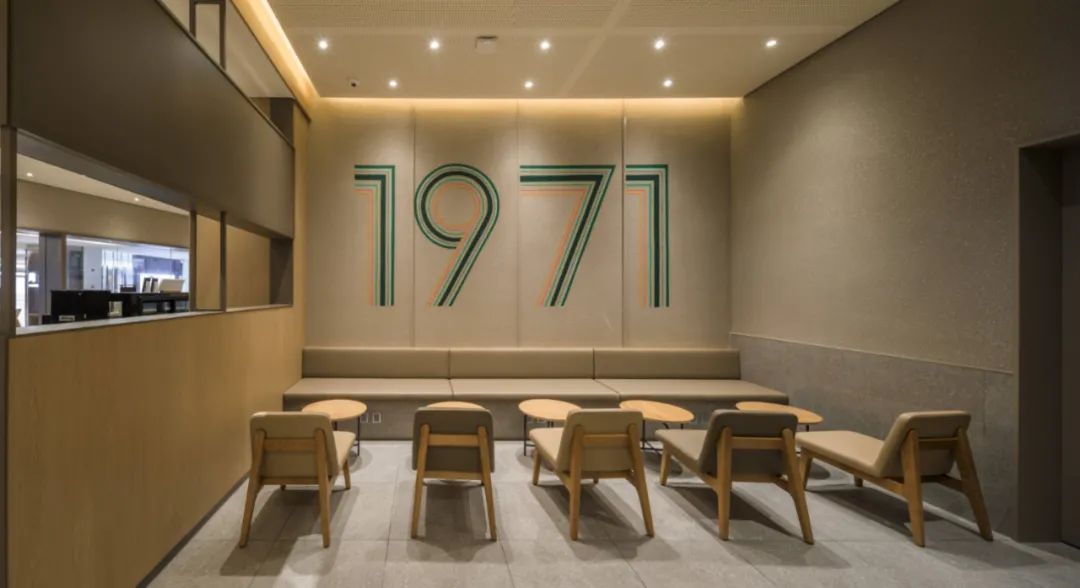 In contrast, “1971 living room” jumped out of the limitations of store type and made greater use of different store types to provide places for business, leisure parties and so on. According to reports, the service aims to meet the space needs of gatherings, meetings, work and study. Consumers can book the exclusive space in Starbucks stores through meituan app and public comment app under meituan. 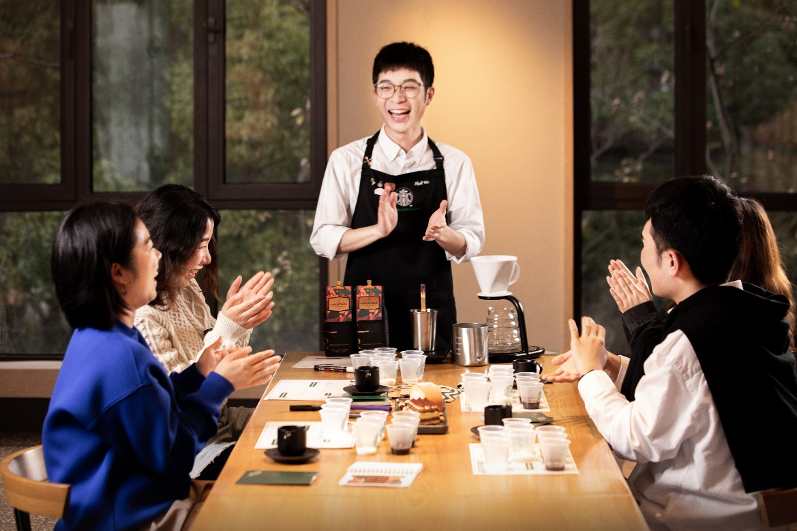 According to the official description, “coffee has a bureau” is similar to the coffee theme “board game”. Starbucks regional coffee masters play the “host” and lead consumers to try to make coffee by themselves. There are “immersive character tasks” in the process, and participating players can also obtain exclusive equipment.

At present, the “1971 living room” service will take the lead in launching more than 60 stores in Beijing, Shanghai, Shenzhen and Chengdu, and plans to gradually cover more Starbucks stores in the country in the future. 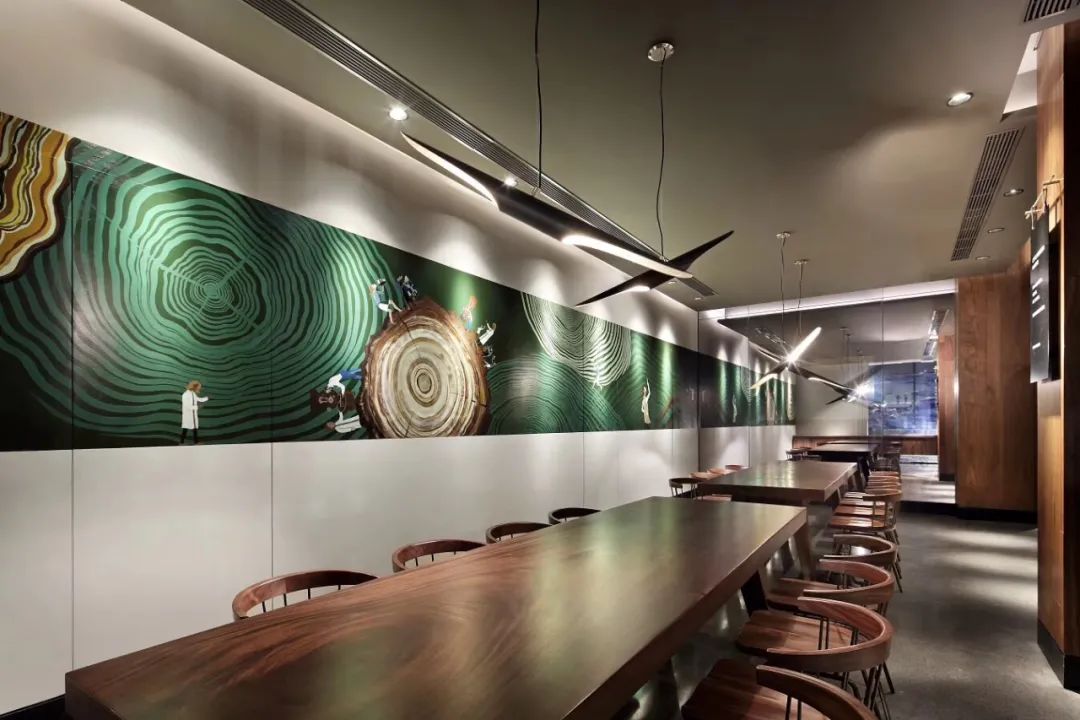 “With the continuous expansion of the number of stores covered, Starbucks will continue to explore more potential of ‘1971 living room’.” The company said that in addition to the planned coffee series courses, community activities and other functions, it will release and manage the existing coffee classrooms, birthday parties, pet parties, sign language classes and other daily activities in the store through this service in the future.

In addition, the two sides also cooperated to implement the innovative function of meituan’s “super store” for the first time and apply it to Starbucks.

Starbucks said that “super store” is a multi-functional product created by meituan based on the service, experience, operation and marketing characteristics of catering chain brand stores. At that time, each store in meituan will have a home page integrating transaction, reservation and display. 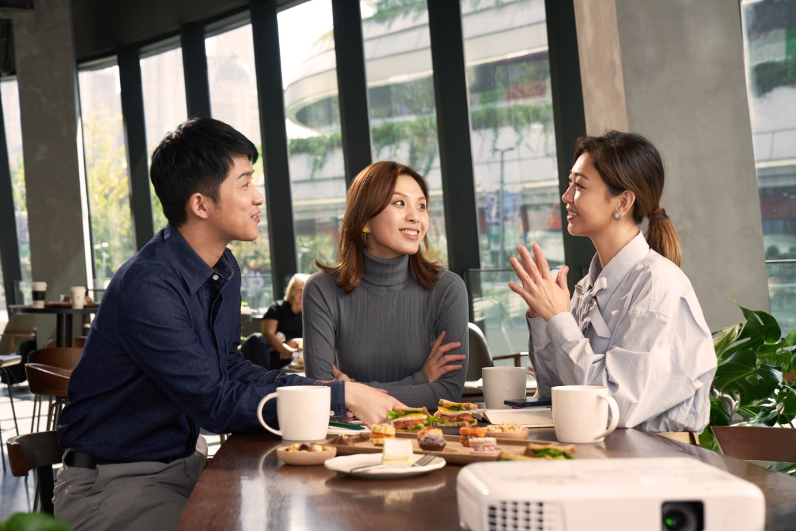 Specifically, consumers can use the functions of special star delivery, coffee express and “1971 living room” booking space in the home page. Each store will also display its unique design through store labels, photos, videos and other forms. In other words, this “super store” page can be understood as a “position” integrating Starbucks online order, reservation, overall display of offline stores, activity schedule and other information.

The company described that based on this, the space design, characteristic products, star baristas, activity schedule and customer community of its different stores will be fully presented in the digital space for the first time, “extending the emotional connection between the store, regular customers and the community to the online”.