Xiaoshidai noted that on January 19, London local time, Unilever again issued a statement saying that it would not raise prices after it planned to spend 50 billion pounds (about 433.985 billion yuan) to acquire GlaxoSmithKline’s consumer health products department, but was rejected by the other party on the grounds of undervaluation. The acquisition will be very likely 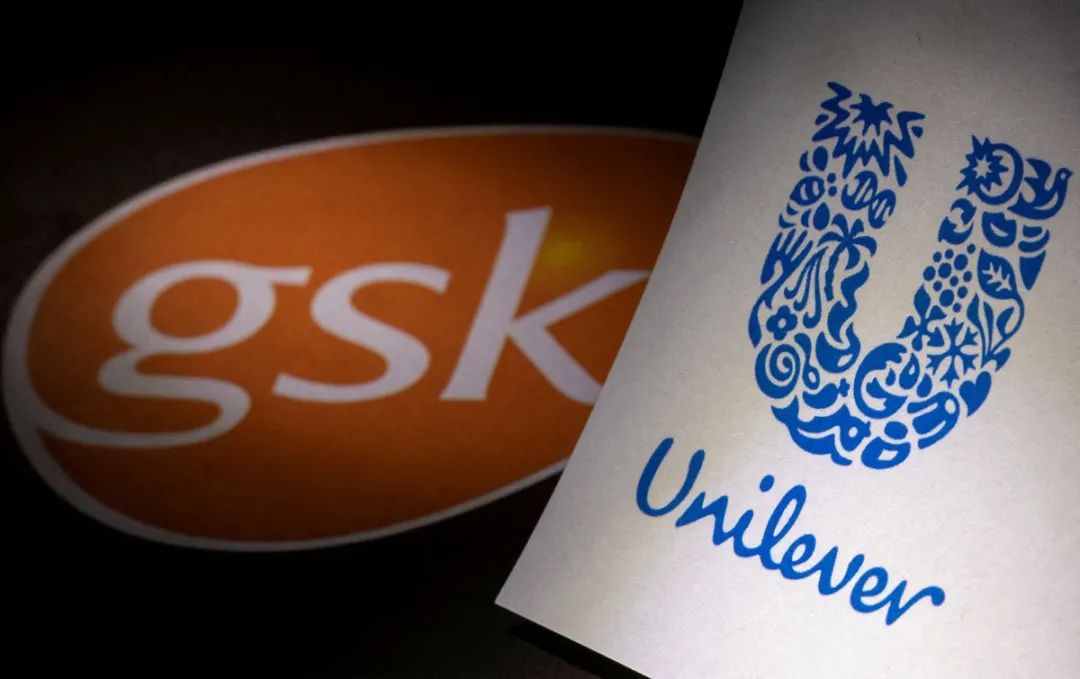 Just two days ago, Unilever didn’t seem to have given up. According to public information, despite being rejected, Unilever still hopes to reach an agreement on the acquisition and may consider a new round of quotation. So what happened in the past two days? After giving up GlaxoSmithKline, where will Unilever’s corporate strategy go?

Let’s pay close attention to the plot of this “big play”.

“We note the financial vision recently shared by the current shareholders of GlaxoSmithKline’s consumer health sector and are sure that this will not change our view of the basic value of [its business].” Unilever said, “therefore, we will not raise the offer to more than £ 50 billion.”

Unilever is committed to maintaining “strict financial discipline” to ensure that acquisitions create value for its shareholders, the company said in a statement. At the same time, Unilever reiterated its commitment to continue to improve the performance of its existing portfolio by “continuing to focus on operational excellence, upcoming restructuring and shifting its portfolio to higher growth categories”.

“We look forward to updating our fourth quarter and full year results on February 10 and continuing our contacts with shareholders.” The company said. 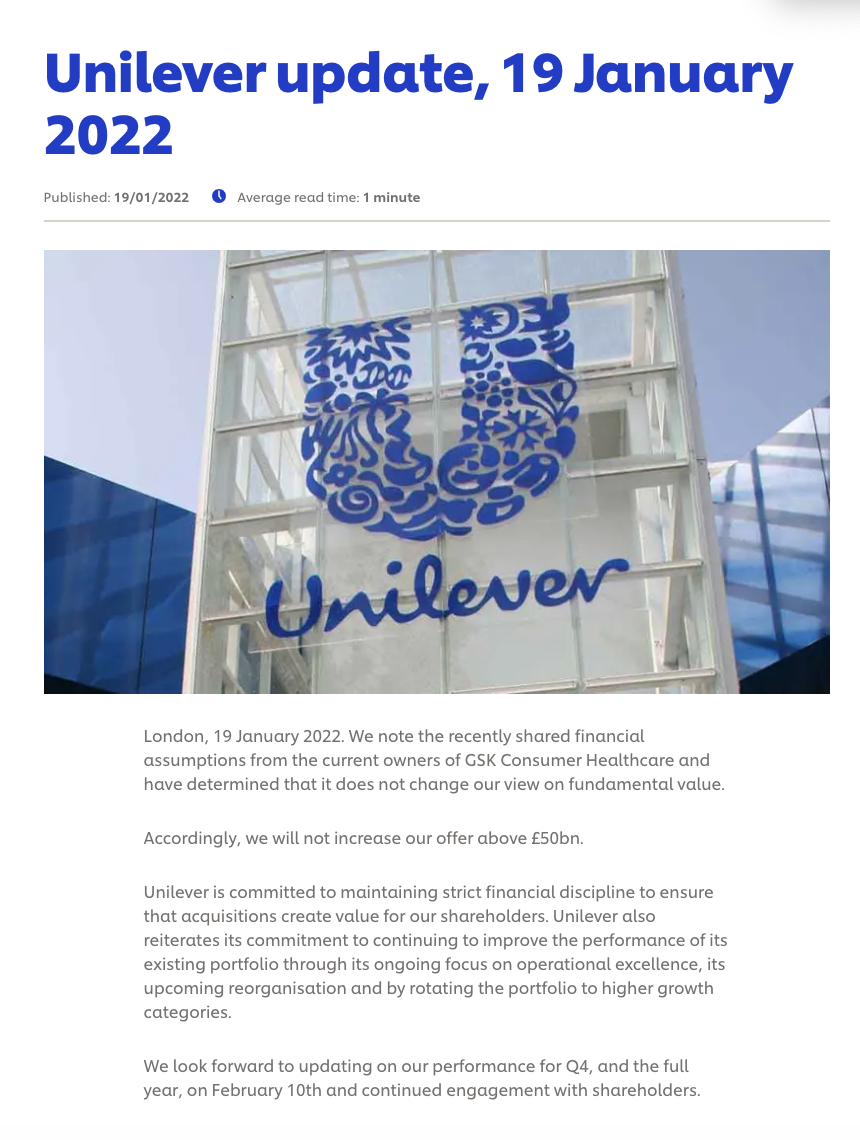 Xiaoshidai noted that many foreign power companies interpreted this statement as that Unilever had “abandoned” the acquisition. The Wall Street Journal reported today that Unilever said it would not raise its offer, effectively ending its efforts to acquire the manufacturers of comfort toothpaste and Advil painkillers, and actually abandoning a potential transaction that could add a large number of pharmacies to its portfolio. Bloomberg also described Unilever as abandoning the acquisition.

GlaxoSmithKline, another protagonist of the incident, also made the latest statement on this.

According to today’s news in the Wall Street Journal, in response, a spokesman for GlaxoSmithKline said that the company was “full of confidence” in the future of consumer health business. The pharmaceutical giant plans to focus more on prescription drugs and vaccines and is already making plans to split the consumer sector into an independent company listed in London later this year.

Previously, the company had said that it had received three proposals from Unilever last year. The most recent proposal was to bid £ 50 billion on December 20, 2021, including £ 41.7 billion (about rmb361.943 billion) in cash and £ 8.3 billion (about rmb72.042 billion) worth of Unilever shares.

However, GlaxoSmithKline refused because, in its view, the other party underestimated the business and its future prospects. It is revealed that the unaudited sales of its consumer health business reached 9.6 billion pounds (about 83.259 billion yuan) in 2021. At the same time, it is expected that the annual organic sales will maintain a growth rate of 4-6% in the medium term. 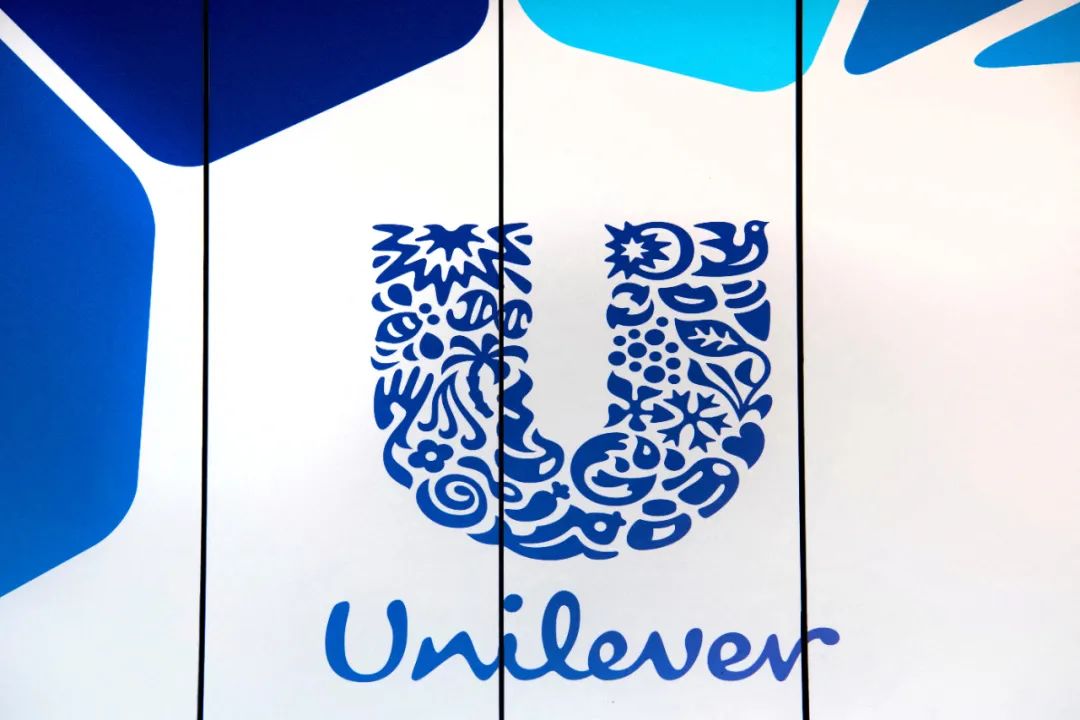 Although it seems that the matter has “come to an end” amicably, according to public information, this seems to be quite different from the ideas previously revealed by Unilever.

It has to be said that the wind direction changed in just two days, which is likely to be due to the pressure and objection of Unilever investors.

The successful acquisition of GlaxoSmithKline consumer health will be Unilever’s largest ever acquisition. But after the news of potential trade on Monday, Unilever’s move was not favored by shareholders and analysts, and even make complaints about collective tucking.

According to Bloomberg today, investors questioned the strategic reasons for the acquisition of GlaxoSmithKline and said the price was too high. Some analysts “begged Unilever not to continue to push forward”. A major shareholder said that the management “lost its strategy”. Some analysts wrote a note entitled “please don’t” and described it as a “very bad deal”. 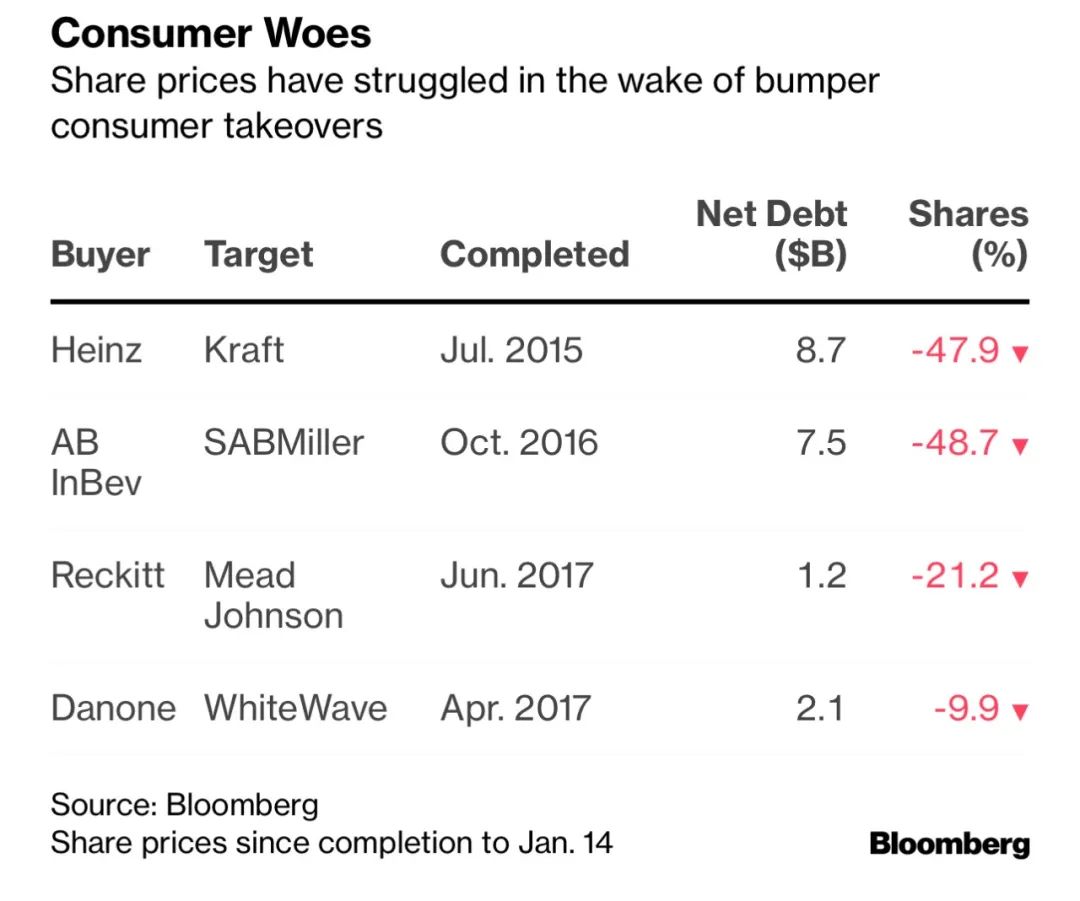 The rating agencies also warned that Unilever’s credit rating could be downgraded if it continued its acquisition. According to today’s report by the financial times, Fitch, a rating agency, said on Tuesday that Unilever, rated a and with a “stable” outlook, may face a downgrade to BBB, the lowest investment grade rating.

“This has exacerbated strong opposition to potential transactions and Alan jope, CEO of the consumer goods group.” The Financial Times said. Fitch also said that the acquisition of GlaxoSmithKline or “any other large target” may increase Unilever’s debt and make it difficult for Unilever to reduce its lending to a level consistent with its A-level rating in the next three years.

The emotions and views of these markets are also most directly reflected in the stock price. 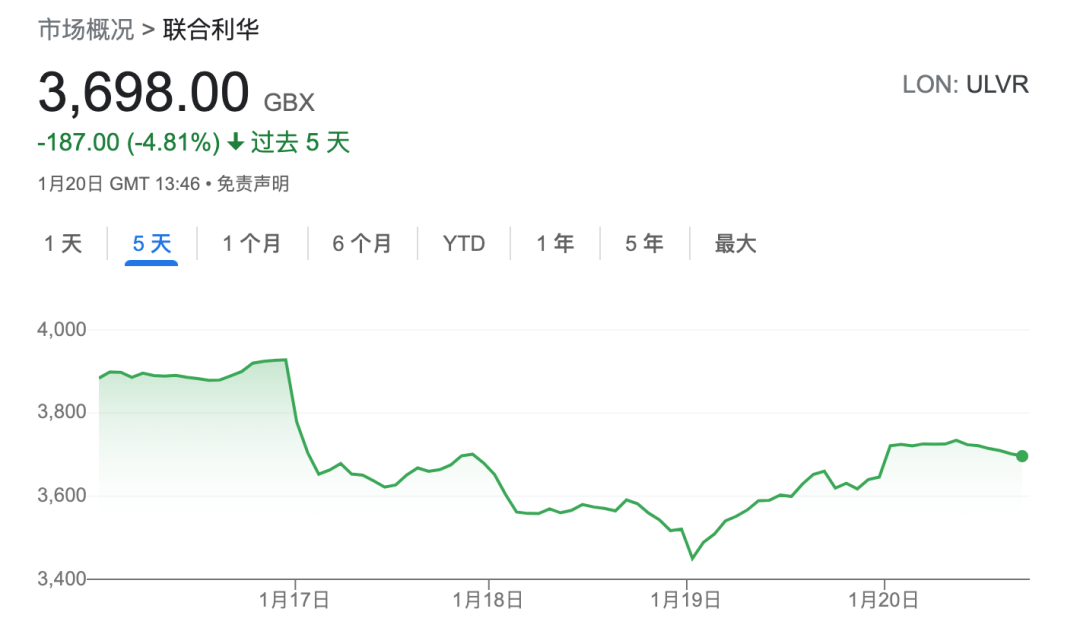 Xiaoshidai noticed that after the news was released, the share price of the manufacturer of heluxue, Jiale and Duofen fell on Monday and fell for two consecutive days. After the latest expression of “unwilling to pay a penny more” on Wednesday, seeing that the transaction failed, Unilever’s share price immediately began to rise gradually.

Investors also believe that Unilever’s change of course is the “credit” of their protest.

According to Bloomberg today, Bernstein analyst Bruno Monteyne said in an email that Unilever “tried to control the narrative”. “By giving up the higher bid, it seems that they ended the offer here. Obviously, this is not the case. It was investors who stopped the bid through the stock price and the feedback they provided.”

Unilever issued the latest statement after investors continued to criticize the price and strategic fit of the proposed transaction. Monteyne described Unilever’s latest move as a (salvage) effort to “control damage”, but said it was “good news” that the deal would not happen.

Although the share price has rebounded, Unilever can’t breathe a sigh of relief yet.

Xiaoshidai noted that the Wall Street Journal analyzed today that ending the transaction with GlaxoSmithKline is unlikely to calm the dissatisfaction of Unilever shareholders. Some analysts and investors said that the credibility of the management was hit by the incident. “Unilever may be attacked by radical investors or directly acquired by itself”.

“Unilever’s investment case has been seriously hit,” the Wall Street Journal quoted Royal Bank of Canada analyst James Edwards Jones as saying. “The board of directors seems to think that the existing business is insufficient. It will be a very unacceptable capital allocation method for us, and they show their willingness to support it.”

Bloomberg wrote that after investors’ objections forced Unilever to abandon its bid for GlaxoSmithKline’s consumer health department, Joe Anlu, CEO of Unilever, was facing increasing pressure to formulate and implement a new strategy. 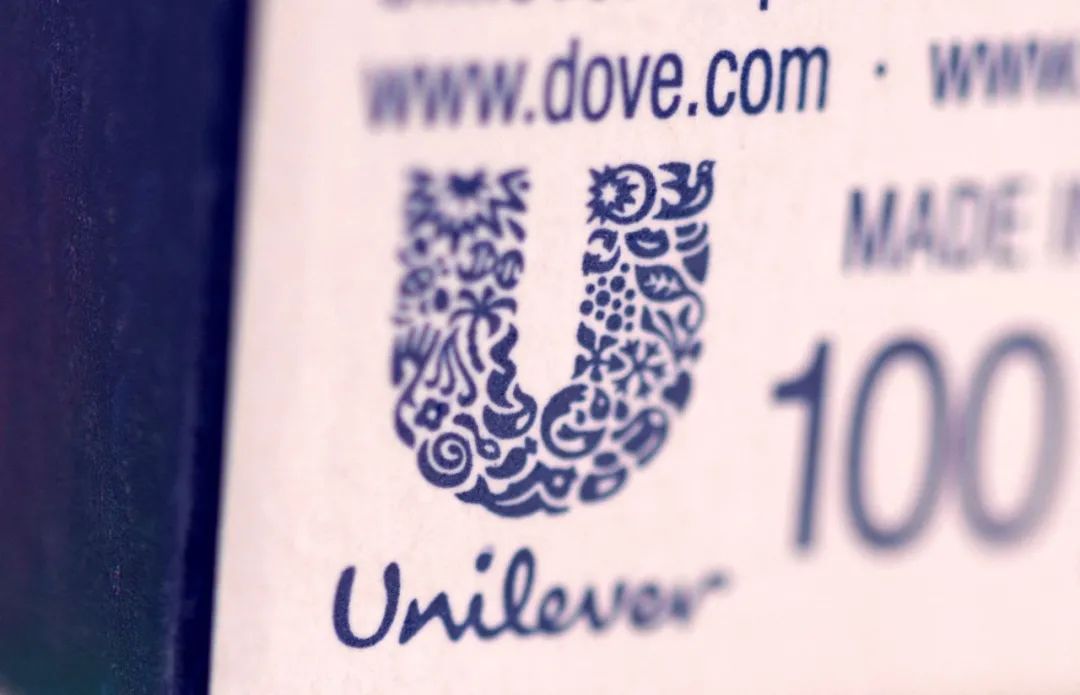 Xiaoshidai introduced that Unilever released its strategic direction and a series of measures to accelerate the improvement of operational performance on Monday.

Among them, in the strategic direction, the company said that the board of directors had carried out an extensive process to evaluate the strategic path, so as to reposition Unilever’s product portfolio into a higher growth category and further enter the field of health, beauty and hygiene products. The Wall Street Journal described this as its “biggest strategic shift in years”.

“We think this means that management is willing to divest most of the food, beverage and ice cream business.” Fitch was quoted by the financial times today as saying that although this would reduce “diversification and stability”, it would help reduce debt. Previously, Unilever has stripped its smear sauce and tea business.

But at the same time, Bloomberg pointed out in a report today that Unilever’s food and beverage department, including Hellmann’s mayonnaise, Ben & Jerry’s and Monroe ice cream, is the main driver of the company’s revenue. At present, the annual sales are £ 19.1 billion, accounting for about 40% of the group’s total sales.

Interestingly, after Unilever abandoned the acquisition, Nestle, another food giant, was involved in the discussion. Xiaoshidai noted that Bloomberg reported today that “Unilever’s pursuit of the Department has triggered speculation about other bidders, including P & G or Nestle.”

However, after rejecting Unilever and giving a medium-term sales growth forecast of 4% – 6%, it obviously raised the threshold for any other potential buyers. The Financial Times quoted people familiar with the situation as saying that GlaxoSmithKline and Pfizer insisted on raising the offer to at least 60 billion pounds.