If you want to select the most “lively” dairy category in 2021, milk powder should be on the list. In the past year, when the newborn population continued to decline and the national three child policy was introduced, the milk powder industry ushered in major favorable policies; When the competition for milk source and the construction of large-scale pasture become the focus of the industry, the new regulations for infant formula milk powder will be implemented immediately, and the head effect will be strengthened again.

In order to cope with many uncertainties in the external environment, jiabeiaite, the “leader” of sheep milk powder, has strengthened its own development line. In 2021, on the occasion of the 10th anniversary of entering the Chinese market, jiabeiaite put forward two “small goals”, which not only want to enter the first camp of Chinese baby powder brands in the next three years, but also become a “10 billion club” in the next ten years.

Look up at the stars and be down-to-earth at the same time. In the past year, jiabeiaite took product power as the core and “brand + channel” dual engine drive to deliver a satisfactory answer for the opening year of 10 billion “small goals”.

Next, let’s take a look at the key points of jiabeiaite’s year-end summary.

As the milk powder industry enters the era of stock competition, the brand concentration continues to improve. The comprehensive strength of brands and channels directly determines whether the brand can win the next round of competition. In this context, jiabeiaite adheres to the dual engine driven development strategy of “brand + channel”, is committed to becoming a brand with brand, service and profit, and continues to lead the development of the industry as a “leader”.

Over the past year, jiabeiaite has upgraded its brand strategy from “global leader in goat milk sales” to “better nutrition for babies”.

In the first year of implementing the new strategy, jiabeiaite’s brand momentum has taken on a new look. On the one hand, jiabeiaite launched a combination of media such as elevators, large screens in business districts, bus stop signs and airports offline, and enabled the brand to remain active in consumers’ lives through rich and diversified marketing activities such as variety launch, KOL talent cooperation and short video platform interaction online.

Xiaoshidai noticed that last year, jiabeiaite launched popular dramas such as “redundant son-in-law” and “drama new life”, hoping to stimulate new customers’ consumption through its strong crowd coverage. According to the 2020 white paper on content marketing of mother and baby industry released by Tencent marketing insight and minglue technology, variety / TV series content implantation has become the top 3 channel for mother and baby people to recognize the brand of infant milk powder.

Goats’ milk and tiktok are also innovative in the popular marketing forms such as word of mouth and live broadcast. They not only rely on industry experts and mothers and babies to master word-of-mouth deposits in mainstream social networking and mother’s platform, but also pass the family and family challenge challenge and spokesperson pet powder live broadcast, and transmit the advantage of goat milk products in an innovative way of immersive interaction and emotional communication.

According to the previous “Nielsen 2020 consumer behavior and attitude survey”, jiabeiaite ranks first in the brand recognition of sheep milk powder. On the other hand, as the head brand of sheep milk powder category, jiabeiaite is using its own scale and resources to practice corporate social responsibility and improve social attention to vulnerable mother and child groups and family nutrition and health.

In 2020, jiabeiaite launched the “first public welfare of Chinese baby’s life” activity, which realized the linkage of tens of thousands of mother and baby stores in all channels, attracted more than one million people to actively participate, and raised the attention of parents and children to the nutrition problems of children in distress. It also won seven awards including the full field award of public service advertising of social undertakings at the 2021 China International Advertising Festival.

Jiabeiaite’s “love action” public IP launched in 2013 has also gone through 387 regions of 30 provincial administrative regions in China, and has carried out 5399 love donations, with a donation value of nearly 300 million yuan.

Symbiosis and win-win with channels

Only when the brand influence is implemented in the channel can a sales closed loop be formed. Relevant data show that mother and baby stores are the largest sales channel of sheep milk powder, accounting for more than 80% of the retail share.

For channel management, jiabeiaite has also polished a set of mature and efficient methodology: leading a professional goat milk team of more than 2000 people through the “five to service” standard of “goods arrival, training, people arrival, activities and service”, so as to achieve fine management and strong synergy in daily channel management.

In terms of refined management, in 2021, jiabeiaite realized hierarchical management for sales channels, that is, customized personalized cooperation strategies according to the characteristics and needs of different partners, and differentiated allocation of resources from store services, advertising promotion, parent-child interaction, member marketing, shopping guide and training for different star channels. 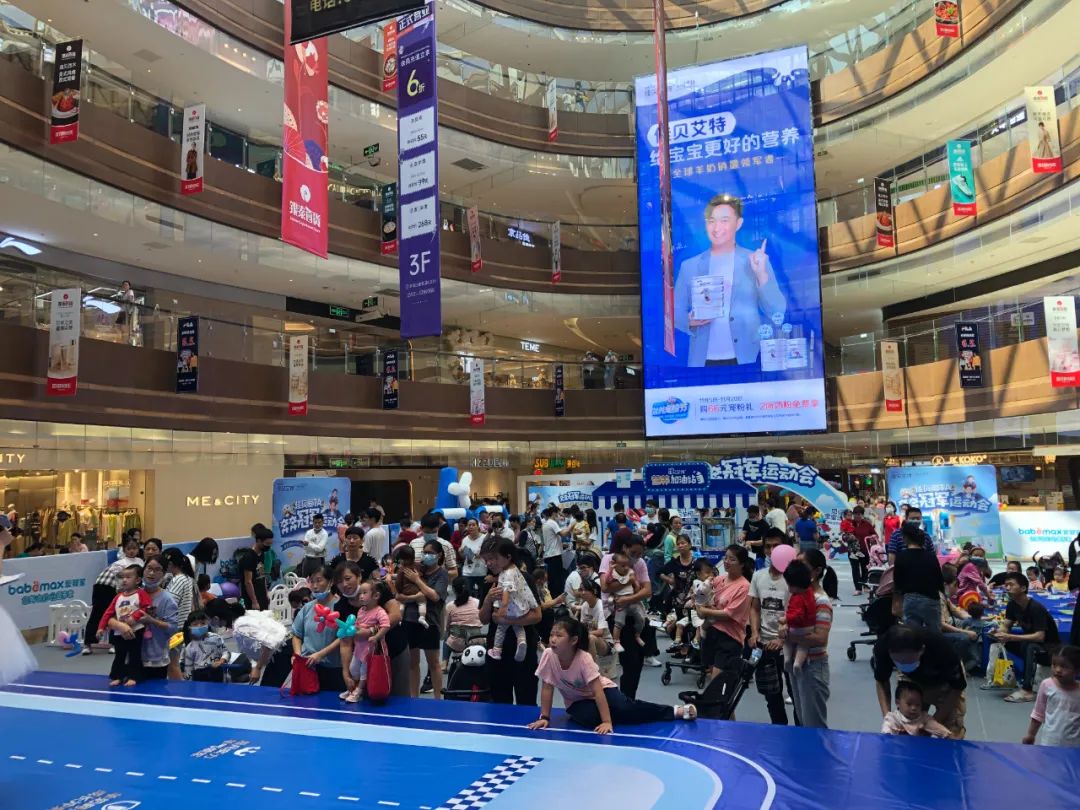 In terms of strong synergy and linkage, jiabeiaite has deeply explored the role of mother and baby stores as an important communication and marketing position of milk powder brands. In 2021, jiabeiaite’s “Blue Ocean action” will build 30000 stores across the country into a brand communication position and continue to strengthen the brand tone at the channel terminal. It is worth mentioning that thanks to the high support of mother and baby stores, jiabeiaite’s “jiabeiai TA running champion Games” created by taking advantage of the Olympic hot spot and Guinness world record IP has also been loved by consumers, and more than 300000 families have participated in the activities.

At present, while adhering to the dual engine driven development direction of “brand + channel”, jiabeiaite also anchors the strategic goal of “jiabeiaite = sheep’s milk pronoun” and “opens up territory” in the field of sheep’s milk powder. 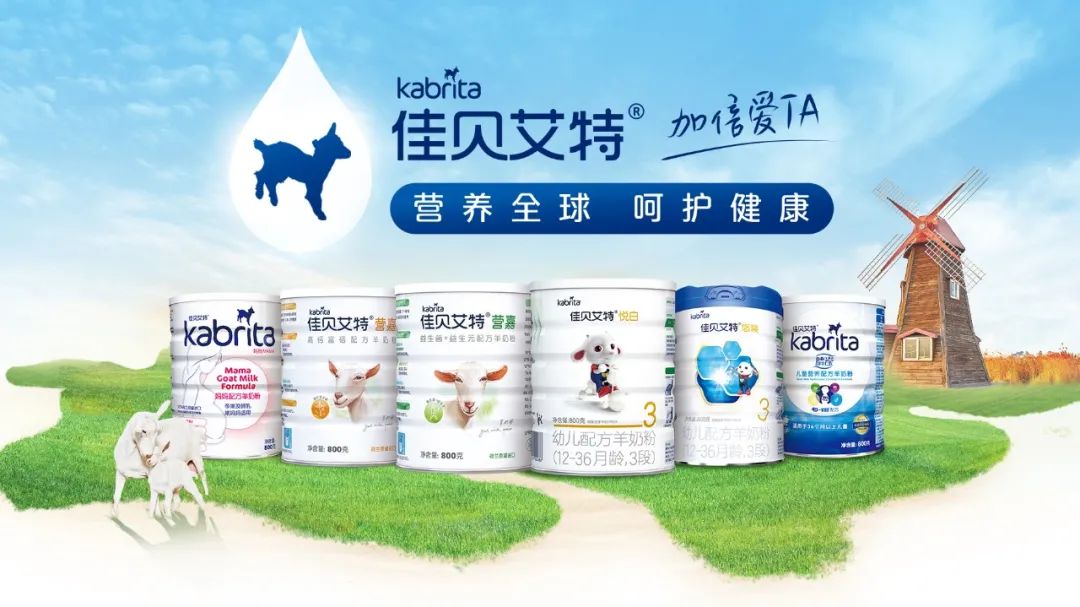 At the same time, jiabeiaite’s forward-looking layout of the supply chain also makes it stand out in the increasingly fierce competition for raw materials. At present, jiabeiaite has mastered 80% of the global supply of sheep whey protein. At the same time, jiabeiaite is also accelerating the promotion of new base material facilities in the Netherlands, which can greatly consolidate its advantages at the supply side after the completion of the facilities.

For the development focus of products next year, the brand “spoiler” said that in the future, it will continue to broaden the product form of goat milk category and enrich the goat milk product matrix, “so that the four words’ jiabeiaite ‘will further become the synonym of goat milk in the eyes of consumers”.

As the “apple of the eye” of Aoyou group, the importance of jiabeiaite has also been raised to a new height after Yili took a stake. Previously, the research report released by Citigroup said that Aoyou has a leading position in the infant formula sheep milk powder Market and can supplement Yili’s high-end infant formula business.

In China, only milk powder can be seen in the “10 billion club”, and no sheep milk powder can reach this level. However, for jiabeiaite, which has a market share of more than 60% in the sales of imported infant and young children’s milk powder in China for three consecutive years, it is only a matter of time before it joins this camp. 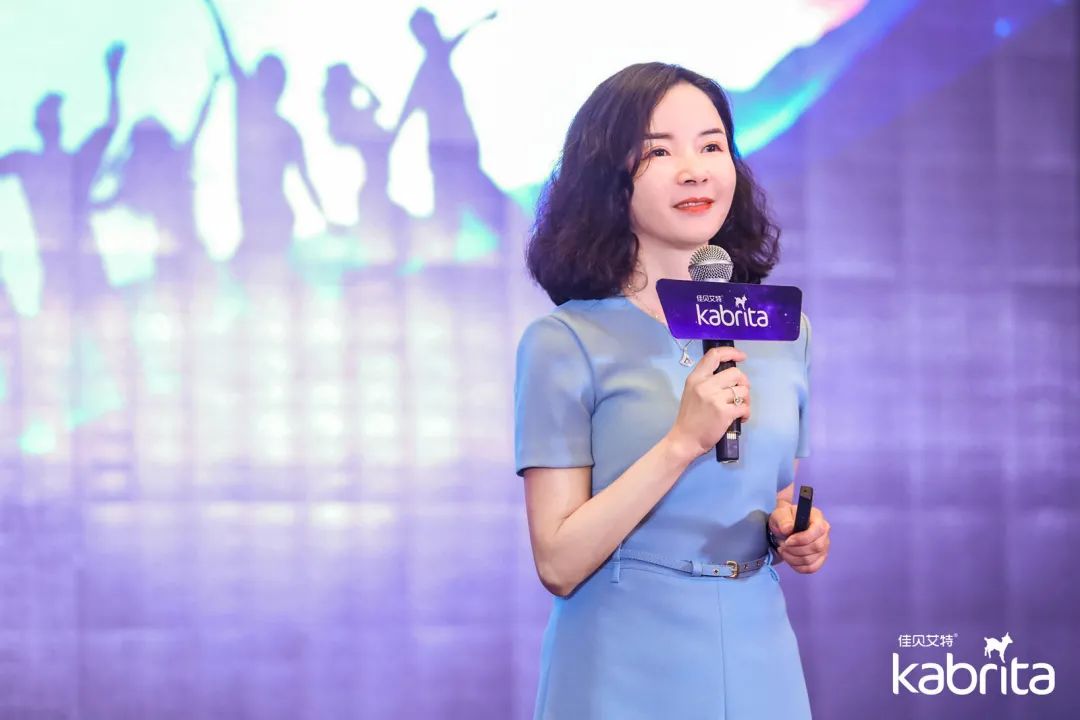 Li Yimin, vice president of Aoyou China and general manager of jiabeiaite, previously believed that “although the growth of sheep milk powder market faces challenges such as the gradual disappearance of demographic dividend and the continuous change of consumer demand, the proportion of milk powder business is still increasing in the maternal and infant market. The growth of medium and high-end milk powder market is the fastest, and the growth rate of sheep milk is three times that of the market.”

It can be predicted that in the next decade, under the guidance of adhering to the strategic goal of “jiabeiaite = sheep’s milk pronoun”, jiabeiaite will continue to rely on the strong resources of Aoyou group and Yili Group to lead the development of sheep dairy products to higher quality on the way of realizing its two “small goals”.

Pay attention to “xiaoshidai” (wechat: foodinc) “and reply to” Aoyou “to see the wonderful news.