Few people can guess that the “new top stream” in the catering industry in 2022 is actually prefabricated dishes.

Recently, this track, which had a low sense of existence in the past, has been in the limelight for a time. Several prefabricated vegetable themed stocks collectively walked out of a wave of eye-catching trading in the first ten days of this month – although they have fallen to varying degrees as of today; New entrants have also attracted great attention, such as Lu Zhengyao entering the prefabricated vegetable track after leaving Ruixing coffee. 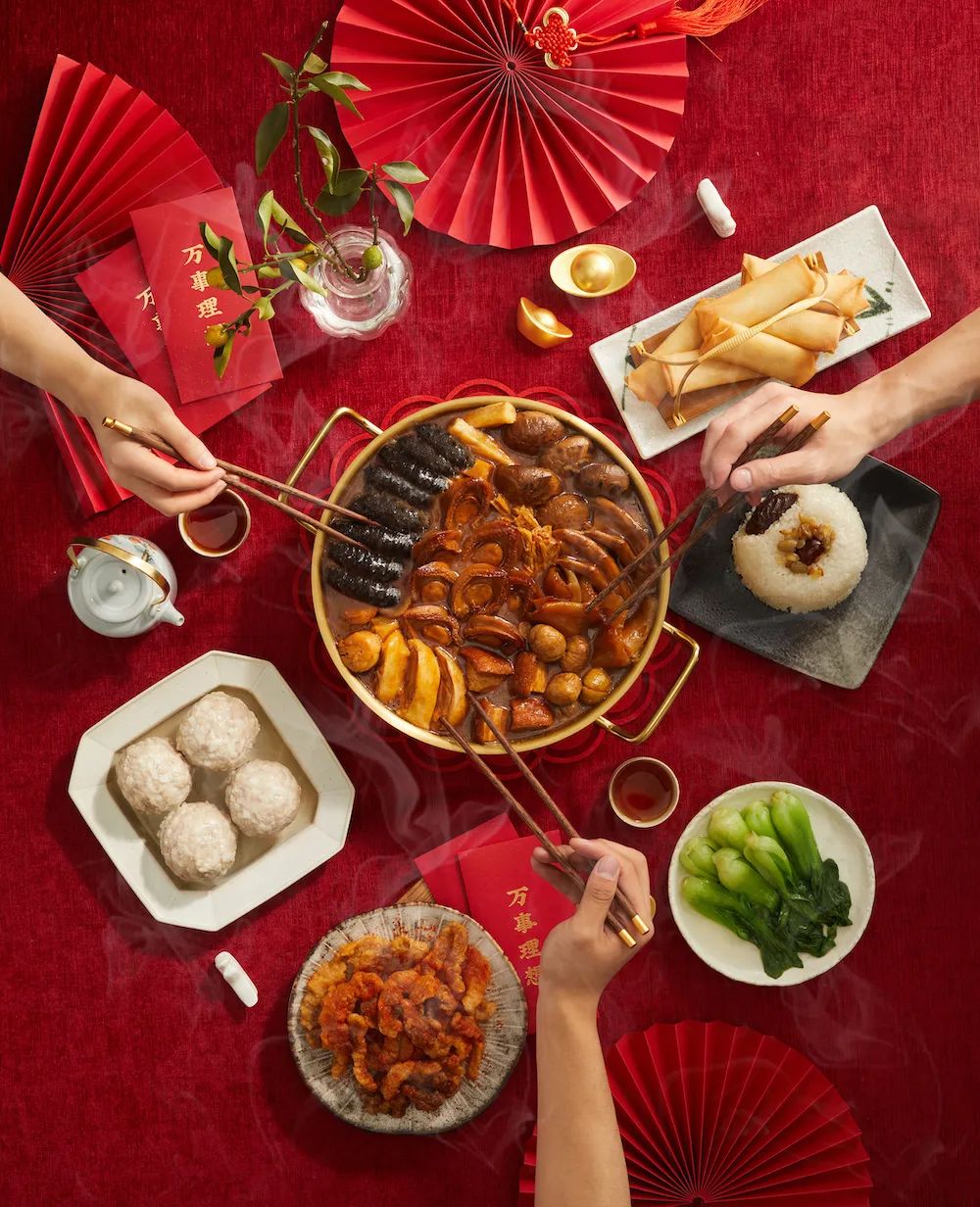 Obviously, prefabricated food is not a new business, but in the past, enterprises usually did b-end business, such as serving catering businesses as a “central kitchen”, or providing prefabricated food services for customers such as airlines, high-speed railways, large Internet companies and star hotels. At present, the fast-growing popularity is the prefabricated dishes directly sold to C-end consumers – a “new battlefield” different from the past.

So, is this new story of the old business established? A few days ago, xiaoshidai had a chat with the person in charge of a prefabricated vegetable enterprise that has operated for many years, the person in charge of a newly established prefabricated vegetable brand of a new consumer brand, and the partners of investment institutions who have long paid attention to this track.

Tonight, we might as well have a taste together.

It can be seen that traditional prefabricated vegetable enterprises began to get together to attack the C-end market. 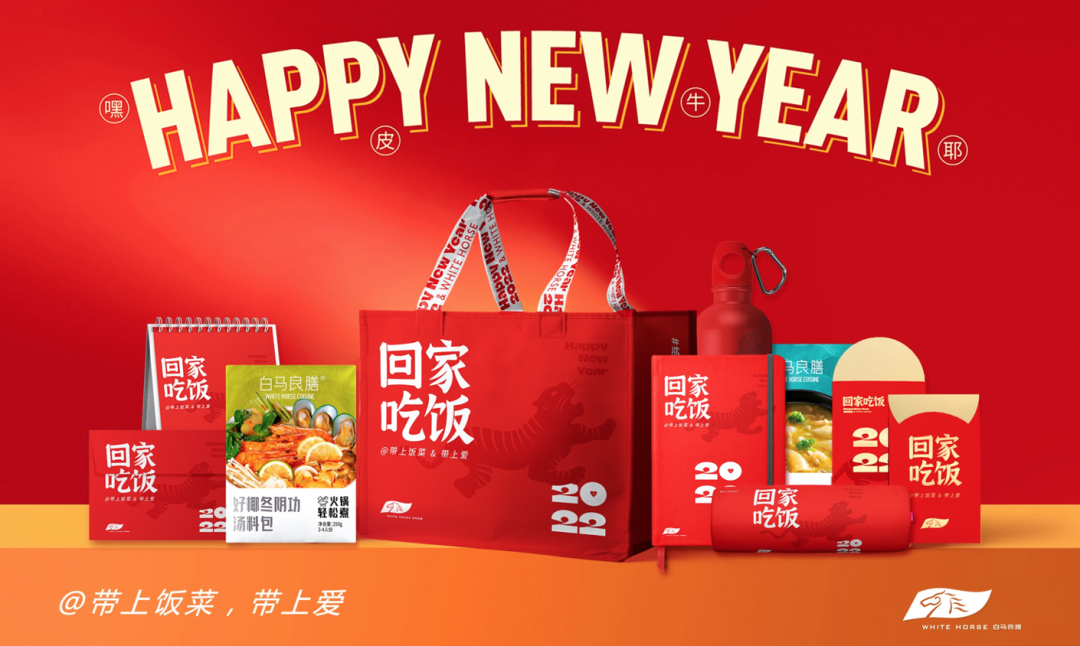 “This means that we have officially launched the battle of to C. in the past, we have been doing business with big customers.” Han Ziwei, vice chairman of Baima advertising media group, told xiaoshidai. Statistics show that Baima advertising group, established in 1986, is a famous advertising company and media group in China. At present, it operates multiple businesses, including Baima Liangshan, a brand of prefabricated dishes.

In short, prefabricated food refers to the semi-finished food or finished food produced through standardization. In a broad sense, it covers ready to eat food, ready to serve food, hot food and cooked food. Here, we mainly discuss the latter two, which are often focused in a narrow sense, that is, ready to heat and ready to cook. 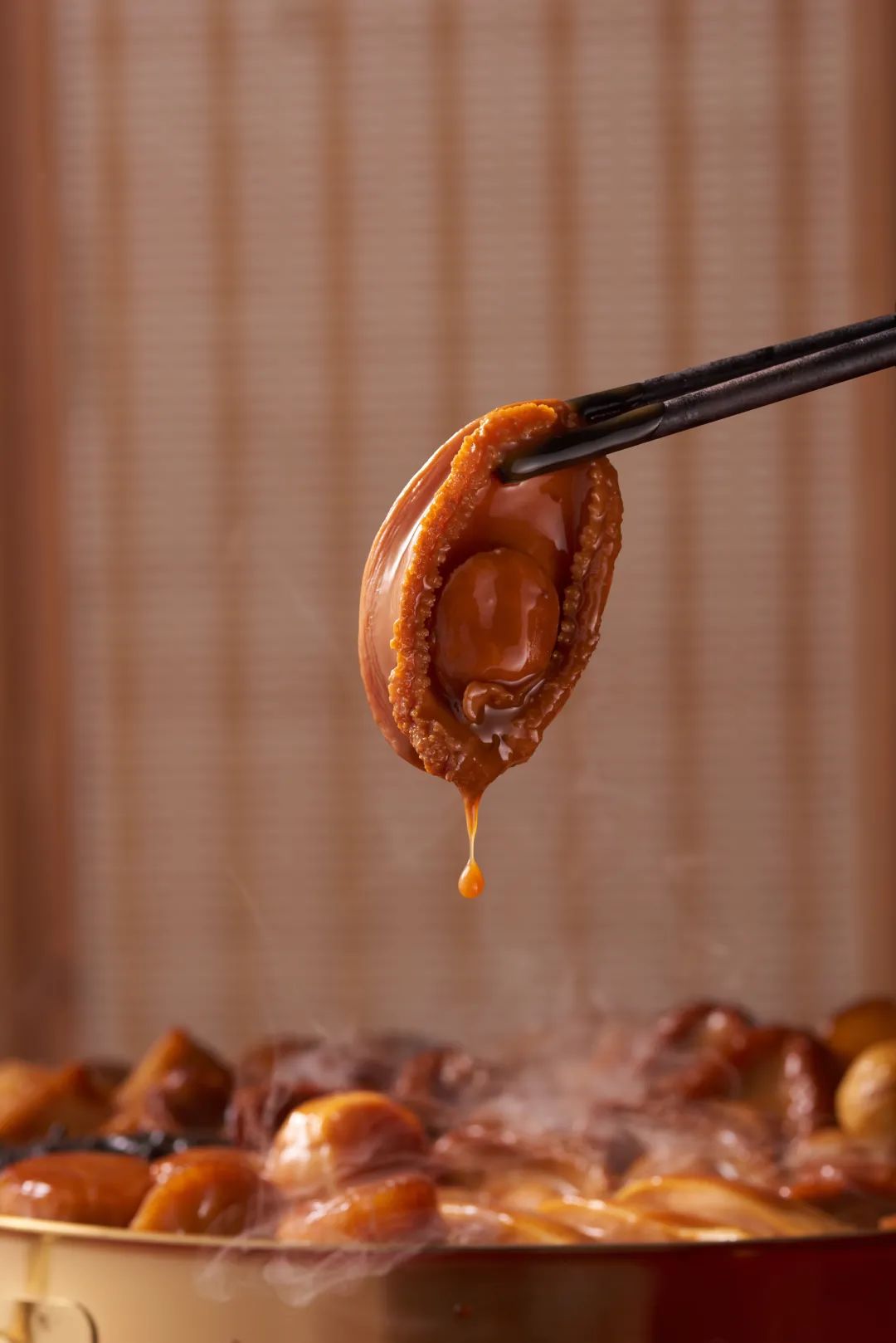 From the perspective of demand to playing method, the underlying logic of b-end and C-end prefabricated dishes is also different.

“The value of prefabricated dishes to C is to save time and trouble, and the value of to B is efficiency and cost.” Han Ziwei told xiaoshidai that to B should talk about the strength of products. Whether it can win group meal customers depends on how well the products are made; To C also depends on market education and marketing strength.

Therefore, more and more entrants are regarded as good. “Because the C-end market is still too immature, you can’t skip the process of educating consumers before you can talk about harvesting the market. Therefore, if everyone comes in to cultivate the to C market, it must be better than one or two enterprises.” Han Ziwei said.

Lixiangguo, under the new consumer brand of ice cream Zhong Xuegao, is a young newcomer.

“Before the opening of the C-end market, in fact, the prefabricated dishes of to B have developed for more than ten or twenty years. In the whole (b-end) industry, people are more around the upstream supply chain to provide clean dishes or cooking bags and other products.” Wang Lin, head of Lixiang state, said to xiaoshidai.

He also believes that this part is mainly “based on the demand of catering end to reduce costs through supply chain standardization”, which has achieved great development. Now many brands start to enter the track of prefabricated dishes to C-end. At this time, we are more “bringing good flavor and good experience to consumers”. 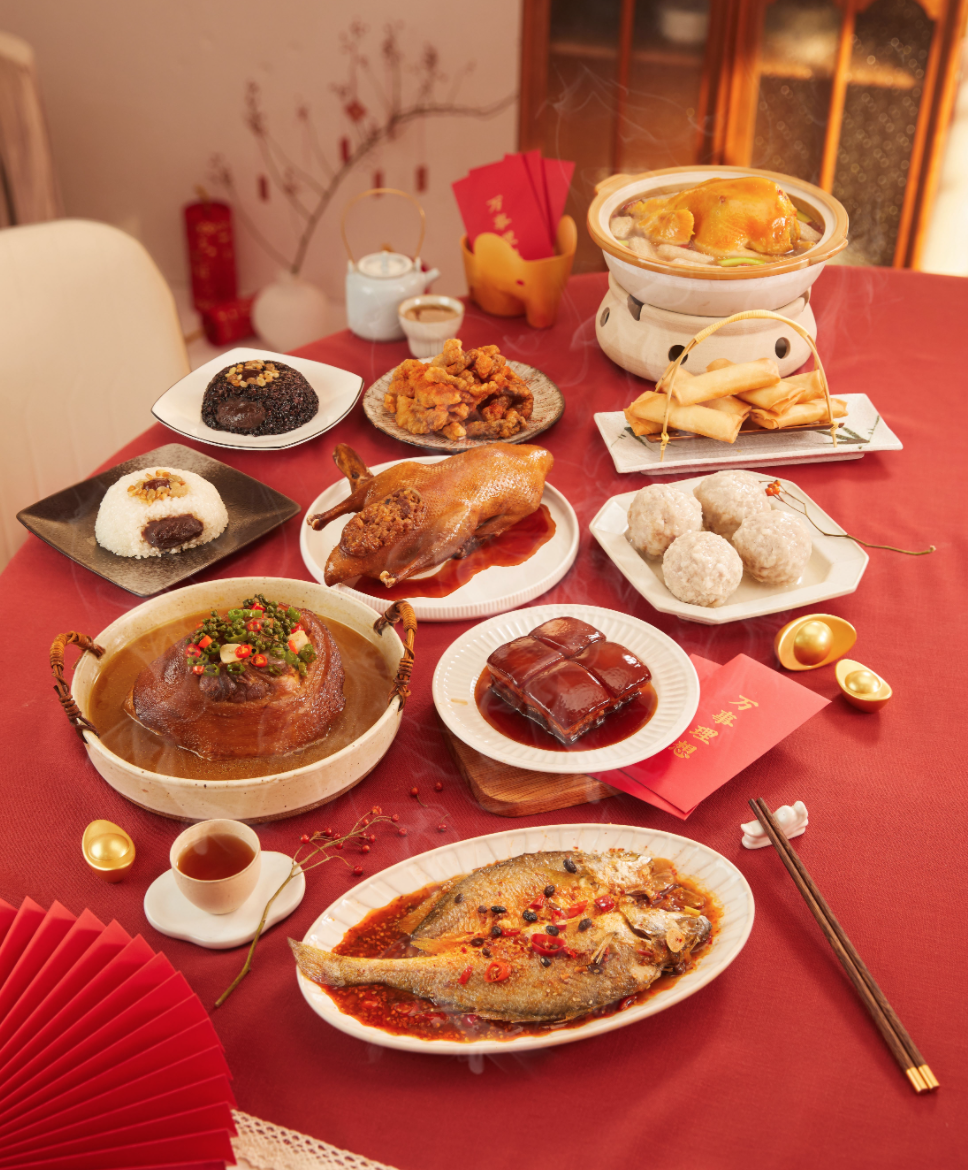 Different from Baima Liangshan, Lixiang state aimed at C-end prefabricated dishes at the beginning of its establishment. “Our products were officially met with consumers in October 2020, and it has only been a year and a half so far. In the layout of prefabricated products, we mainly focus on staple foods such as quick-frozen rice noodles. At the same time, we will provide consumers with some snacks, such as crispy meat.” Wang Lin said.

This Spring Festival, lixiangguo also launched a new series of new year dishes, including Buddha jumping over the wall and potted vegetables. “The sales volume is very good. At present, our new year dishes have been sold out. This is the first time that Lixiang country makes prefabricated dishes, and we didn’t expect to be so popular.” He told xiaoshidai today. However, because “the backstage is still counting”, he did not disclose the specific sales volume. 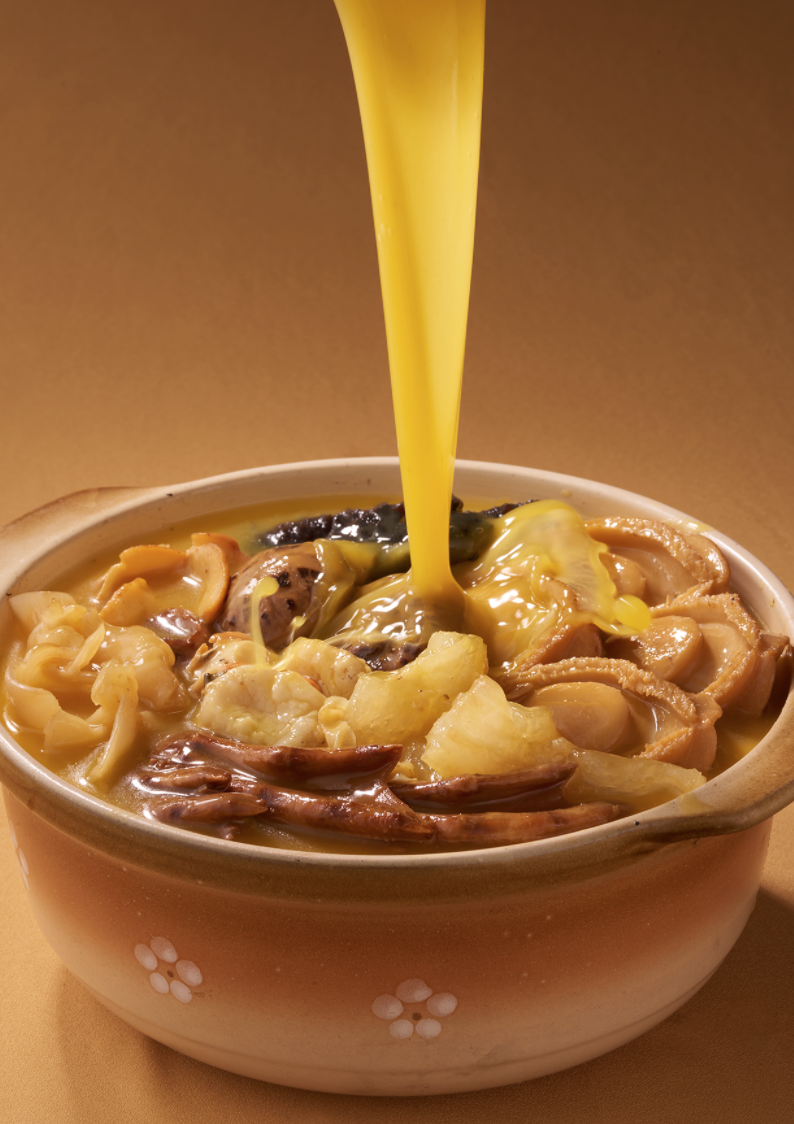 Whether it is to transform from the b-end or accurately locate the C-end track, these prefabricated vegetable businesses may face a common “neck” challenge: the logistics cost of the cold chain.

In the communication, baimaliangshan, who is good at doing business with big customers, once mentioned to the snack generation that there is no problem with the business of frozen products at the b-end, but if it is at the C-end, some companies “are likely to encounter some problems because the distribution cost of frozen products is too high”.

The solution of Lixiang country has its particularity – resource sharing and complementary advantages with the parent company Zhong Xuegao. Lin Sheng, founder of Zhong Xuegao, said at a forum last year that the cold chain of the two is reusable. “Zhong Xuegao’s to C-end cold chain is one of the best in all consumer categories. We can share it with the cold chain.” He said that in addition, ice cream and frozen products actually have obvious complementary characteristics of light and peak seasons in terms of seasons.

Behind the “screen brushing” of prefabricated dishes, there is real and potential consumer demand – although it may not be as hot as the topic at present.

According to Chen Chen, partner of Junyi capital, prefabricated dishes are the general trend. “From the perspective of the future development trend of the industry, (the vigorous development of prefabricated vegetables) is basically a relatively deterministic event.” She said that the epidemic has also played a catalytic role. “Young people’s families have no time to cook and then have to solve the problem of fast eating. Prefabricated dishes are a good choice.”

Compared with the same convenient instant noodles and other fast foods, Chen Chen said that instant noodles are very limited in restoring the taste of the restaurant. What they need to solve is that they need to eat quickly rather than pay much attention to the needs of product taste and experience, such as in the gas station and in the scene of overtime. “But the purpose of prefabricated dishes is to replace (a good meal). In essence, the need for replacement is different.”

Compared with takeout with better taste, she believes that prefabricated dishes also have opportunities, because takeout involves selection and waiting. At the same time, there is uncertainty and instability in taste, and the price of delivery fee itself is relatively high. “The price of a takeout meal is generally about 30 yuan, but if it is a prefabricated dish directly produced from the factory, it can be between more than ten yuan and 20 yuan.”

Chen Chen said that from the development of mature developed markets, prefabricated dishes first solve the problem of supply efficiency through b-end catering, and then slowly let more C-end consumers accept this category. “This is also related to the change of labor force population structure, that is, women are more and more liberated from the kitchen to the society.” 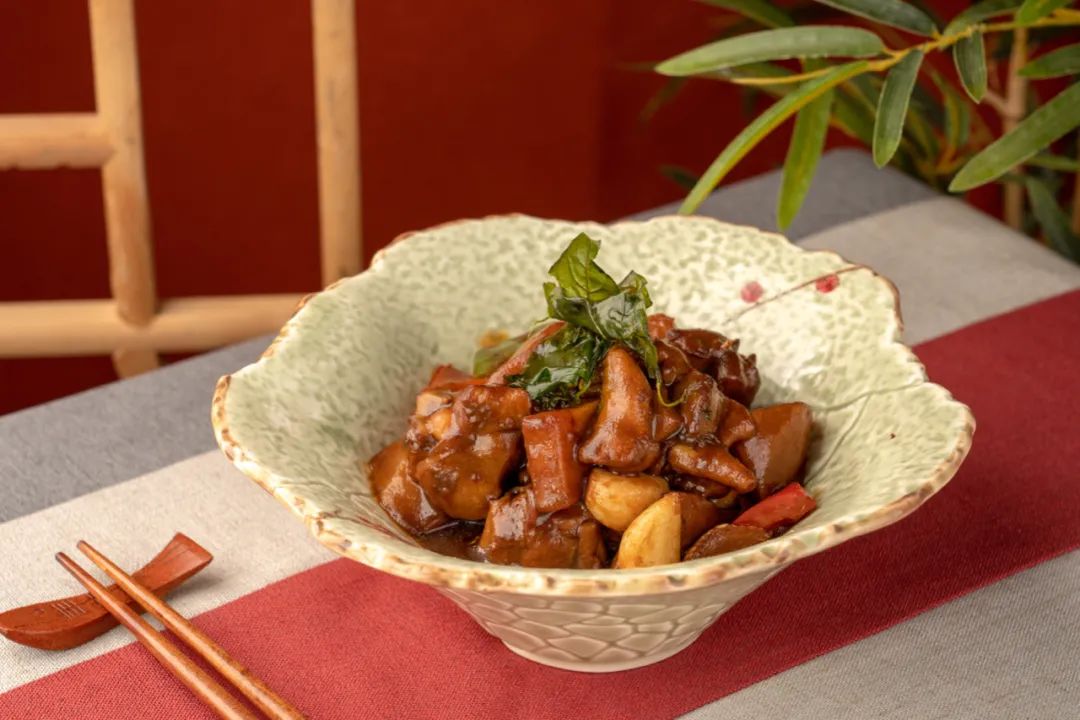 In addition to the growth of consumer demand, the upgrading of technology and products at the end of the supply chain has also promoted the popularity of prefabricated dishes in the mass market.

“Now, we have better equipment, better technology, better raw materials and better cold chain distribution capacity, which can give consumers a better presentation in flavor and experience. Take our small crispy meat as an example, because the fat and lean of streaky pork are different, there will be differences under different cutting processes, and we have certain standard requirements, which is a great challenge to the supply chain We have put a lot of energy into meeting the big challenge. ” Wang Lin told xiaoshidai.

In addition, he mentioned that because consumers now pursue healthy diet and are reluctant to fry in oil pan, the semi-finished dishes of small crispy meat in Lixiang country “have undergone special research and development in technology and formula”, which are suitable for home air fryer cooking.

So, who will be the “seed player” on this new track?

“We think there are two main categories of large items that can come out in the future.” Chen Chen told xiaoshidai that the first is the innovative and upgraded quick-frozen rice flour products. “The traditional quick-frozen rice noodles represented by Sanquan and missing have very mature channels, but the products have not been greatly updated for many years, so there are opportunities for new differentiated products, such as frozen wonton stew.”

Second, frozen conditioned meat and other high value-added prefabricated dishes. “There are opportunities for prepared meat represented by Daxidi (invested by Sequoia Capital) and semi-finished dishes such as xinliangji crayfish, which are high value-added prefabricated dishes. However, such products need deep cultivation in the upstream and downstream of the whole industry. It will be more difficult if you just do a link of brand and marketing in the middle.” She said.

In addition, she believes that from the perspective of price belt, medium and high-end prefabricated dishes may have greater development space.

“Home cooked dishes such as fish flavored shredded pork and scrambled eggs with tomatoes are difficult to form a brand premium. Only some high-end dishes that require complex processes or special deployment, and consumers may not be so convenient to cook at home, can they sell added value. Through the form of gift box, this gross profit space can also be pulled to 50-60%, so as to support the sales of e-commerce. Otherwise, the traditional pre-sale The gross profit of cooking is about 20%, so it is difficult to go to the C-end. ” Chen Chen told xiaoshidai.

She said that as for the degree to which medium and high-end dishes can be sold and whether they can run out, it depends on how the brand creates its unique value. “Is it the value of the chef, the value of its technology, the cultural history of the brand, or the freshness of the ingredients themselves? There is room for imagination in these aspects.”

In her opinion, this is also one of the biggest challenges faced by many prefabricated food brands. “There are a lot of players in this industry, and everyone is competing without differentiation. For example, today’s Buddha jumping wall fire, everyone will do Buddha jumping wall, and tomorrow’s flower glue chicken fire, everyone will do flower glue chicken. In fact, consumers recognize flower glue chicken, not your brand. If they can jump out of the category and become a brand trusted by consumers, they can have a long-term development in the field of C-end prefabricated dishes Far more competitive. “ 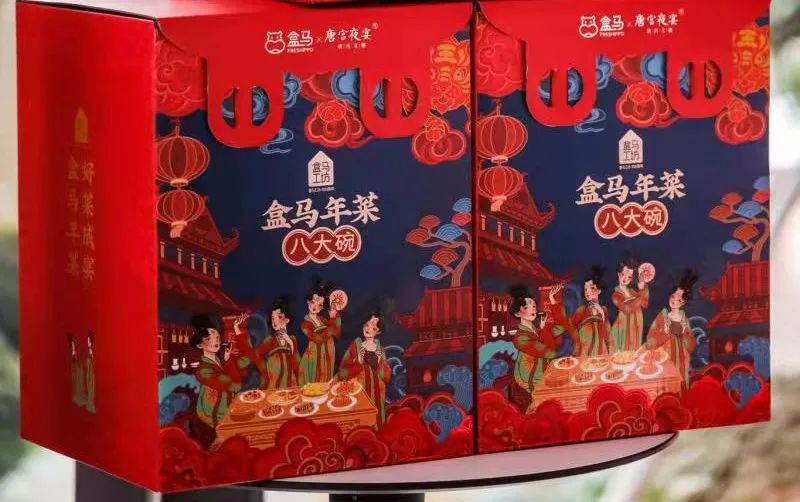 In terms of long-term development, Han Ziwei is most concerned about realizing the healthy growth of business without burning money.

“In the C-end prefabricated vegetable track, I think there are many short-term races, but we pay more attention to the medium and long-term races. We need to make money for partners all over the country.” “In the past, the ‘Internet play’ of some start-ups was to burn money to occupy the market at an ultra-low price, monopolize it, and then slowly adjust the price back for harvest. But we don’t want to run horses and enclosure like this. I think it’s short-term and can’t last long,” he said