Gu ailing, who just won the first international snow Federation crystal ball award in her life, recently “grows” on the outer packaging of Mengniu products! Recently, the new year packaging of Mengniu’s normal temperature milk series and modern ranch fresh milk and other products have appeared one after another. Gu Ailing’s image appears prominently on the product packaging. Many consumers who buy new packaging take photos and “punch in” on the social platform. 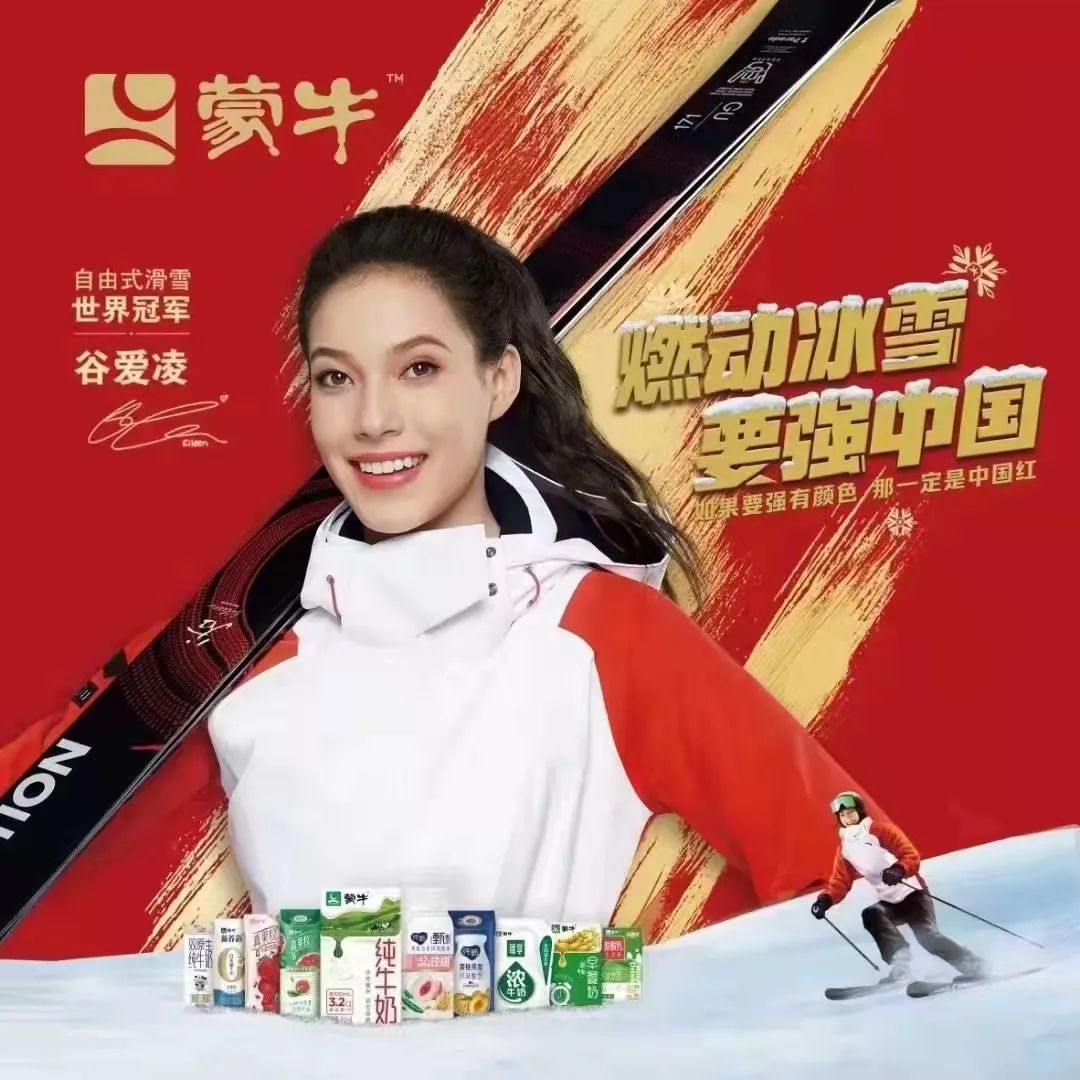 Statistics show that Mengniu announced on December 22, 2019 that Gu ailing will be the spokesperson of Mengniu’s mother brand, and Mengniu milk and ice and snow sports have also formed a “white CP”. Mengniu said it hopes to work with Gu Ailing to deliver simultaneous interpreting to the consumers the spirit of “born strong” brand.

Relying on its strength and skills, Gu ailing, who announced to join the Chinese nationality in June 2019, has soared in popularity in the past two years and has become a high-quality idol of the younger generation.

With the conclusion of the freestyle skiing U-shaped field world cup on January 9 this year, Gu ailing won all the gold medals produced by the 2022 World Cup and won the crystal ball symbolizing the championship of the season. 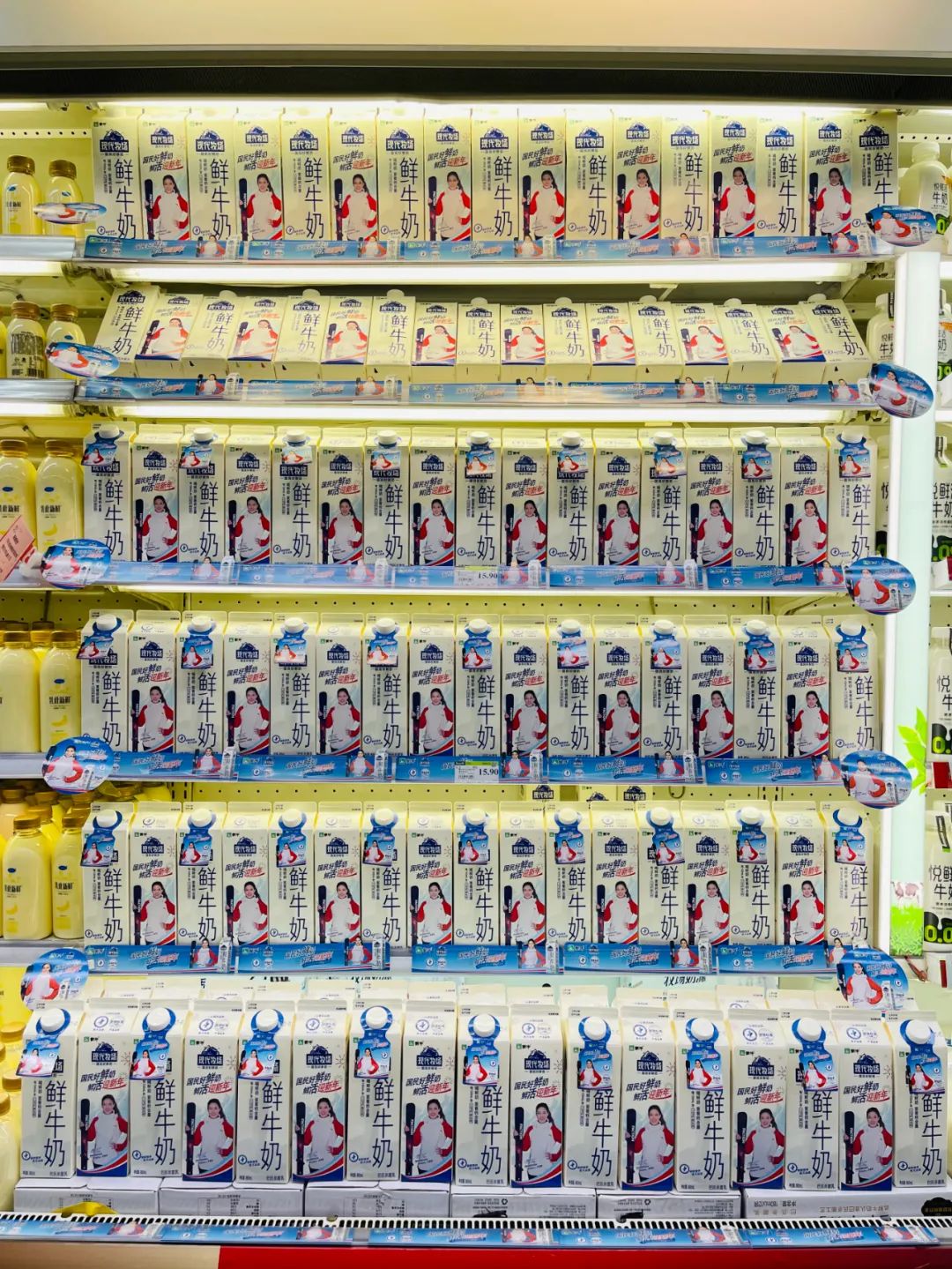 It is not difficult to find that in addition to the rising popularity in China, Gu Ailing’s optimistic and positive “strong” spirit is also the reason why Mengniu chose her as the brand spokesperson and put her image on the new packaging of this year’s products.

By joining hands with Gu ailing, Mengniu also hopes to bring out the sports spirit of enterprises and brands that have been brave to make progress and constantly seek breakthroughs for many years.

“Young new generation consumers show the characteristics of more new consumption. Their demands for goods are not limited to functionality, but have more advanced needs, in which emotional needs have also become an important factor.” In Mengniu’s view, both Gu Ailing and Mengniu brands represent that they have an attitude towards favorite things, have courage to pursue goals, and embrace young groups with a vibrant and enthusiastic attitude. 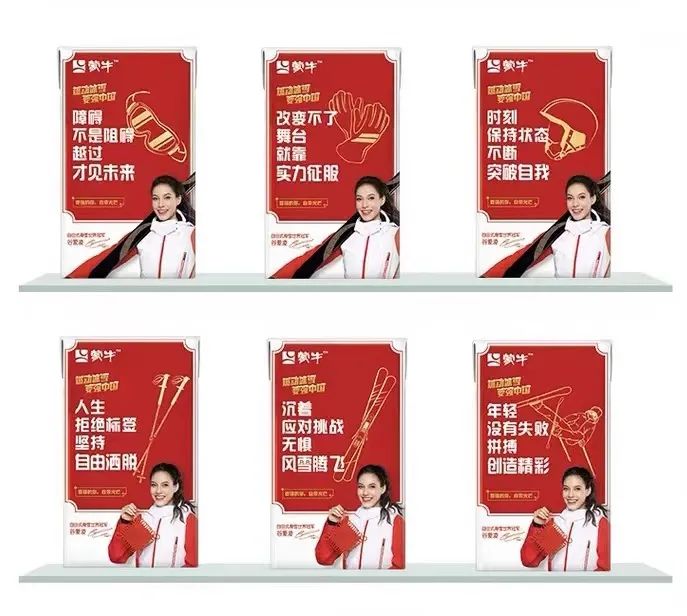 On the back of the new packaging box of Mengniu pure milk, there are such words printed: “if you can’t change the stage, you can conquer by strength”, “always maintain the state and constantly break through yourself”, “refuse the label in life and adhere to freedom and freedom”… Through these strong declarations, the brand transmits more positive energy and beautiful feelings to young consumers.

In the past few years, Mengniu has been increasing its sports marketing, from sponsoring the 2018 World Cup to signing Messi to endorse the brand and launching the brand proposition of “being strong by nature”, to helping to sign Gu ailing for ice and snow events, and then renewing its contract with FIFA to become the sponsor of the 2022 Qatar world cup. The constant pursuit of Mengniu brand is the core of its series of breakthroughs.

Statistics show that Mengniu’s revenue at the beginning of its establishment 23 years ago was only 37 million yuan, ranking 1116 in the national dairy ranking.

Relying on the original intention of protecting national health and the spirit and drive of “being strong”, Mengniu has built its first self built production base since it was put into operation, continuously expanded its production capacity and formed the digital ability of upstream and downstream of the industrial chain; From developing the first lactic acid bacteria strain with independent intellectual property rights to winning the national scientific and technological progress award; From emerging in the Chinese market to improving the layout in the global market, it has run out of the “Mengniu speed”. 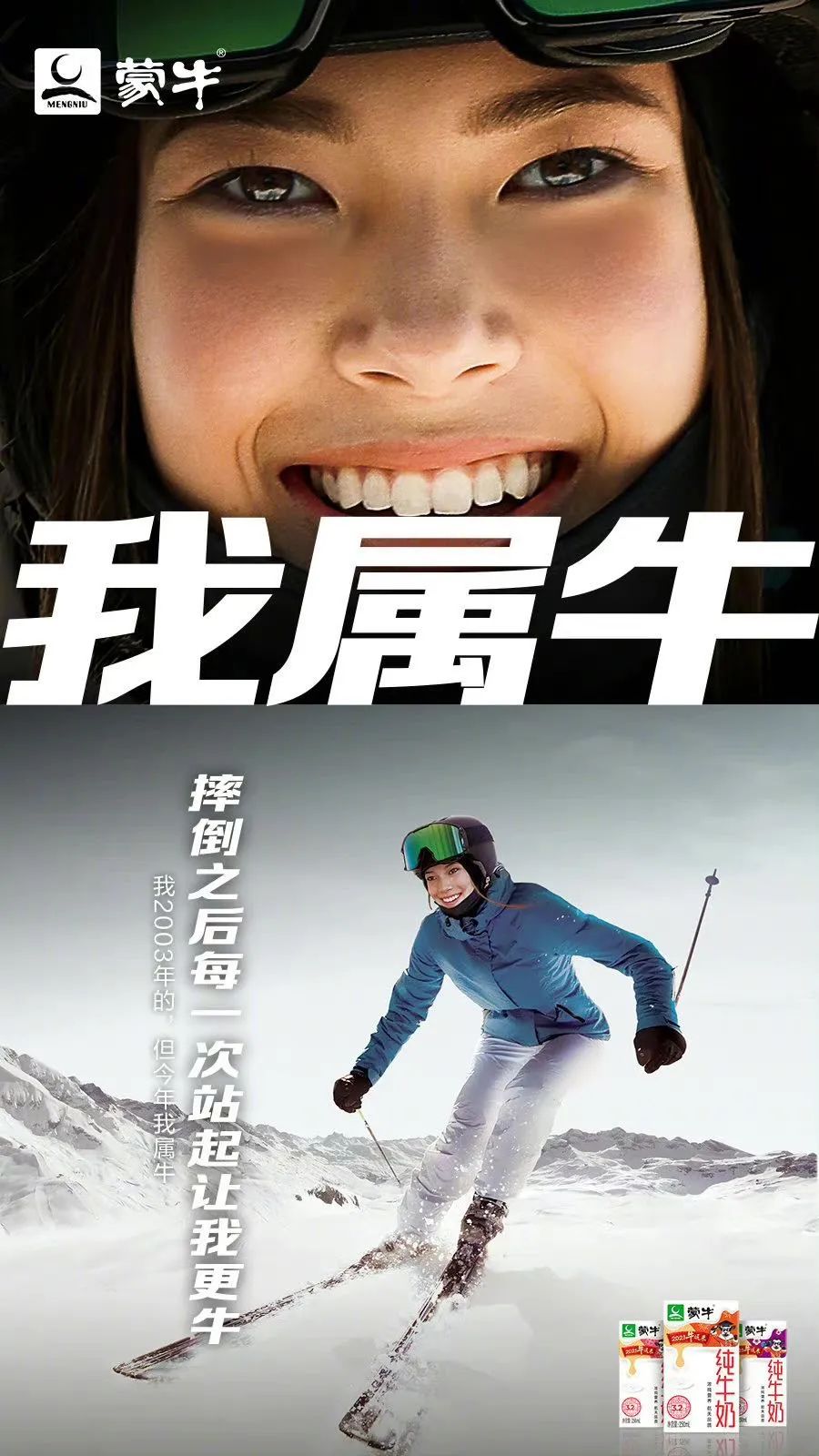 In addition, Mengniu’s products have entered the markets of Singapore, Mongolia, Myanmar, Cambodia, Indonesia, Malaysia, Canada and more than 10 countries and regions. It also has one production base in Australia, New Zealand and Indonesia respectively, and has built 68 factories worldwide, with a total annual production capacity of more than 10 million tons.

Pay attention to “xiaoshidai” (wechat: foodinc) “and reply to” Mengniu “to see the wonderful news.