Since yesterday, three trains from Hongqiao, Shanghai have launched a pilot service of grinding Starbucks coffee, which is provided in the form of seat code scanning and ordering, and waiters getting off the carriage for sale. The price is the same as that of the same model in the store. In the future, freshly ground coffee will be gradually introduced to all the high-speed railway Fuxing issued by China Railway Shanghai Bureau Group Co., Ltd. (to Shanghai) 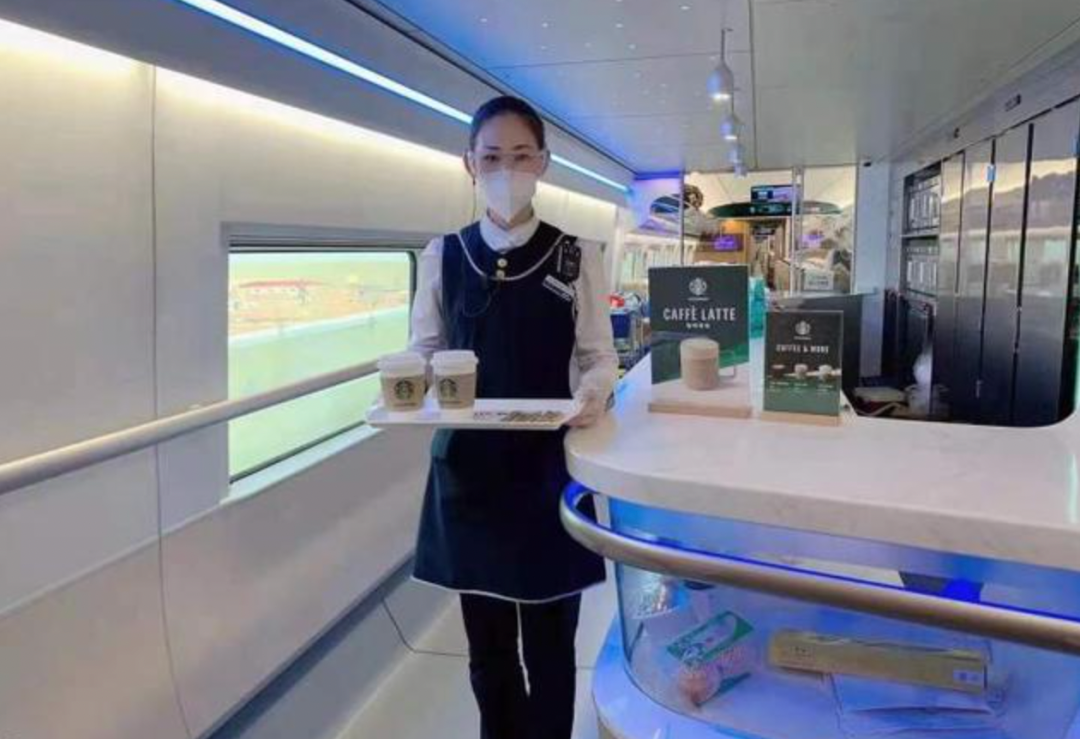 Yurun Food announced on the Hong Kong Stock Exchange today that the reorganization plan was approved at the creditors’ meeting on January 28, 2022 and approved by the ruling of Nanjing Intermediate People’s Court on January 28, 2022. 44 restructuring companies have become subsidiaries of the new platform since the whole plan has been approved. The main business of the group is the production of “Harbin Roulian” series brand products. “Harbin Roulian” series trademarks, which are crucial to the remaining core business of the group, have been transferred to the group free of charge since the relevant reorganization plan was approved. (Interface)

Brewed fresh beer brand “Ruien brewed” recently completed an angel round of financing of millions of yuan, invested by blue ocean Zhongli capital. This round of financing will be used for product R & D investment, digital upgrading and market expansion. (36 krypton)

Yesterday, Yongwang faying police, which operated AEON department stores and other brands, issued a warning. AEON expects a loss of about HK $470 million to HK $490 million last year, compared with a loss of HK $36.8 million in the same period in 2020, with a year-on-year increase of 1231.5%. (Hong Kong Economic Daily)

According to the relevant person in charge of meituan flash shopping, the number of brands participating in meituan flash Shopping Festival this year has tripled that of last year. At the same time, many local brands and emerging brands have joined and began to layout real-time retail channels. Up to now, the growth rate of brands participating in the activities has far exceeded the average, driving the growth of the overall market. For example, the trading volume of Yili liquid milk has more than doubled. (caixun.com)

Diageo recently reported that net sales increased by 15.8% to £ 8 billion in the first half of the fiscal year (six months to December 31, 2021), with growth in all markets. Ivan Menezes, CEO of Diageo, said that strong sales growth and continuous high-end driven the improvement of organic operating profit margin in the first half of the year. This is due to increased marketing investment to gain share and support innovation, especially in North America and greater China. （Foodbev）

Chris kempczinski, CEO of McDonald’s, said at the recent earnings call that reopening the restaurant is the focus of McDonald’s in the next quarter because it will reduce the “huge pressure” on the drive through restaurant. As of January 2022, about 80% of McDonald’s restaurants in the United States are open, and the rest are expected to restart in the near future. （Business Insider）

According to the relevant person in charge of meituan, in early January, the number of orders for group purchase packages for online New Year’s Eve meals across the country also exceeded the same period last year, and the orders containing the words “New Year’s Eve dinner” and “new year” in takeout dishes increased by 1590.63% month on month. Jin Yong, vice president of China Hotel Association, believes that under the epidemic, new changes such as small dishes, takeout and prefabricated dishes reflect the richness and diversity of new year’s Eve dinner consumption and promote the online and offline integrated development of catering enterprises. (Xinhuanet)

In January, food, wine and other industries maintained rapid growth

According to the data of the National Bureau of statistics, in January, the production index was 50.9%, down 0.5 percentage points from the previous month. Among them, the production index of industries related to consumption during the Spring Festival holiday, such as food, wine and beverage, refined tea, paper printing, culture, education, sports, beauty and entertainment products, was higher than 52.0%, and the production maintained a rapid growth. (interface News)