Looking back on the journey of the Chinese women’s football team to win the Asian Cup, it was by no means a smooth road. Fortunately, under the pressure of falling behind the score, the girls can always inspire tenacious fighting spirit, turn the tide and regain the score, and finally successfully staged a victory. 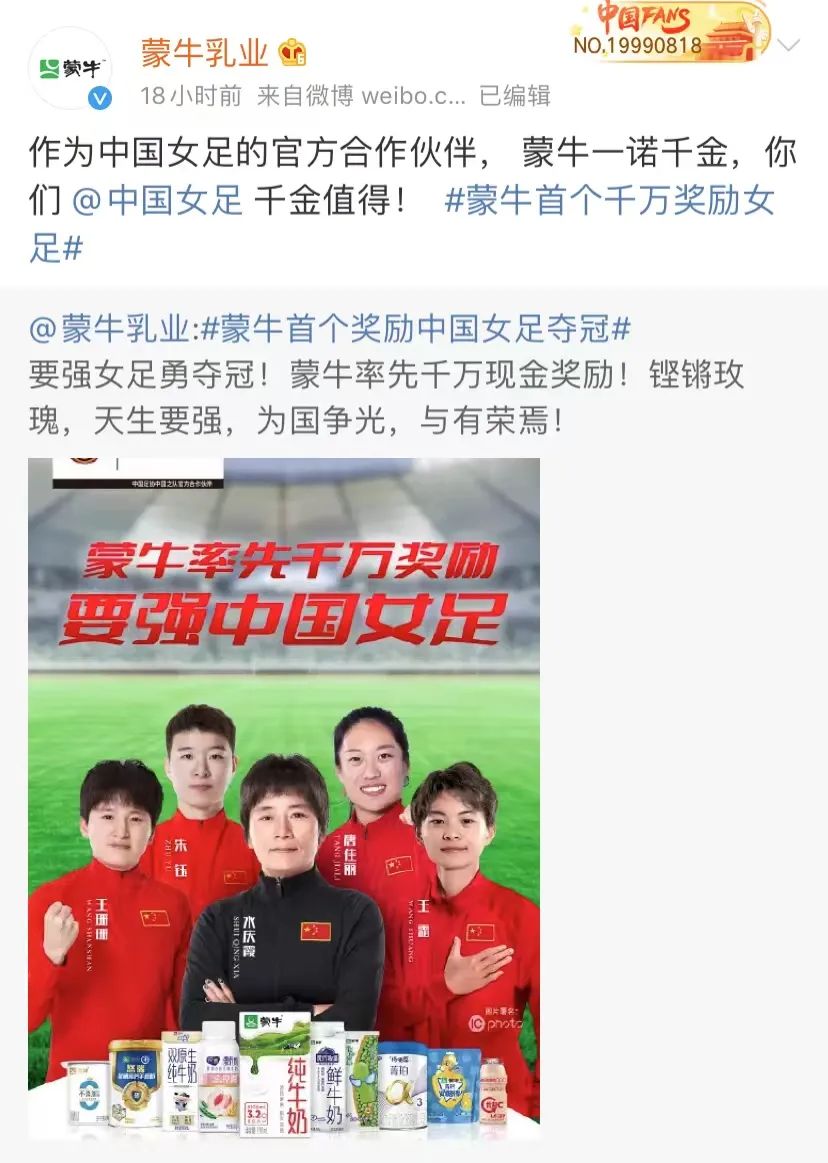 In 2018, as the official global sponsor of the world cup in Russia, Mengniu not only promoted Chinese brands all over the world, but also selected 88 young players nationwide by launching the public welfare activity of “play football! Young strong”, and led them to the world cup, sowing the seeds of dreams for the future of Chinese football.

Looking ahead, Mengniu said it would continue to support Chinese football in the future. On October 25 last year, Mengniu Group officially became the global official sponsor of the 2022 FIFA World Cup in Qatar. This is the second time Mengniu joined hands with FIFA after becoming the first dairy sponsor in the history of the world cup in 2018.

In fact, Mengniu’s support for Chinese football is only one side of the company’s brand spirit of “being born strong”. At the same time, it is also one of the links of Mengniu’s sports IP marketing “Grand Slam”.

It is understood that Mengniu has carried out extensive and in-depth cooperation with dozens of domestic projects such as football, basketball, track and field, swimming, cycling and fencing, covering different sports event categories. It can be said that Mengniu has become the first large FMCG enterprise in China to realize the “Grand Slam” of sports IP marketing. In recent years, the state has clearly put forward the strategic goal of building the sports industry into a pillar industry of the national economy, all kinds of sports will be popularized and promoted, and sports marketing is expected to play a more efficient role.

It is worth noting that in the layout of sports marketing, Mengniu pays more attention to tap the potential players with “naturally strong” quality, accompany and grow with each other, and better interpret the brand spirit of the enterprise. 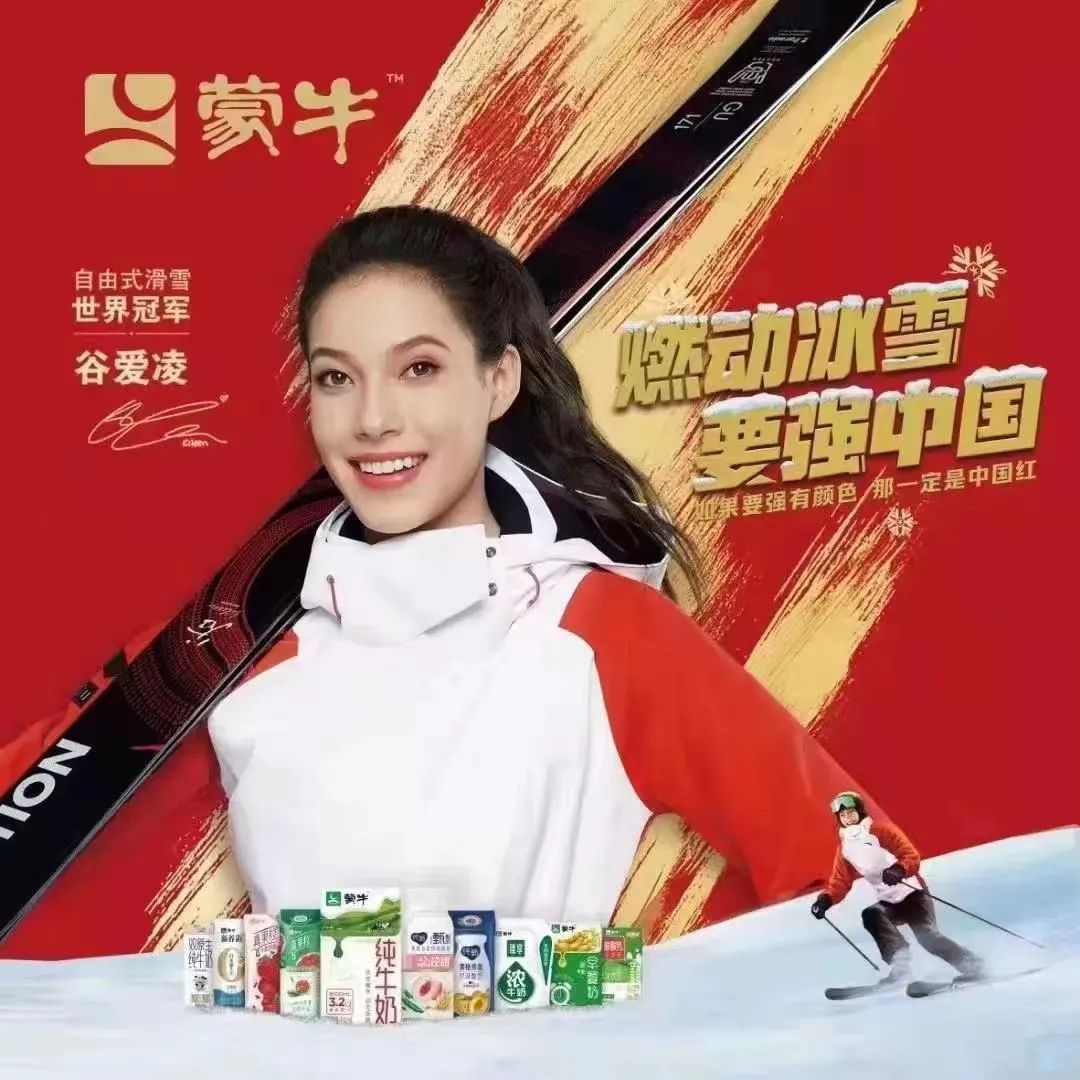 As an example, Mengniu signed a contract with Chinese freestyle skier Gu ailing as the spokesperson of the parent brand as early as 2019, becoming one of the first enterprises in China to invite Gu ailing as the spokesperson of the brand. Although Gu Ailing’s popularity in China at that time was far from what it is now, Mengniu saw that she had the spiritual characteristics of “being strong by nature” such as challenging herself and breaking through herself.

Lu Minfang, President of Mengniu Group, previously said that there is a strong correlation between milk and sports, which can bring health and happiness to people. In Mengniu’s view, sponsoring important sports events is not only to further enhance its own influence, but also to convey the brand proposition of health, quality and nutrition to the public, convey the concept of “drink more milk and exercise more”, and participate in promoting and leading China’s food industry, especially China’s dairy industry, to the world.

Pay attention to “xiaoshidai” (wechat: foodinc) “and reply to” Mengniu “to see the wonderful news.