In less than a quarter, similar news came from the well-known milk powder business of the two multinational giants.

Following the announcement of the strategic review of the global business of Meisu Jiaer brand by feishilan, the parent company of Mead Johnson and the British consumer goods giant Lijie was also corrected last week to evaluate the milk powder business, including the overall sale. For this statement, lexman Narasimhan, CEO of Lijie, recently appeared, referring to the rumor as speculation and declined to comment, but stressed that the current nutrition business is “very consistent” with the company.

What is the current thinking of Lijie on the milk powder business? Let’s get to know each other. 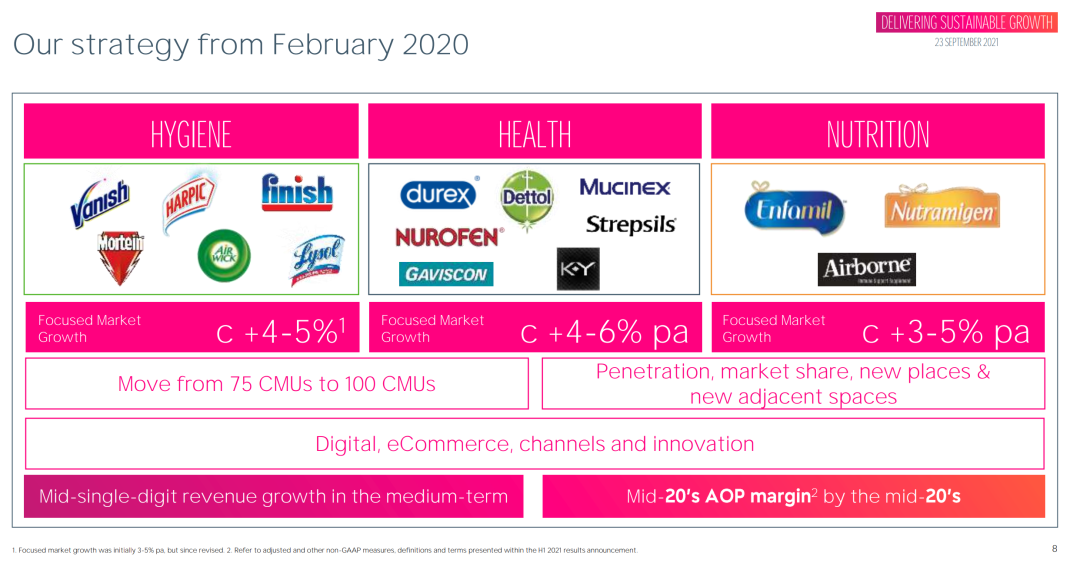 Let’s take a look at the rumors first. Looking through the data, it turns out that during the Spring Festival, Bloomberg has been “ventilated” to the outside world, indicating that Lijie is evaluating its infant nutrition business, including potential sales. Bloomberg quoted “people familiar with the situation” as saying that Li Jieshi’s assessment is global and has informally attracted the interest of some buyers, including private equity funds and peers in the milk powder industry. Li Jie’s assessment is still in the preliminary stage, and the company may still decide to retain the business.

According to the information, the milk powder business is one of the main businesses of Lijie at present. 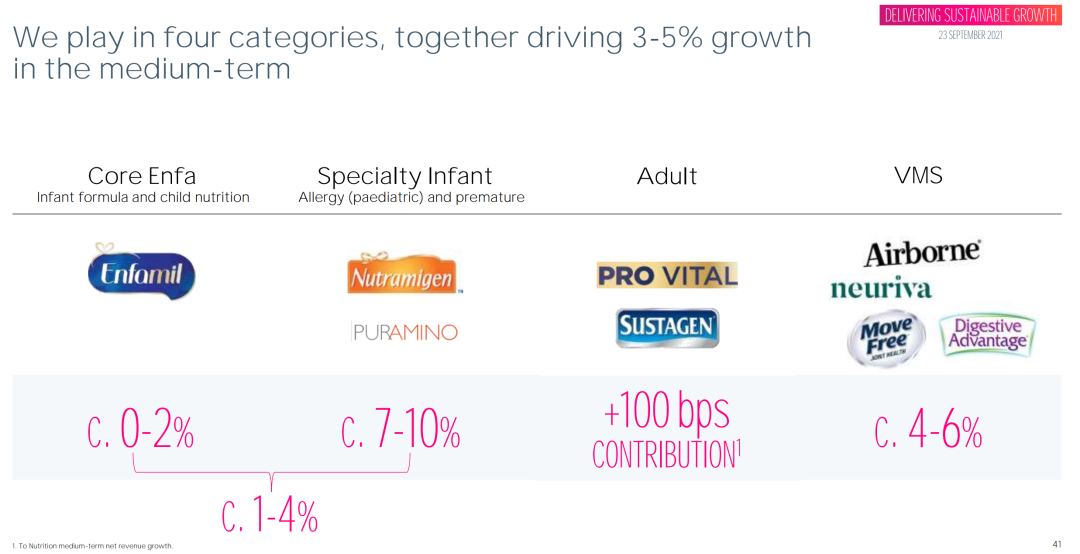 With the divestiture of Mead Johnson’s business in China, at present, the U.S. market supports half of the income of Lijie’s infant nutrition business,

It is worth noting that Lijie hopes that the overall nutrition business can achieve an increase of about 3-5% in the medium term, but for the infant nutrition business, the growth rate is only 0-2%, and the growth forecast is significantly lower than that of special formula nutrition and dietary supplements. Laxman Narasimhan, CEO of Li Jieshi, said at an investor meeting last September that the impact of the decline in birth rate needs to be offset by promoting the high-end of the business.

According to the meeting materials he showed to investors at that time (below), Li Jieshi pointed out that the global birth rate has been declining and is further affected by the epidemic, and the company expects to continue negative growth after the epidemic.

In addition, Li Jieshi also pointed out that at present, about 40% of newborns in the world are not in the market scope of their current business. Among them, 17% are from India, 12% from Africa and 11% from other Asian markets. 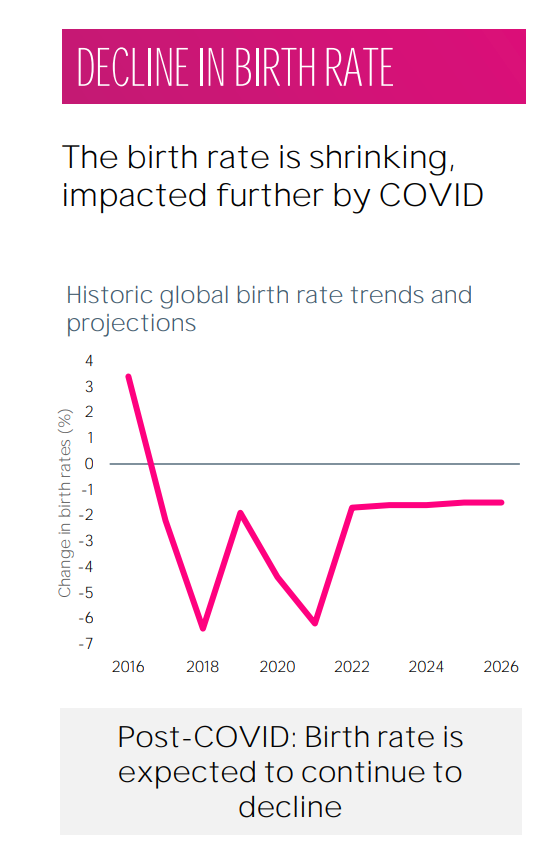 Statistics show that Chunhua capital took the lead in spending $2.2 billion to take over Mead Johnson’s business in China from Lijie in June last year, of which Lijie retained only 8% of the equity. In November, the company announced the completion of the further sale of equity in Argentina.

“After the divestiture in the Chinese market, the nutrition business is becoming stronger and more stable.” Laxman Narasimhan, CEO of Li Jieshi, stressed that the considerable new growth of nutrition will come from new fields, special formulas for infants and young children, adult nutrition and dietary supplements.

At the same time, Li Jieshi also announced the sale of its skin care brand E45 for £ 200 million in December last year, describing it as “another step for Li Jieshi to actively manage its portfolio to achieve higher growth” after the above two sales. Laxman Narasimhan also pointed out that in terms of portfolio management, the management is a positive manager.

Will it be split

Interestingly, previously, feishilan also explained why it was necessary to review the milk powder business. The Dutch dairy cooperative believes that infant formula is evolving rapidly, especially in the Chinese market. The rapid evolution mentioned here includes the trend of birth rate, the competition in the milk powder Market and new sales channels.

Despite this, both inside and outside the industry seem to be showing interest in the brand, which is said to be valued at about $2 billion.

Just before the Spring Festival, an investor close to the transaction told xiaoshidai that after the festival, relevant parties will conduct a “first round draft” for potential bidders for beauty beauty beauty. “Everyone (referring to major milk powder companies) is watching (this opportunity).” Subsequently, he named several well-known enterprises in China’s milk powder industry to the snack generation.

In contrast, the Mead Johnson milk powder business, which was once acquired by Lijie for more than $17 billion, received a Wall Street analyst valuation of $7.5 billion to $8.8 billion. Bloomberg earlier quoted sources as saying that the deal has informally attracted the interest of some buyers, including private equity funds and peers in the milk powder industry.

However, can other buyers get big brands? Even Wall Street analysts believe that this may be a little difficult. Bloomberg quoted Jeffrey analyst Martin deboo as saying that this would be a “difficult sale” because competition issues might prevent Nestle or Abbott from bidding, but believed that it would make Danone, China flying crane and private placement possible competitors.

Nestle is the world’s largest milk powder supplier. At least until now, the company’s CEO Schneider is still openly bullish on the milk powder business. He especially hopes to do his best in China’s milk powder market. He once threatened that he “will not shrink the front and withdraw from the battlefield” in China. For Abbott, which focuses on medical business, it may be the best choice to continue to do a good job in the U.S. milk powder market. Last year, Abbott’s infant nutrition business recorded a 10% increase in the United States.

Bloomberg quoted Barclays analyst Ackerman as writing in a memo that splitting the business and selling assets in Asia and the Americas would be a way that would be more attractive to buyers and satisfactory to antitrust regulators. 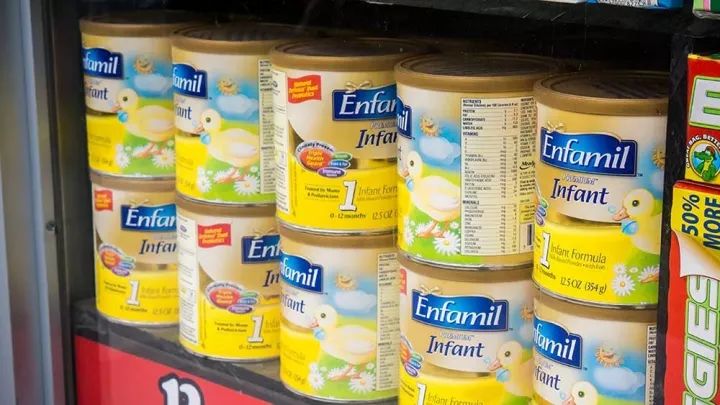 Will Lijie finally decide to retain the milk powder business? Maybe you can keep listening

He had a face-to-face interview with Bloomberg on Monday, UK local time. He said that if we look back at the milk powder business in the Chinese market before Li Jie, the problem is that the economy is changing: the milk powder business was based on the idea that Chinese consumers are always willing to pay a premium for milk powder products. “If you bring European products to China, you can sell them at twice the price.”

“China’s (milk powder) products are becoming very good.” Said that China is streamlining the milk powder industry and does not want to have thousands of brands. It hopes that domestic brands can have a 60% share. However, Lijie’s footprint is not here. To do this, we need to invest more funds and face the pressure of declining birth rate and high-end. 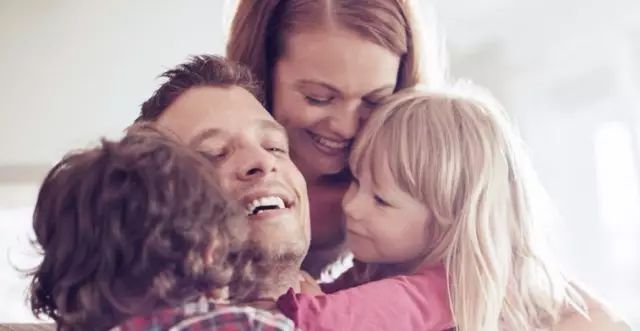 “The nutrition business will grow, not only in infants and young children, but also in adults.” He said that in general, Li Jieshi is “very satisfied” with the business that is expected to grow by 3% to 5% in the medium term. It has achieved an increase of 3%. He only needs to ensure that some businesses in Latin America and Southeast Asia can continue to improve profit margins and promote growth, which is an opportunity for both.