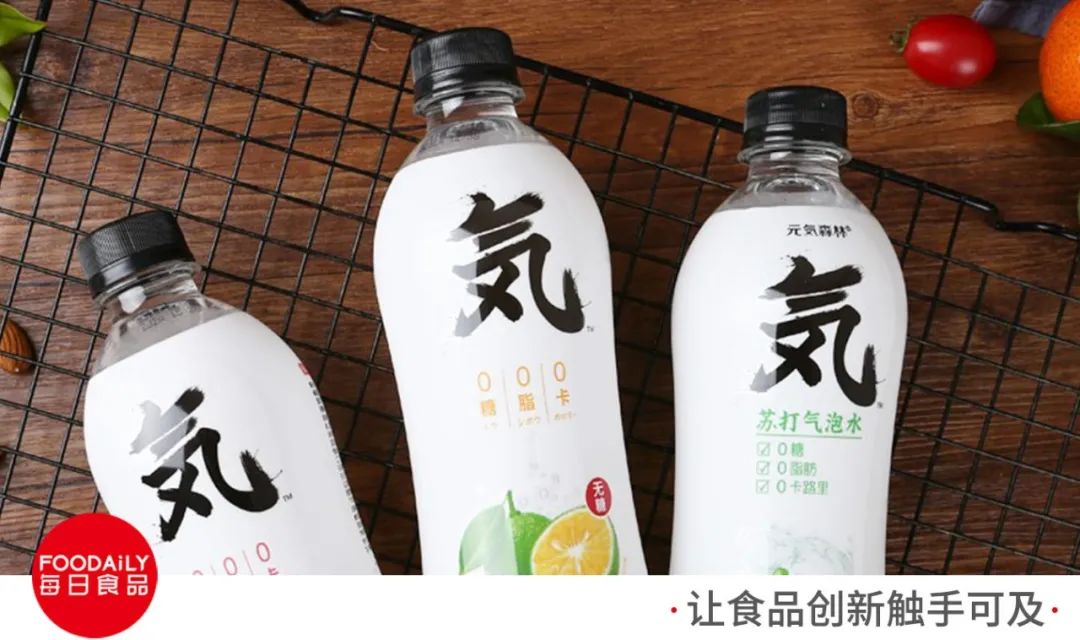 The supplier of Yuanqi forest is listed.

According to the news from the investment community, on February 10, Sanyuan biology, the enterprise with the largest output in the global erythritol industry, officially landed on the Shenzhen Stock Exchange. The IPO price was 109.3 yuan / share, an increase of 32.7%, while the latest market value was 18 billion yuan.

Founded in 2007, the helmsman behind the ternary creature is a 71 year old man Nie Zaijian. After resigning from a state-owned enterprise in his early years, he and his friends opened a printing and dyeing factory. On an occasional business trip to Japan, he came into contact with erythritol, a sugar substitute. After the return, Nie Zaijian acted quickly and entered the sugar substitute market. It was not until the popularity of Yuanqi forest that ternary creatures began to be known.

As we all know, Shandong is the main producing area of corn in China. For this reason, three of the world’s top five erythritol producers are in Shandong Binzhou Sanyuan biology, Dezhou bowling treasure and Zhucheng Dongxiao biology. Today, the vitality forest has set fire to sugar free drinks, and erythritol, as the main raw material, has been robbed. Today, it has created a listed company with a market value of 18 billion.

Harvest an IPO with a market value of 18 billion

Nie Zaijian was born in November 1951 and is 71 years old. According to public information, in 1970, he worked at the radio station for seven years. Later, he went to Binzhou printing and dyeing group. He worked as a maintenance worker and was promoted all the way to director, chief engineer and production director. From 1995 to 1998, Nie Zaijian served as a director of Sanyuan printing and dyeing group.

In the late 1990s, Nie Zaijian resigned from a state-owned enterprise and opened a printing and dyeing factory with his friends and started his business. In 2008, when he visited Japan, he first saw erythritol on the table. The taste was not sweet. He also heard that the sugar did not damage the intestines and stomach, and did not cause dental caries. The following year, Nie Zaijian acquired Shandong tianlvyuan Bioengineering Co., Ltd., which was on the verge of bankruptcy, and began to enter this industry.

Shandong is the main producing area of corn. There are many glucose syrup production plants near Nie’s plant under construction, which is the main raw material of sugar alcohol. Sanyuan home textile company also exports textiles overseas and has customer experience. Nie Zaijian’s first idea is to enter the bureau first before the industry has developed. In the initial stage, it can mainly face the overseas market.

At that time, erythritol produced by ternary organisms mostly entered overseas factories and families. In 2015, Sanyuan biology held a meeting on the new third board. According to the prospectus, its main customers include Saraya, a Japanese healthy snack enterprise, and hfmh, a US ice cream and table sugar enterprise.

Now, the 71 year old entrepreneurial veteran has finally ushered in an IPO, with a market value of about 18 billion yuan. According to the shareholding ratio after IPO, Nie Zaijian is worth more than 7.5 billion.

Yuanqi forest propped up an IPO

Through the prospectus, we can have a glimpse of the secret business of erythritol.

What is erythritol? Erythritol is a white, bright powder or crystal with low hygroscopicity and moderate sweetness. It can melt at 122 ℃ to form a colorless and non viscous liquid. Erythritol is the fastest developing sugar substitute in the non saccharification development of food and beverage industry at home and abroad. It has many advantages, such as Zero sugar, zero calorie, natural health and so on.

According to the prospectus, ternary biocheng is a professional manufacturer that started the industrial production of erythritol earlier in China. It has successively overcome the process problems in many links such as strain breeding, formula optimization, fermentation control and crystallization extraction, and gradually grown into one of the leaders in the global erythritol industry. According to Sullivan research data, in 2019, the company’s erythritol output accounted for 54.90% of the total domestic erythritol output and 32.94% of the global total output. It is the largest enterprise in the global erythritol industry.

At present, the company’s customers include well-known Chinese and foreign enterprises, including saloya, TIH, ADM, Yuanqi forest, Coca Cola, Pepsi, nongnongshanquan, uni president, jinmailang, Hankou No. 2 factory, perfect China, southern black sesame paste, etc. in addition to being directly applied to the brands under the above enterprises, the company’s products are also provided to merisant, Unilever, Danone There are many well-known enterprises such as havia and tru.

This business was contracted by Shandong again

With the rise of vitality forest, erythritol has created three rich people in Shandong.

By 2020, 95% of erythritol in the world mainly depends on five factories, three of which are from Shandong. In addition to ternary organisms, there are Dezhou bowling treasure and Zhucheng Dongxiao.

Let’s take a look at bowling treasure. Its predecessor is the first oil cotton factory built in 1952. It is in debt. In 1995, the company established a new leading group centered on Liu Zongli. In order to save themselves, the cotton factory can only change production. Later, in the investigation of a group of people led by Liu Zongli, they learned that a “oligosaccharide” high-tech project of Microbiology of the Chinese Academy of Sciences was a key research topic of the eighth five year plan.

Liu Zongli saw the opportunity. On October 28, 1996, the trial production of the first batch of oligosaccharide products was successful. As this national key research topic of the eighth five year plan took root in the northwest of Shandong, the oil cotton plant in charge of Liu Zongli also survived and officially became an oligosaccharide industrial manufacturer.

The following year, bowling treasure was officially established. In 2009, bowling treasure became the first A-share listed company in the same industry to realize the industrial production of oligosaccharides in China. In 2017, Liu Zongli chose to step down and desjue became the actual controller. After replacing the actual controller, bowling Bao began to enter the sugar alcohol market, mainly erythritol, with a market value of more than 4.5 billion yuan.

Sugar free drinks are sweeping the world, and erythritol ushers in a once-in-a-lifetime opportunity. According to the data of toubao Research Institute, from 2015 to 2019, the market scale of China’s sugar free beverage industry increased from 2.14 billion yuan to 9.64 billion yuan, with an annual compound growth rate of 45.7%, and the market potential is huge. So far, this humble business has created an industry in Shandong. 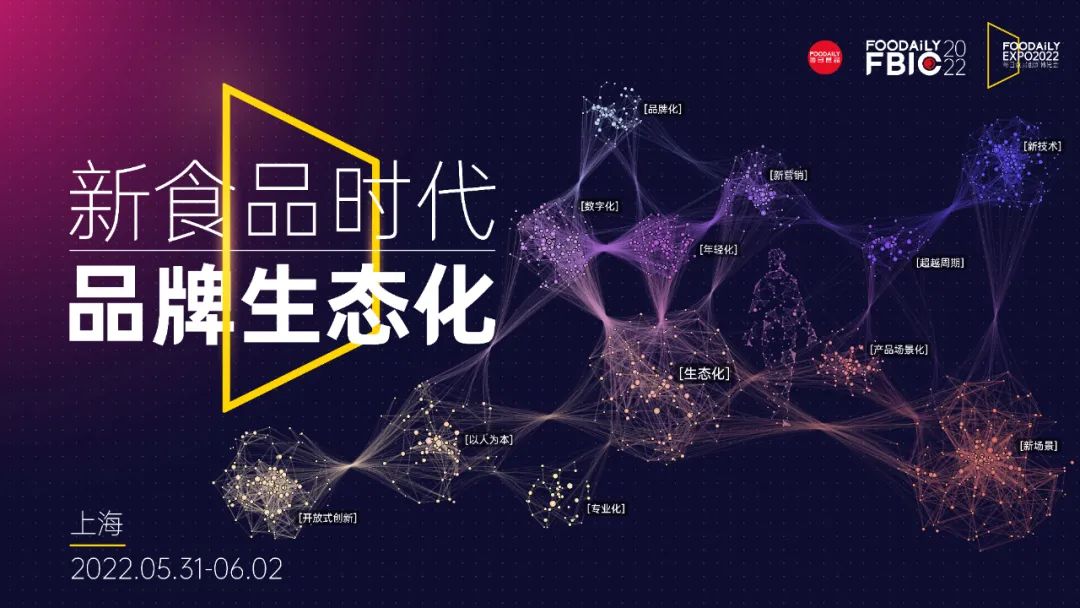