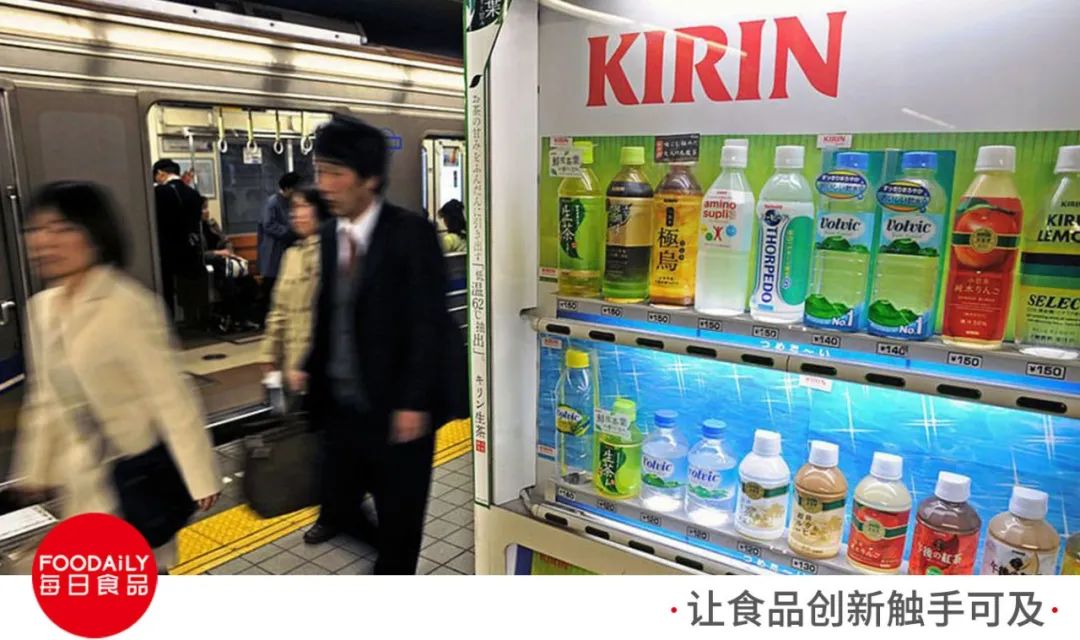 “
the halo of the past is no longer, and the retreat of Japanese enterprises has spread from the electronics industry to the FMCG industry.
”

Kirin holdings, a large Japanese beverage manufacturer, officially announced yesterday that it had agreed to sell 40% of China Resources Kirin beverages, a joint venture with Chinese enterprise China Resources Group, to investment agency platform consumer Ltd for about US $1 billion.

The company said that the sale of China Resources Kirin Beverage was part of the company’s business portfolio review and expected that the transaction would bring about US $337.4 million to the company. Affected by the news, Kirin’s share price rose 2.9% in early trading in Tokyo yesterday.

It is worth noting that Kirin holdings also stressed that its business cooperation with China Resources Group in China will continue despite Tsinghua run Kirin Beverage Co., Ltd. In addition, although Kirin withdrew from China’s soft drink market, it will continue to operate China’s beer business. It is understood that Kirin has a wholly-owned subsidiary – Kirin Beer Co., Ltd. in China, but the profit of mass-produced general beer and beverage products is not high.

According to the information on the official website, Putuo was established in 2008, and its fund management company is the first batch of professional investment management institutions focusing on equity investment fund management business filed in accordance with relevant national regulations. Since its establishment, Putuo has led the mixed restructuring of enterprises affiliated to large central enterprises such as AVIC and China Huadian and the investment cooperation of large private enterprises. The asset scale of investment holding / holding enterprises has reached hundreds of billions of yuan.

In January this year, Nikkei Chinese reported that Kirin would cancel its non-alcoholic beverage joint venture with China Resources in China. All the shares of the joint venture will be sold to Chinese funds at a price of about 100 billion yen. Kirin will change its overseas strategy and invest in highly profitable refined beer.

Public information shows that Kirin Group was founded in 1907 and has been growing for more than 100 years. Starting from the beer business, it has expanded its business to the fields of food and beverage, medical treatment and health science. In 2011, China Resources venture, a subsidiary of China Resources Group, established cooperation with Kirin company of Japan. The two sides established a joint venture with a shareholding ratio of 6:4. The joint venture focuses on non-alcoholic business. Both sides will inject non-alcoholic beverage business in the Chinese market into the joint venture. Through this cooperation, China Resources grafted the R & D capability of Kirin company and its own channel capability accumulated for many years, comprehensively enriched the product line and completed the transition from single category to multi category. Kirin also successfully launched a series of new products in the Chinese market, such as afternoon milk tea, hot coffee, magic and so on. 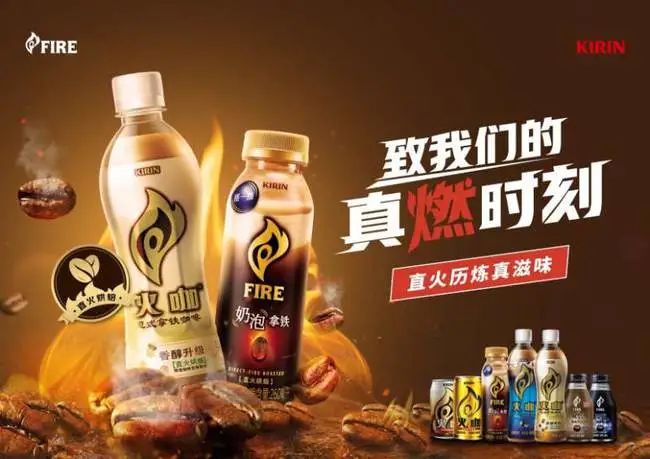 However, due to the failure to overtake uni president, Master Kang, Nestle and other brands in the corner, the afternoon milk tea, hot coffee and other products cooperated by the two after the marriage failed to become popular in the industry, and its core business is still Yibao aquatic products. In 2015, China Resources venture announced that it would divest 80% of its retail, food and beverage businesses and sell them to its parent company, China Resources Group, leaving only the most profitable and promising beer business. Since then, China Resources entrepreneurship has also been officially changed to China Resources beer.

According to insiders, due to the failure to surpass other major beverage brands and the success in making non-alcoholic beverages of both sides popular, the new beverage products have made limited contribution to the revenue of China Resources. Although the cooperation between the two sides has not broken, it has reached the bottleneck. Different business development demands are likely to be an important factor in the breakup of the two sides.

It is worth noting that gradually withdrawing from foreign markets, returning to Japan and reducing the scale of business are also one of the transformation directions of Kirin in recent years. In order to enter emerging market countries, Kirin began to acquire beer companies in emerging countries around 2010, but was squeezed by large European and American enterprises and local enterprises in various countries, so it had to restructure its business. According to public reports, Kirin sold its beer business in Brazil and its beverage business in Australia in 2017 and 2021; Two days before announcing the withdrawal from the joint venture, Kirin holdings had just “decided” to withdraw from its business in Myanmar.

Japanese funded enterprises, which have always been proud of their global expansion, have to start shrinking their living space to the mainland, which is regrettable.

In the context of the increasing “progress” of domestic enterprises’ innovation and management ability, Kirin’s divestment can be said to be another epitome of Japanese enterprises gradually “falling behind” in the competition in China’s market.

In recent years, Asahi holdings, another beverage giant from Japan, has gradually withdrawn from its beverage business in China. Over the past few years, Asahi Holdings has not only successively sold its shares in China’s agriculture, milk companies and Master Kang drinks, but also transferred its stake in Tsingtao beer. In the process of operating in China, the beer business of Asahi Holdings has not developed smoothly. Since 2014, beer production has been in the trend of large-scale decline, which has not been effectively alleviated until 2017.

In fact, the phenomenon of Japanese enterprises gradually falling out of favor in the Chinese market does not only occur in the FMCG industry. In recent years, Japanese enterprises, which once had unlimited scenery, have encountered all kinds of “Waterloo”.

Last September, Nikkei reported that Dalian Toshiba, which has been in China for 30 years, will close down and its related products will be produced in Vietnam and Japan. At the beginning of this year, Canon, a Japanese camera brand, decided to stop production because of unprecedented difficulties in operation. As early as 2015, Panasonic closed its last color TV factory in China.

Is it true that the era of Japanese enterprises is going to pass?

An expert believes that Japanese enterprises’ long-term over dependence on the once successful operation and management model is the biggest fatal injury. Their best management experience has long been imitated or even surpassed by Western and Chinese companies. 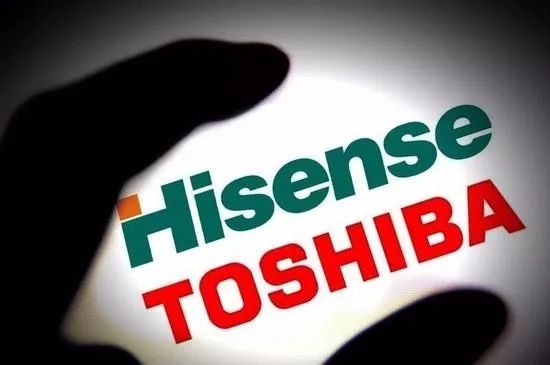 According to incomplete statistics, among the mainstream multinational companies, 78% of the executives of European companies are local people, and about 82% in the United States; 99% of the executives of Japanese enterprises are Japanese, and there is no foreigner in the senior management of some Japanese multinational companies. As a result, when the company makes major decisions, especially when formulating the global strategy, no one can inject a different perspective into the strategy.

This also eventually led to two results: on the one hand, the technology of Japanese enterprises often can not be effectively combined with the market demand, which often increases the cost and misjudges the development trend because of the “pseudo demand”; On the other hand, Japanese enterprises tend to emphasize technology over marketing and R & D over users. However, the deeper the industrial chain and the more subdivided the user market, some Japanese brands used to centralized R & D become unable to adapt to environmental changes and are eventually eliminated by the market.

It must be admitted that, in addition to the advantages brought by inherent geopolitical factors, Japanese enterprises also have some excellent qualities that Chinese enterprises lack, such as being down-to-earth, meticulous and serious, no one can shake their R & D advantages, and pay more attention to the image of public opinion. However, the trend of the times is rolling forward. No matter which enterprise, no matter how brilliant it has created, if it can not keep up with the times and seize the opportunity, the living space left for it will be more and more narrow.