This afternoon, Nestle, the world’s largest food company, released its annual financial report for 2021 and showed its strong rise from the epidemic with its highest growth in a decade. According to the above financial report, in 2021, Nestle’s total sales were 87.1 billion Swiss francs (equivalent to about 614.289 billion yuan), a year-on-year increase of 3.3%. Foreign exchange factors reduced sales by 1.3%. The divestiture of net assets had a negative impact of 2.9%. Last year, Nestle’s organic growth reached 7.5%. Among them, the real internal growth (rig) was 5.5%, and the price factor contributed 2.0%. The growth was driven by the continuation of retail sales momentum, the steady recovery of outdoor channels, the improvement of pricing and the growth of market share. 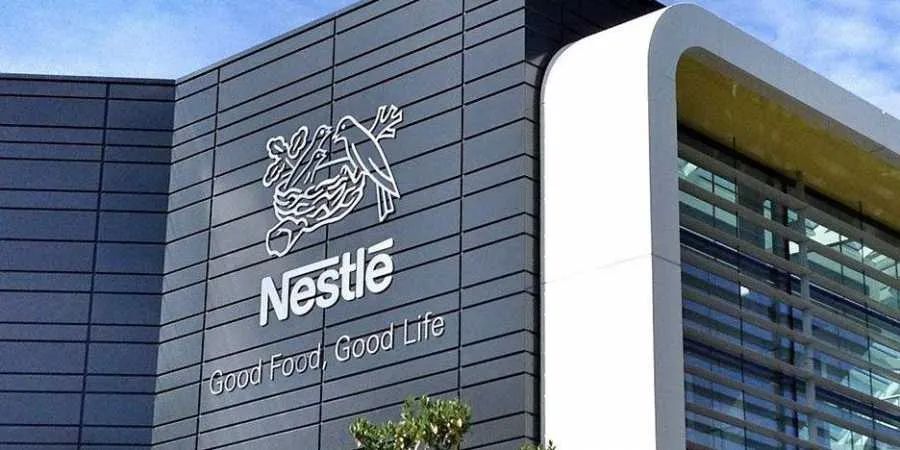 In addition, Nestle’s earnings per share increased by 41.1% to CHF 6.06 in 2021, mainly reflecting the impact of the sale of some L’Oreal shares. Let’s have a look.

Let’s focus on the performance of the Chinese market. According to the financial report data found by xiaoshidaifan, the sales revenue of Nestle Greater China in 2021 was CHF 5.558 billion, equivalent to about 39.199 billion yuan (calculated according to the weighted average annual exchange rate in 2021, 100 yuan was converted to CHF 14.179 in 2021). In 2020, Nestle’s sales in Greater China were CHF 5.986 billion, equivalent to about RMB 44.028 billion (according to Nestle’s financial report, 100 yuan was converted to CHF 13.596 in 2020). This change is also related to Nestle’s reshaping its product portfolio in China. Xiaoshidai noted that the above financial report pointed out that in the Asian, great and African region where the Chinese market belongs, the stripping of net assets brought a negative impact of 3.9% last year, mainly related to the stripping of Chinese Yinlu peanut milk and canned Babao porridge. 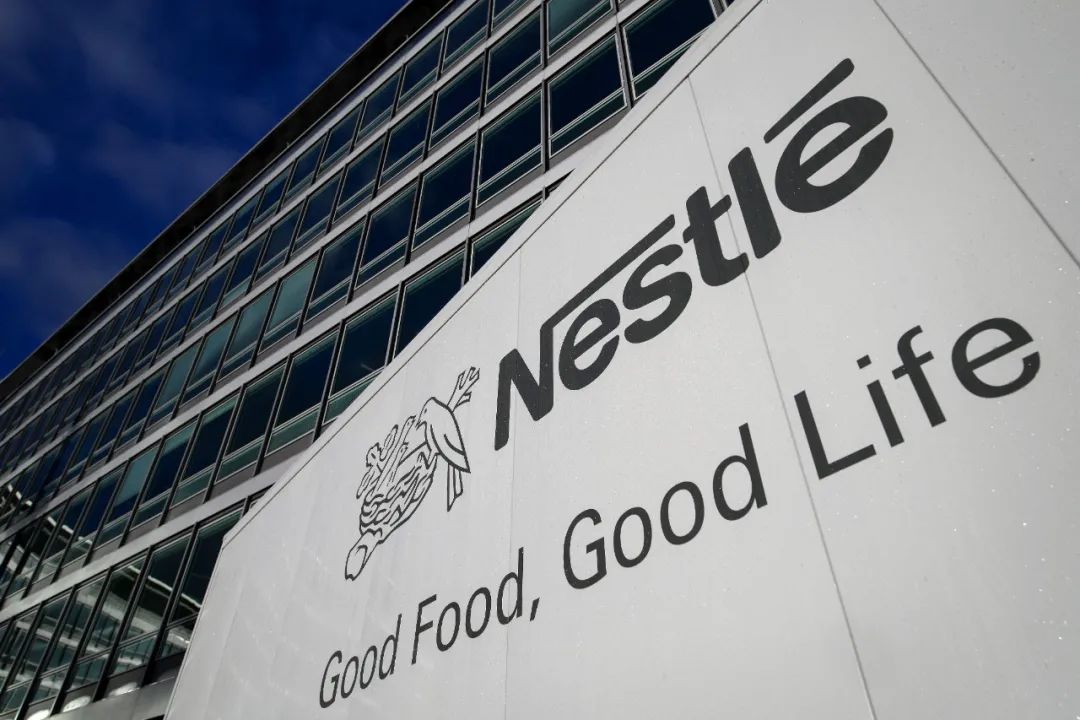 Specifically, Nestle pointed out that the organic growth of the Chinese market last year was in the low single digits. Among them, real internal growth (rig) achieved positive growth and prices increased slightly. Focusing on its business, Nestle said that in the Chinese market, although the sales growth momentum of most categories is strong, the sales of infant nutrition products continue to decline. The above financial report also showed that the operating profit margin (Utop) of Nestle’s basic transaction reached 17.4%, down 30 basis points from the financial report. The trading operating profit margin (top) decreased by 290 basis points to 14.0% on the basis of the report, which largely reflects the impact related to Wyeth’s business. For the milk powder business, mark Schneider, chief executive of Nestle, once said that not only in China, but also in other markets, the impact of the epidemic (such as the decline of birth rate) has also brought a greater impact on this business. He also admitted that nestle did not blame the epidemic for its poor business performance, and would continue to promote recovery, such as sorting out a clearer channel strategy, using advanced technology for innovation and providing a product portfolio more suitable for the local market, overweight cross-border e-commerce, etc. 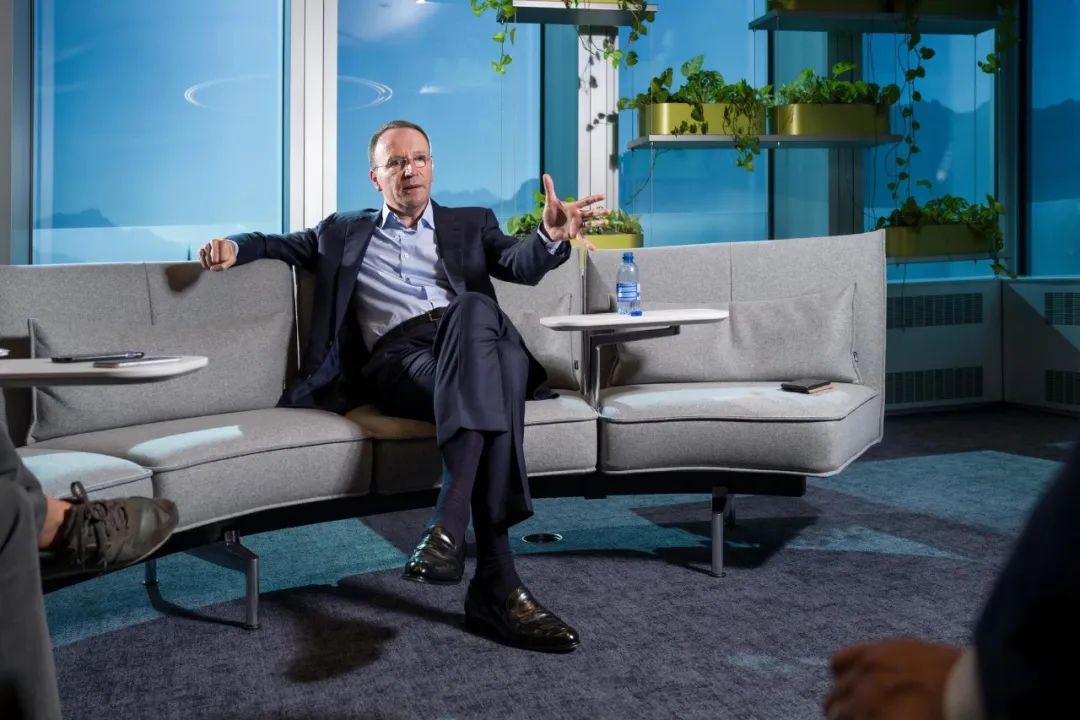 Taking Wyeth as an example, the brand introduced a number of new products across the border last year, including Qifu Yunyou sheep milk powder with HMO. For offline channels, Wyeth also officially announced the “4th generation milk powder” Qifu Yunchun, the main immune formula, in 2021. Back to the latest financial report, Nestle said that the biggest contributor to the growth of the Chinese market is nestle professional catering, and the sales of this department has exceeded the level in 2019. Coffee, cooking condiments and Purina pet care all achieved strong double-digit growth. In addition, dairy products recorded a high single digit growth, and the sales of products in line with the trend of healthy aging developed strongly, especially the two functional foods that have obtained the “blue hat” (Note: i.e. passed the registration of Chinese health food) certification and focus on “increasing bone mineral density” and “enhancing immunity” respectively. Thanks to the strong demand for crispy shark chocolate, the candy business achieved median single digit growth. 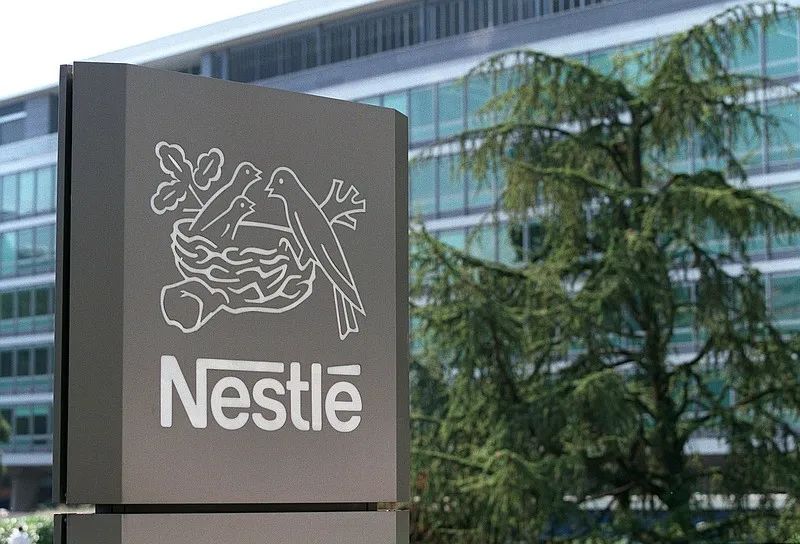 Let’s focus on the situation of various sectors of Nestle group. The company said in its financial report that in 2021, most regions and categories achieved extensive growth. Among them, the organic growth of developed markets reached 7.2%, the highest level in more than a decade. Organic growth in emerging markets was 7.8%. Among them, real internal growth remained stable, and pricing also contributed to positive growth. Specifically for each category, Nestle pointed out that coffee is the largest contributor to organic growth, thanks to the strong momentum of three major brands, including Nestle coffee, espresso coffee and Starbucks (Note: Nestle has the permanent right to sell Starbucks retail and catering products outside Starbucks coffee stores worldwide, except ready to drink products). 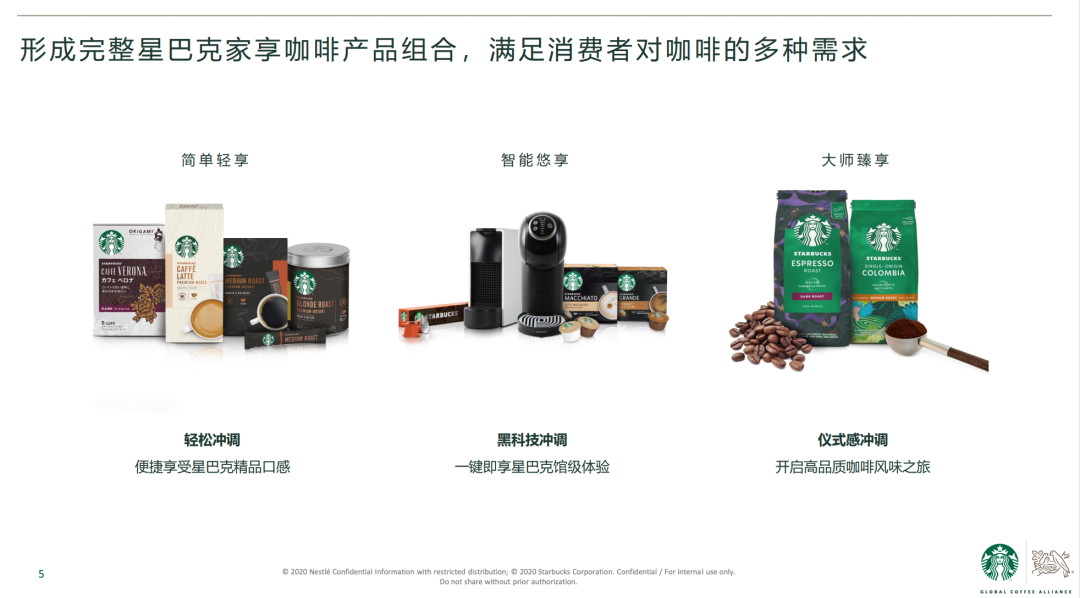 among them, the sales of Starbucks products increased by 17.1% to 3.1 billion Swiss francs. This figure has increased by more than CHF 1 billion compared with 2018. Espresso achieved an organic growth rate of 8.8%, and the Asian, African and Asian regions to which the Chinese market belongs achieved double-digit growth.

Dairy products achieved median single digit growth due to strong demand for high-end products and fortified milk, coffee creamer and ice cream. Supported by strong sales of Qiqiao and gift products, candy sales increased by a high single digit. Driven by the recovery of high-end brands and outdoor channels, the water business has achieved high single digit growth. However, under the background of the decline of the global infant nutrition epidemic, the sales rate in China has declined. Sales of human milk oligosaccharide HMOs products continued to grow strongly, reaching CHF 1.2 billion. According to the data, illuma future, which will be listed in China in 2021, has specially added six kinds of core human milk oligosaccharide HMOs compared with the previous generation product (illuma HMO +).

In terms of sub channels, Nestle’s financial report shows that in 2021, the organic growth of retail channels was 6.4%. E-commerce sales increased by 15.1%, accounting for 14.3% of the group’s total sales. In the e-commerce channel, most categories have strong growth momentum, especially Purina pet care, coffee and Nestle health science. Due to the impact of the epidemic, the comparative base was low, and the organic growth of outdoor channels reached 24.5%. 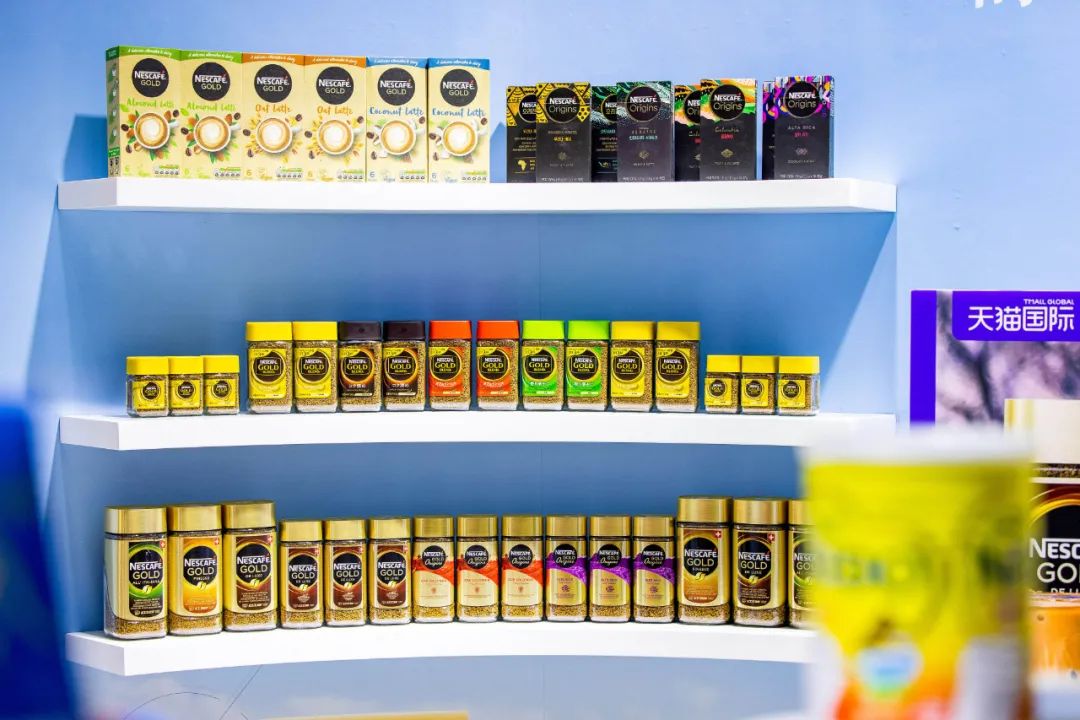 Looking back on 2021, Schneider said in today’s financial report that nestle continues to focus on implementing long-term strategies and increasing investment in growth, while addressing global supply chain challenges. After careful implementation, rapid innovation and enhanced digital capabilities, the Group recorded strong organic growth and broad market share growth. At the same time, he pointed out that through active cost management and responsible pricing, Nestle was also able to control the impact of unusual cost increases. “Our strong basic earnings per share growth demonstrates the resilience of the value creation model. In a challenging environment, the whole Nestle team has shown exemplary perseverance and agility.” Schneider said. In the post epidemic era, Schneider said that Nestle is still promoting product portfolio reform, focusing on attractive growth opportunities and differentiated products. Recent examples include the acquisition of the bountiful company’s core brand and the divestiture of North American mainstream water brands. 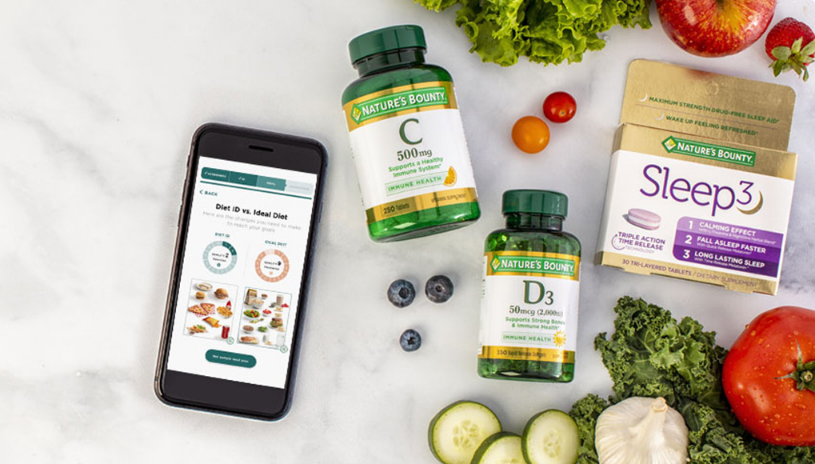 In today’s financial report, Nestle revealed that it completed the acquisition and divestiture with a total value of about 9.9 billion Swiss francs in 2021. Since 2017, the adjusted product portfolio sales have accounted for about 20% of the total sales in 2017. As the first “airborne” leader of Nestle in nearly a century, Schneider, who took office in 2017, made drastic reforms to the product portfolio of the global food giant, stripped off some of the weak growth businesses such as candy and water, and made large acquisitions in sectors such as health science.

Xiaoshidai introduced that, including two acquisitions at the beginning of this year, the world’s largest food enterprise has made more than 10 acquisitions through Nestle health science since 2020, which is also the business segment with the highest “buy and buy” frequency during Nestle’s period. At the same time of spending money on mergers and acquisitions, Nestle health science also continues to promote its purchased products to more markets. For example, in China, the company introduced the collagen brand “vital proteins” last year to enter the field of oral beauty. 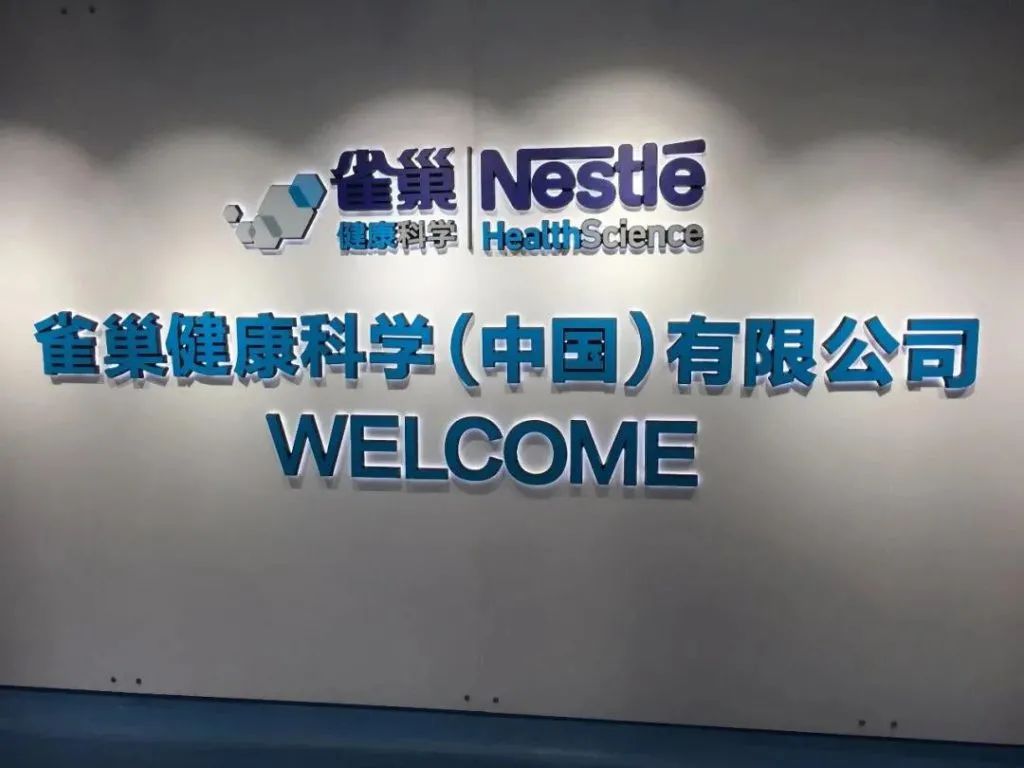 Looking forward to 2022, Nestle expects its organic sales to increase by about 5% and its basic operating profit margin to be between 17.0% and 17.5%. Basic earnings per share and capital efficiency at fixed exchange rates are expected to increase. For the medium-term guidance, the company pointed out that the organic growth of sales is expected to remain in the median single digit. The operating profit margin of basic transactions continued to improve steadily. Capital allocation remained stable and capital efficiency continued to improve. Xiaoshidai noticed that foreign power also paid a lot of attention to the latest report card of this global food giant. The Financial Times said today that nestle had achieved its strongest growth in a decade and its performance was slightly higher than analysts’ expectations, but Nestle said that its basic profit margin had also narrowed due to the delay in transferring costs to consumers. The newspaper also said that nestle expects that as the inflationary pressure in its core market is passed on to consumers, the economy will recover from the impact of the epidemic, consumer spending will increase, and basic sales are expected to increase by 5% in 2022. 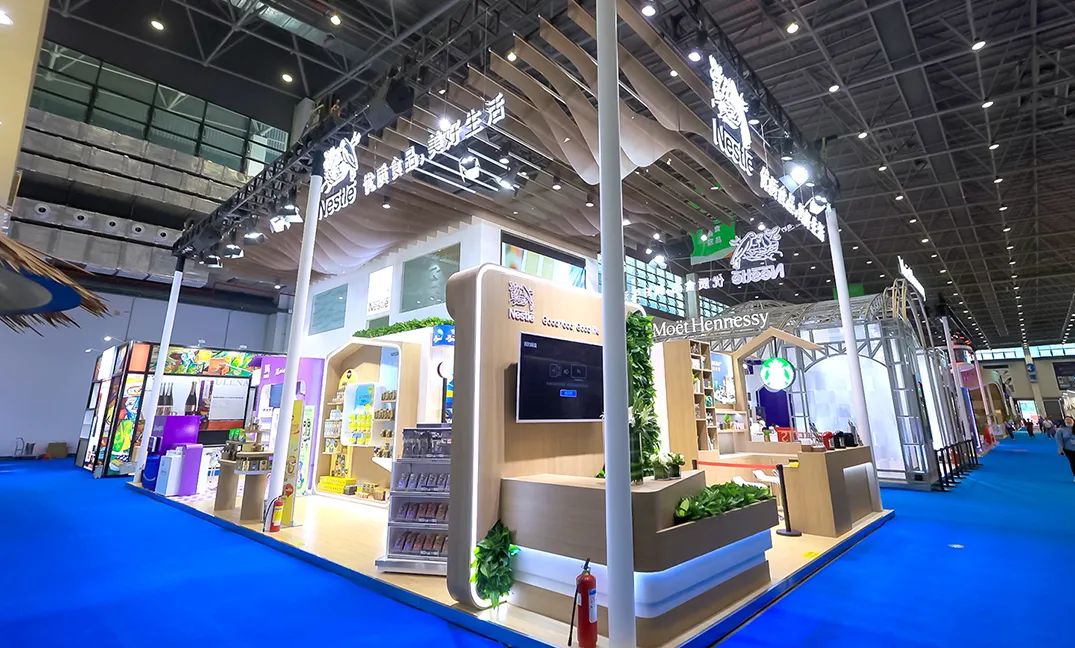 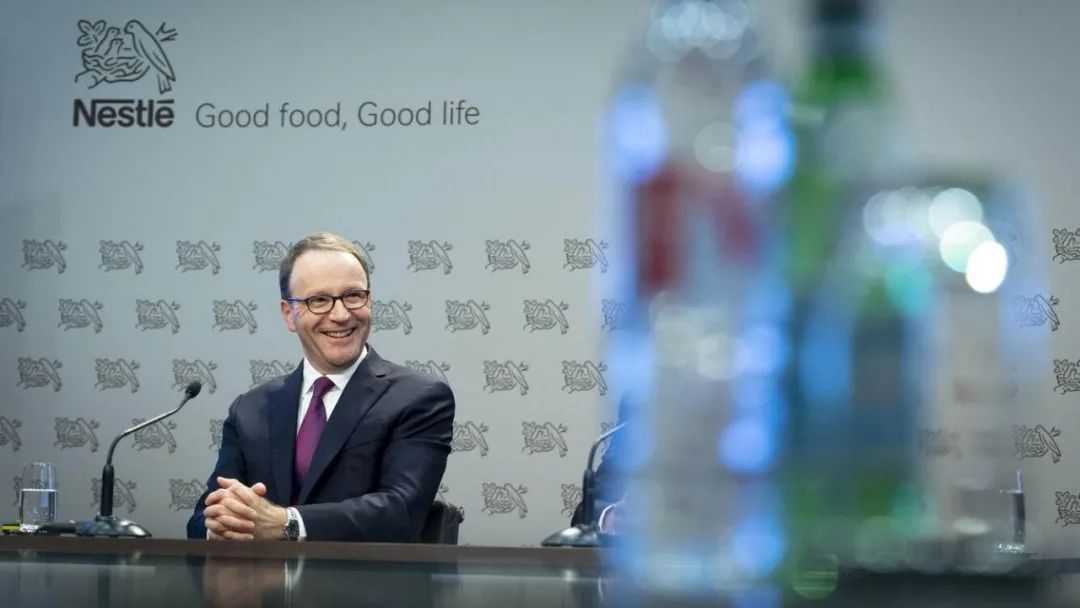 “Of course, this is what we must reflect in the pricing, and it is comprehensive (reflected), in all regions and categories.” “There’s hardly any place in the company that can avoid inflation right now,” Schneider said Bloomberg pointed out that Nestle is the latest company to warn that inflation will erode profitability. Unilever said last week that it would take two years for its profit margin to return to 2021 levels. Heineken said on Wednesday that consumer budgets were being affected by the worst inflationary pressures in a decade. “However, Nestle’s guidance still leaves room for the possibility of improving profit margins.” Bloomberg quoted analysts as saying that Nestle is in a better market position than its peers because the categories it sells have a longer shelf life and strong brand power, which makes it easier for the company to pass on higher costs.