Today, Abbott released a recall announcement on its global official website, saying it would take the initiative to recall milk powder produced by a factory, including Similac produced at Sturgis factory in Michigan ®、 Alimentum ® And EleCare ® Milk powder, excluding any nutritional formula products for metabolic deficiency, Abbott liquid formula or other Abbott nutritional powder and brands will not be affected.

The announcement said that there had been four consumer complaints that infants ate infant formula produced by the factory, involving cronobacteria sakazakii or Salmonella Newport, and the company took the initiative to recall these products.

“Although Abbott’s testing of the finished products did not find pathogens, we are taking action to recall the milk powder produced in the factory, which is valid for April 1, 2022 or later. Abbott’s liquid formula, powder formula or nutritional products produced by other factories were not affected by this recall.” The announcement said.

In response to this incident, xiaoshidai contacted Abbott China today to understand the specific situation. So far, the company has not responded. It is unclear whether the recall involves the Chinese market.

Xiaoshidai noted that foreign media and the U.S. Food and drug administration are paying attention to the incident.

The company is recalling infant formula from Michigan factories, including Similac, after four consumers complained that babies who ate these products were infected with bacteria, Reuters reported today. According to the Reuters report, these consumer complaints are “related to cronobacteria sakazaki or Salmonella Newport”, and Abbott will also recall its Alimentum and EleCare infant formula produced at Sturgis factory.

The report also pointed out that the U.S. Food and Drug Administration (FDA) said in a statement that it was investigating consumer complaints about infection and quoted the latter as saying that “all four cases related to these complaints have been hospitalized, and cronobacteria may cause one of them to die”.

The agency is investigating consumer complaints about cronobacteria sakazakii and Salmonella Newport, according to a statement released by the FDA on the 17th. Abbott is working with FDA to initiate an active recall of products that may be affected.

It is worth noting that the statement also reminds that the products produced by Sturgis factory in Michigan are all over the United States and may be exported to other countries.

The FDA is investigating complaints of four infant diseases from three states. All four cases related to these complaints are hospitalized, and cronobacteria may cause one death, the statement said. 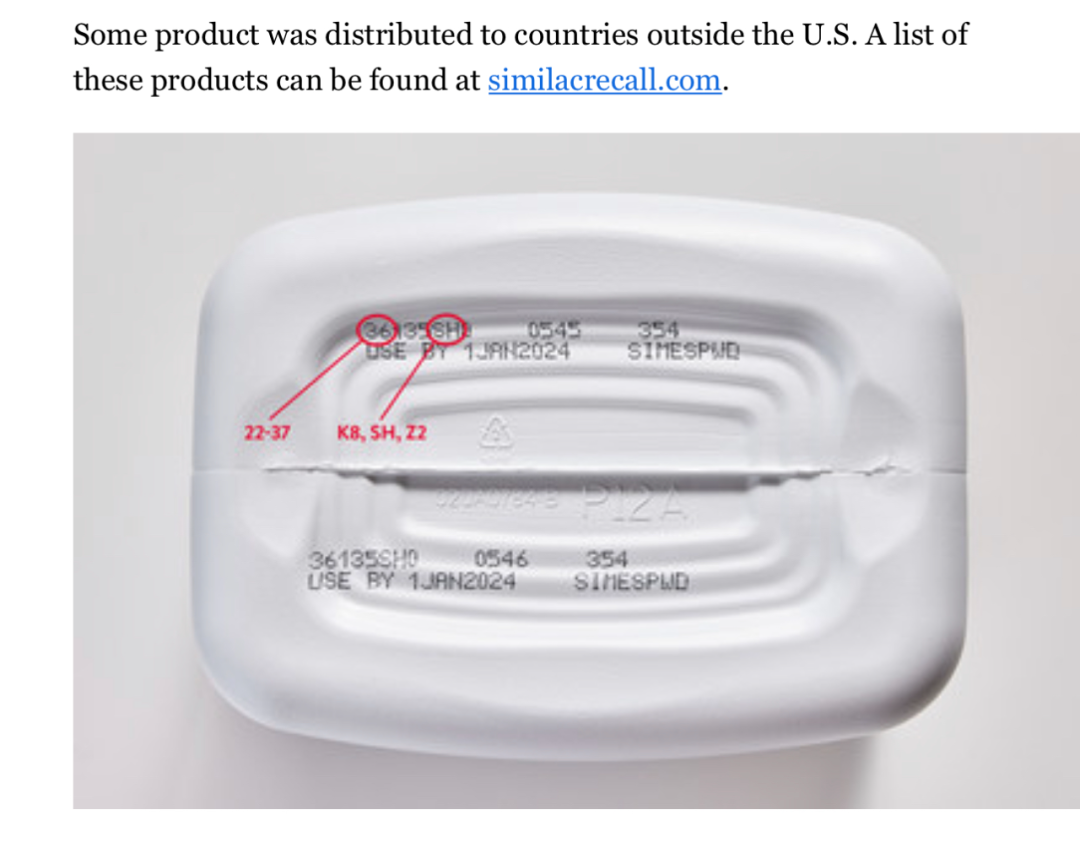 In its statement, the FDA advised consumers to avoid using Similac, Alimentum or EleCare infant formula that meets the following conditions:

The code on the container contains K8, SH or Z2;

Pay attention to “snack generation” (wechat: foodinc) “and reply to” Abbott “to see the wonderful news.