For yesterday’s group product recall statement, Abbott China replied to the snack representative yesterday that among the products actively recalled this time, other nutritional products sold by Abbott China in the mainland will not be affected except Xikang Baotian, a baby nutritional supplement. (snack generation) 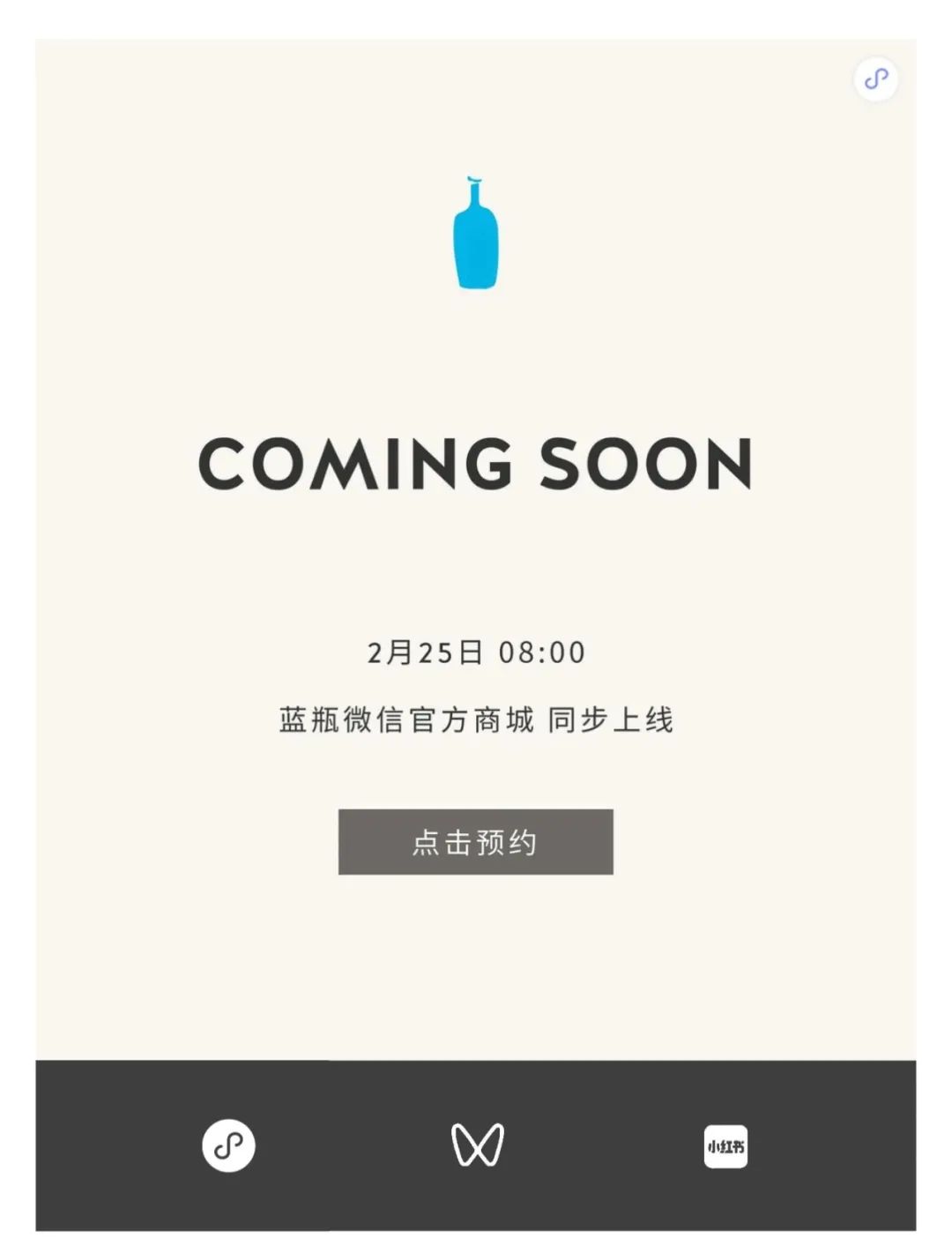 Yesterday, the Hang Seng index was released quarterly. The Hang Seng index was included in nongnong Shanquan and Lenovo Group. No shares were eliminated, and the number of constituent shares increased from 64 to 66. All index changes will take effect on March 7. (Hong Kong Economic Daily)

Recently, the signing ceremony of strategic cooperation between Heilongjiang Feihe Dairy Co., Ltd. and jiabiyou Biotechnology (Wuhan) Co., Ltd. was held in Beijing. In the future, the two sides will establish long-term and stable cooperative relations in many directions, such as supply chain, R & D and innovation, technology reserve and so on. (Securities Times)

Yesterday, the website of the Shanghai Stock Exchange showed that golden seed wine, whose share price has been listed on the Sanlian board, received a regulatory letter, with the reason of “clarifying regulatory requirements on matters related to information disclosure”. Golden seed wine’s continuous rise was due to its controlling shareholder’s intention to introduce strategic shareholder China Resources war investment. However, the sudden rise of the share price before the announcement was questioned by the market, and the news was leaked in advance. (surging News)

Recently, several employees disclosed that wenheyou had launched a round of large-scale layoffs years ago, and the number of layoffs in some departments exceeded 60%; Years later, a new round of layoffs continues. The relevant person in charge of wenheyou public relations responded that “layoffs are normal personnel changes caused by the company’s business adjustment.” (interface News)

“Ah Kuan’s red oil pastry is suspected of eating mice” has aroused heated debate recently. Surging news noted that on February 17, the official microblog of the involved brand “a Kuan” responded to the matter, saying that the company’s quality inspection and technical personnel preliminarily judged that the flour cake was contaminated, moldy and deteriorated, and there was no foreign matter problem. After the intervention of the third-party testing company, it believed that the outer packaging of the products involved was missing and there was no production batch number, “sample testing could not be carried out”. At present, consumers have reported the situation to local 12315 and accepted it, and the company will cooperate with it. (surging)

Recently, the enterprise investigation information shows that Beijing lechunyoupin Food Technology Co., Ltd., an affiliate of netred yogurt brand “Lechun”, has updated an administrative punishment information. Lechun company was fined 100000 yuan by Chaoyang District Market Supervision Bureau of Beijing for describing the competing products “miaokelando cheese stick” and “baijifu growth cheese” as containing “a large amount of additives” in its own e-commerce publicity video of children’s cheese stick, which infringed on the reputation of competitors. In this regard, Le Chun responded that relevant issues have been handled and strict publicity has been started. (Beijing News)

Recently, v2food, a vegetable meat company, announced that it would establish a partnership with two factories in Hebei and Shanghai. The two factories will mainly produce raw material products including v2food catering and retail clothing, such as V2 minced pork, which will be officially listed in the Chinese market in April this year. (issued by the company)

Recently, yum China announced that it won the gold medal in the 2022 sustainable development yearbook released by S & P worldwide. Yum China is the only company that has won the honor from Chinese mainland. (issued by the company)

Recently, Nestle announced the nomination of Luca Maestri, chief financial officer of apple and Chris Leong, chief marketing officer of Schneider Electric, as members of the board of directors. (issued by the company)

Recently, US retail giant Wal Mart announced that it had made a profit of US $3.56 billion in the fourth quarter as of the end of January, reversing the decline of a loss of 2.09 billion yuan in the same period last year. The company expects the overall revenue to rise by 4% this year and the same store sales revenue in the US market to rise by 3% (Xinbao)

CEO of kraft Heinz will also serve as chairman

Yesterday, kraft Heinz said it planned to appoint CEO Miguel Patricio (Fu Meikai) as chairman to replace Alexandre Behring, who will retire at the annual general meeting in May. According to refinitiv, the company led by Buffett is the largest shareholder of kraft Heinz. (Reuters)

Recently, kraft Heinz said it would further raise the prices of snacks and condiments to deal with the impact of soaring raw materials and transportation costs. Previously, the company reported quarterly earnings higher than market expectations. (Reuters)

Recently, people familiar with the situation said that CVC capital partners, Brookfield and two Abu Dhabi National funds have bid for part of the equity of Starbucks franchise in the Middle East, North Africa and Central Asia held by alshaya group. Brookfield and CVC declined to comment. Alshaya group did not immediately respond to a request for comment from Reuters. (Reuters)

Despite the huge cost pressure of commodities, Li Jieshi expects the profit margin to increase this year. According to a statement on Thursday, the company predicted that the adjusted operating profit margin for the whole year of this year will exceed the current 22.9%. (Bloomberg)

Fonterra recently announced that it has reached a strategic partnership with the New Zealand exchange (NZX) and the European energy exchange (Eex), all of which will hold shares in the global dairy trading platform (GDT). The partnership between the three parties is expected to be completed in mid-2022, and Fonterra, NZX and Eex will each hold one-third of the equity of GDT. (issued by the company)

Recently, the national development and Reform Commission and relevant departments formulated and issued several policies on promoting the recovery and development of difficult industries in the service industry. Among them, the policies applicable to the catering industry mainly include subsidies and support for regular nucleic acid testing of employees of catering enterprises, optimization of insurance services in the catering industry and other policies and measures; The policies applicable to the retail industry mainly include the use of service industry development funds to support the construction of County commercial system and improve the backbone network of agricultural products circulation. (National Development and Reform Commission)

Yesterday, meituan’s share price once fell by more than 17% at most, as low as HK $182, a new low for more than a year and a half, and finally fell 14.9% to HK $188. According to the statistics of Forbes real-time rich list, Wang Xing’s wealth shrank by US $2.3 billion (about HK $18 billion) yesterday, and his one-day wealth fell 13% to US $15 billion, falling to No. 24 on China’s rich list. The national development and Reform Commission said in a document yesterday that Internet platform enterprises should be guided to give phased preferential service fees to catering enterprises in county-level administrative regions where areas at medium and high risk of the epidemic are located.)

The person in charge of a regular tea brand said that during the period when the brand party applied for the registration of catering service trademarks, the opening speed of Shanzhai stores was much faster than that of genuine stores. At the most exaggerated time, there were only 114 Direct stores and more than 7000 fake stores in China. After obtaining the trademark, we will crack down on counterfeiting and dismantle signboards. The economic cost has reached about 100 million. (CCTV Finance)

This month, meta, Facebook’s parent company, suffered the worst monthly stock price decline in history. The company’s market value has shrunk by $513 billion from its peak, and meta has also fallen out of the top 10 listed companies in the world. (Netease Technology)