Coca Cola, which has always been able to play, has a big brain hole again!

It is worth noting that this new global creative platform and the first new product of Coca Cola will also be launched in the Chinese market.

Yesterday, xiaoshidai participated in the company’s global “cloud conference” and learned that Oana Vlad, senior director of global strategy of Coca Cola company, elaborated on the cool playing methods and creative stories behind the products. Vlad also revealed when replying to xiaoshidai’s questions that this new product is only the beginning, This year, the “Le Chuang unbounded” platform will launch more creative new products one after another, and the Chinese market will also be listed simultaneously. 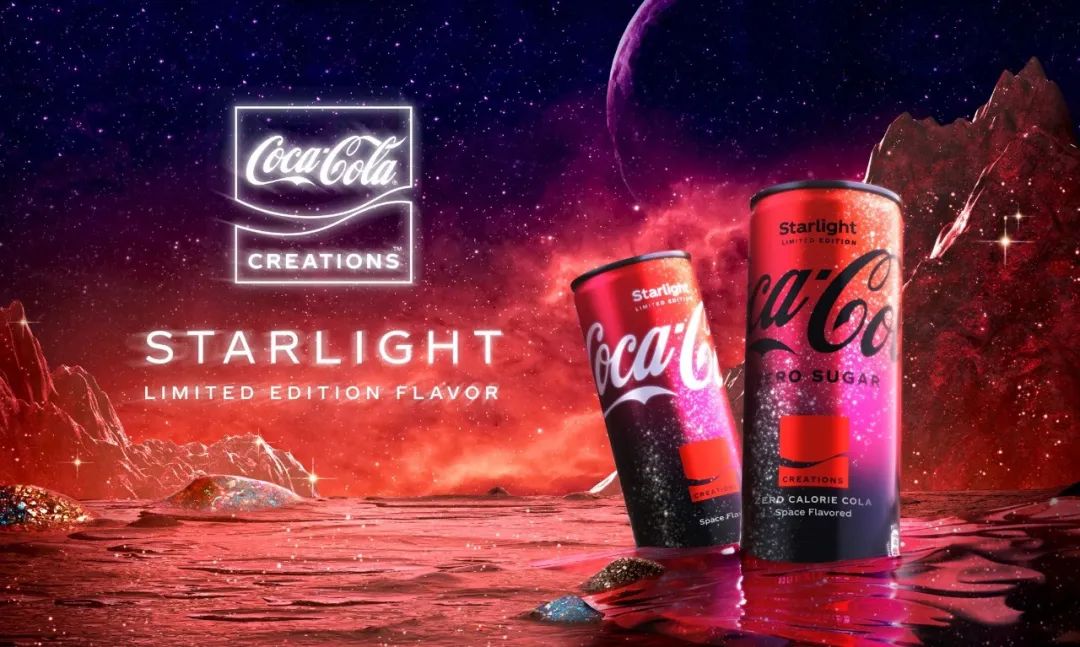 This means that at the level of product innovation, this more abstract new concept is gradually transformed into specific products that are easier for consumers to perceive.

Xiaoshidai noted that the company pointed out in a circular that “lechuang boundless” will innovate for the flagship brand Coca Cola and give the iconic “Coca Cola” a new way of expression and meaning driven by cooperation, creativity and cultural connection. “Through the successive release of restricted products, Le Chuang unbounded will introduce new products and experiences in the physical and virtual world.” 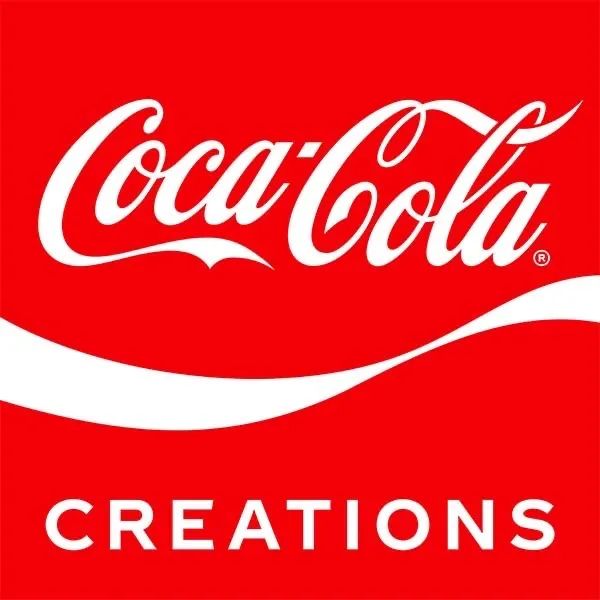 “For more than a century, Coca Cola has enjoyed a global reputation as a symbol of happiness and inspired generations. When we launched a new brand proposition last year, we wanted to establish close ties with young people and celebrate the experiences that brought them happiness, which brought us into an exciting new field.” Vlad indicates.

She described at the press conference that letron unbounded platform is a “new brand expression”, which aims to bring surprise and joy to global consumers and let everyone participate through “magical, wonderful and unexpected tastes, moments and co creation”.

It is worth noting that based on the new platform, Coca Cola’s new product development practice has also become different.

“(taking the R & D of the first product as an example), we have formed a global team, including experts and leaders in the fields of creativity, marketing, technology and design. All of us work together to break boundaries, explore unknown fields and take some risks in order to create novelty.” Joshua schwarber, senior director of interaction and experience design of Coca Cola, said at the press conference.

Occupying position C is the beverage product innovation team. “Because we all know that for all new products, the first thing we need to do is to unlock the (New) flavor, and then we will build a greater creative experience around this.” So the team is free to explore, imagine and experiment to “really make some novel and possibly crazy flavors, but still maintain the great taste of Coca Cola,” he said.

The first product launched after the birth of this new creative platform is Coca Cola’s “Star River Walk”.

Xiaoshidai learned that from February 21, 2022, “Xinghe stroll” will take the lead in selling the original flavor and sugar free version in North America within a limited time, followed by the Chinese market. It is expected to officially start selling the sugar free version in March 2022 until it is sold out. At that time, Chinese consumers can buy from large supermarkets, convenience stores, e-commerce and other channels. 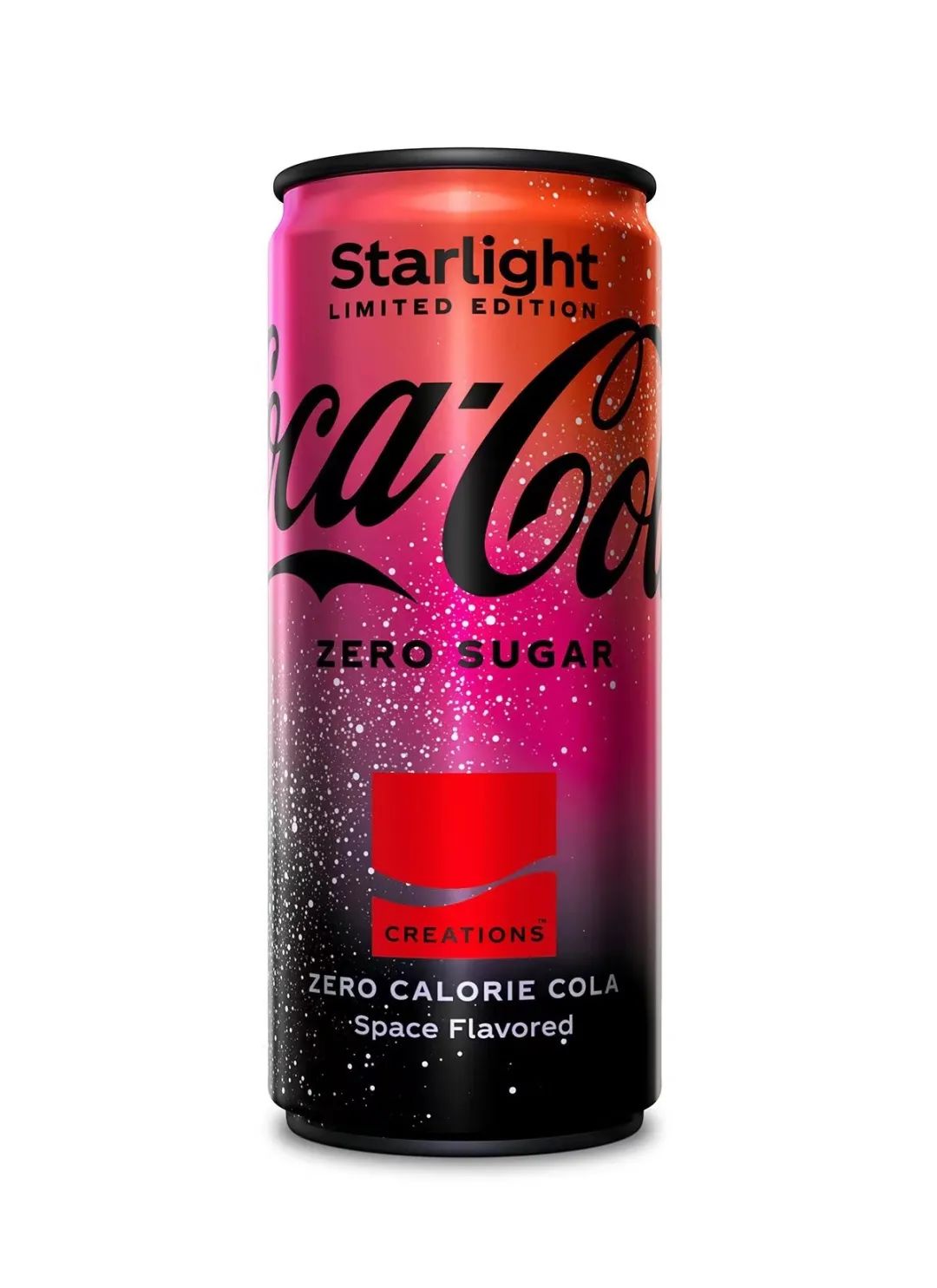 Coca Cola said that this limited edition new product is inspired by space. Its beautiful vision is: “in a world full of infinite possibilities, somewhere in our universe, there may be another Coca Cola and another way to connect each other.”

When talking about new product inspiration, Vlad said that it began with a very important question, that is, how does Coca Cola provide a magical flavor that has never been tried before?

“For example, what will outer space taste like? The reality is that no one really knows, but it’s a great starting point.” She said that every product developed by letron unbounded platform will start from the pursuit of imagination and fantasy, but at the same time, each product will be a typical Coca Cola because it continues the brand spirit.

“As early as 35 years ago, Coca Cola cooperated with NASA. It is one of the few first beverage brands to enter space, and our enthusiasm for space continues to this day.” Vlad said. At the press conference, she also showed the special device of “space Coca Cola” that year. 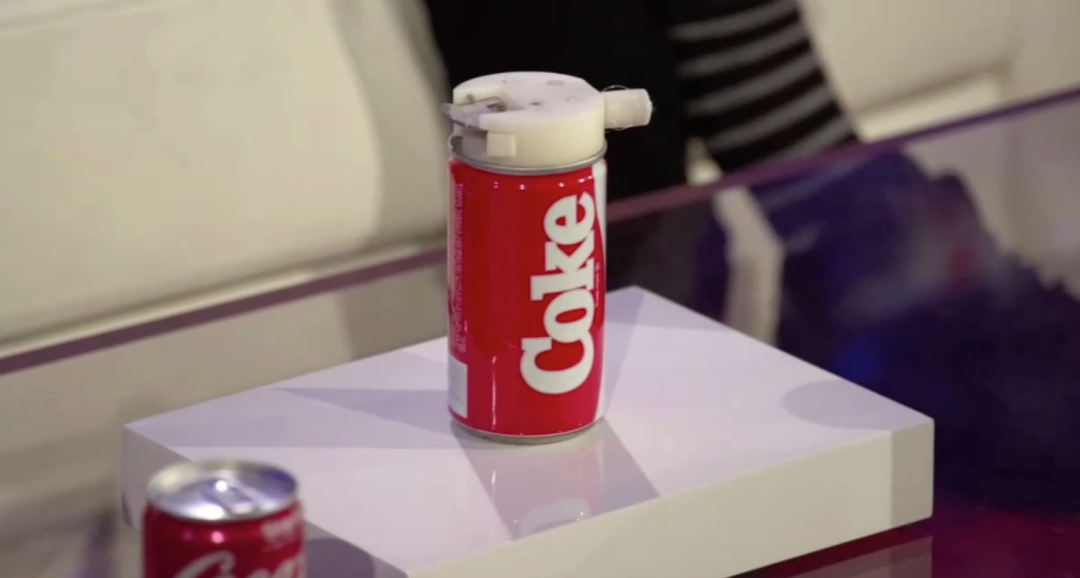 She said that Coca Cola’s “Star River Walk” hopes to pay tribute to mankind’s extraordinary ability to explore space, so as to inspire generations of young people to constantly discover a new world full of infinite possibilities. “We hope that through this product, you can trigger your curiosity and love for distant stars with a sip.”

Specifically, schwarber pointed out that Coca Cola’s “Star River Walk” mainly achieves this through three aspects. “The first is the taste. On the basis of the classic coke taste, it adds some unexpected elements. The smooth taste reminds people of the cold interstellar journey, which is like walking in the vast universe.” He said.

The second is the color, including gradual purplish red, star hollowed out ornaments and so on, “it’s like sitting around a warm campfire and looking up at the bright star river in the sky.” He said that the inspiration and color of starlight gradient come from star clusters and nebulae. Finally, it provides novel experiences, including AR (augmented reality) immersive experience.

At the press conference, Coca Cola demonstrated this idea. The “Star River Walk” can body is transformed into an anti gravity translucent space station. Surrounded by purplish red liquid and gradient lights, Max will present an AR holographic personal concert and bring her many global hit singles, including “Kings & Queens”, “sweet but Psycho” and “everytime I cry”. 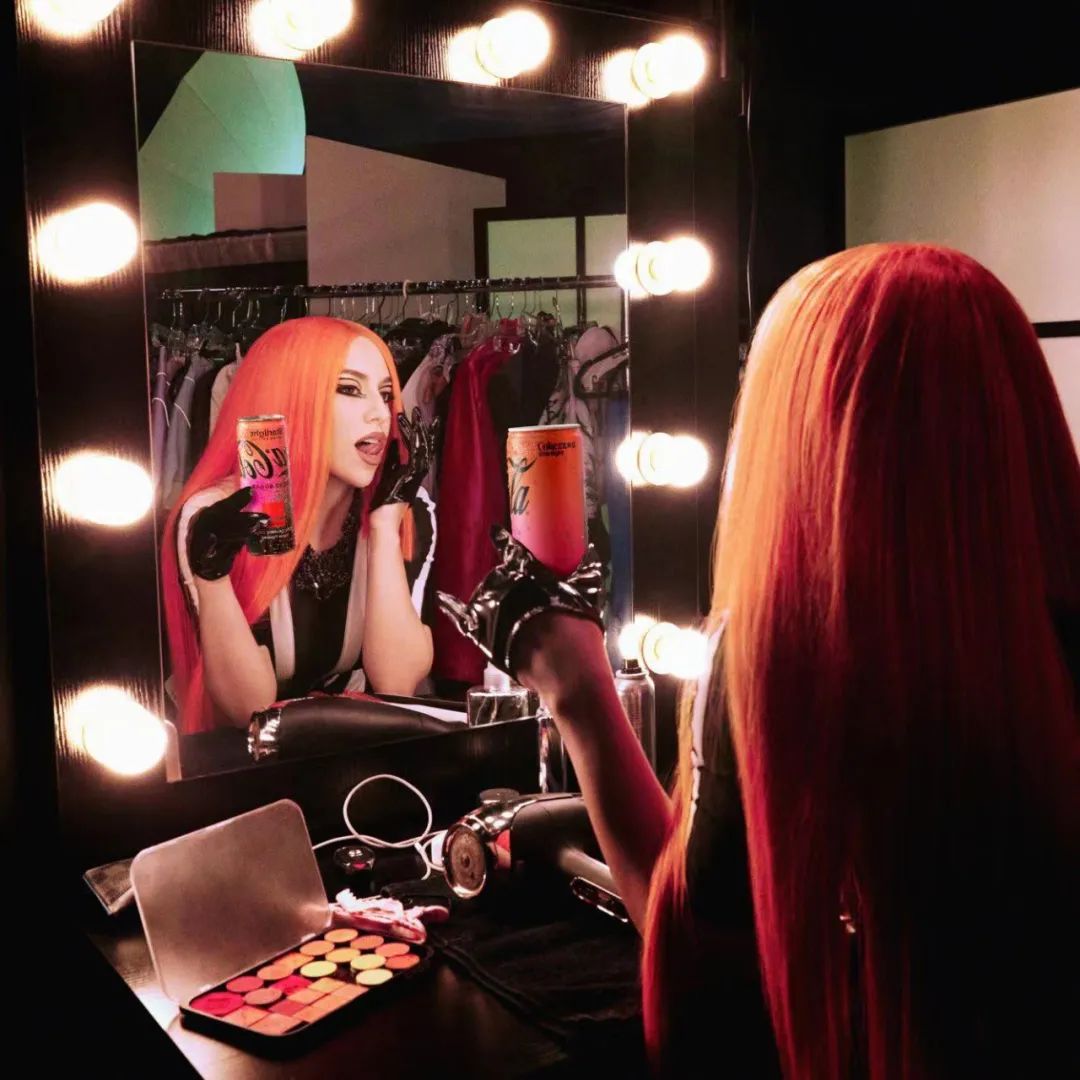 Xiaoshidai noticed that in the subsequent Q & a session, the company was asked whether this meant its entry into the meta universe. “In fact, this is not our first step in the metauniverse. Last year, we first set foot in the metauniverse, launched our first NFT work, and we cooperated with decentraland (Note: decentraland is a distributed shared virtual reality platform supported by Ethereum blockchain).” Vlad said.

“But we are very excited about the next step (what the star river walk is doing now) because we believe that working with AVA to provide a truly unique ar experience allows us to continue experimenting and learning in virtual space.” She said.

This series of AR’s “meta universe” playing methods and joint cooperation will be landing in the Chinese market, but the form may be slightly different and more “local atmosphere”.

“After this can scan tour with AVA, it will also bring you an immersive experience with AVA in China.” Vlad said in reply to the snack generation’s question yesterday, “but in addition, we have some very exciting plans in China. For example, we will release some very special high-end gift boxes for e-commerce platforms.”

She also said that global joint ventures such as stable and private policy will also enter the Chinese market. In addition, in the Chinese market, Coca Cola’s “Star River Walk” will also carry out cross-border cooperation with IP in different young trend circles, including pop mart, a trend culture and entertainment brand, orange beauty, a domestic beauty brand, and Merlot clothing.

“Obviously, the limited edition means that the Star River does not exist on earth for a long time, probably no more than six months.” Vlad said that the products launched by letron unbounded platform may only be on the market for a few weeks or months. “We use the production lines of our bottling partners around the world to bring our products to the market.”

“In the next time of this year, we will launch more new products through Le Chuang unbounded platform, and more new products will definitely enter the Chinese market.” She said that after the first product was inspired by space, “we may set foot in some other fields later this year, but now we have to keep it a secret and hope to surprise you.”