After the success of the “destocking” campaign, the growth strategy formulated by A2 milk company (hereinafter referred to as A2) last year is achieving preliminary results in the Chinese market.

Today, the well-known dairy company in New Zealand released the results of the mid-term of fiscal year 2022 (i.e. June December 2021), and said that it was “in line with expectations”, and the growth strategy has initially worked. Xiaoshidai noted that in the Chinese market, the sales volume of A2 Chinese label (hereinafter referred to as the bid winner) infant milk powder has increased significantly in the second quarter after experiencing the performance pressure caused by destocking in the first quarter of the fiscal year.

“The actions we took last year to address the excess inventory of infant formula have proved to be effective. We are seeing significant improvements in channel inventory levels, market pricing and product freshness.” David bortolussi, general manager and CEO of A2 milk company, said today.

“The market share of our bid winning products continues to increase, with strong consumer purchase and share growth in mother and baby stores and online business.” Bortolussi expressed confidence in the long-term development of China’s infant formula market. At the same time, A2 it is expected that the sales volume of the bid winning infant milk powder will increase significantly in the second half of fiscal year 2022 compared with the first half of fiscal year. 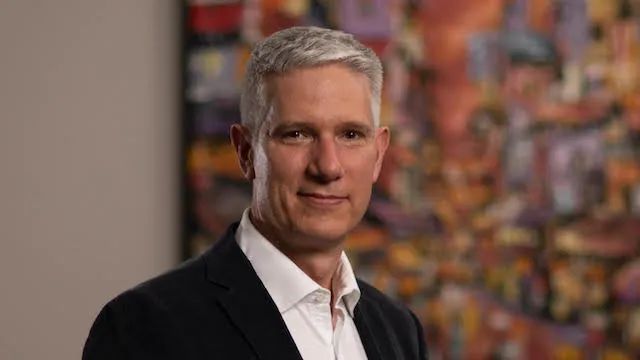 David bortolussi, general manager and CEO of A2 milk company

Stock up to standard

It is worth noting that A2 since last year, the drastic “de Stocking” operation has been officially completed.

Xiaoshidai noted that A2 pointed out today that the inventory management measures taken by the company in the fourth quarter of last fiscal year and the first quarter of this fiscal year achieved the expected results, and the channel inventory fell to the target level. “We have completed the action of replacing dealer inventory with fresher inventory,” A2 said. The channel inventory of the winning products reached the target level in the second quarter of fiscal 2022, which significantly improved the freshness of products at the consumer level. 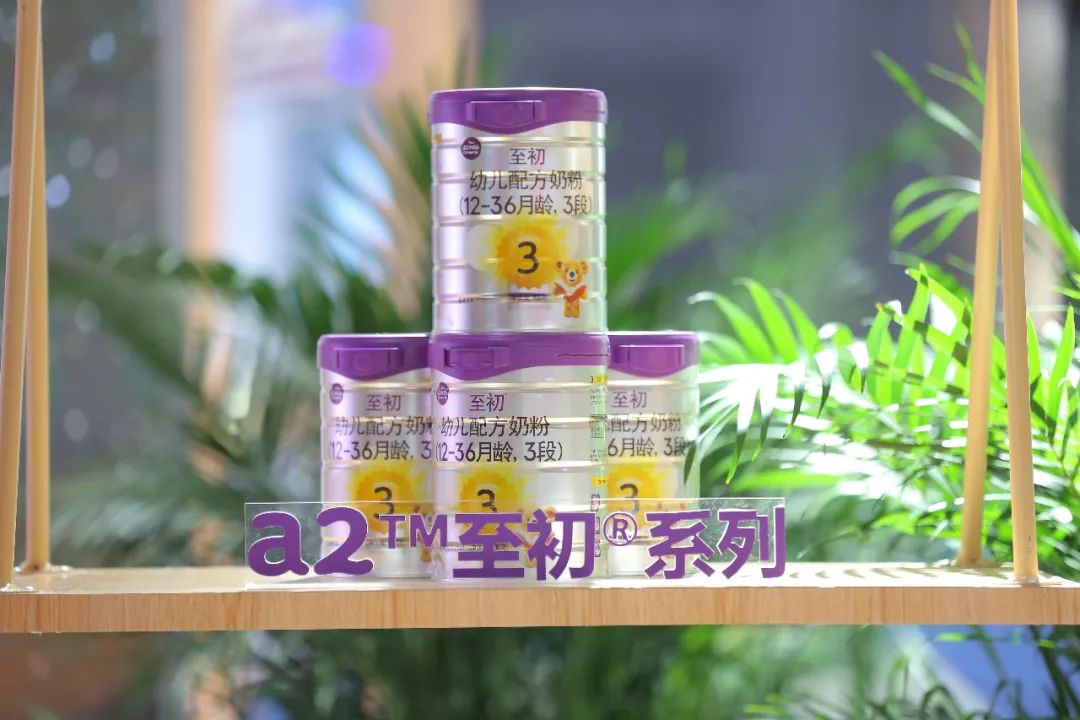 According to the financial report, in the first half of fiscal year 2022, the sales of infant milk powder from the bid winning A2 to the beginning of the year was 188.7 million New Zealand dollars (about 803.22 million yuan), a year-on-year decrease of 11.4%. This was mainly due to A2 limiting shipments to dealers in the first quarter of the fiscal year to improve channel inventory levels. 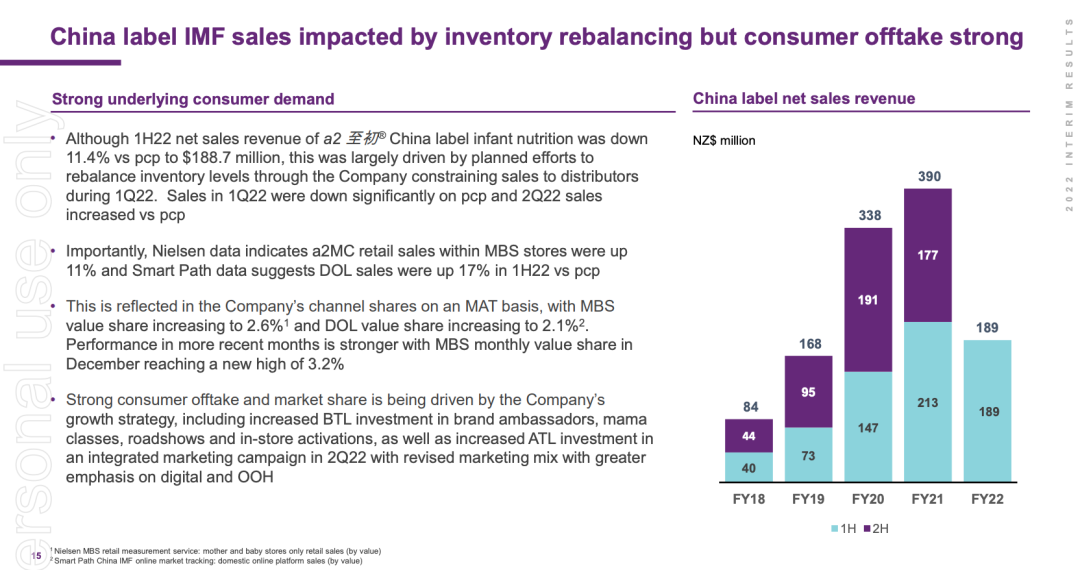 A2 said that although the revenue in the first quarter decreased year-on-year due to the impact of limited shipments, the product sales of mother and baby stores and online channels to consumers showed a “double-digit growth” in the second quarter of this fiscal year, and the market share in China continued to rise month on month. “This reflects the good growth momentum of dynamic sales of A2 products.” The company said.

It is worth noting that this also makes A2 to chucheng one of the few international brands that can improve market share in the Chinese market.

In recent years, driven by the growth of local brand strength and the shift from cross-border channels to domestic channels, local milk powder brands are continuing to erode the market share of traditional multinational brands, especially Feihe, JUNLEBAO and Yili.

Xiaoshidai noticed that from A2 to the beginning, both offline and online market shares were rising.

According to the financial report, according to Nielsen’s data, in the first half of fiscal year 2022, the total retail sales of mother and baby stores in China decreased by 1%, while the retail sales from A2 to the beginning of fiscal year increased by 11% year-on-year, and the market share in this channel increased to 2.6%. The performance has been stronger in recent months. From October to December 2021, the market share of this channel increased to 3.1%, and reached a record high of 3.2% in December. 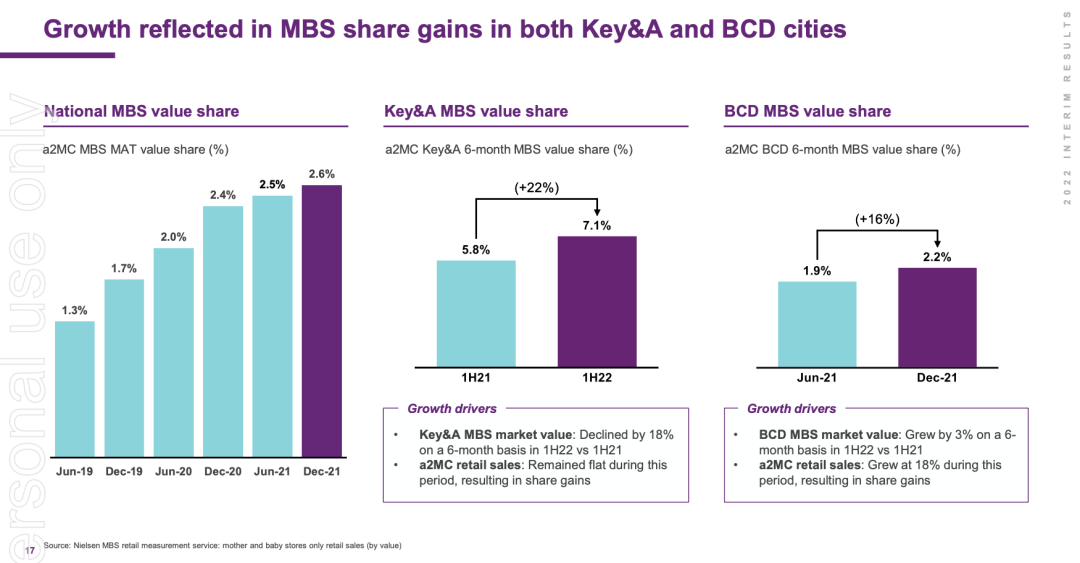 A2 to the beginning of the year, the market share in mother and baby stores increased

“Among China’s record market share, the growth rate of segment 1 and 2 products with concentrated new users and segment 4 products penetrating the big children’s market is significantly higher. Such a market share growth structure ensures the potential for sustained growth.” A2 indicates.

In addition to mother and baby stores, the company is also working on KA channels. “The national Ka channel has always been an important growth driver. We continue to focus on occupying market share in this channel, seeking growth opportunities in national and local Ka with low penetration rate, and expanding the penetration rate in second, third and fourth tier cities.” A2 said that thanks to these measures, the company increased its share in one to four cities in the first half of the year. 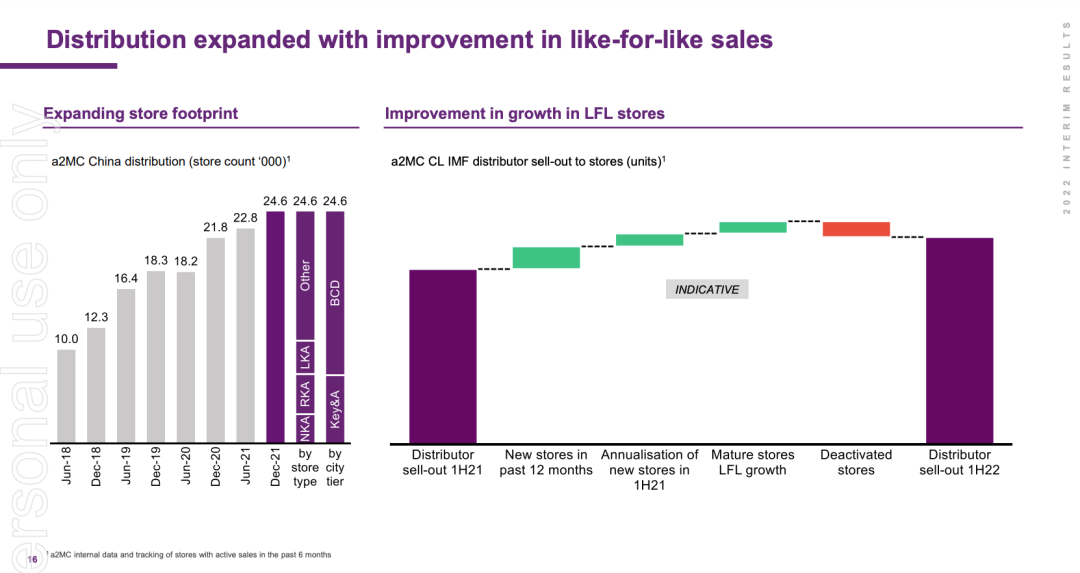 A2 increase in the number of distribution stores in China 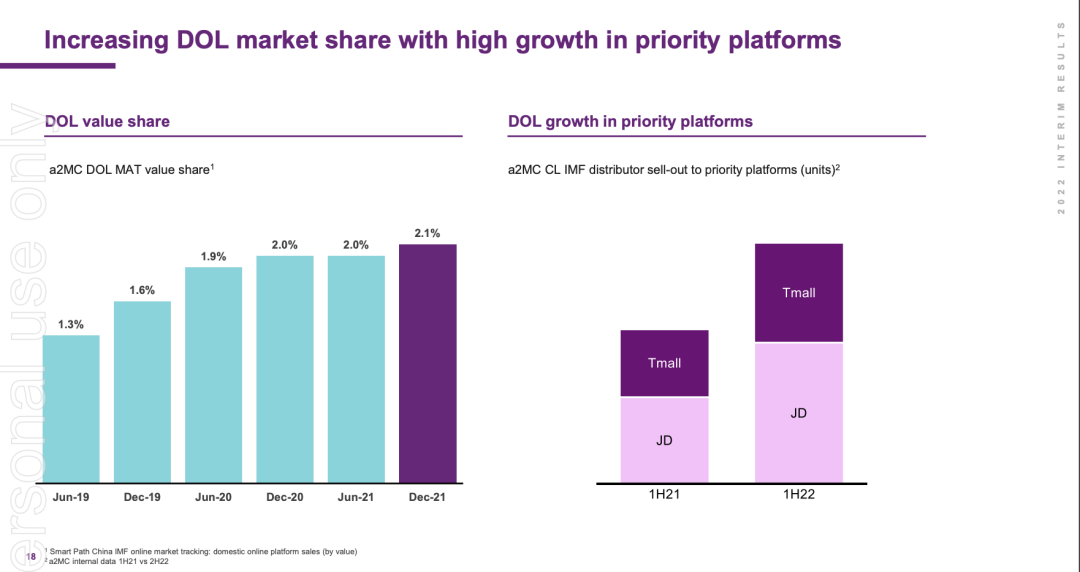 A2 to the beginning of the year, the market share of online channels in mother and baby stores increased

In terms of cross-border e-commerce business, A2 pointed out that in the first half of fiscal year 2022, the income of infant milk powder products with English and other labels was NZ $102.4 million, a year-on-year decrease of 1.1%. This reflects the year-on-year reduction in price discounts during China’s “double 11” online sales and the suspension of cross-border sales in Hong Kong due to the epidemic.

“Therefore, as expected, the sales of English label products (hereinafter referred to as British Standard) during the double 11 period decreased compared with last year, but with the improvement of market pricing of cross-border e-commerce platforms and dealer channels, the efficiency and health of the overall channel have been improved. Nevertheless, the company’s platform ranking can still be maintained or improved.” A2 indicates. 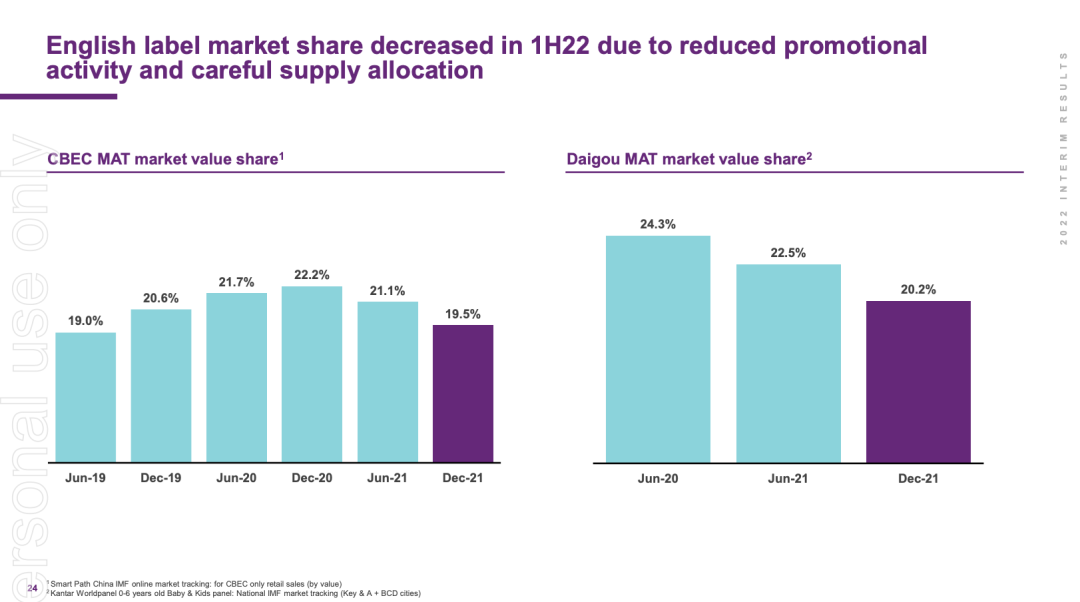 Like other infant milk powder brands, A2 is also facing drastic changes in the general environment in China.

A2 said in its financial report today that, as pointed out in its previous announcements in May and August 2021, China’s infant milk powder market is changing rapidly and continues to be affected by China’s low birth rate. According to the data of the National Bureau of statistics, the number of births decreased by 11.5% to 10.6 million in 2021, after a decrease of 18.1% in 2020.

According to the survey data of Kantar worldpanel, in terms of quantity, in the first half of fiscal year 2022 (i.e. June December 2021), China’s overall infant milk powder market decreased by 5.0%, mainly due to the decline of birth rate, which affected the products in sections 1-3, but partially offset by the strong growth in Section 4. 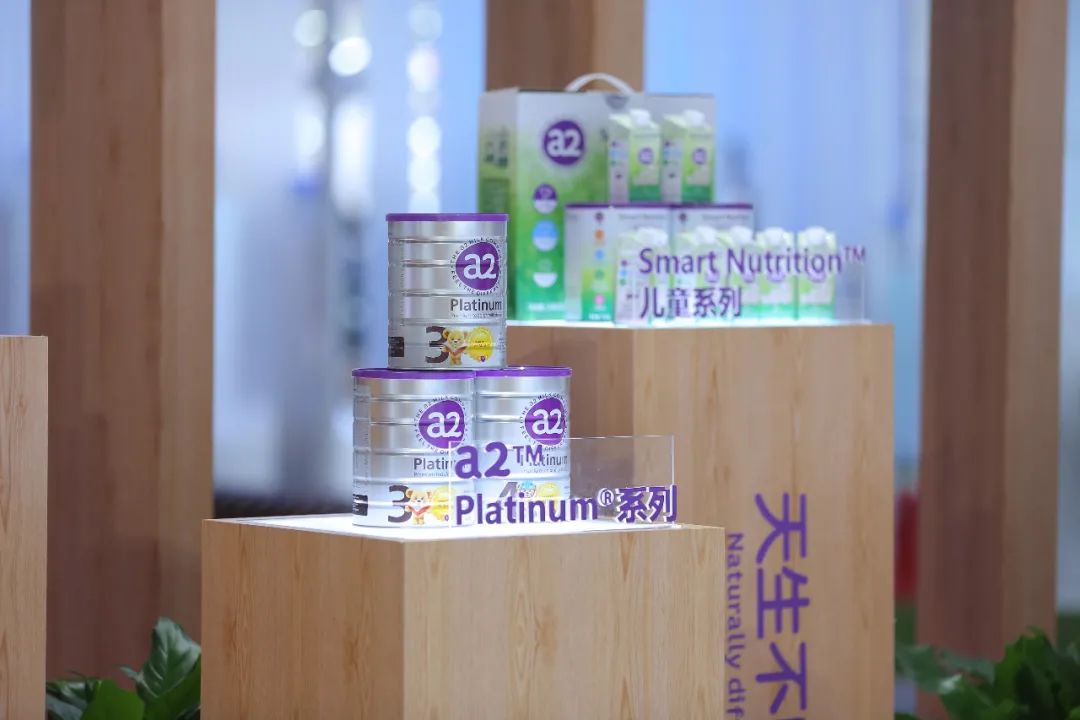 In terms of value, although the market performance varies according to channels and market segments, on the whole, due to the reduction of births, the increase of competition intensity and the impact of promotional activities on average pricing, the total retail sales in the overall market also decreased by 3.3% in the first half of fiscal 2022, which was partially offset by factors such as continuous high-end.

After “focusing” on China’s performance, we might as well look at the overall performance of A2.

“Revenue in the first half of fiscal year 22 was affected by a variety of factors, including China’s low birth rate and rapidly changing market dynamics; it also reflects the strategic action taken by the company to rebalance the channel inventory of winning infant formula.” A2 pointed out in the financial report.

In addition, in the first half of fiscal year 2022, A2’s EBITDA (profit before interest, tax, depreciation and amortization) decreased by 45.3% to NZ $97.6 million. This reflects lower revenue and gross margin, as well as a 37.3% year-on-year increase in marketing investment. Net profit after tax, including non controlling interests, was NZ $56.1 million, a year-on-year decrease of 53.3%.

A2’s whole milk strategy continued to make progress. The sales of liquid milk in China and other Asian markets increased by 50.3%, and the revenue of other nutrients increased by 69.2%. “This reflects more growth opportunities in related products, including UHT products launched in China.” The company said. 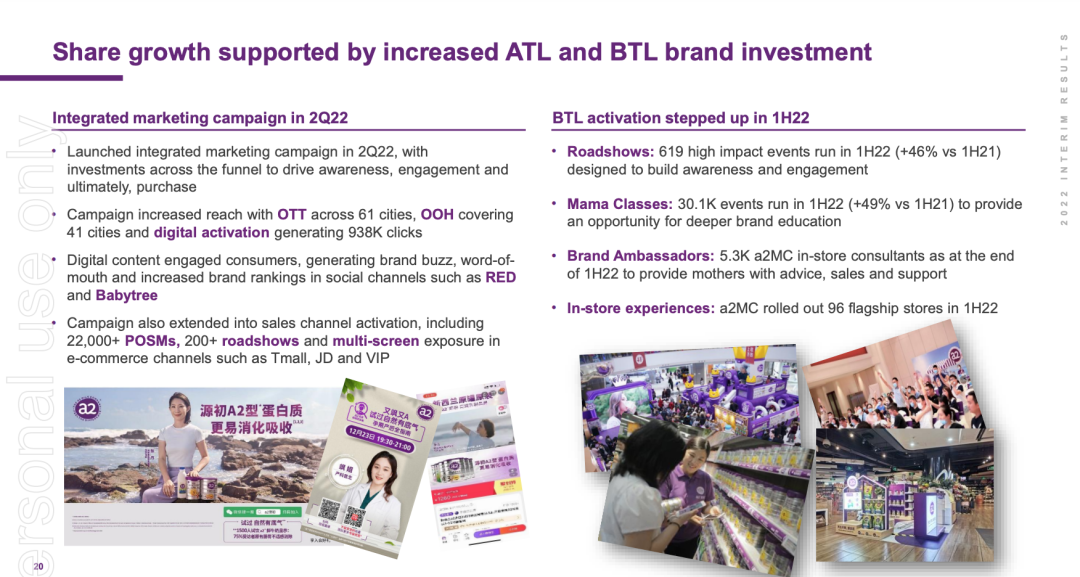 Xiaoshidai noted that when talking about the latest progress of its growth strategy proposed last year, A2 mentioned that it is investing in expanding organizational capacity, “especially in China, focusing on brand marketing (especially digital marketing) and e-commerce, aiming at online, cross-border and o2o growth opportunities.”

In addition, A2 mentioned that it has invested in accelerating the development of new products of British standard and bid winning infant nutrition products, and has submitted the re registration documents of bid winning infant formula at all stages to the State Administration of market supervision.

“Our performance in the first half of the fiscal year met expectations, putting the company in a strong position to continue to implement the strategy and achieve revenue growth in fiscal 2022.” Bortolussi said today.

However, as the company is significantly increasing its investment in brand and other aspects according to its growth strategy, A2 it is not expected that this increase in revenue will translate into higher revenue. A2 said the company continued to invest in brands to boost consumer demand. In addition, it also pointed out that the impact of the epidemic on the supply chain has increased, which is one of the main risks in the second half of the fiscal year.

Some products of A2

As for the Chinese market, A2 said that it is optimistic about the long-term development of the Chinese market, and will continue to increase brand construction, marketing investment, organizational structure preparation and talent investment in Greater China, strengthen product research and development, and accelerate the listing of new products.

Bortolussi mentioned today that although the sales of British standard products decreased in the first half of the fiscal year, the momentum of purchasing channels “improved”. However, A2 also gave up the hope that the once lucrative purchasing channel would return to its heyday. “We expect it to recover by half, but it will not return to the level before the epidemic.”

Pay attention to “xiaoshidai” (wechat: foodinc) “and reply to” A2 “to see the wonderful news.