Several food companies respond to the situation in Ukraine

On Wednesday evening local time, Dirk Van de put, CEO of Yizi international, said that if the tension becomes “too dangerous”, the company will close its factories in Ukraine. As a preventive measure, Yizi has also recently strengthened network information security. Carlsberg has closed its brewery in western Ukraine after the natural gas supply was cut off, a Carlsberg spokesman said today. Coca Cola’s bottler spokesman in Ukraine said today that the factory had been closed. Nestle said today that its business in Ukraine is going on as usual, but it is paying close attention to the situation and formulating plans to ensure the continued supply of products to consumers. Nestle has three factories and about 5000 employees in Ukraine. (Reuters)

Today, Xi tea announced the completion of the comprehensive product price adjustment carried out since January this year. It will no longer launch new drinks of more than 29 yuan this year, and promised that the price of existing products will not rise this year. After the price adjustment, in addition to limited products in individual cities, surrounding areas, and a small number of products in lab stores and handmade stores, the product prices of mainstream stores of Xi tea have been comprehensively lower than 30 yuan, and the price is between 15 yuan and 25 yuan, and the products have accounted for more than 60% of all products of Xi tea. (issued by the company)

JDB issued a statement clarifying the “resumption of implementation” information

Yesterday, JDB issued a statement to clarify the online information about the resumption of the implementation of 34 million yuan advertising contract between JDB and its two companies. The statement said that the contract case related to JDB and Shanyuan advertising had been terminated on January 29, 2022. At present, JDB and Shanyuan advertising have sent a letter to Beijing Daqing District People’s court to clarify the so-called “resumption of implementation” information. (issued by the company)

After taking shares for more than one year, Yuanqi forest withdrew from the ranks of Mountain Ghost catering shareholders

Tianyancha app shows that recently, Shangui (Beijing) Catering Management Co., Ltd. has undergone a number of industrial and commercial changes. Yuanqi forest (Beijing) Food Technology Group Co., Ltd., which took shares at the end of 2020, withdrew from the ranks of shareholders, and the registered capital of the company was reduced to 112000 yuan. (36 krypton)

Recently, COFCO Coca Cola (Jinan) Co., Ltd. is in the process of phase IV plant expansion project in Mingshui economic and Technological Development Zone. After the project is put into operation, the total storage and transportation capacity will reach 6.06 million TEUs, and the daily shipping capacity will be increased to 1 million TEUs. (Management Committee of Mingshui economic and Technological Development Zone)

Wei Lihua, chairman and President of JUNLEBAO dairy group, said recently that last year, JUNLEBAO dairy Innovation Research Institute, with a total investment of 500 million yuan, has been put into use and will carry out scientific and technological research and development throughout the industrial chain, from forage planting, cow genetics and breeding, dairy technology innovation to new product development. Benefiting from the additional deduction policy of R & D expenses, the company enjoys tax relief of 16.32 million yuan. (State Administration of Taxation, Hebei Taxation Bureau)

Zhangzi Island recently announced that recently, the company received a notice from the controlling shareholder Zhangzi Island Investment and development center of Changhai County and learned that its 109.96 million shares of the company (accounting for 15.4631% of the total share capital of the company) will be publicly auctioned on the online judicial auction platform of Beijing property exchange from 10:00 on March 25, 2022 to 10:00 on March 26, 2022 (except for delay). The auction may lead to passive reduction of shareholders’ holdings. (Securities Times)

Henan Yangshao Marketing Co., Ltd. recently issued a notice on the price adjustment of people and products in Yangshao Painted Pottery Workshop. According to the notice, from March 1, 2022, Yangshao caitaofang people and a full range of products (various market sales versions and five-star people and / or people’s rhyme products) will be increased by 10 yuan per bottle on the basis of the original ticket price. (Financial Associated Press)

Jixiang wonton, a chain operation enterprise mainly engaged in “Shanghai big wonton” and other traditional wonton categories, recently announced that it had completed an investment of nearly 100 million yuan, which was exclusively invested by tomato capital focusing on catering. This round of financing is mainly used to strengthen the supply chain construction of auspicious wonton, so as to create an efficient, cost-effective and flexible extreme supply chain. (I knew it early)

Moodles completes pre-A round of financing

Moodles, a food technology company, has recently completed a pre-A round of financing of tens of millions of yuan. This round is led by GGV capital, and all of its old shareholders, scenery capital and Renshan capital, follow up. The latest round of financing is expected to be used for the construction of flexible production intelligent manufacturing plant, which is expected to be officially put into operation in May this year. (36 krypton)

Three Danone executives will be nominated as new independent directors

Today, great John released its fourth quarter results. Its profits and revenue were higher than expected, and its gross profit margin still improved under the challenges of the labor and commodity markets. In the quarter, the company’s revenue increased by 12.6% to US $528.9 million, of which the same store sales in North America increased by 11.1% and the international sales increased by 2.4%; Total costs and expenses increased by 9.0% to $490.7 million. The company did not provide financial guidance for 2022 on the grounds that the epidemic has brought continuous uncertainty. The company’s share price has fallen 20.4% in the past three months. (Dow Jones)

Clayton Utz has confirmed its position as legal adviser to Suntory beverage & Food Co., Ltd. (SBF), a global beverage company, which sold its fresh coffee business in Australia, New Zealand and Singapore to Japanese coffee giant UCC Holdings Limited. The total amount of the transaction is about US $229 million (about 1.45 billion yuan), including debt. （AUSTRALASIAN Lawyer）

KKR, a global investment company, has signed an agreement to acquire a majority stake in refreshco group, a European soft drink bottle blower, for an undisclosed amount. （FoodBev）

South Korean media recently reported that Seoul food, a well-known kimchi manufacturer in South Korea, was exposed to using rotten cabbage and white radish to make kimchi. The company said on the 23rd: “immediately close the factory involved and have begun to investigate the reasons.” (World Wide Web)

In the verification of the determination ability of folic acid in infant formula milk powder, the assessment sample is the infant formula milk powder customized according to the wet process. The dual concentration sample is used for assessment, and the assessment parameter is folic acid. A total of 107 inspection and testing institutions participated in the project. Among them, 101 were qualified and 6 were unqualified. 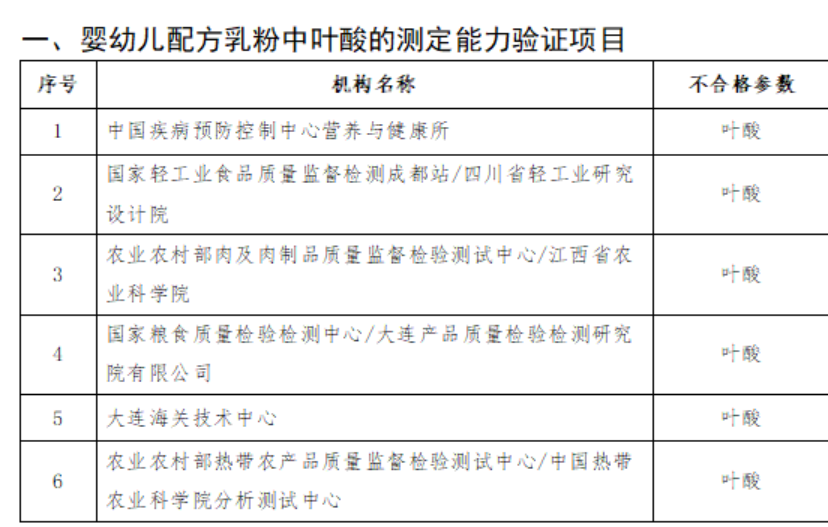 The income from online takeout accounts for about 21.4% of the income of the national catering industry

General Administration of Customs: allow the import of wheat throughout Russia

According to the relevant laws and regulations of China and the supplementary provisions of the protocol on plant quarantine requirements for Russian wheat exported to China between the General Administration of Customs of the people’s Republic of China and the Ministry of agriculture of the Russian Federation, the import of wheat throughout Russia is allowed. (General Administration of Customs)

Data show that there are 33900 cross-border e-commerce related enterprises in China. In 2021, 10900 new companies were added, with a year-on-year increase of 72.20%. From the perspective of regional distribution, Guangdong ranks first with 9291 cross-border e-commerce related enterprises, and Zhejiang and Shandong have 3836 and 3207 respectively, ranking in the top three. (World Wide Web)

Today, Alibaba’s pre us share price fell 8% after releasing the slowest quarterly growth since its listing in the US in 2014. (CNBC, Hong Kong Economic Daily)

Today, Tencent began the “net zero action” and promised to achieve comprehensive carbon neutrality of its own operation and supply chain no later than 2030. At the same time, 100% green power will be realized no later than 2030. (issued by the company)