Finally, coffee lovers in mainland China have another punch in point.

This morning, blue bottle coffee (hereinafter referred to as blue bottle), backed by Nestle, the world’s largest food company, officially opened its first store in mainland China – Shanghai Yutong store, which is also its 102nd store in the world. On the social platform, many netizens also sent pictures of long queues in front of the store. Some netizens even said it would take “five hours” to buy the coffee in the store. 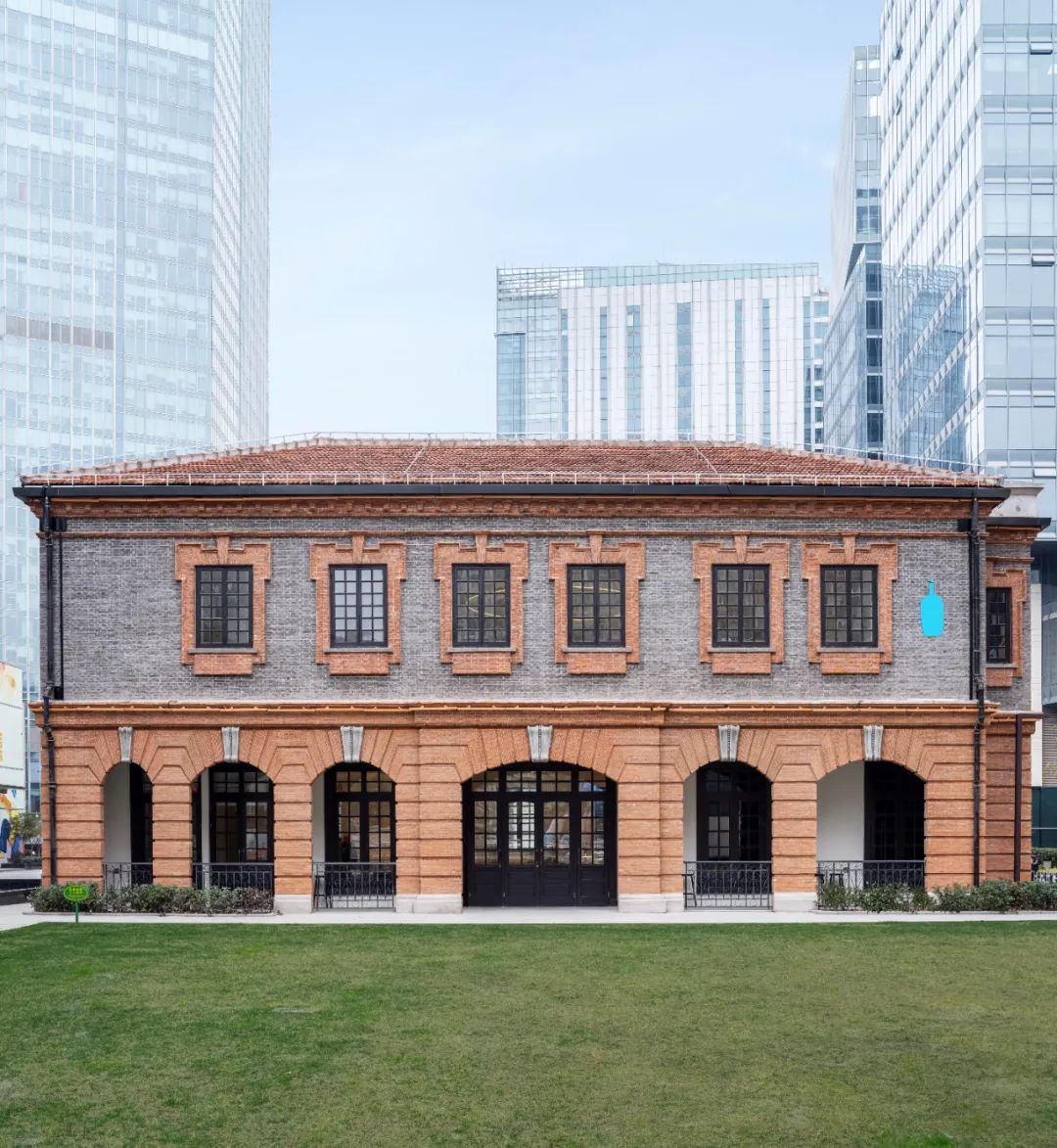 It is worth noting that today, Nestle China also “called” the first store of blue bottle in the mainland through official wechat. 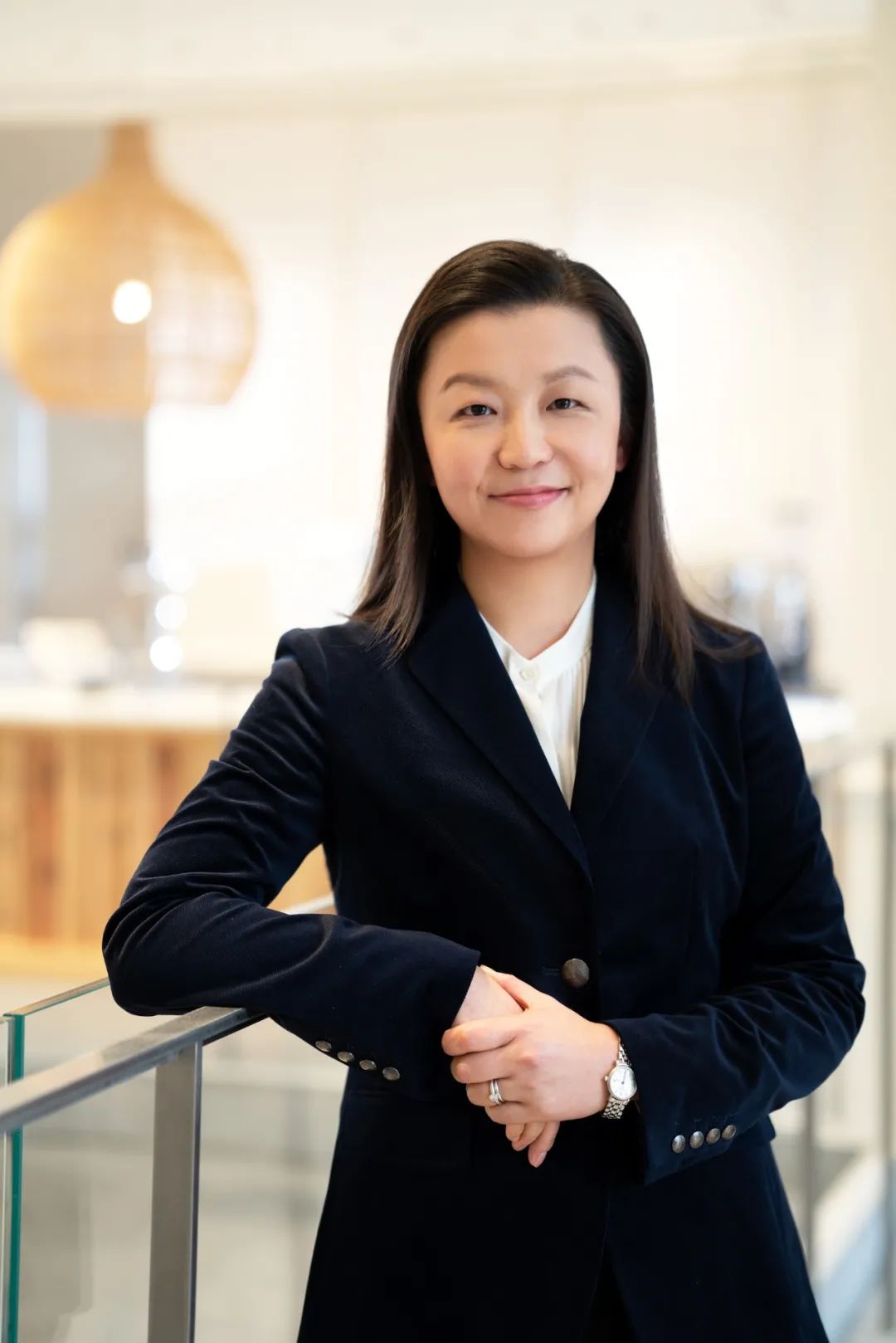 In addition, we also talked with Hu Jun about the behind the scenes story of preparing for the first store in the mainland, the opening plan, the coffee market pattern, etc.

First store in the mainland

As the first store of blue bottle in the mainland, Shanghai Yutong store is not opened in the rumored high-end business district, but aims at the communities and old buildings with a strong sense of history. This location logic is also reflected in many foreign blue bottle stores, such as the Qingcheng Baihe store in Japan transformed from the old warehouse.

Xiaoshidai learned that this two-story new store is located on the Bank of Suzhou River, known as “Shanghai mother river”. It was originally a red brick building with a history of nearly 100 years. After transformation, a prominent blue bottle logo was added on the outer wall before and after the store. 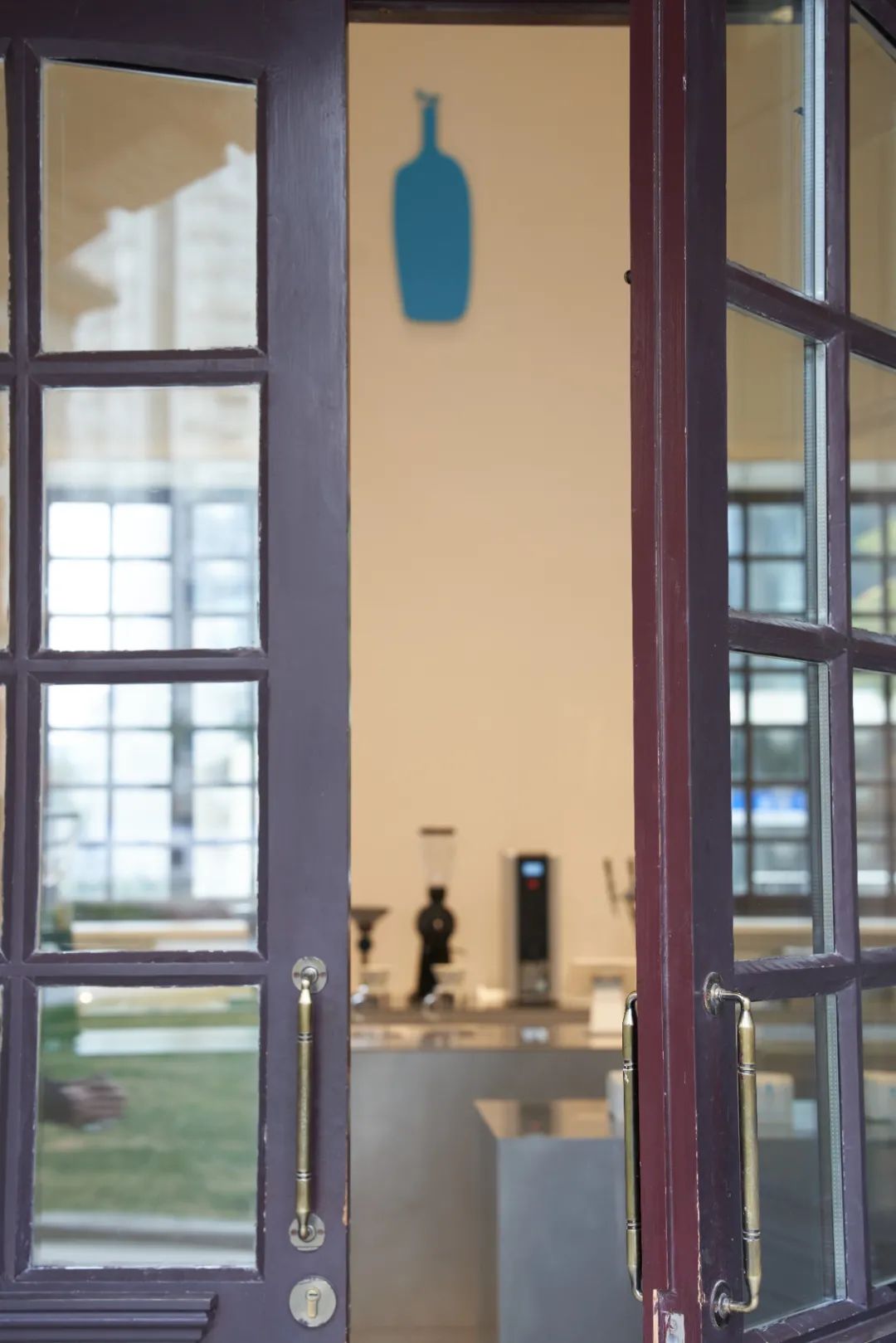 It is reported that the design of blue bottle’s first store in the mainland was carried out by Banchang architecture office, which was once responsible for blue bottle’s first stores in Tokyo, Seoul and Hong Kong, China. While retaining the traditional elements such as clear water brick wall nodes, lattice doors and windows, the interior was built into a simple wind space with white as the main tone.

Xiaoshidai saw at the scene that when he stepped into the door of the blue bottle, the first thing he saw was the iconic logo on the wall and the stainless steel bar. On both sides of the first floor, the blue bottle is also equipped with multiple seats and space for placing coffee beans, brand peripheral and other retail products. 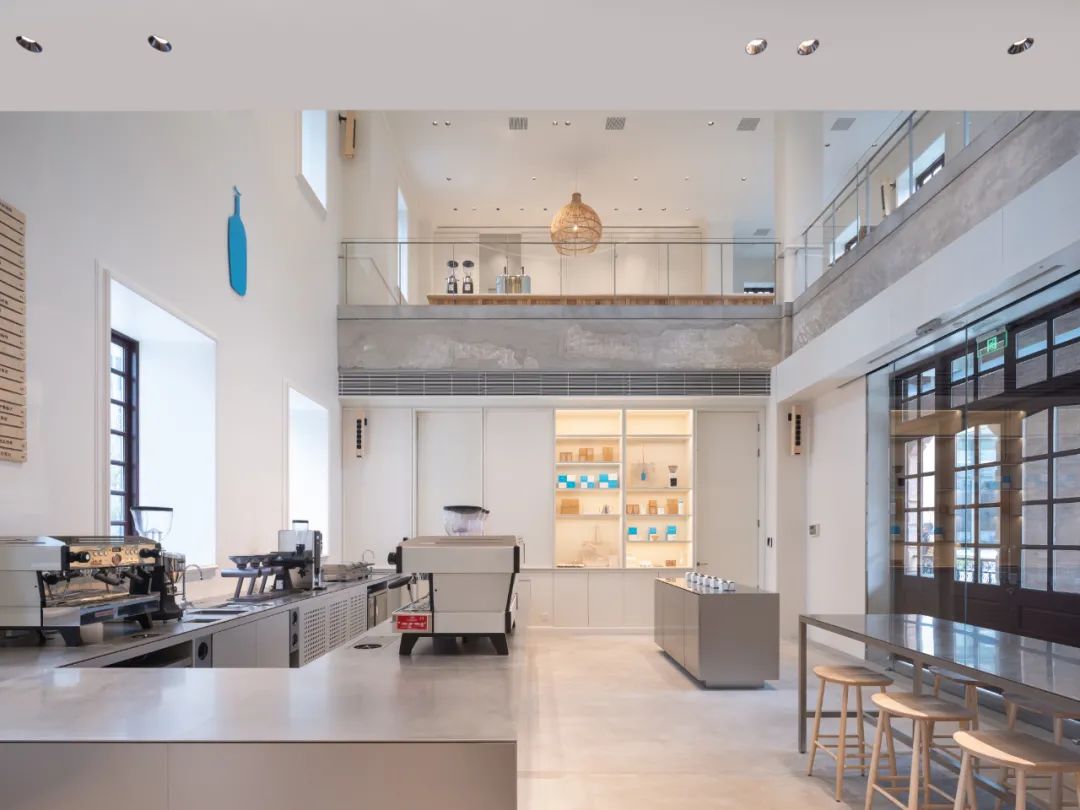 Different from the modern simple style on the first floor, the second floor creates a warm and nostalgic atmosphere through retro tables and chairs, natural light with multiple large windows, and log color bar made of recycled old door frames and window frames. Interestingly, in the seemingly simple layout, the blue bottle actually has a lot of “antique” objects.

in fact, the chairs on this floor are almost 60 years old, including some well-known chairs from Germany, Japan, the United States and Denmark. They are different combinations of chairs, giving everyone a relaxed atmosphere. “ 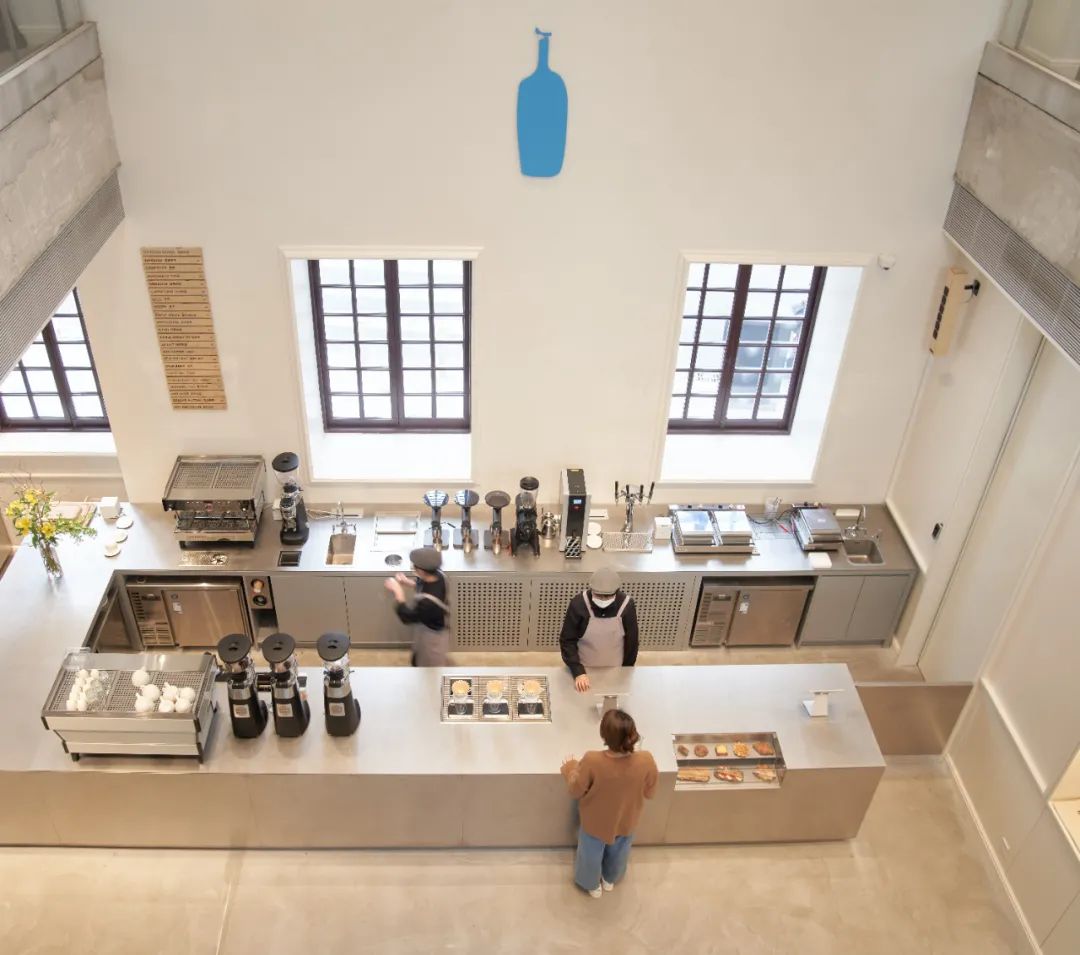 Another “treasure” on the second floor is the only 60 year old Faema espresso machine in the world.

The snack generation saw at the scene that, unlike the common automatic coffee machine, this machine needs to pull down the pull rod to complete the extraction. “We want to tell you that innovation can be new or old, and some classic things will never go out of date,” Hu said when showing the coffee machine, which has been new for a long time and can still operate smoothly 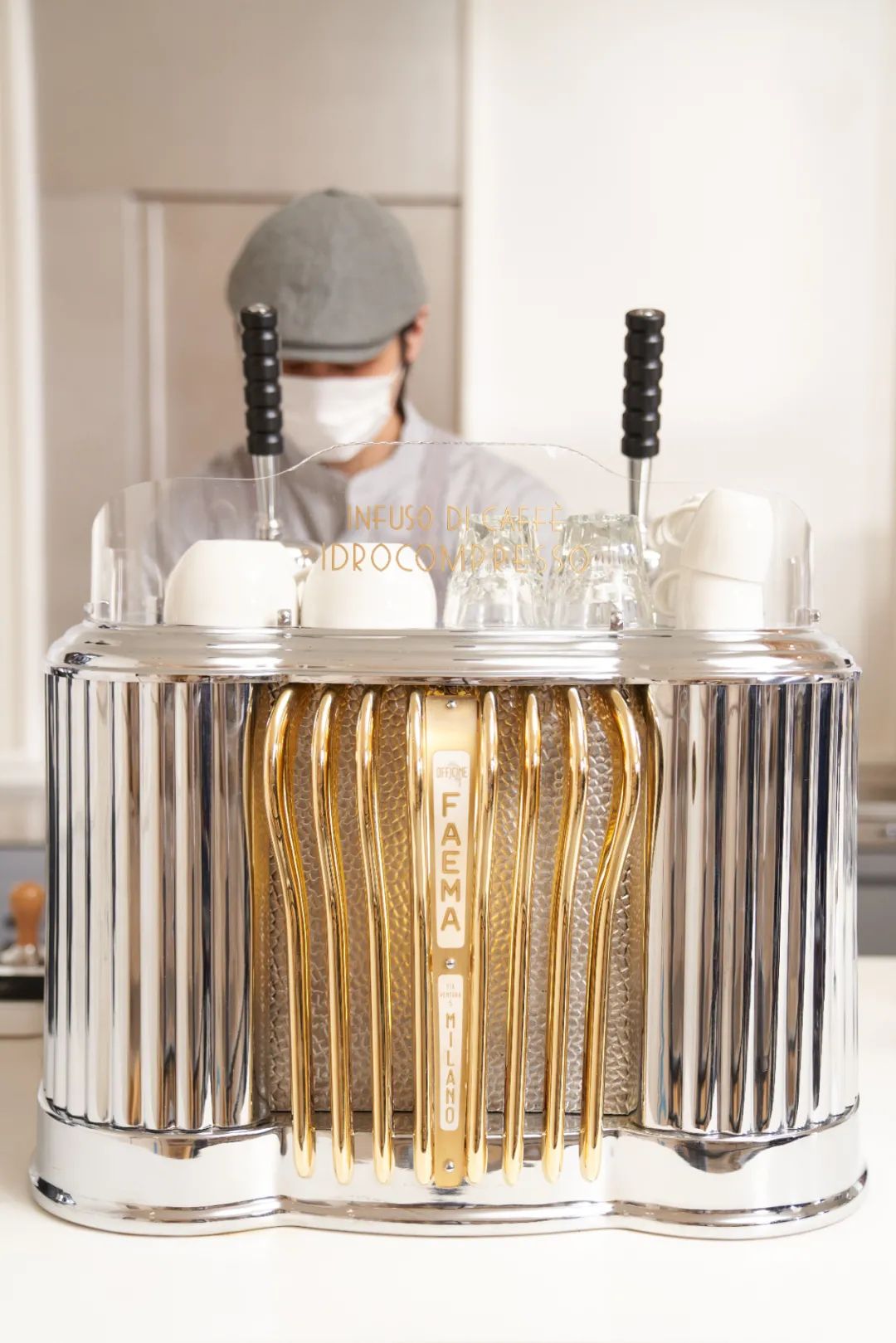 “Whether it’s the location of the first store, store design, or coffee and food, we hope to present the original blue bottle coffee experience to customers and bring innovative blue bottle experience at the same time.” Hu Jun said in a release.

At the same time that the official announced the first store, blue bottle also announced the Shanghai Pengpu baking factory, located on JIANGCHANG West Road, Jing’an District, which was completed in January this year. The latter is the fifth baking factory in the world. The factory will provide coffee for mainland stores, e-commerce and other channels. 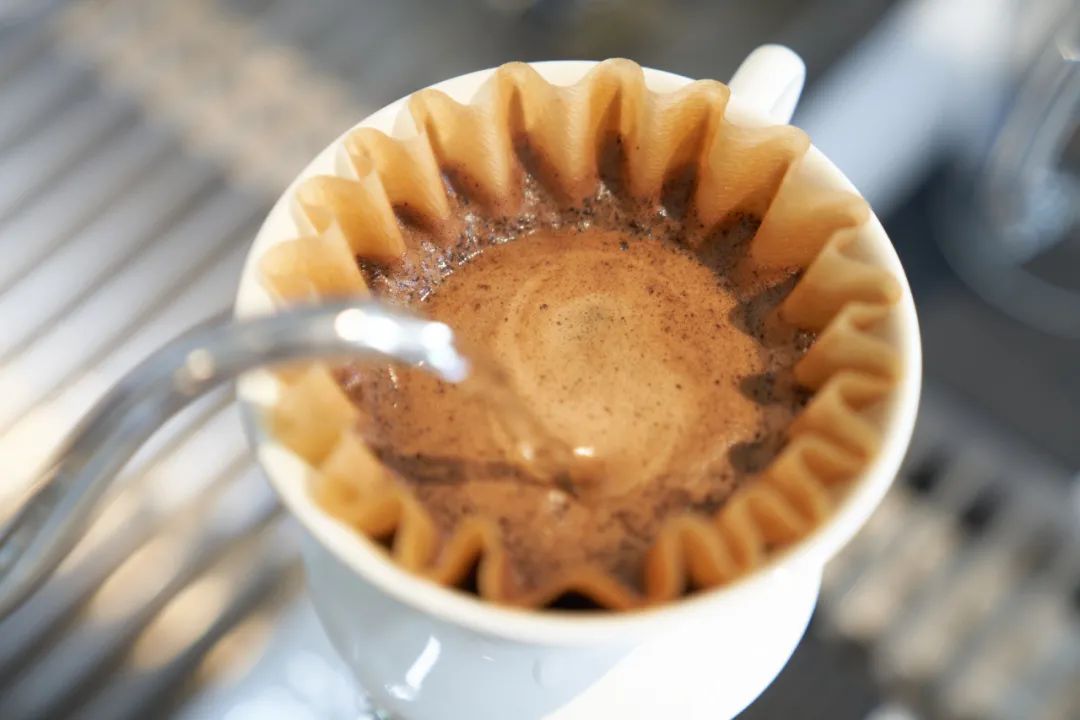 Recalling the unforgettable experience of preparing for the first store yesterday, Hu Jun mentioned to xiaoshidai that due to the travel restrictions under the epidemic, multinational team members can not easily come to the mainland to help open a store.

“Blue bottle still hopes to make all kinds of preparations for entering mainland China, so we have many colleagues from multinational teams to participate in our team building, company building, baking factory building and finally store opening.” Hu Jun said, “so we are also very happy. At the later stage of the project, with the support of the government, we have global colleagues to come to Shanghai to support us, from R & D to the preparation of the baking factory, to the final calibration of all production machines, baking curves and products.”

“Today, all the operating standards of blue bottle coffee here can still be guaranteed to be the same as the global standard of blue bottle.” She said. 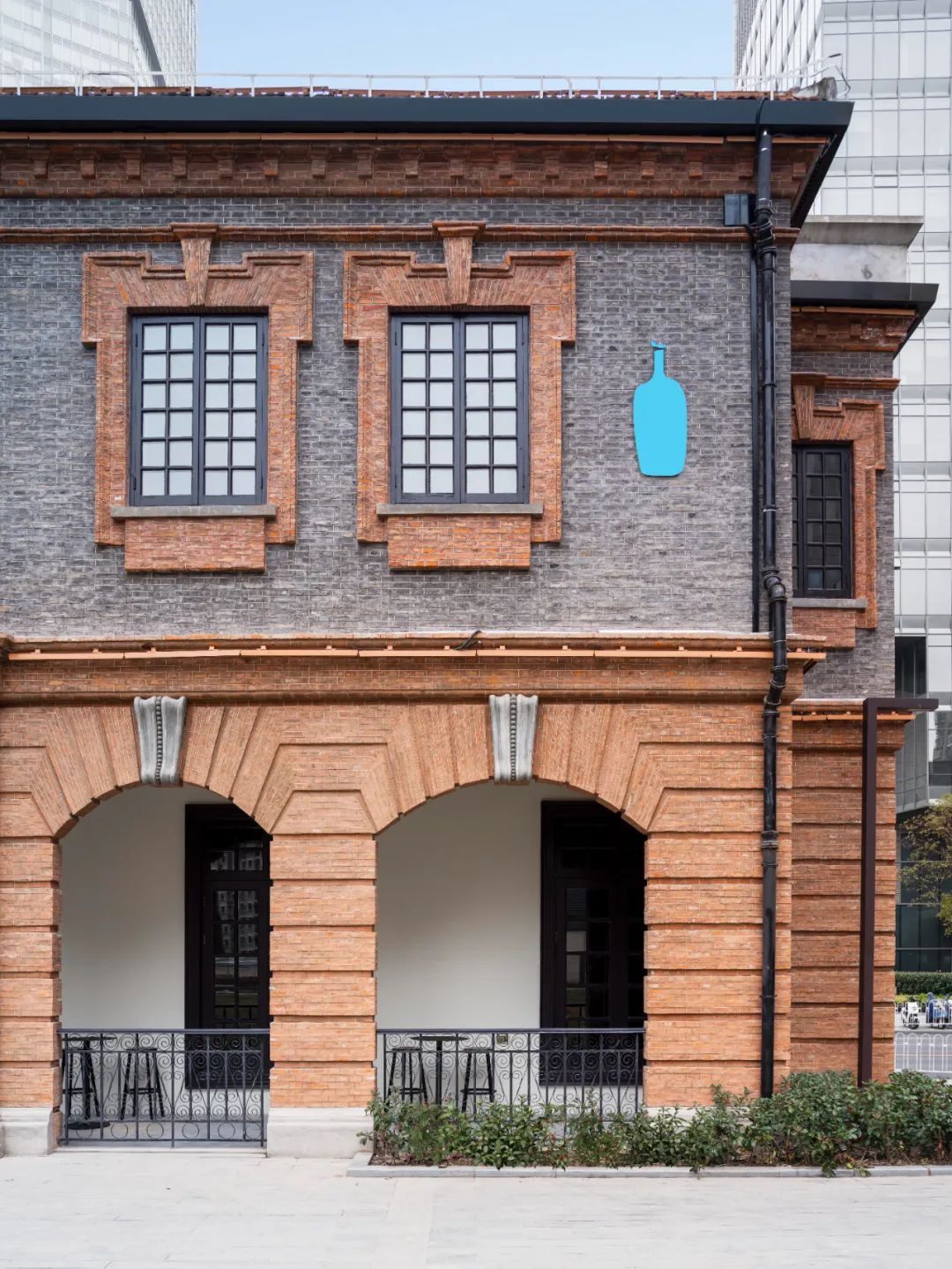 As one of the representatives of the high-end coffee market, blue bottle is sometimes called “apple of the coffee industry”. In the early 2000’s, this coffee roaster also provided a large number of fresh coffee fans.

After becoming famous in the boutique coffee circle, in 2017, Nestle announced that it would acquire 68% shares of blue bottle at a price of no more than US $500 million (about RMB 3.27 billion), becoming its largest shareholder. At that time, the blue bottle valuation of only more than 50 stores was as high as $700 million (about 4.58 billion yuan).

Nestle said at that time that blue bottle would still maintain independent operation, and its products could reach a broad market through Nestle coffee’s existing reputation and consumption network. At that time, blue bottle had launched ultra-high-end ready to drink coffee abroad, as well as roasted coffee beans and coffee powder.

“This move highlights Nestle’s focus on investing in high growth categories and keeping up with consumption trends.” Nestle CEO Mark Schneider said in his briefing at that time that the road of large-scale blue bottle has been very clear, thanks to consumers’ increasing coffee taste and preference for sustainable coffee. In addition, he has publicly expressed that he is particularly excited about the growth prospect of blue bottle in Asia. 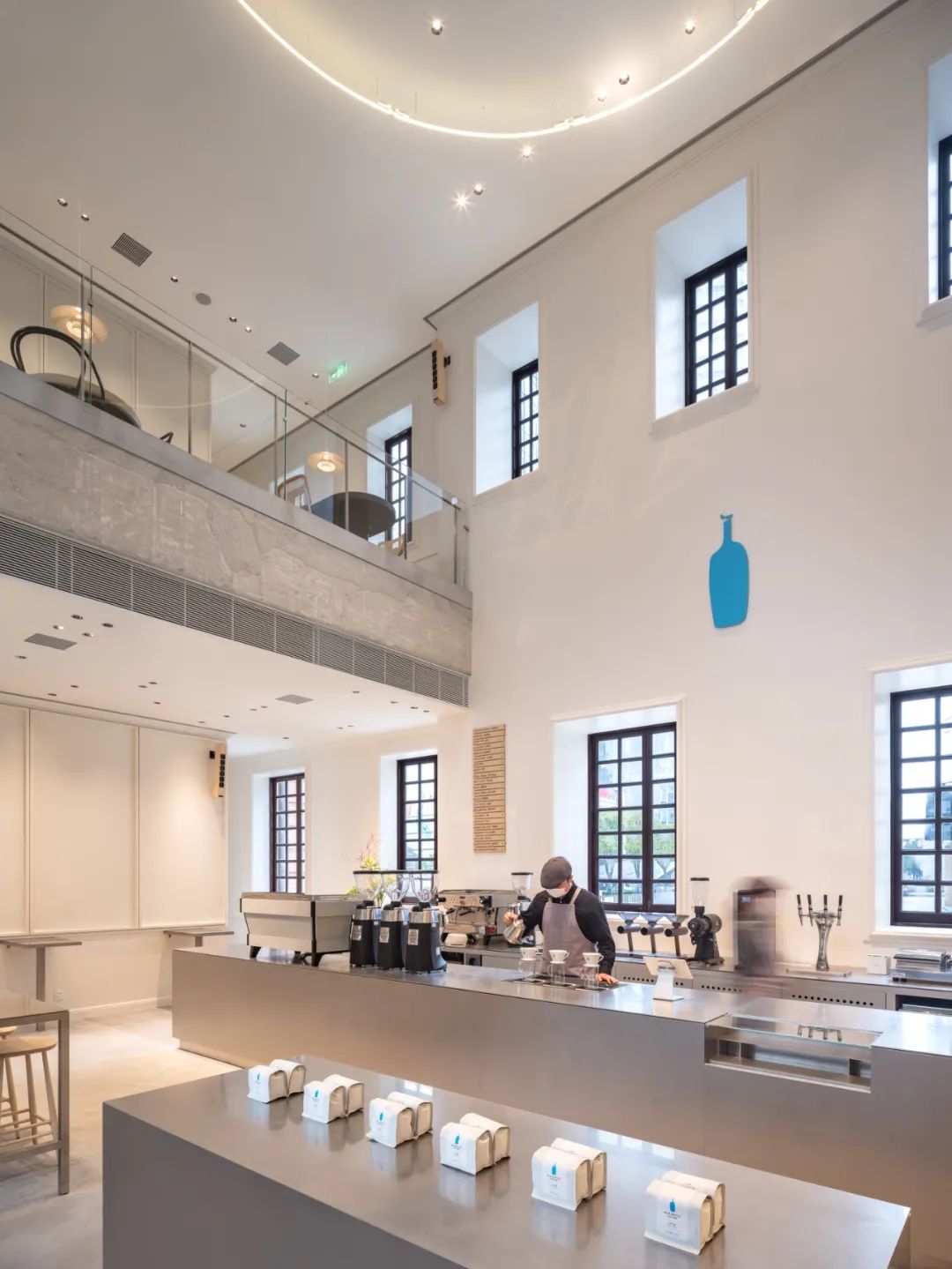 In recent years, blue bottle has also continued to expand in Asia, and has successively entered Japan, South Korea and Hong Kong, China. For entering the mainland market, blue bottle has also planned for a long time. As early as 2013, the company conducted relevant trademark registration in mainland China, during which it also handled trademark litigation.

In contrast, blue bottle actually started to open its first store in the mainland a little later, and the key team building was not initially completed until last year.

After the formation of the team, in August last year, industrial and commercial data showed that blue bottle coffee (China) Co., Ltd. was officially established. Its chairman was Luo Shide, then chairman and CEO of Nestle Greater China, and two senior executives of Nestle China were also on the list of key personnel. 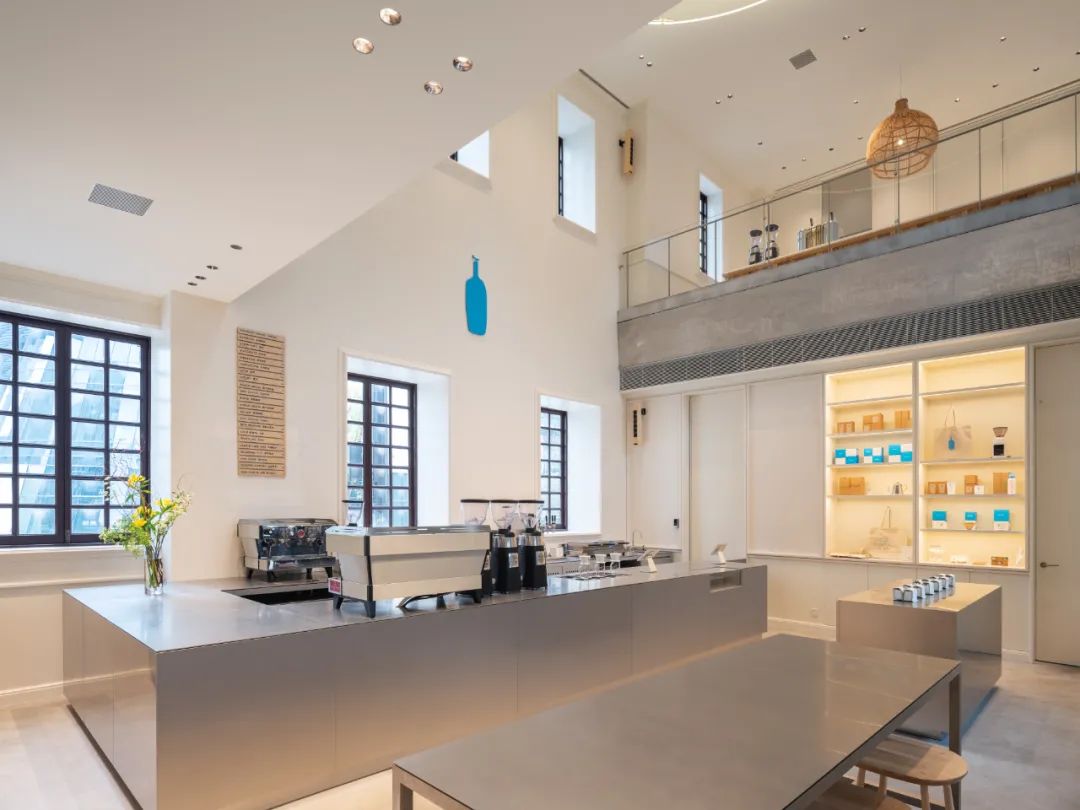 Although it has been a little “late”, blue bottle also makes no secret of its idea of speeding up the pace and seizing the market, and plans to enter different coffee tracks.

Turning to blue bottle’s mainland development strategy, Hu Jun said at the scene that the company would “walk on three legs”, namely stores, e-commerce and FMCG.

Among them, in terms of store expansion, she told xiaoshidai: “based on the fact that the development speed and scale of mainland China market itself exceed some international markets that blue bottle coffee has entered, our development in mainland China will be faster than that in other existing markets. However, our expansion speed may not be as fast as that of other brands in China.” 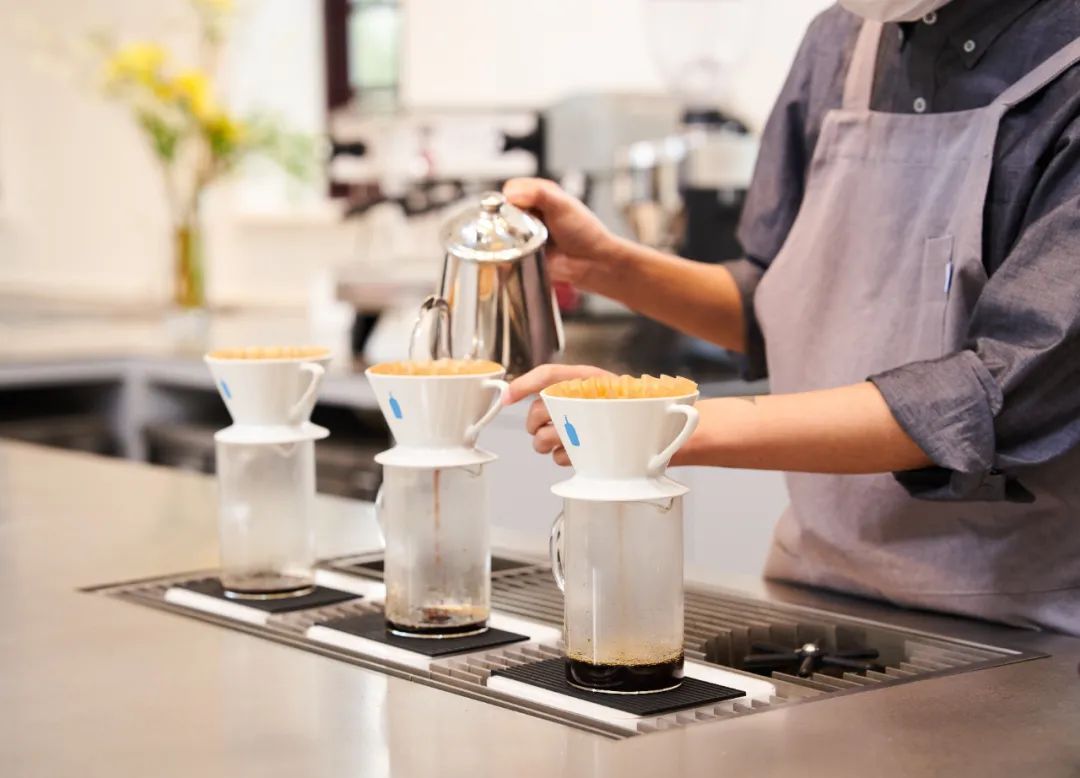 She also said that blue bottle has plans to open further stores in Shanghai, but did not disclose more information. Xiaoshidai inquired about the industrial and commercial system today and noticed that the Shanghai Nanjing West Road store of blue bottle coffee (China) Co., Ltd. had been established at the end of last year, and the person in charge was Hu Jun.

Recently, it is also reported that blue bottle will lay out 10 stores in Shanghai. In addition to the first store, it also includes taiguli, Wukang Road, Huaihai Road, Guojin, shangsheng new Institute, Hongqiao Airport, World Expo site, Raffles North Bund and Jiaotong University. However, in response to the snack generation’s query, the blue bottle said that the message was “untrue”.

In terms of e-commerce, blue bottle has launched the wechat official mall to sell packaged coffee beans and peripheral products. As for FMCG, Hu Jun revealed that “we also have plans to launch it in the future”. 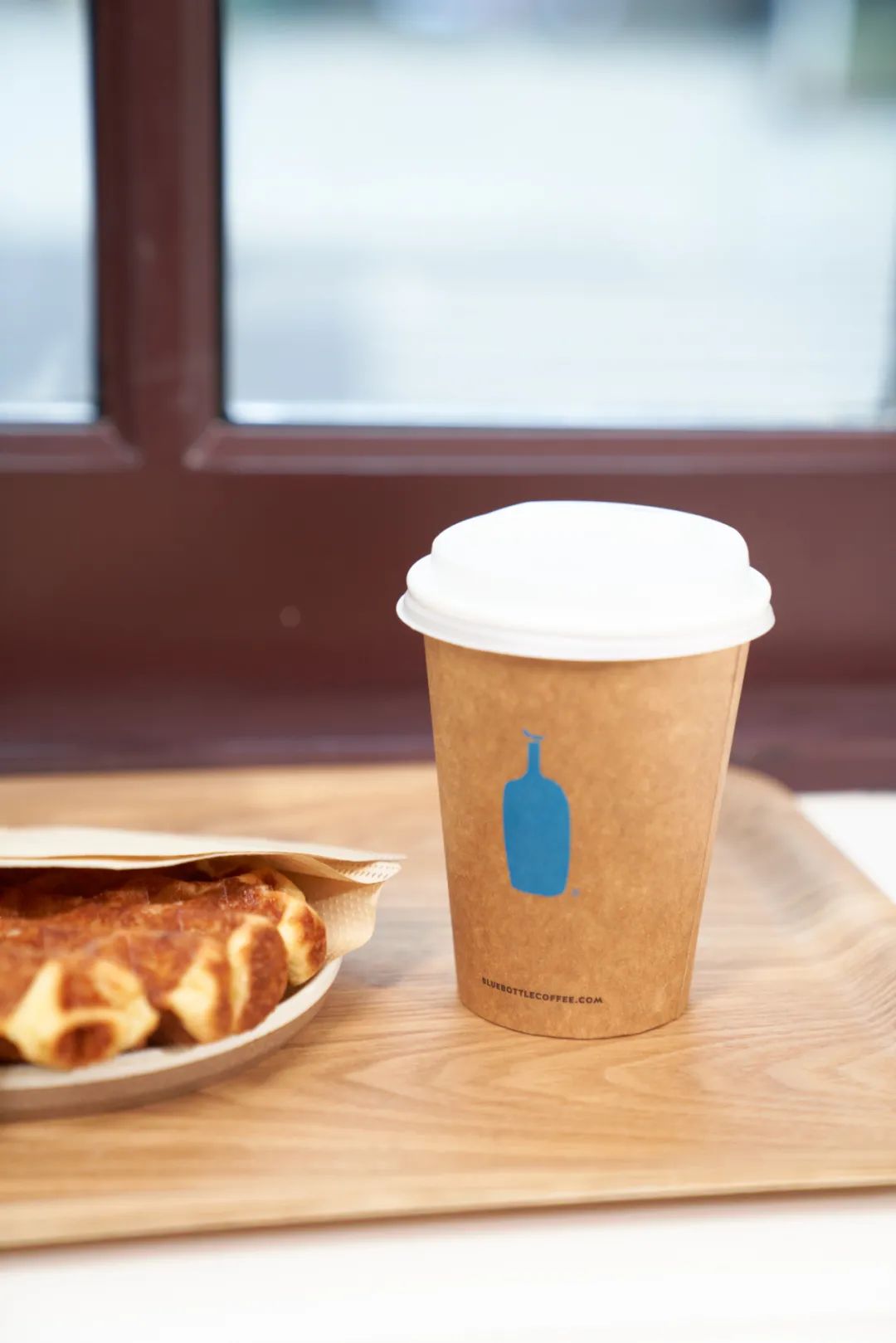 At present, China’s coffee market is experiencing rapid growth, which has attracted a number of enterprises to “make crazy bets”. Both Starbucks, McDonald’s and Lavazza, which are backed by Yum China, have opened stores at a high speed, and young players such as manner, seesaw and M stand continue to “attract money” in the capital market to accelerate their expansion. In addition to expanding stores, many brands are also simultaneously laying out retail coffee.

According to the 2021 China foreign coffee report obtained by xiaoshidai from yingminte today, the average annual compound growth rate of the market is expected to be 10.9% in the next five years, reaching 75.8 billion yuan in 2026. In addition, China’s ready to drink coffee market is expected to maintain double-digit growth in the next five years. 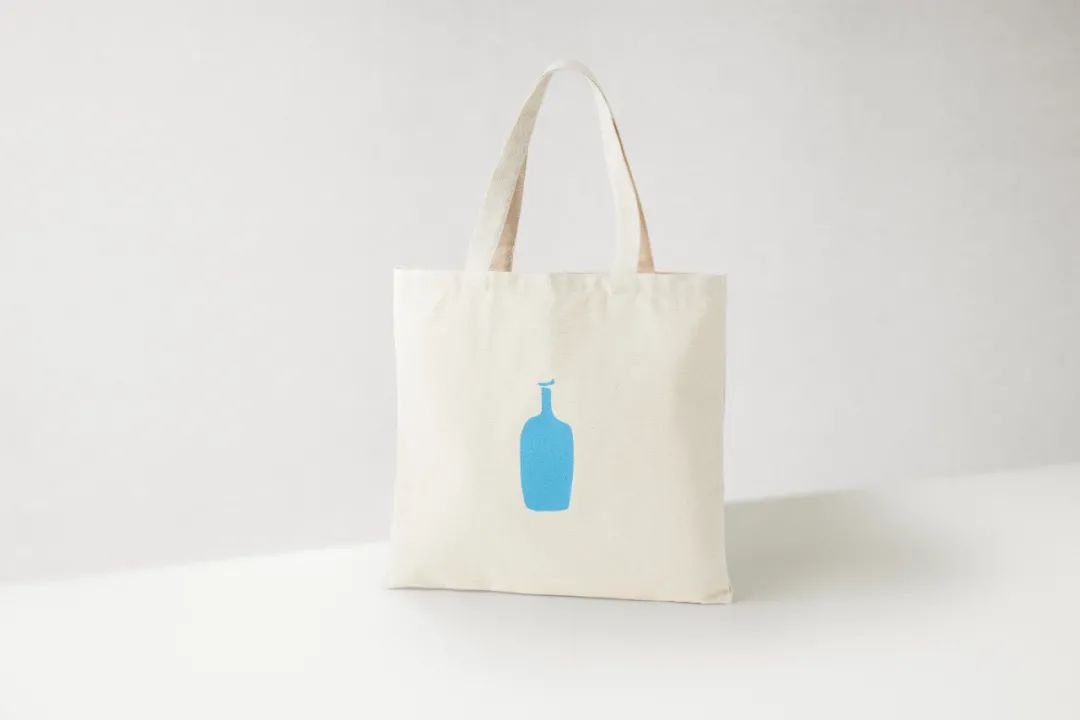 It can be said that the competition among heroes is boosting China’s coffee to open another high growth stage, but with it comes the increasing competition. For blue bottle, how to continue to grow after the “first store fever”, run out of the market without lack of boutique coffee, and make consumers willing to pay for high-priced products are unavoidable topics.

After all, with the development of China’s coffee market becoming more and more mature, the common drinking scene has further shifted from social and business enjoyment to daily needs such as refreshing work. In this transformation, cost performance has become the primary factor in many people’s purchase decisions.

Compared with most brands on the market, the price level of blue bottle is already at the “top of the pyramid”. The snack generation saw in the store that the single cup prices of 230ml American style, 350ml latte and 350ml Mocha were 32, 42 and 46 yuan respectively. As a reference, the 355ml medium cup prices of these three Starbucks products are 27, 30 and 33 yuan respectively. 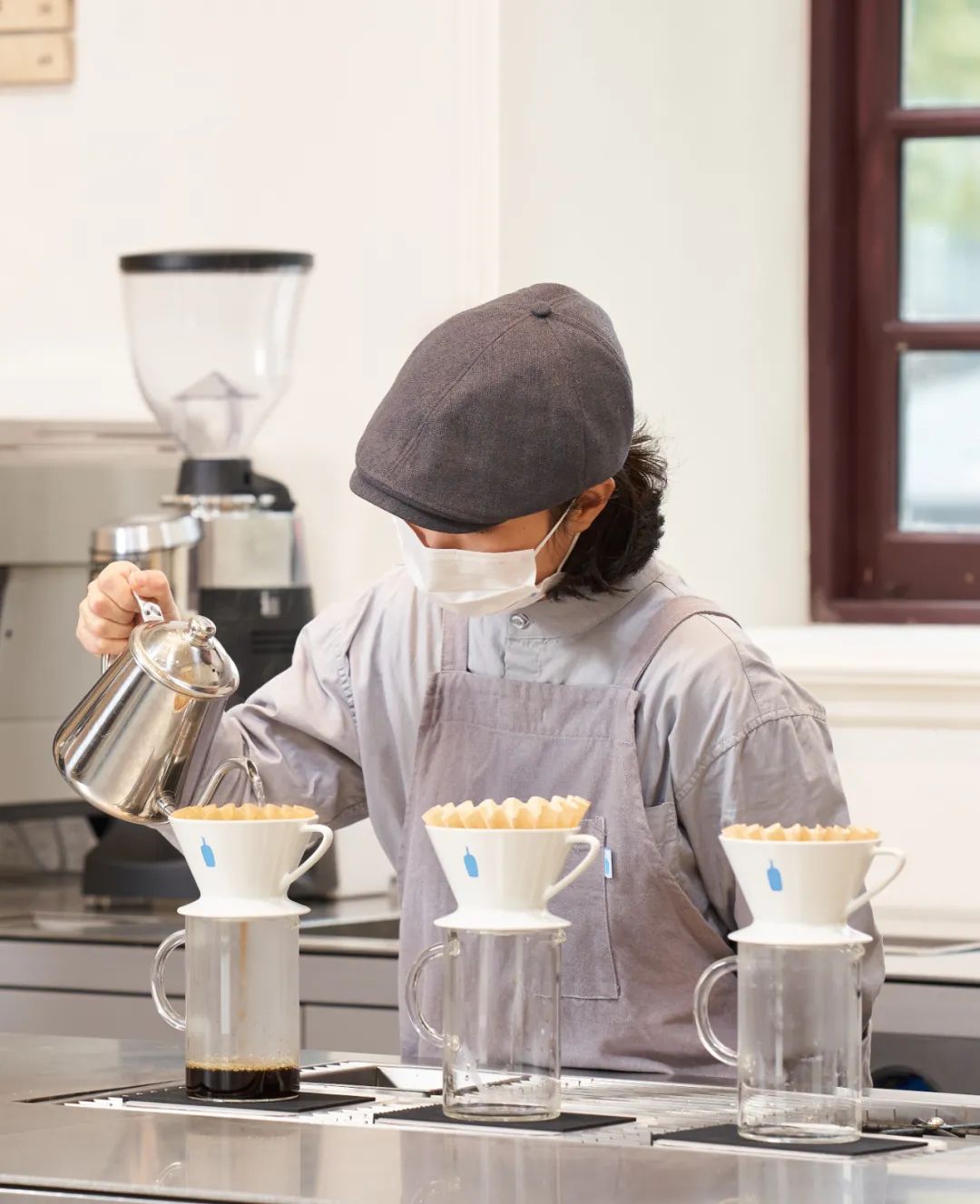 Turning to the “moat” of blue bottle’s competitiveness in China, Hu Jun pointed out to xiaoshidai that the brand’s persistence in coffee quality, store design, considerate and enthusiastic service and sustainable development all belong to competitive advantages.

“Blue bottle believes that coffee is a universal language in the world. In fact, only when more people drink coffee can more customers know what good coffee is and are willing to drink good coffee, so that more people will come to drink blue bottle.” “We respect and thank all coffee companies,” Hu said