In the context of milk powder ushering in a new round of integration tide, meisujia’er, who is in the period of strategic review, has also made important progress.

Xiaoshidai noted that Bloomberg today quoted people familiar with the situation as saying that a consortium composed of baring Asia, JUNLEBAO and Sequoia China had been shortlisted for the bid. Potential bidders also include DCP capital, Mengniu and Yili. 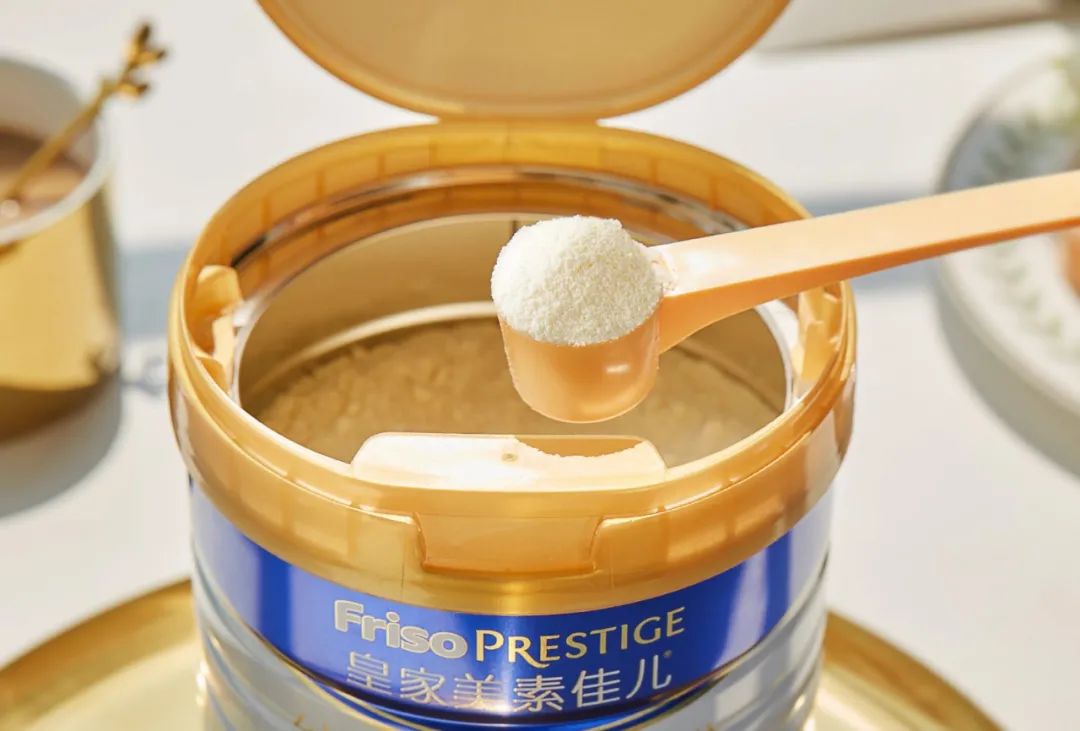 In this regard, feishilan China replied to Xiaoshi Dai today: “the strategic review is in progress. We don’t have more information disclosure and don’t comment on market rumors.” The spokesman of the global headquarters of fislan also responded to the snack: “we are currently exploring all the strategic options of meisujia’er and do not predict the possibility of various results.”

In addition, xiaoshidai also verified the rumors to all parties today. Next, let’s have a look.

According to Bloomberg, Jiaer’s valuation is about US $2.6 billion, which may enter the second round of auction (about US $2.9 billion). The source said that the sale review is still ongoing, other bidders may still appear, and it is uncertain whether the bidding will reach a deal.

Xiaoshidai introduced that feishilan announced a strategic review of its Meisu Jiaer infant nutrition business in December last year, aiming to seize growth opportunities and ensure the success of Meisu Jiaer business. The spokesman of the company’s headquarters once told the snack generation that the review covers the global business of the brand of Massu Jiaer and is expected to be completed within 2022.

Although the boots have not yet landed, there have been many speculations about the buyer candidates in the industry, including Bain Capital, Carlyle Group, JUNLEBAO, baring Asia, new hope dairy and Mengniu. Among them, the relevant person in charge of new hope dairy has responded to the snack and said “no, it’s untrue news”. 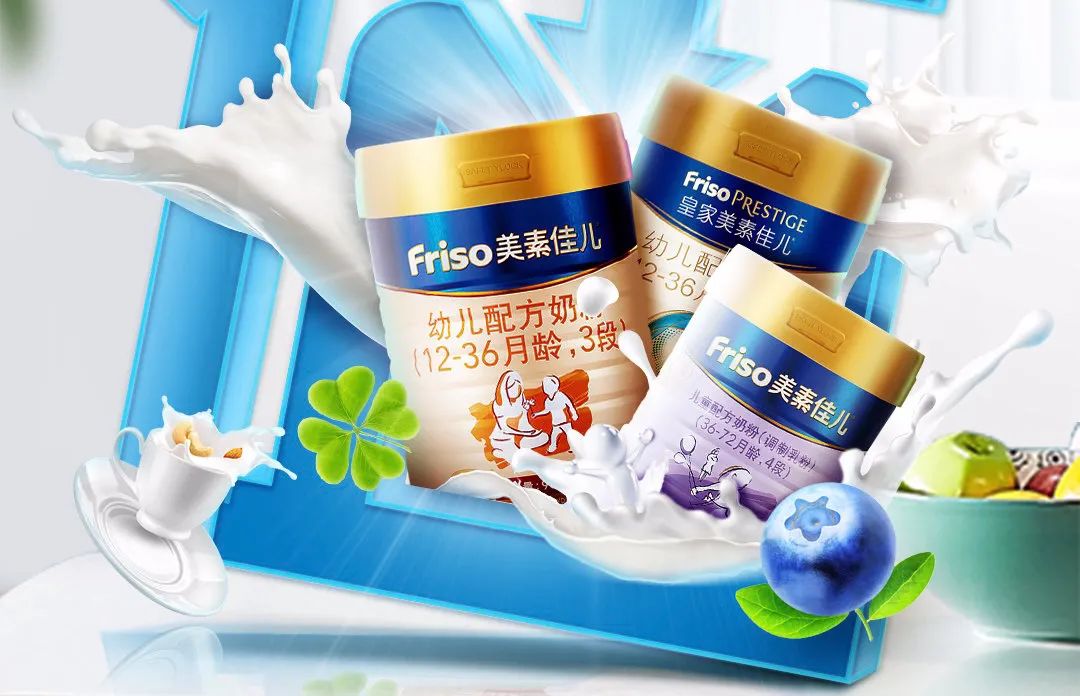 Xiaoshidai noticed that in the latest list circulated, baring Asia, JUNLEBAO and Mengniu all “appeared again”, while Dehong capital and Yili belong to “new faces”.

“The industrial investors entering the second round of bidding include Mengniu, JUNLEBAO and Aoyou. Aoyou is now controlled by Yili, so Aoyou enters on behalf of Yili.” The above people close to the transaction told xiaoshidai. The source also revealed that, slightly different from Bloomberg news, JUNLEBAO did not form a consortium with Sequoia China to bid.

“My judgment on this bidding is that dairy enterprises may actually want to take this opportunity to see the practices of international competitors. In the end, it may not be possible. It depends on these fund institutions.” These people said.

For today’s rumors, xiaoshidai also inquired from all parties. Among them, Yili said that “no message has been received yet”. Aoyou said “there is no such thing”. By the time of publication, xiaoshidai had not received a reply from Mengniu and JUNLEBAO, nor had it received an email reply from baring Asia and Dehong capital. 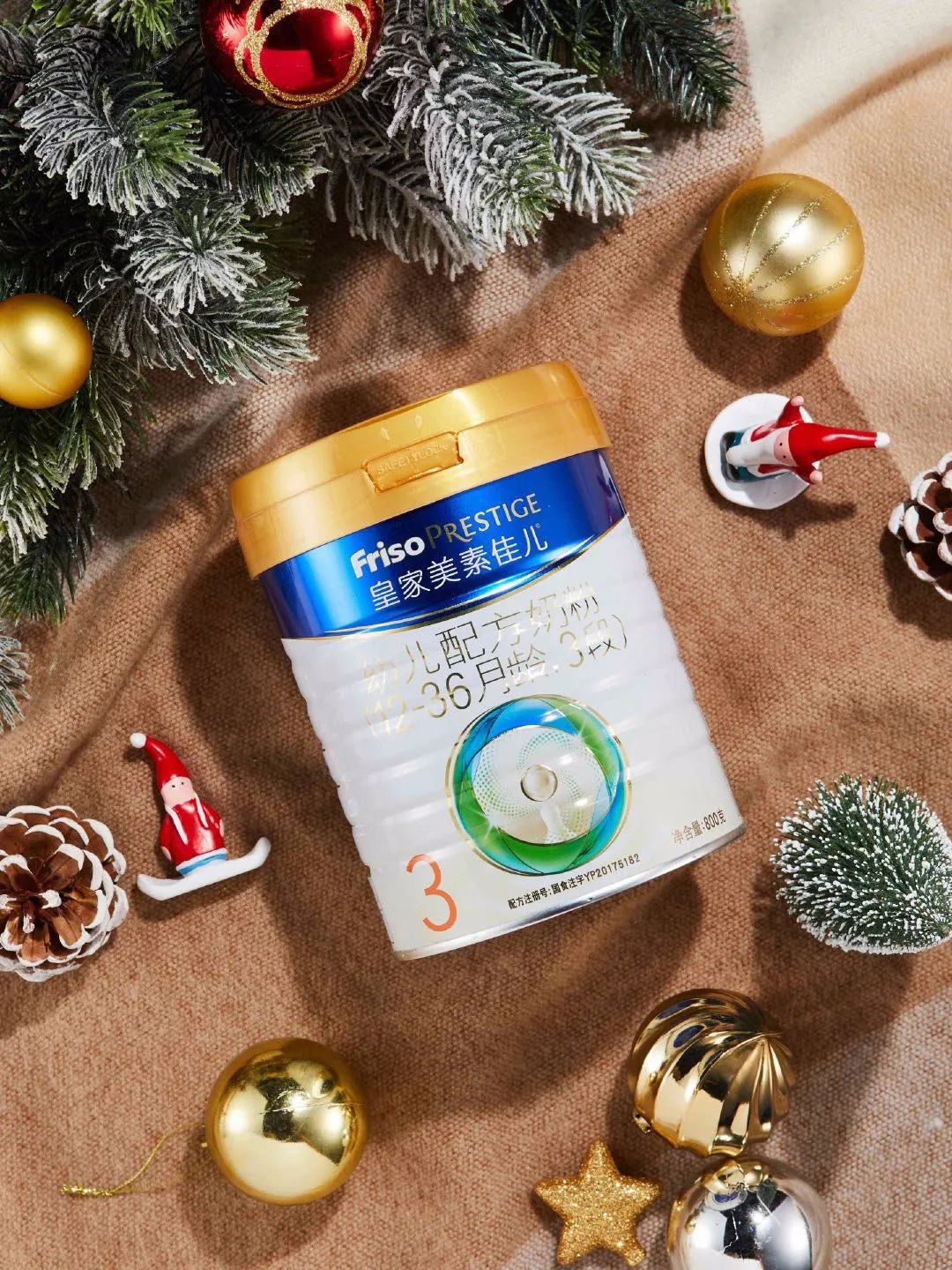 From the list of rumors in this round, it is not only the dairy enterprises with high hopes for milk powder that are interested in meisujia’er, but also the investment institutions with deep “roots” with China’s dairy industry. Although no company has confirmed its participation in the bidding, we might as well take a look at each idea.

As the largest dairy company in China, Yili has always hoped to establish a leading position in the field of milk powder. On the one hand, the company is actively promoting the organic growth of the original milk powder products. According to the data disclosed yesterday, in 2022, Yili infant formula business continued to grow rapidly, with a growth rate of nearly 20% in January, “far ahead of the same industry at home and abroad”.

At the same time, Yili also accelerated its layout through foreign acquisitions. Following the announcement in October last year that it would acquire 34.33% of the shares of Aoyou and become the single largest shareholder of the latter, the company announced yesterday that it was about to complete the comprehensive acquisition of Aoyou, and the shareholding ratio had been further expanded to about 52.70%. 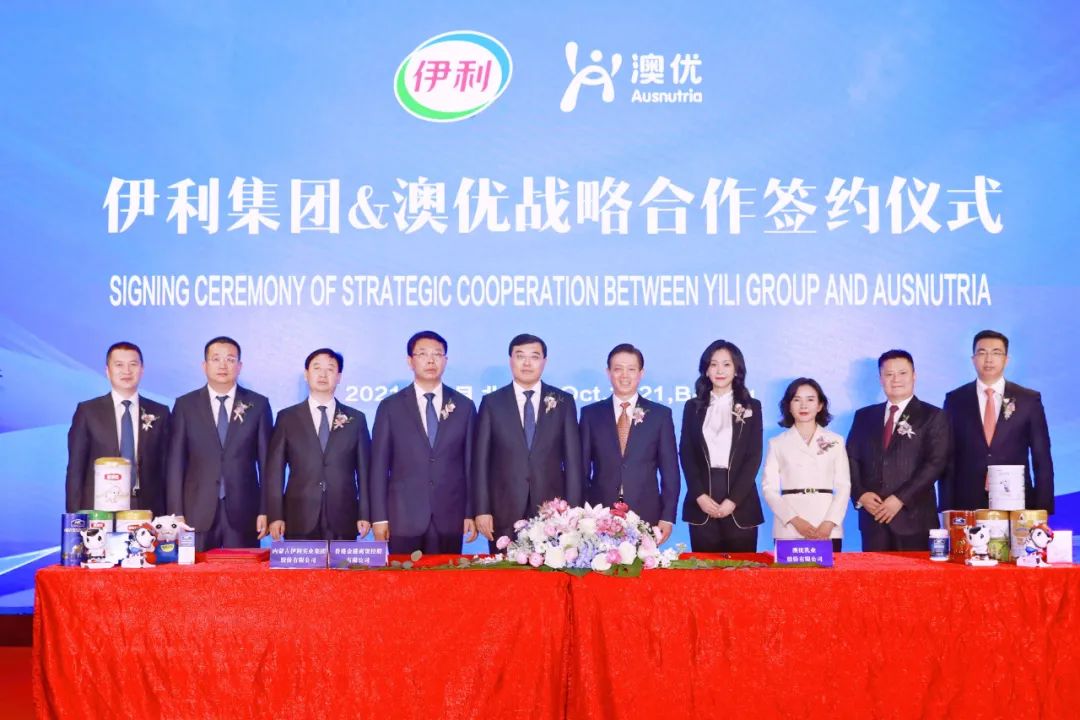 As for Mengniu, which owns Yashili and Bellamy, its president Lu Minfang said at the performance meeting held in August 2020 that the milk powder target is “10 billion in three years”. According to Mengniu’s 2020 annual report, its milk powder revenue is 4.573 billion yuan, which is still a long way from the target of 10 billion yuan.

If you really win meisujia’er, it is likely to make Mengniu “one step in place”. A person who has been engaged in milk powder sales for many years pointed out to the snack generation today that the current volume of the brand “is very close to Wyeth or Mead Johnson”.

Xiaoshidai also introduced that in October 2021, feishilan China proposed to hit the target of 10 billion yuan. Although it has not separately disclosed the scale of Meisu Jiaer, a person familiar with feishilan told xiaoshidai last year that Meisu Jiaer brand accounts for the majority of feishilan’s business in the Chinese market.

According to the data, meisujiaer is one of the largest brands of fislan. Its infant formula is sold in 25 countries and regions such as Europe, the Middle East, Asia (including China) and Mexico.

According to Euromonitor International, the infant formula market is expected to grow from US $54.7 billion (about RMB 353.778 billion) last year to US $59.5 billion (about RMB 384.822 billion) in 2022. Last year, with a global market share of 3.3%, it was the seventh largest formula brand in the world. 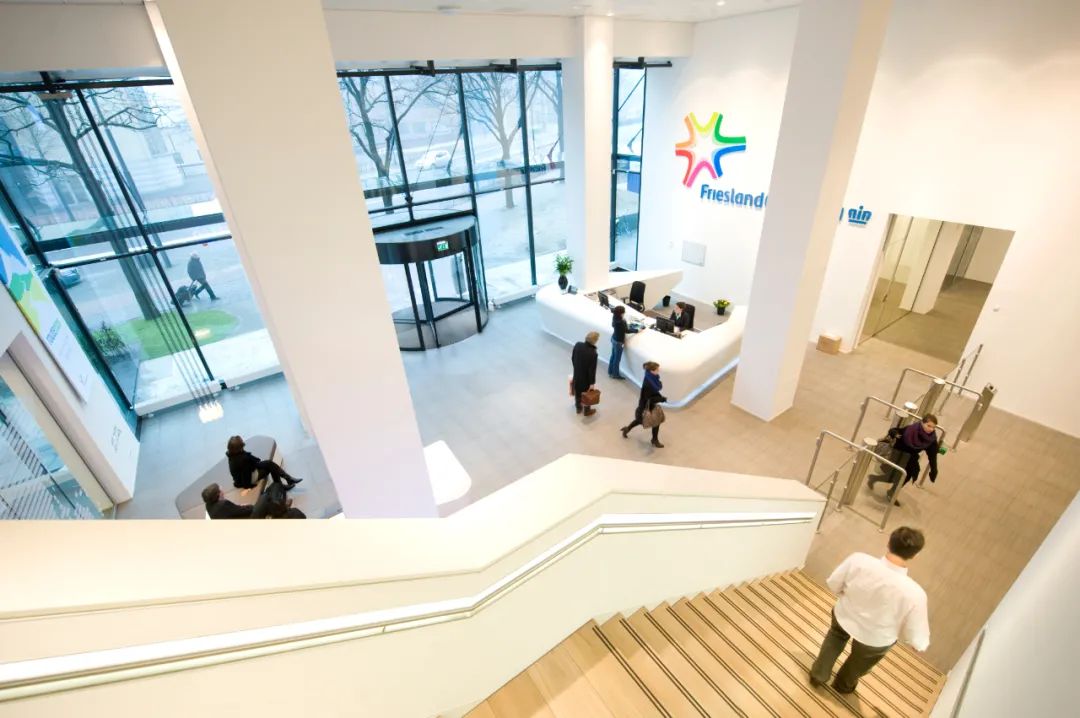 Now, JUNLEBAO is also getting closer to his “small goal” step by step. Xiaoshidai introduced that the annual sales volume of JUNLEBAO milk powder in 2021 has exceeded 100000 tons, leading the production and sales volume in China. It is conceivable that in the face of the “horse racing enclosure” of peers, winning the beautiful Vega with a certain foundation will greatly improve the odds of JUNLEBAO’s victory.

Finally, let’s focus on the two capital institutions in the rumor. Xiaoshidai checked the public information today and noticed that baring Asia and Dehong capital have investment experience in China’s dairy industry. Among them, enterprise investigation shows that baring Asia has participated in China Shengmu a round of financing. The official website of Dehong capital shows the investment cases of Mengniu, modern animal husbandry and adopting a cow. 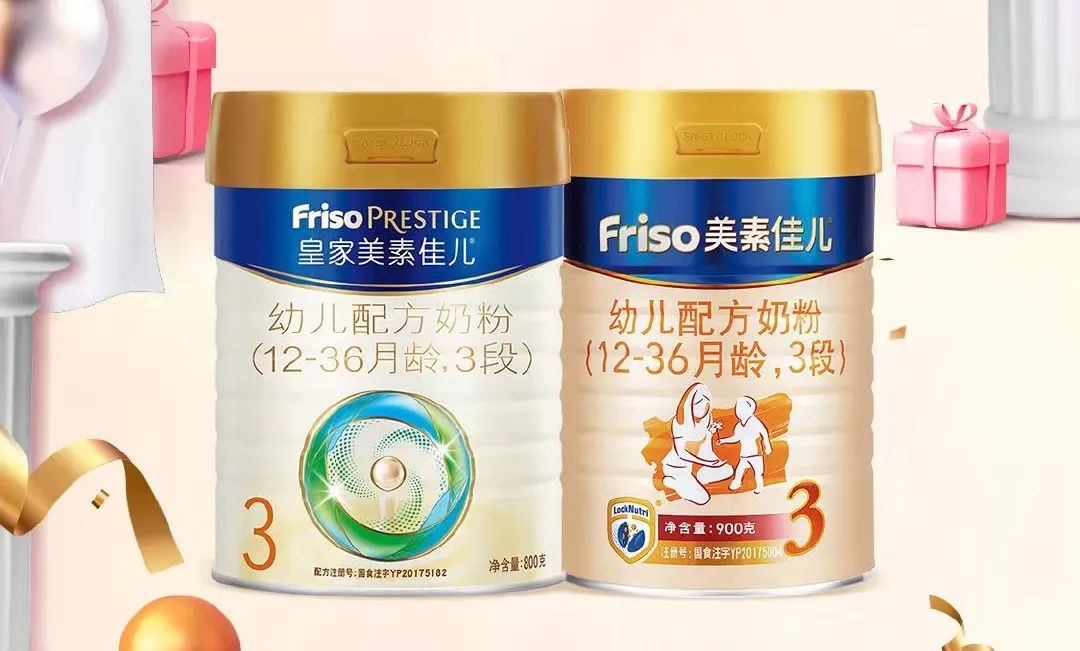 “In fact, meisujia’er is a relatively good target. It has been deeply cultivated in China for many years, and the whole volume is relatively large. Its reputation image and management team are also quite good.” However, most of the market of the brand is still concentrated in economically developed first and second tier cities, and the birth population in these cities is growing slowly, so the future growth is still facing challenges, the person said.

“For companies such as JUNLEBAO and Mengniu, meisujia’er is a better remedy, and is expected to achieve the effect of 1 + 1 > 2 in channels, consumer groups and main markets. However, I am not optimistic about pure capital acquisition, because it is difficult to effectively enable channels and industrial chains, and it is not so easy for even another team to do a good job in localized management.” The above milk powder salesperson pointed out to the snack generation.

In fact, the strategic review of meisujiaer also reflects that in China’s infant milk powder market with both opportunities and challenges, a new pattern is slowly brewing and taking shape.

As the newborn population continues to shrink, the “new national standard” puts forward higher requirements for formula registration, and the milk powder market is also referred to as “winter”. As a result, “group heating” has become one of the options, including Danone, obijia, Yili and Aoyou, which announced strategic cooperation only yesterday.

A senior milk powder person familiar with feishilan told xiaoshidai today that in the case of the overall downturn of the industry, leading enterprises can use mergers and acquisitions to maintain their market position. In addition, before the dividends of various demographic policies such as three children are really released, many dairy enterprises also hope to layout in advance to win competition and seize the first opportunity in the future. 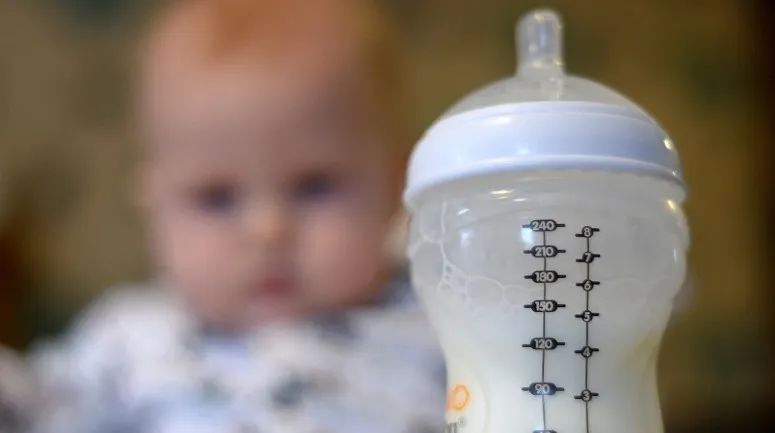 It is worth noting that as the industry enters a new round of integration, the performance of foreign and local enterprises is also different.

According to the data obtained by xiaoshidai from Euromonitor International, in terms of the share of total retail sales, among the top 10 Chinese formula enterprises in 2021, local and foreign players accounted for half of the seats respectively. Among them, five local enterprises won a total of 45.1% share last year, and the sum of shares increased by 12.3 percentage points compared with 2019.

Specifically, the shares of the five domestic enterprises increased year by year from 2019 to 2021, including Feihe, JUNLEBAO, Aoyou, Yili and Jianhe. During the same period, the performance of the foreign investment camp was relatively divided. Among them, the shares of Nestle, feishilan and Abbott fell. Li Jieshi’s share remained unchanged from 2019 to 2020 and increased by 0.1 percentage points in 2021. Danone achieved a steady rise.

“Big overseas brands are more popular with the 70 and Post-80 parents. If new products and Internet operations suck, they will face the challenge of brand aging and growth. With the post 90s and 95 becoming the main force of the new generation of parents, this generation of parents will prefer the brand of domestic brand and Internet gene (Note: A2, once called” Hai Tao Hong Hong “). The above-mentioned milk powder salesperson pointed out to the snack generation today, “Chinese consumers no longer blindly worship overseas milk powder brands. I think the most beautiful moment of foreign major brands has passed.” 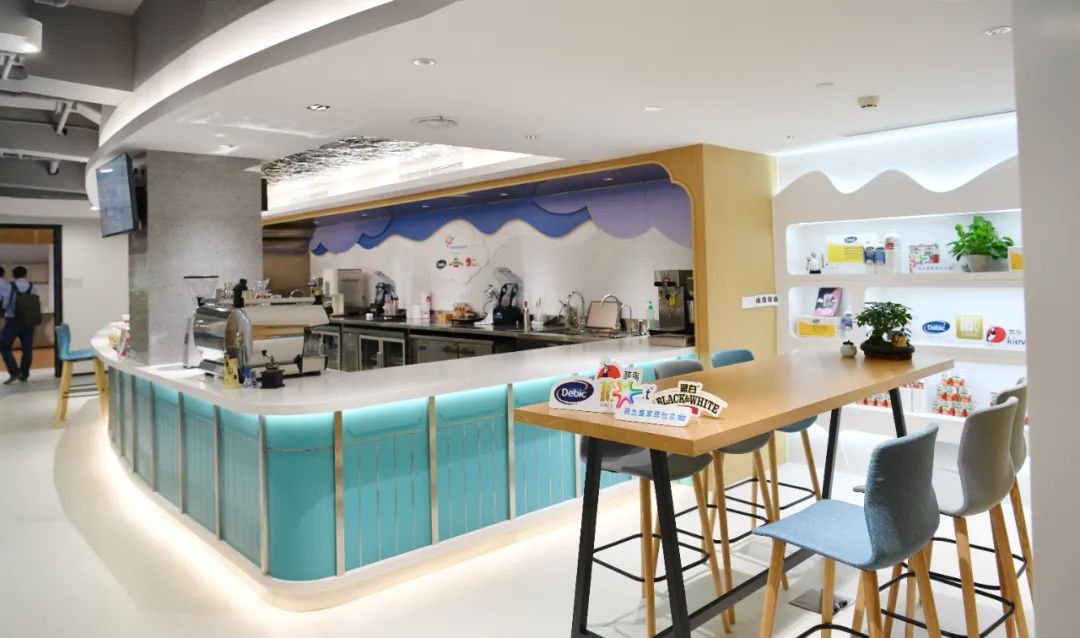 It can be seen that when most major foreign brands are facing growth difficulties, domestic milk powder is rising again and seeking to become bigger and stronger quickly. To some extent, this has also contributed to the fact that when well-known foreign milk powder seeks transformation or sale, we can often see the active figure of local head milk enterprises on the “negotiation table”.

For example, when Mead Johnson China was sold last year, Yili and JUNLEBAO were also said to be potential buyers. In addition, Mengniu has pocketed organic milk powder Bellamy at the end of 2019.

“The past two years should be a period of rapid integration or great change of the whole milk powder industry. The secondary formula registration and the change of newborn population will lead to the strategic exit of many enterprises. At the same time, we will see more large enterprises improve their position faster through mergers and acquisitions, and the competition for the stock market will be more and more fierce in the future.” The milk powder salesperson said.

Pay attention to “xiaoshidai (wechat: foodinc)”, reply to “feishilan” and “meisujia’er” to see the wonderful news.