Just now, Yashili international, which is listed in Hong Kong, issued the latest announcement, saying that the company will suspend trading on the Hong Kong stock exchange from 10:33 a.m. on March 14, 2022, pending “an announcement that the content published in accordance with the Hong Kong Code on mergers and acquisitions may constitute insider information”.

After the opening of trading this morning, Yashili international once soared 106%, and the share price was reported at HK $0.91 when it was temporarily suspended at more than 10 a.m. 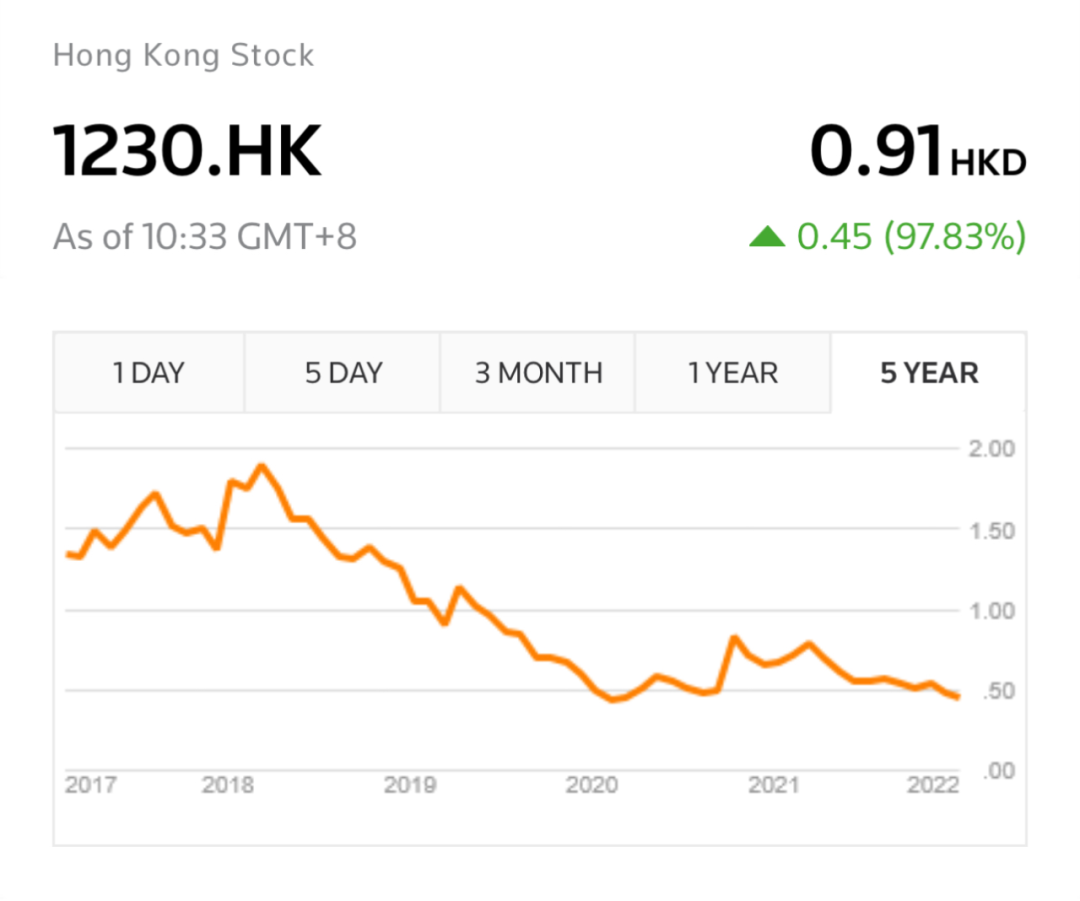 For the sudden suspension of Yashili, there are different opinions in the industry, among which Yashili may withdraw its privatization from the Hong Kong Stock Exchange has become one of the hottest speculation.

Xiaoshidai learned that before Yashili’s suspension announcement today, Yashili may be privatized, which is widely spread in the dairy industry. 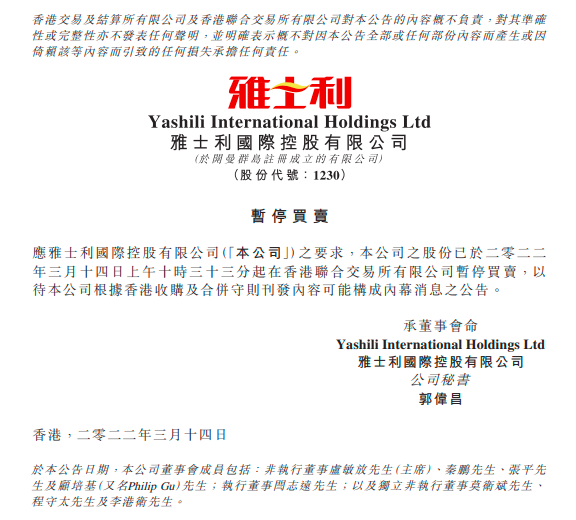 Some dairy people quoted the above rumors to xiaoshidai that after privatization, Yashili will exist in the form of Mengniu milk powder business unit; At the same time, the company may also be evaluating some of its factory assets and the cooperative relationship with foreign parties in the milk powder business. However, as of press time, the relevant statements have not been confirmed by Mengniu or Yashili.

There is no doubt that Mengniu has control over Yashili. According to the information on behalf of Xiaoshi, by the end of June last year, the shareholding of the top three shareholders of Ashley were as follows: Mengniu accounted for 51.04%, Danone Asia accounted for 25%, and the Zhang family of founder Zhang Lidian still held shares, accounting for 6.4%. 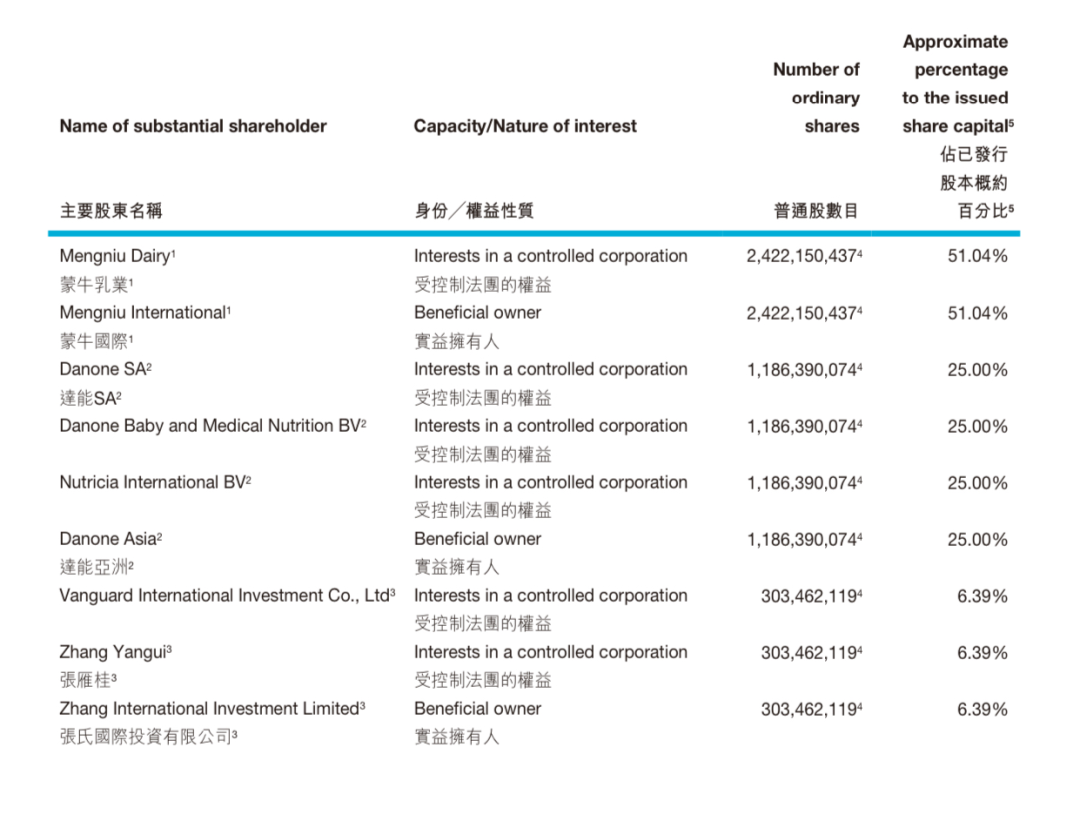 It is worth noting that Yashili announced in mid January this year that it is expected that the annual profit in 2021 will increase by 10% to 20% compared with that in 2020; However, due to the fact that the operation status of Domex business as of December 31, 2021 did not meet the expectation, Yashili will make a one-time impairment provision of no more than RMB 300 million for Domex brand, so that the expected loss recorded last year will not exceed RMB 189 million.

If privatization is promoted at this time, an obvious advantage is that the cost of “negotiation” between Mengniu and Yashili’s shareholders will be lower.

Less than three years after listing in Hong Kong, Yashili accepted the “olive branch” thrown by Mengniu. In June 2013, Mengniu announced that it would issue a comprehensive takeover offer to acquire all the issued shares of Yashili. The valuation of all the issued share capital of the target company was about HK $12.457 billion. At that time, the 10 billion transaction was also the largest M & A in the history of China’s dairy industry. 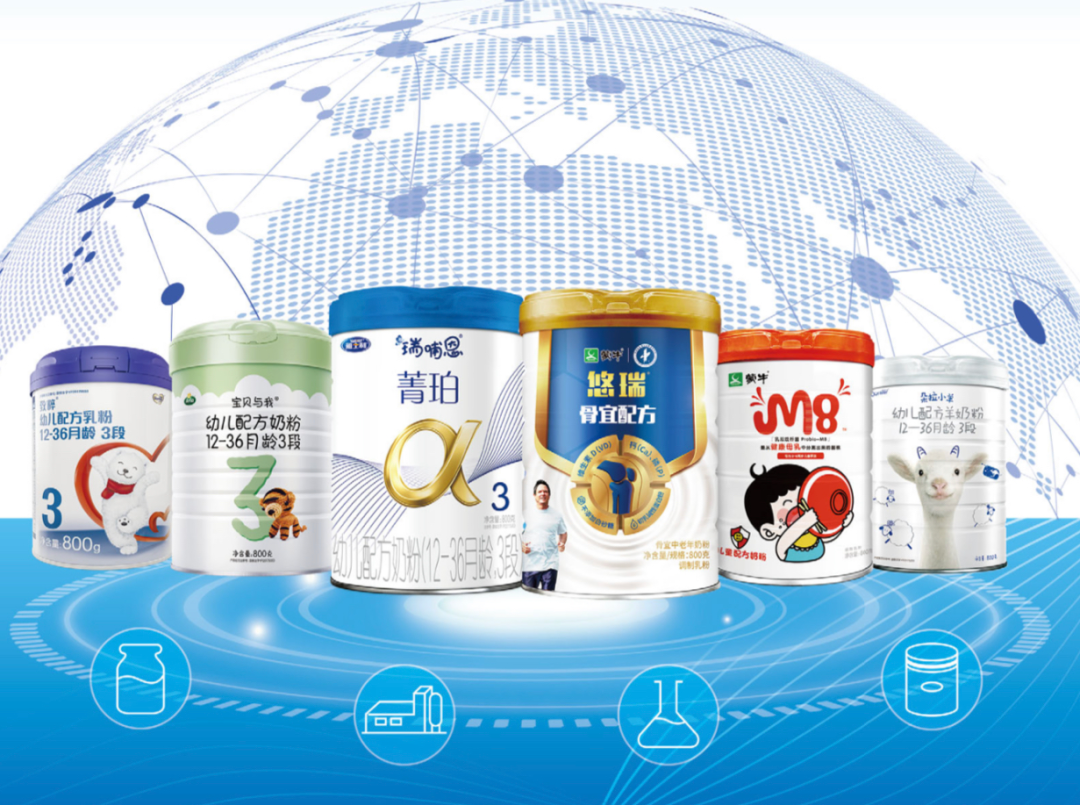 According to the announcement of that year, as part of the transaction, Zhang Shi international, the controlling shareholder of Yashili, and Ca dairy Holdings (“CA Dairy”), a wholly-owned subsidiary of Carlyle Asia Fund (both jointly hold 75.3% of Yashili’s shares), have signed an irrevocable commitment to accept the acquisition offer.

According to sun Yiping, then president of Mengniu, the transaction is of great significance to the shareholders of Mengniu and Yashili. The cooperation will bring significant synergy to the development of the two companies, so as to capture the rapid growth business opportunities of China’s milk powder market.

At that time, she also said that after the merger, Yashili would retain its independent operation platform and make Yashili a more international brand of infant formula milk powder by introducing the expertise of Mengniu and international industrial partners.

In order to promote the international development of Yashili, Mengniu later pulled its own strategic shareholder Danone and started a series of changes at the capital level and management team. 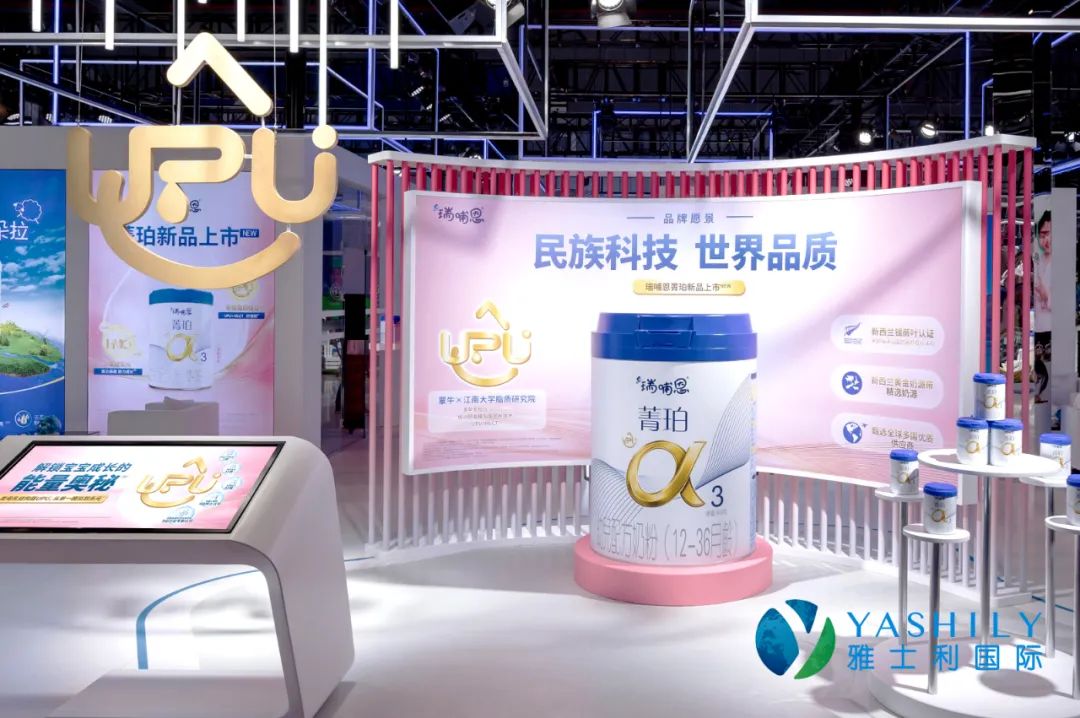 In October 2014, Danone participated in the private placement of Yashili and won 25% equity of the company with nearly HK $4.39 billion, becoming the second largest shareholder of Yashili. After the completion of the transaction, Mengniu still holds 51%. In January of the following year, Zhang Lidian, founder of Yashili, left the post of chief executive officer and was replaced by Lu Minfang, non-executive chairman of Danone’s infant nutrition business in Greater China.

Since then, Mengniu has repeatedly integrated the resources on hand into Yashili in order to build a professional milk powder platform.

In 2015, the company announced that it would acquire all of its milk powder business, such as “mengshili” milk powder. Under the “matchmaking” of Mengniu, Yashili also reached a strategic cooperation with Arla, a Danish organic milk powder, for distribution in China.

So, if Yashili is really privatized, what benefits will Mengniu get?

At present, Yashili operates infant formula milk powder including Yashili, ruifuen, Dumex, Dora lamb, Arla baby and me, and sells a variety of nutritional foods including adult milk powder and prepared products. As the first Chinese milk powder brand to set up its own factory in New Zealand, Yashili’s New Zealand factory was also considered to be an important part of Mengniu’s international layout. 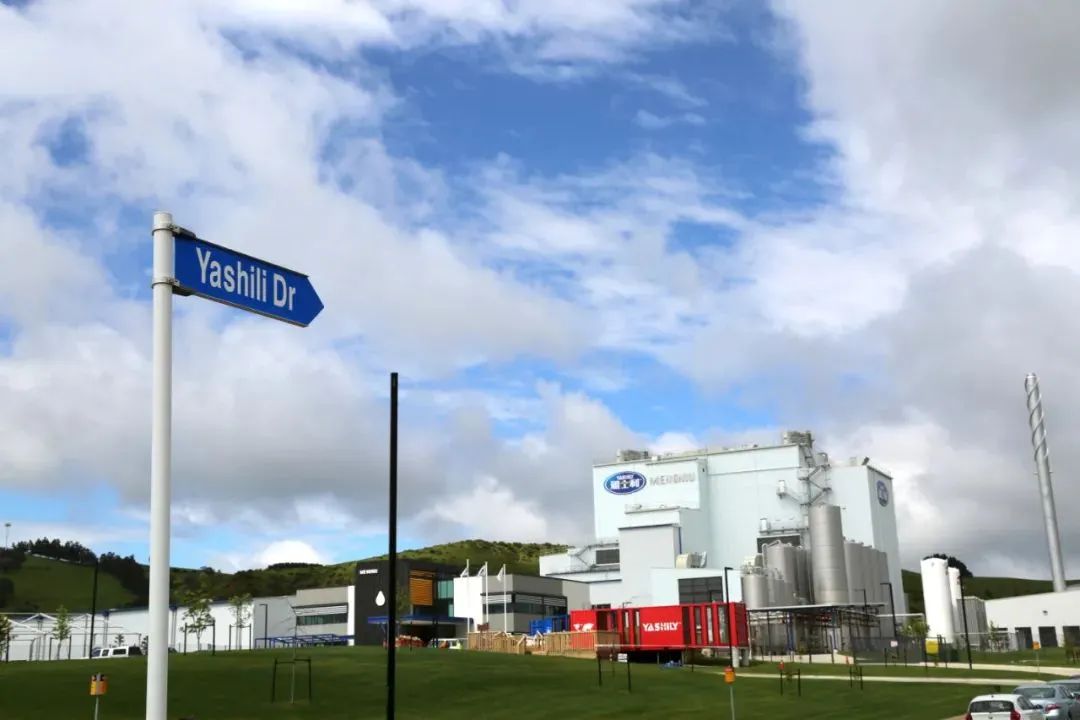 Previously, from the perspective of the senior management team, Yashili has a strong Mengniu color. Xiaoshidai introduced that in January 2020, Yan Zhiyuan was appointed as the new CEO of Yashili. He is the first “leader” from Mengniu system in Yashili’s history and once served as the general manager of the sales management center of the normal temperature division of Mengniu Group. 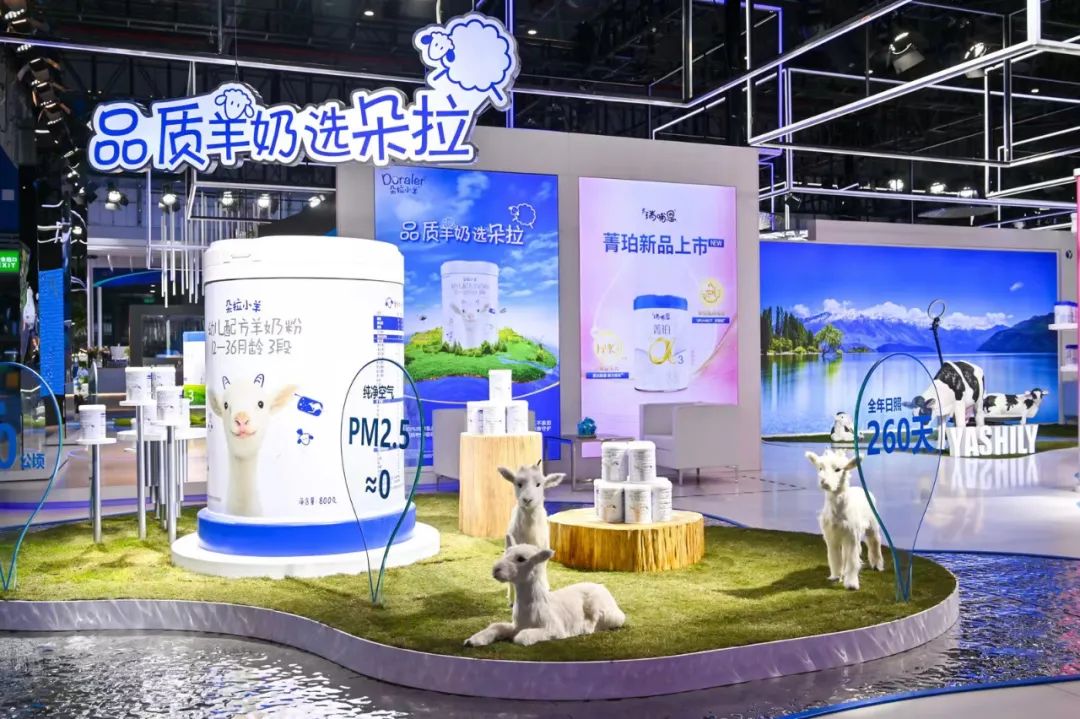 At present, Yashili has become one of the main forces of Mengniu milk powder. According to Mengniu’s 2020 annual report, its annual milk powder income was 4.573 billion yuan, mainly including income from Yashili and Bellamy. According to Yashili’s performance in 2020, the company’s annual revenue reached 3.649.2 billion yuan. Among them, the sales revenue of milk powder products was 2.975.6 billion yuan, an increase of 12.3% over the previous year.

However, it is worth noting that Bellamy, an Australian organic infant formula and infant food manufacturer acquired by Mengniu in late 2019, is currently a member of Mengniu international business department. That is, Bellamy is not among Yashili listed companies.

Whether Bellamy’s business will operate independently or be integrated into Yashili platform is the most concerned issue of analysts after Bellamy’s acquisition. Mengniu’s initial idea was that Bellamy and Yashili would operate independently from the perspective of operation, “because the brands, channels and business models of the two businesses are very different”. 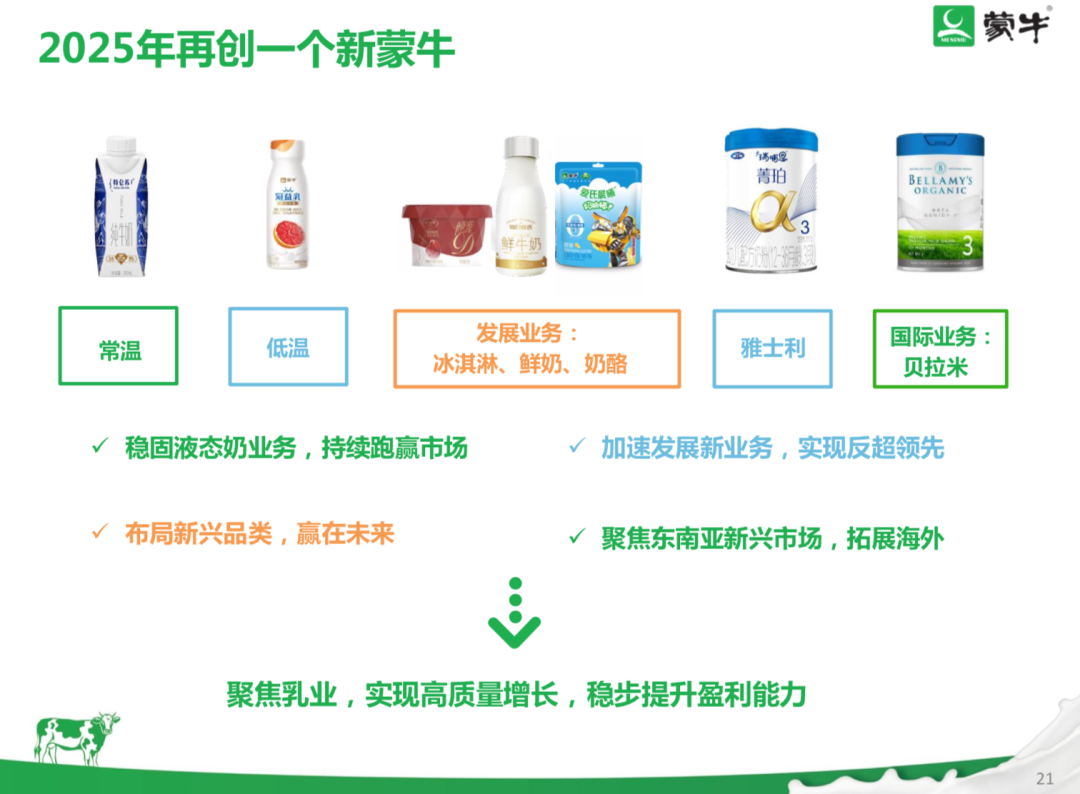 Interim performance data of Mengniu in 2021

However, facing the changes and challenges of the internal and external environment of the milk powder industry, Mengniu now needs to strengthen the milk powder business more urgently. With hopes on Yashili and Bellamy, Mengniu had proposed the goal of “10 billion milk powder in three years” in 2020.

Lu Minfang, President of Mengniu, once said at the mid-term performance meeting in 2020 that the milk powder business “can’t enter the top three (Nationwide) without 10 billion, so the goal must be to make 10 billion”. He also said that Mengniu has set a goal of 10 billion yuan in three years for Yashili and Bellamy. 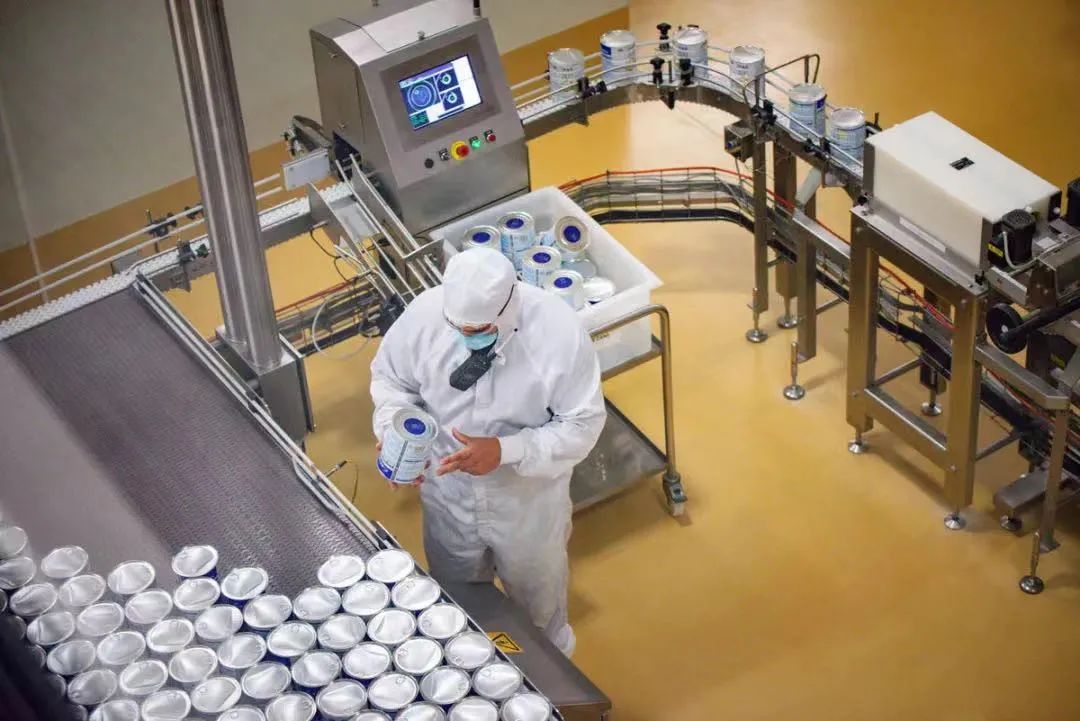 Link: how many barriers should privatization pass?

According to the information on behalf of Xiaoshi, the privatization of Hong Kong listed companies can be divided into two ways: agreement arrangement and voluntary offer. The company to be privatized must issue an announcement to the shareholders on the privatization proposal.

Pay attention to “xiaoshidai” (wechat: foodinc) “and reply to” Yashili “to see the wonderful news.