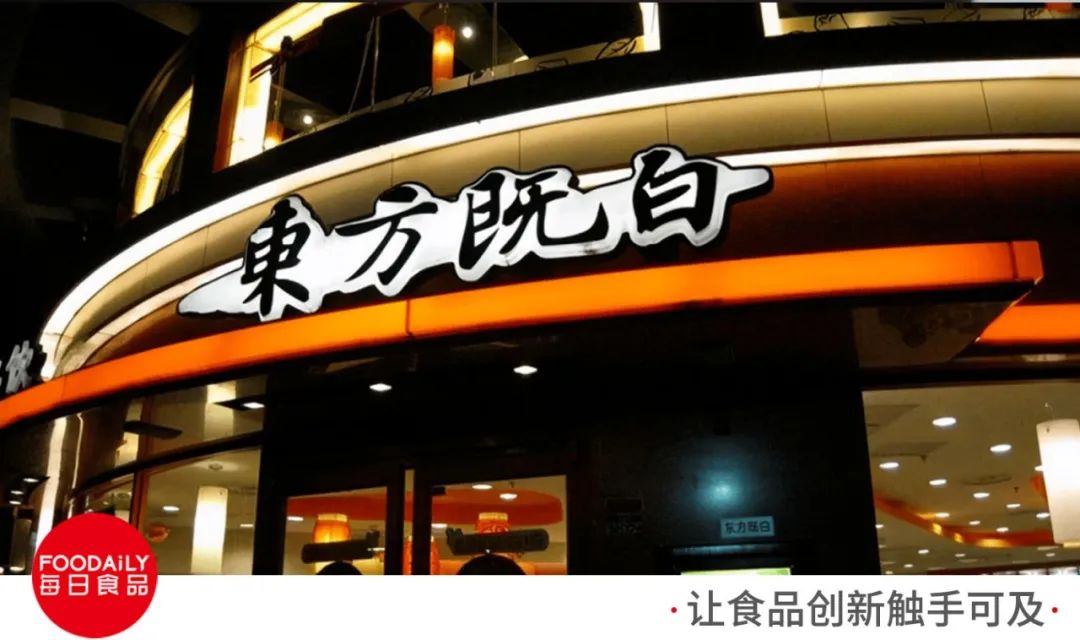 “It should have been shut down 10 years ago”. With the disappearance of this catering brand, netizens did not mourn, but “expected” one-sided.
All these are from Dongfang Jibai, a Chinese fast food brand that has long shown signs of decline in the past few years.
Recently, yum China released its 2021 annual report, announcing the termination of the operation of its Chinese fast food brand “Dongfang Zibai”. As of December 31, 2021, there are five Dongfang Zibai stores in China, and all stores are planned to be permanently closed in 2022.
It is estimated that many people have never heard of the name “East is both white and East is both white”, which sounds quite Chinese cultural charm. It is said that it originated from the famous sentence of Su Shi, one of the “eight masters of Tang and Song Dynasties”: “phase and pillow in the boat, I don’t know the white of the East”.
In 2004, the global catering giant Yum group announced its entry into the Chinese food market. Dongfang white is also the fifth largest catering brand launched after KFC, pizza hut, Pizza Hut express and Taco Bell.
In May 2004, Dongfang Jibai experimental restaurant opened in Dahua, Shanghai. On April 27, 2005, a Chinese fast food chain named “Dongfang Jibai” officially opened in Xujiahui.
Backed by the big tree of Yum China, Dongfang is both white and bold. From SKU to site selection, Dongfang is both white and has several characteristics:
First, it is multi category and standardized. Dongfang Yibai SKU covers many cuisines from south to north. It has meals with Sichuan, Shanghai and other flavors. At most, there are about 200 SKUs (a single product). Dongfang Yibai has not only breakfast and dinner, but also dessert and afternoon tea.
Second, the price is 20-30 yuan per capita, which is still close to the people, especially compared with the real Kung Fu of 40-50 yuan per capita. However, the location of Dongfang is not only white, but also tends to be in the business district where Yum is good at, especially office buildings, rather than in the favorite community neighborhood of traditional fast food restaurants.
Therefore, even though Yum China has come up with several solutions, it still can not escape the reality that the East is not clear about its positioning and whether high is not low:
When it comes to the high-end, its products are not distinctive and compelling. When it comes to civilians, the East is white and open in the business district, but does not cover the residential area. Moreover, the way of dining is neither east nor west, which has become the “four dissimilarities”.
Soon after its establishment, Dongfang was both white and full of confidence in itself. Gu haozhong, general manager of the brand, said: “we want to become the most popular Chinese fast food.”
However, when it was really launched on the market, there were some negative voices, “lack of characteristics in taste and quality”, and there were more negative public opinions. Finally, Su Jingshi, then president of Yum Greater China, had to respond, “the Chinese market is a market with complex tastes. We must mobilize all the strength of the group in choosing the quality and flavor of food.” 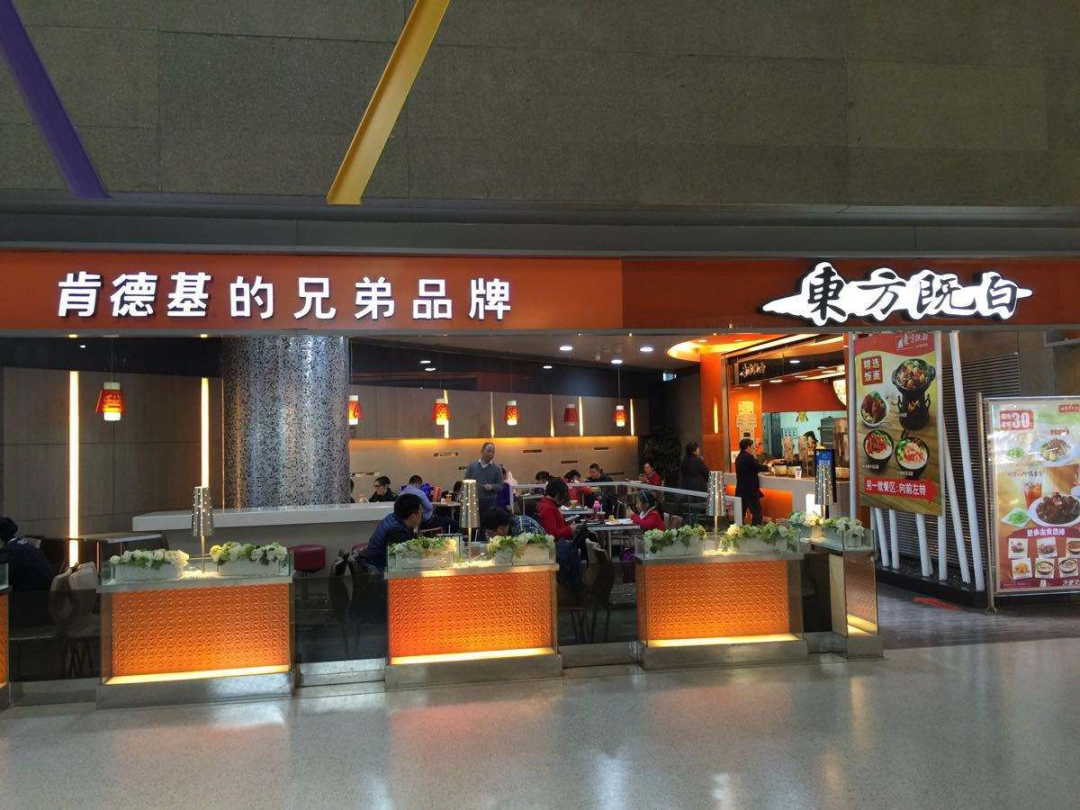 what has dragged down the eastern white?
Why did the East fall when it was white?
Think about it carefully. If foreign investors want to be a Chinese fast food brand, in fact, the most easily ignored factor is the local factor. The reason for the neglect is that giants already have path dependence in catering. Once there is a successful precedent, they like to imitate, which is understandable. But Yum! China has KFC. How many new brands can make Chinese people adapt or love? The East is white and may never really think about it.
Yum China is always almost interested in cooking Chinese food. The reason may be that it is unable to determine its goal from thousands of choices. There are too many tastes in China, and you can’t meet everyone. Therefore, you should first think clearly about which region, taste and payment capacity you want to focus on.
For fast food, the first thing is cost performance and convenience. Most users of fast food are office workers and mobile people. For these people, convenience is undoubtedly the first factor to be valued, even before taste.
The later site selection of Dongfang Jibai is basically in transportation hubs and scenic spots, such as Beijing Capital Airport, Beijing South Railway Station and Xi’an Xianyang Airport. These site selection itself has no big problem. The key is whether they can cultivate a certain reputation crowd and make them have sustainable purchase behavior in other regions. 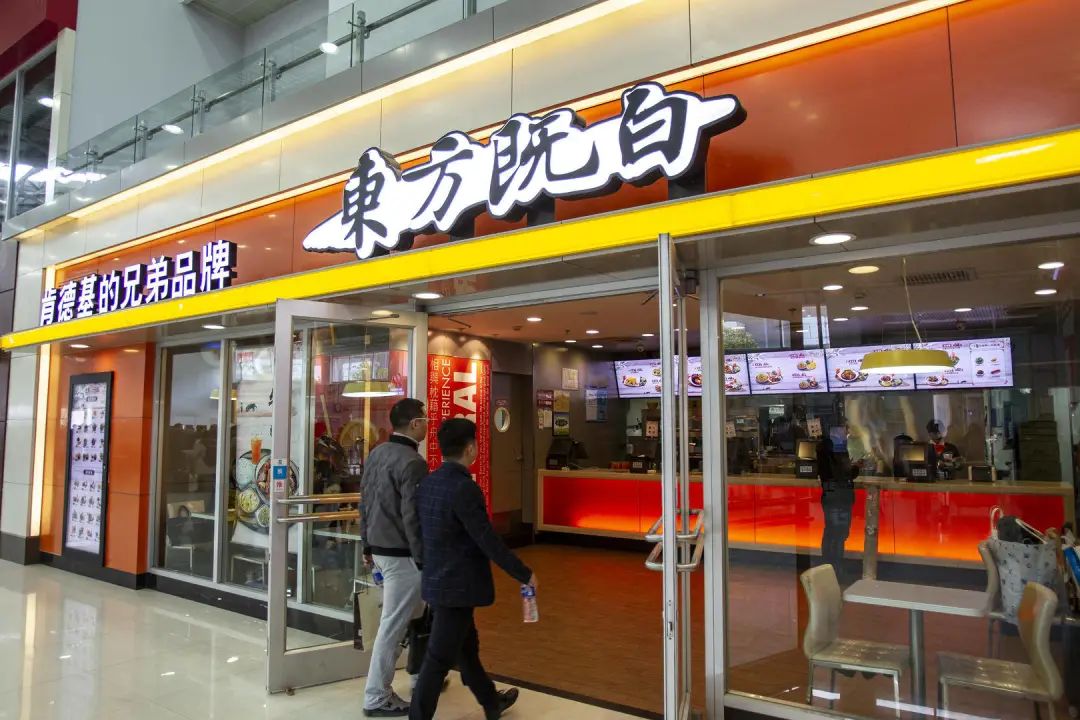 The second is the taste. Among the main products of Oriental white, similar to chicken steak and pork steak rice, customers also need to dip it in black pepper juice. This eating method may not meet the scene of rush time, and it has no characteristics compared with other tea restaurants, so its positioning is a little embarrassing. For a long time, Dongfang Jibai didn’t have any signature dishes and homemade dishes, which has been a problem that has plagued Dongfang Jibai for many years.
Chinese food is standardized. If it lacks characteristics, it is similar to roadside boxed lunch or covered rice. Only for this point, why do users have to eat a high-priced ordinary boxed lunch in a hurry? It’s better to change your taste and eat a western fast food.
In the most difficult days of Dongfang Baibai, it didn’t want to save itself. It announced a strategic adjustment in 2020. Dongfang not only sold steamed stuffed buns for nothing, but also made Huaiyang cuisine, but all ended in failure in the end.
Not only is Dongfang Yibai, any fast food product or brand should have its own exclusive characteristics. For example, when it comes to KFC, a group of users love to suck the original chicken. When it comes to Dongfang Yibai, maybe many users don’t leave any impression, which is the reason why Dongfang Yibai is difficult to succeed.
Zhu danpeng, an analyst of China’s food industry, once said that Western food and Chinese food are two different systems, separated by lines and mountains. “Chinese food pays attention to accurate docking. If you use foreign simple standardized chain thinking to make Chinese food, the effect will be greatly reduced.” Some people in the industry believe that the business models such as “central kitchen” and “franchise” are no longer the patents of “foreign fast food”, and the local rising Chinese fast food can also be learned, and the products are more distinctive than the East.
The East is white and looks good, but in fact everything is bad.

Chinese fast food has no standard answer
Seeing that all kinds of efforts in Dongfang Yibai have not been effective, yum China began to rush for medical treatment, and constantly acquired local brands, which is quite anxious.
In addition to the most famous KFC and pizza hut, yum China’s catering brand portfolio also includes Xiaofeiyang, Huang Jihuang, Lavazza, coffii & joy, Taco Bell, etc.
In April 2020, yum China completed the acquisition of Huang Jihuang, and then established a Chinese food department to manage the corresponding Chinese food brands.
After the acquisition, the growth benefits brought by these brands were not obvious, but also dragged down the performance of Yum China. According to the annual report of Yum China in 2021, the business income of other segments including Xiaofeiyang, Huang Jihuang, Dongfang Jibai, Lavazza and other brands was US $473 million, the operating profit margin of the restaurant was – 20.8%, and the operating loss was US $29 million, a significant increase from the loss of US $7 million in the same period of the previous year. 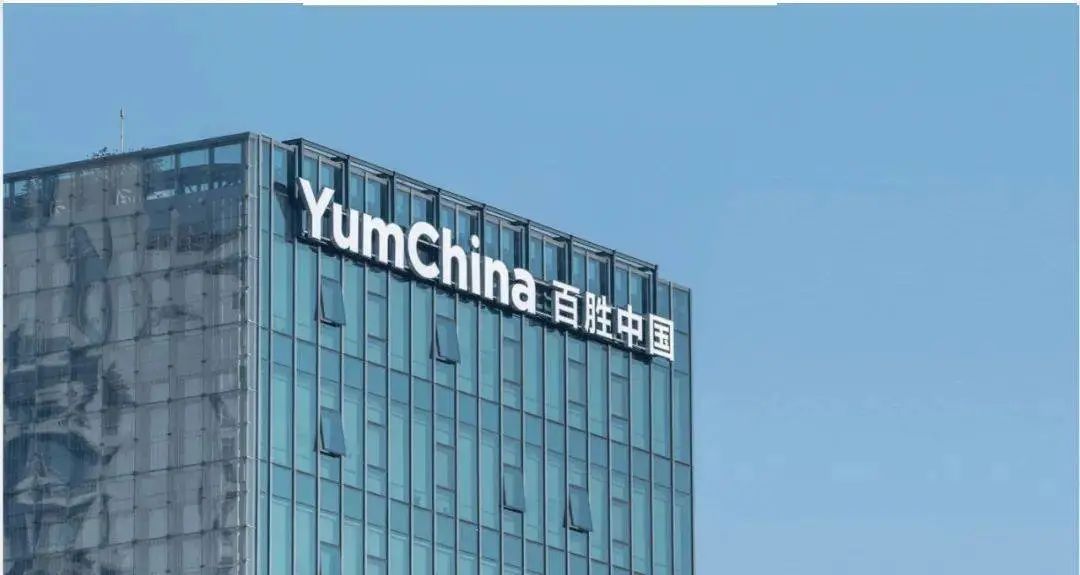 According to the financial report, the total revenue of Yum China in 2021 was US $9.85 billion, an increase of 19% from US $8.26 billion in the same period last year. Although the overall business is recovering, the growth of new business is weak and the loss is expanding. Yum China’s financial report is not good.
In addition, yum China’s share price has been falling since it was listed. According to media reports, within a few days of Yum China’s listing in Hong Kong, the share price has been lower than the IPO issue price of HK $412 / share. At present, the share price is about HK $360, which is still far lower than the issue price.
Not only is the East white, but even little sheep is also on the “broken arm” list of Yum China. According to times finance, yum China bought Chinese hot-pot/" 22375 rel="nofollow" target="_self">hot pot Xiaofeiyang for 4.6 billion yuan in 2012, which was also delisted from the Hong Kong stock exchange. Although Yum China has made great efforts to carry out a series of standardized transformation on Xiaofeiyang, and has upgraded its brand and structure adjustment. The number of Xiaofeiyang stores once exceeded 700, but now there are only 250 stores left. 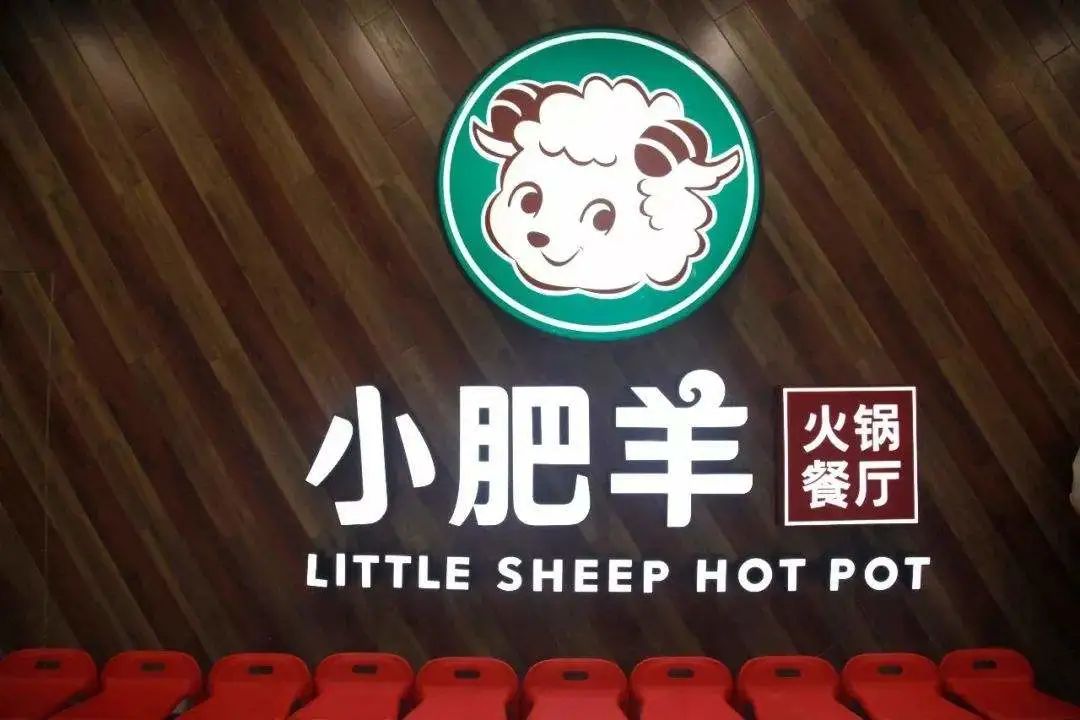 Of course, for enterprises of Yum China, it is normal for sub brands or new brands to fall into business crisis and cannot copy the next KFC. No one can always succeed. Whether Yum China or other giant brands, they may not be able to do a good job in Chinese food brands. There is still room for trial and error. Stop sinking costs and continue to explore. At present, it may be the most appropriate choice for giants.
Perhaps, there is no standard answer to Chinese fast food. What matters is how you make the characteristics? hot-pot/" 22375 rel="nofollow" target="_self">Hot Pot? Noodle & Pastries? Tea restaurant? pancake rolled with crisp fritter? Spicy hot-pot/" 22375 rel="nofollow" target="_self">Hot Pot? Wonton dumplings? You have to choose a category. You can’t want to do everything.
In the next step, yum China will put its hope of making Chinese food on Xiaofeiyang and Huang Jihuang. Yum China once again stressed in its 2021 annual report that it will develop emerging brands such as Xiaofeiyang. Perhaps with the failure experience of Dongfang Yibai, yum China can readjust its strategy and continue to start.
reference material:
[1] “The East is white, failed to usher in” dawn “, Red Star News;
[2] “Oriental White is permanently shut down? Why will giant Yum lose Chinese food?”, First finance
Author: July; Source: Chief Business Review (ID: chreview), reprint authorized. Reprint authorization and media business cooperation: Amy (wechat: 13701559246); Foodaily Expo 2022] in line with the original intention of providing the whole value chain and one-stop industrial innovation services for the industry, foodaily Expo 2022 (2022.05.31-06.02, Shanghai) is further upgraded. In addition to the upstream and downstream of the food industry, it also covers and gathers multiple resources such as e-commerce, social media, traffic, channels and capital, aiming to bring you an annual innovation feast. Here, products, content, technology, marketing and other aspects related to food & brand innovation will be presented in the form of “professional exhibition + innovative content + interactive experience”, breaking through and differentiating in the consistent form of industry exhibition.