How will the unified mainland business with tangdaren, kaixiaozao, Assam milk tea, Xiaoming classmate and other brands go in the future?

At the 2021 annual performance conference held a few days ago, Luo Zhixian, chairman of its parent company unified group, gave his answer: focus on operation and simple operation. “These eight words are already busy enough for us. It’s not easy to pay little attention. It’s very impetuous to pay little attention, so we should keep an eye on it every day.”. 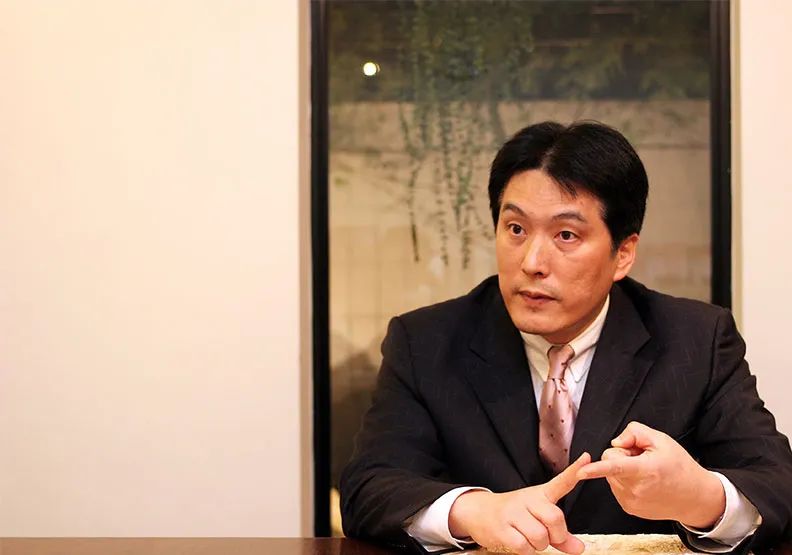 Xiaoshidai also noticed that Luo Zhixian also responded to the idea of raising the price of instant noodles and beverages, competition in the beverage industry and so on. Now, let’s listen to the leader’s latest statement.

Under the pressure of cost, a variety of food and beverage prices have been raised recently. At the beginning of this year, Riqing announced an increase in the price of instant noodles in the Japanese market. There are also market rumors that Master Kang and unified instant noodles have increased the price, but the news has not been officially confirmed.

Xiaoshidai noticed that Luo Zhixian responded at the meeting that the price rise of unified instant noodles in the channel was “Jianghu rumors, purely fictional”. Although the cost of raw materials does have an impact, it is only one part of the overall operating cost. At present, it has not reached the stage of having to raise the price.

“Consumers are forever, and the price of raw materials (rise) is temporary. Therefore, we have our rhythm between these choices, that is, whether to rise or not, and what to rise or not. We still have some discretion and mechanism. At present, I don’t think we have to go to that step.” Luo Zhixian said that the company’s current response is to try to do a good job in basic skills. 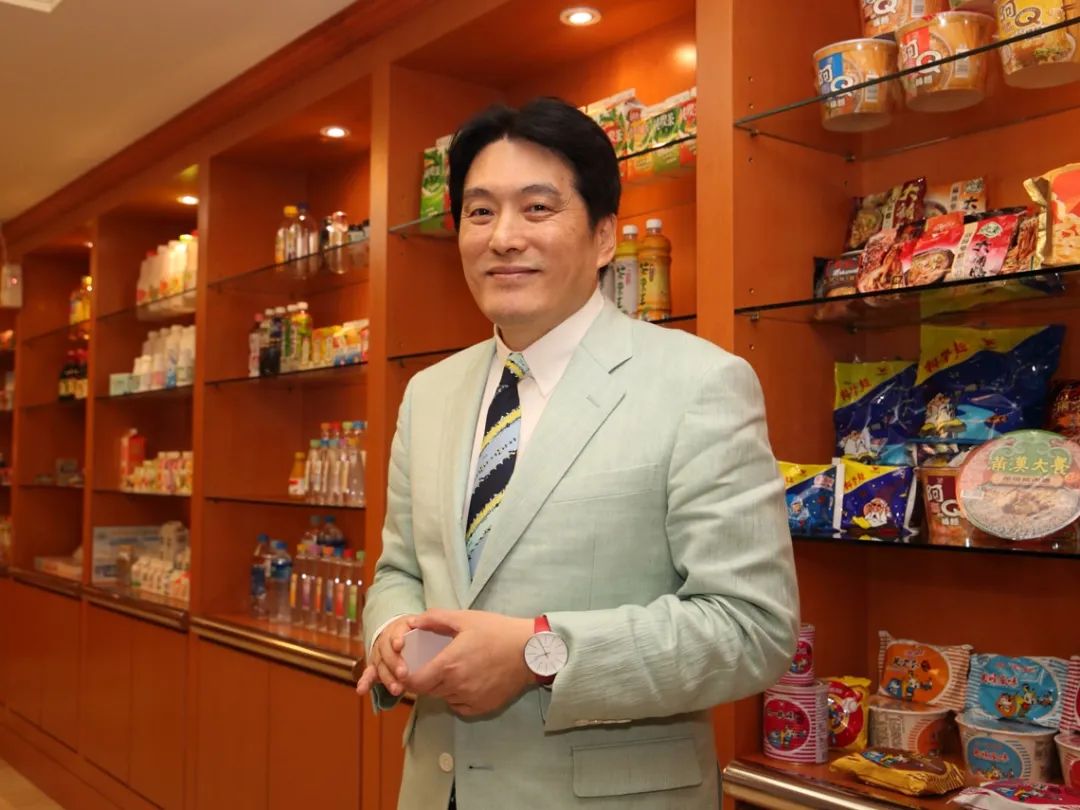 Luo Zhixian also believes that even if the price is to be raised, factors such as the fluctuation of the global macro situation also make it difficult.

“We don’t sell oil as a bulk raw material, which can rise and fall at any time. We have fixed commitments to channels and consumers, so we must have very stable conditions to rise.” He stressed that the rise in the price of unified instant noodles “is concerned about the reaction of consumers, not the reaction of opponents”.

Snack generation noted that at the meeting, some analysts asked whether the price of unified drinks could rise against the background of the rise in pet costs caused by the sharp rise in oil prices, especially the milk tea category with an absolute advantage in market share.

In this regard, Luo Zhixian said that the unified attitude towards beverage price adjustment is the same as that of instant noodles, and will not adjust the price of milk tea based on the market position. “We are a long-term manufacturer and have our own thoughts on the whole price policy. Although our milk tea is almost monopolized in the market, it does not mean that we can take whatever we want.”.

Specifically, the Chinese mainland market, unified enterprise China holding (hereinafter referred to as: unified central control) released earlier 2021 earnings report, the annual income of innovation reached 25 billion 230 million 600 thousand yuan, an increase of 10.8% over the same period. Last year, the after tax profit of unified central control was 1.5 billion yuan, a year-on-year decrease of 7.7%, which was mainly affected by the one-time income in the same period of 2020 and the rise in the price of bulk raw materials. 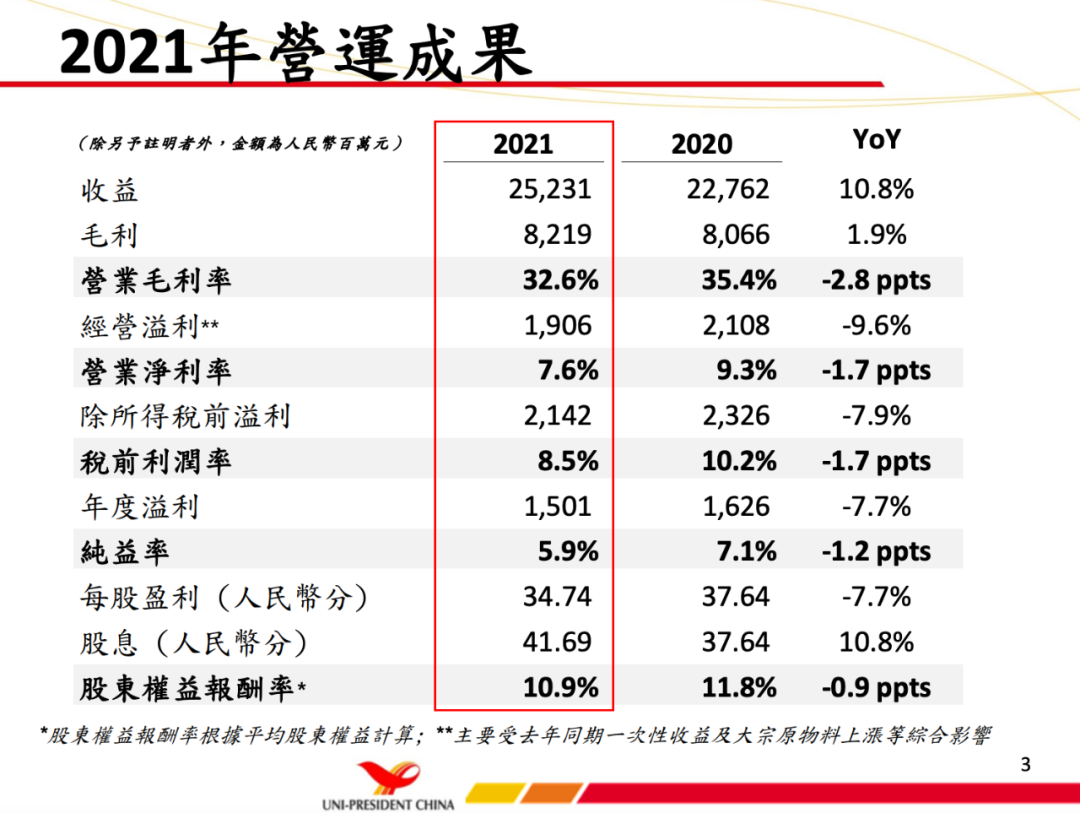 According to the data of snack generation, in 2021, the revenue of unified central control also achieved the highest growth in the past five years. Since the decline in 2014, the company’s revenue growth did not become positive until 2017, and the increase in subsequent years hovered between 1% and 5%.

“Last year was really meaningful for us. We have repeatedly stressed that last year (unified central control) was about four or five years’ pause. During this period, we saw the healthy growth of income for the first time, that is to say, we filled all the holes in the past, and there are still some surplus after filling, so we began to see a growth.” Luo Zhixian said at the meeting that unified central control has carried out organizational behavior reform in the past few years, “which is equivalent to slowly adjusting like eating traditional Chinese medicine”. 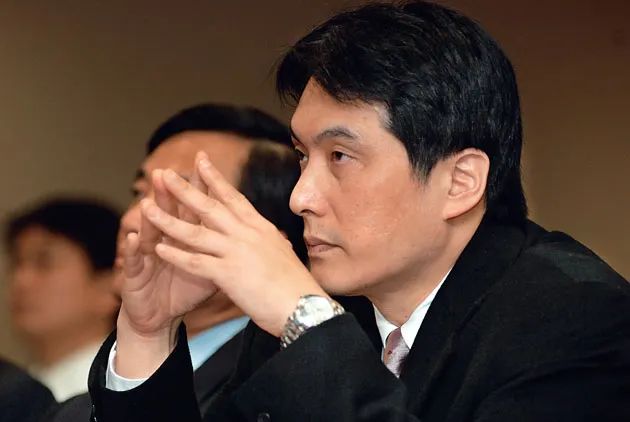 He said that for the whole unified group, stability is the most important policy, and all operations are basically based on the group’s stability and long-term prosperity. “Our (stability) policy over the past few years still needs to be sorted out, and basically every business unit is growing in this direction.”.

“Nevertheless, we still see that we have not done enough in many fields. So I think it is very important to maintain a stable growth in the future, because you can imagine that we can’t be idle. So as long as the organization becomes stable, we naturally have more efforts to find new growth opportunities, so this part is not enough In other words, we are quite at ease about the future. ” Luo Zhixian said. 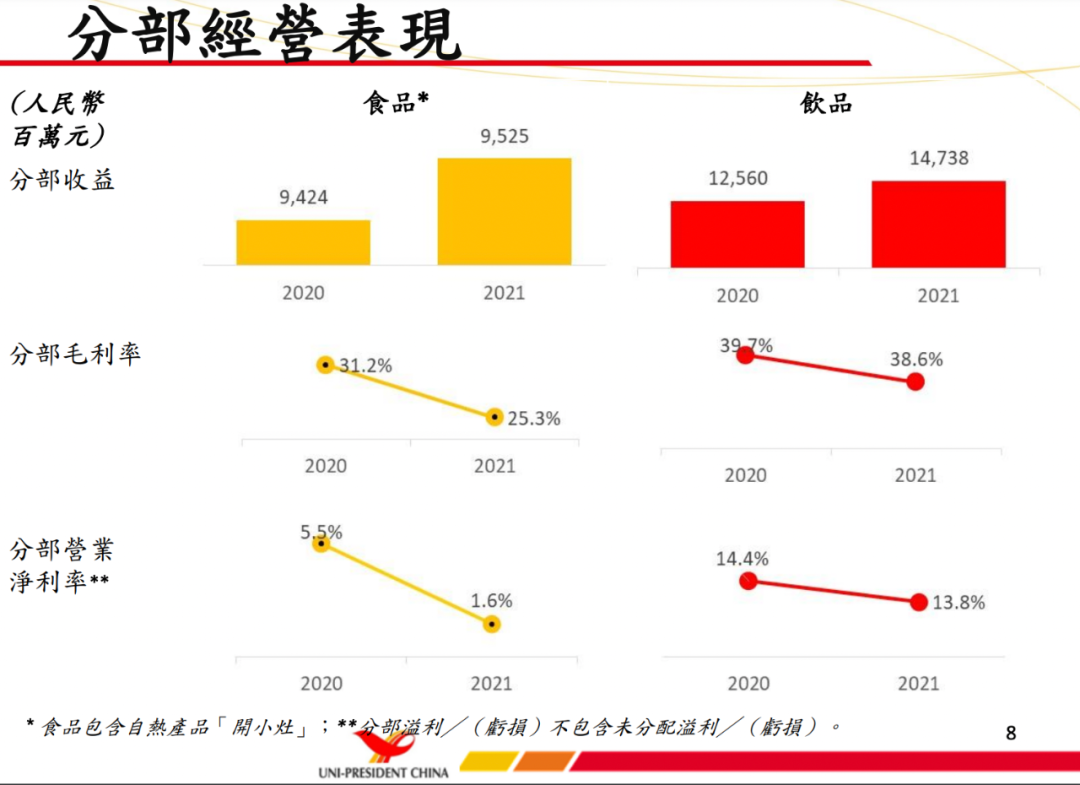 When introducing the two businesses at the meeting, the senior management of unified central control pointed out that the growth of food revenue was mainly driven by high-end, and the revenue of food above 5 yuan accounted for 41.4%, an increase of 5.8 percentage points year-on-year. Over the past two years, the compound annual growth rate of the company’s revenue of food with more than 5 yuan has reached 24%, and the compound growth rates of kaixiaozao and that street and lane have all been in the triple digits.

It is noteworthy that when commenting on the opening of small stoves, Luo Zhixian said that affected by the rapid growth of convenience food market, the brand “developed a little too fast” in the past year, and he would like to see the market calm down and polish products.

“(convenience food) Going too fast will make our internal organization appear very impetuous and take many things for granted. In fact, it will never be like this. So I think it’s a good thing to pause a little now to let everyone calm down and let us optimize all products, manufacturing technology and procedures from a more full perspective. ” Luo Zhixian said that he was personally satisfied with the current progress of the “kaixiaozao” brand and was not in a hurry to expand profits rapidly. 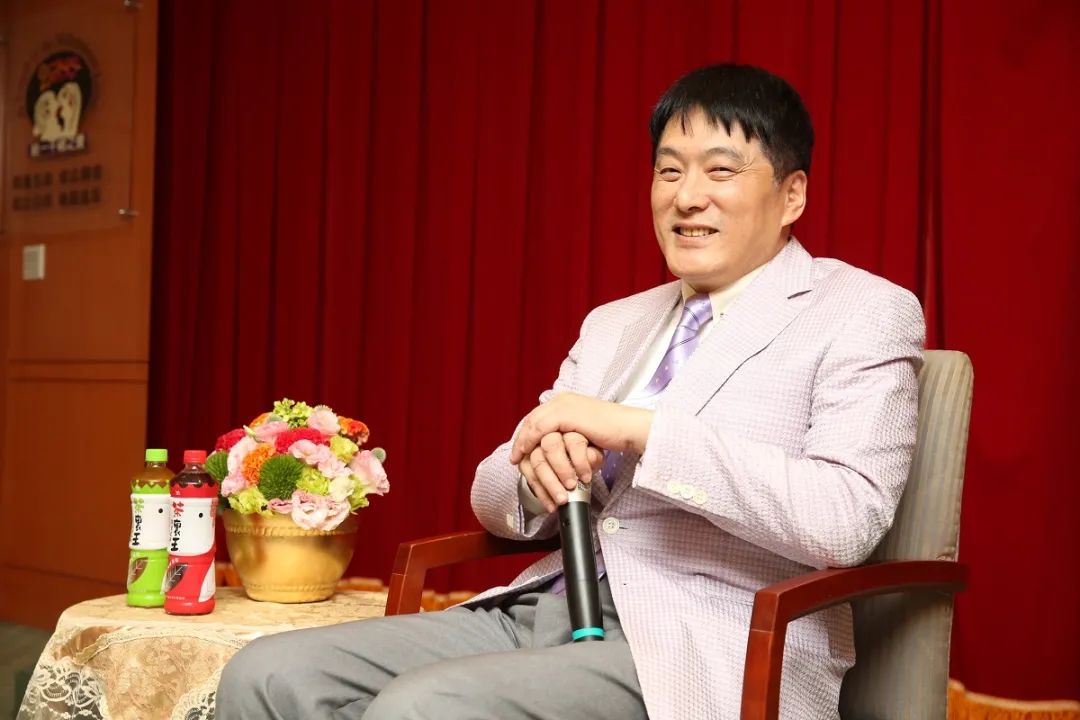 Luo Zhixian also stressed that kaixiaozao is in a category with unlimited imagination, but it is also necessary to be very cautious in internal operation. “We central control have learned too many painful lessons in the past.”.

Let’s look at the drinks. The above unified central control executives said that the overall tea beverage grew steadily. The compound annual growth rate of Assam milk tea in the past two years has maintained a double-digit level. The revenue of fruit juice increased by 40.6% in 2021, benefiting from the increase of Restaurant Channel penetration. From the perspective of single products, the annual revenue of HaiZhiYan and Xiaoming recovered to more than 500 million, with double-digit year-on-year growth last year. The annual revenue of unified green tea exceeded 3 billion, an increase of 10% over the same period in 2020. 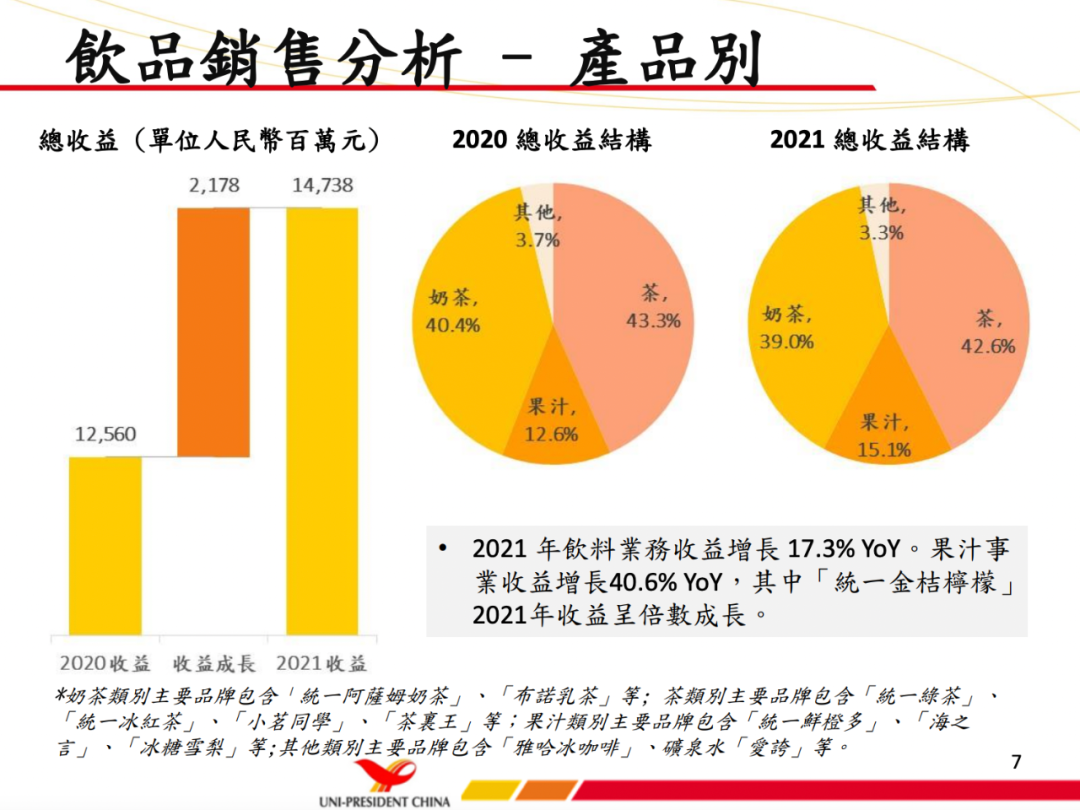 Xiaoshidai noticed that some analysts said at the meeting that unifying the high-end food in the past few years has achieved results, but the high-end beverage has stopped a little after HaiZhiYan and Xiaoming. In the face of rivals such as Yuanqi forest and nongnongshan spring actively promoting high-end, what are the unified relevant strategies?

In this regard, Luo Zhixian responded that the high-end of unified beverage “did not stop”, but its relative performance was not so prominent. Considering the capacity utilization and overall consumption environment, the group will still give priority to promoting the development of Pratt Whitney products. We kept the pace of the past in product mix deployment, but we didn’t shout for high-end products. 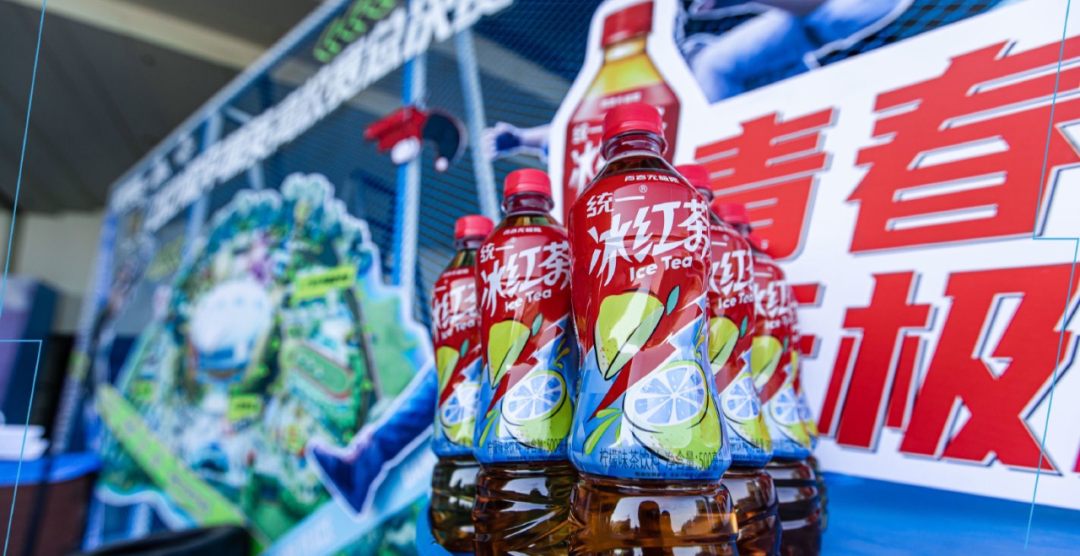 Looking ahead to the beverage market, Luo Zhixian believes that this is still a very attractive industry. Every year, we can see that some new manufacturers want to join, and the competition will only become more and more fierce. Unified drinks will continue to “go its own way”.

“We don’t care much about what others are doing, because the market is so big that it will be more important for us to do well.” Luo Zhixian said.

Pay attention to “xiaoshidai” (wechat: foodinc) “and reply to” unified “to watch the wonderful news.