The “pit pickled cabbage gate” of 315 party is still fermenting. Today, in addition to the response of Master Kang and unified enterprises, regulatory authorities at all levels and catering enterprises specializing in pickled vegetable products have also issued statements one after another.

In fact, as the “soul raw material” of many instant noodles and pickled cabbage fish, pickled cabbage has become an industry with a scale of nearly 10 billion. Insiders pointed out to the snack generation that the thunder explosion will bring a great blow to pickled vegetables and surrounding industries in the short term, but it will contribute to benign and healthy development in the long run. 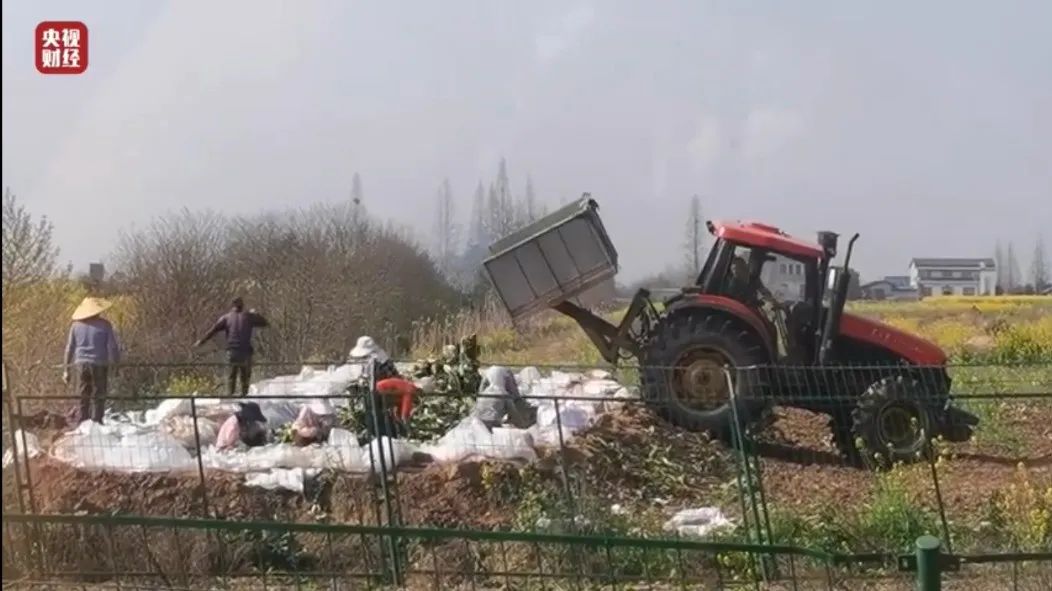 Let’s take a look at the responses of relevant enterprises.

Master Kang once again announced today that the flag inserting vegetable industry provides pickled vegetables to its four factories in Jiangmen, Wuhan, Xi’an and Xinjiang. The company has terminated its supplier qualification, cancelled all cooperation and started the off shelf recycling of relevant products. “We apologize again and will continue to strengthen supplier management.”.

The contents of the two versions of the statement issued by unified enterprise are obviously different. Xiaoshidai noticed that the company first announced in the statement on the use of raw materials for pickled cabbage bags on its official website yesterday that “in the past five years, Hunan flag inserting company has no longer been the supplier of raw materials for pickled cabbage bags of our company” and “our company has immediately stopped the supplier qualification of Hunan Jinrui company and investigated the possible management problems”. 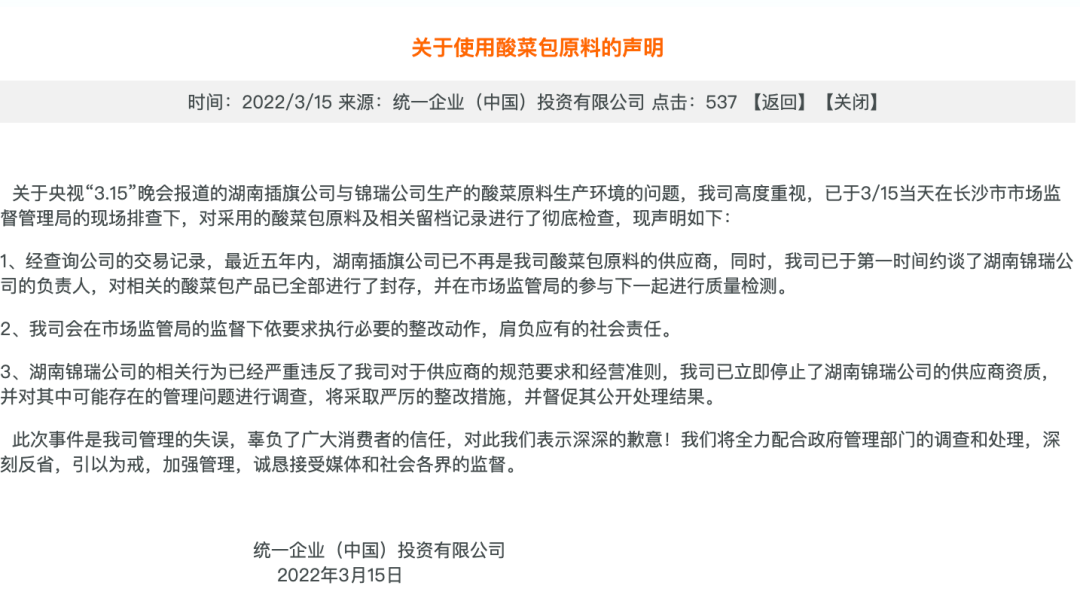 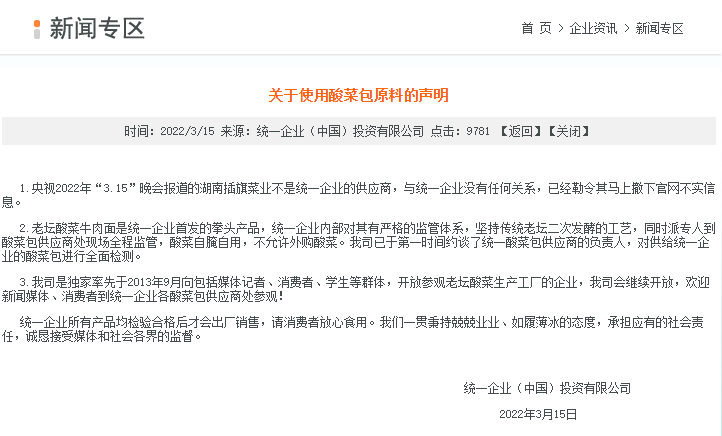 However, in the above unified official website, these statements have disappeared. On the contrary, the latest version of the “statement on the use of raw materials of pickled cabbage bags” said that “Hunan flag inserting vegetable industry is not a supplier of unified enterprise and has nothing to do with unified enterprise”. In addition, the statement did not mention Hunan Jinrui company.

In the subsequent event progress statement, Wugu Yufen said that Hunan flag planting vegetable industry “proved that the pickled vegetables provided to our company came from the indoor standard pool”. At the same time, Wugu Yufen also announced that it would terminate its cooperative relationship with Hunan flag planting vegetable industry Co., Ltd. and cancel its supplier qualification. 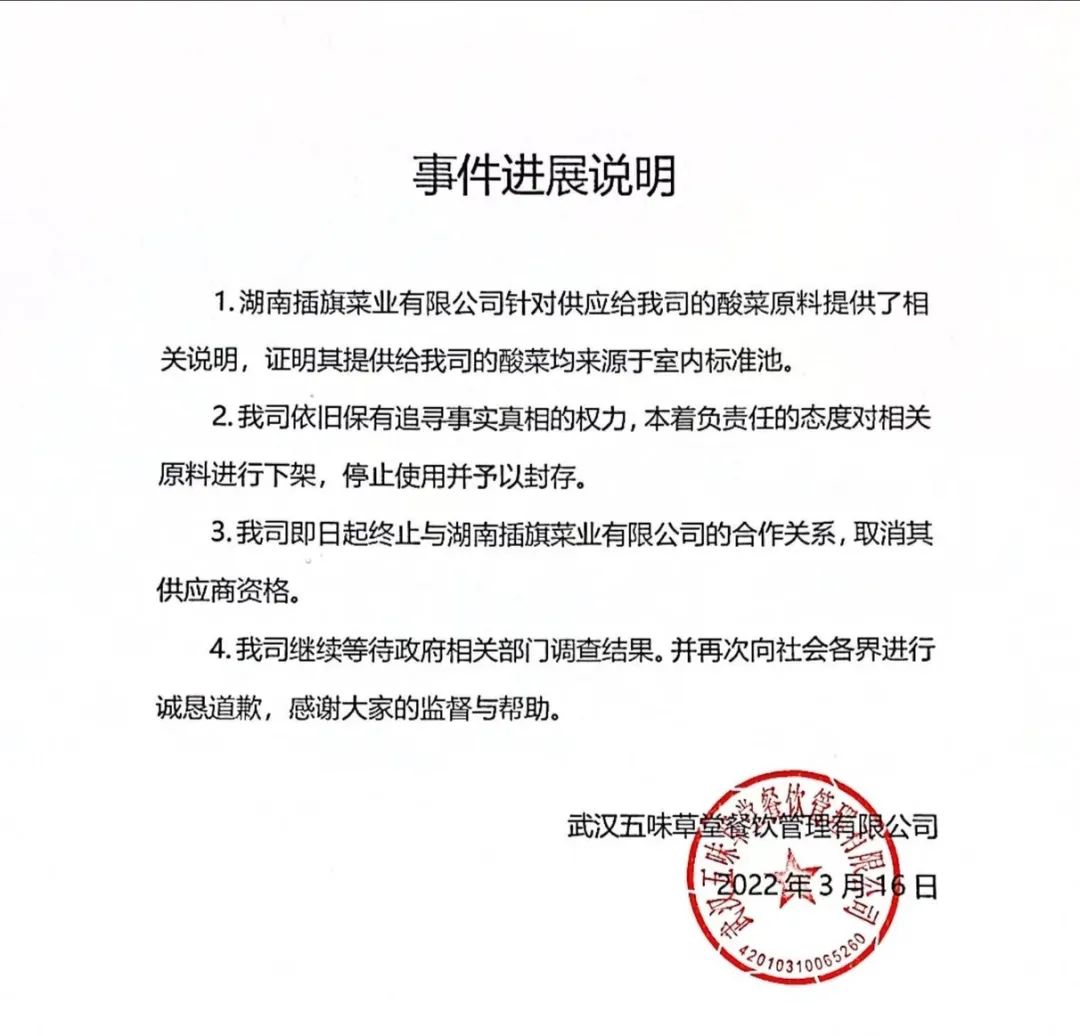 In addition, two other well-known instant noodles also took the initiative to respond. Among them, Jin Mailang said that “he has never purchased pickled cabbage bag products exposed in March 15 party”. Baixiang food said that “it has never cooperated with the flag vegetable industry”. It’s not just instant noodles. Catering brands that focus on relevant dishes, such as Taier pickled fish and Shitou brand stewed flavor research institute, have also issued a pickled vegetable safety report to “get rid of the relationship”.

After the incident was exposed, regulatory authorities at all levels also took action successively. The snack agent noticed that the Yueyang Municipal Party committee and municipal government where the suppliers involved were located sealed all products on site, controlled the relevant personnel of the enterprise, immediately launched retroactive recall measures for export products, and comprehensively stopped farmers’ pit pickling.

This afternoon, the State Administration of market supervision said that it required the market supervision departments of Hunan and Henan provinces to thoroughly investigate and strictly punish the illegal acts of food production and operation, immediately seal up the food production and operation enterprises exposed in the “March 15” evening party, and order the enterprises to comprehensively take off the shelves and recall the products involved.

The General Administration also requested local market supervision departments to order food producers and operators who purchase and use the products involved as raw materials to take off the shelves and recall the relevant products, and strictly investigate and deal with violations of laws and regulations in accordance with the law. 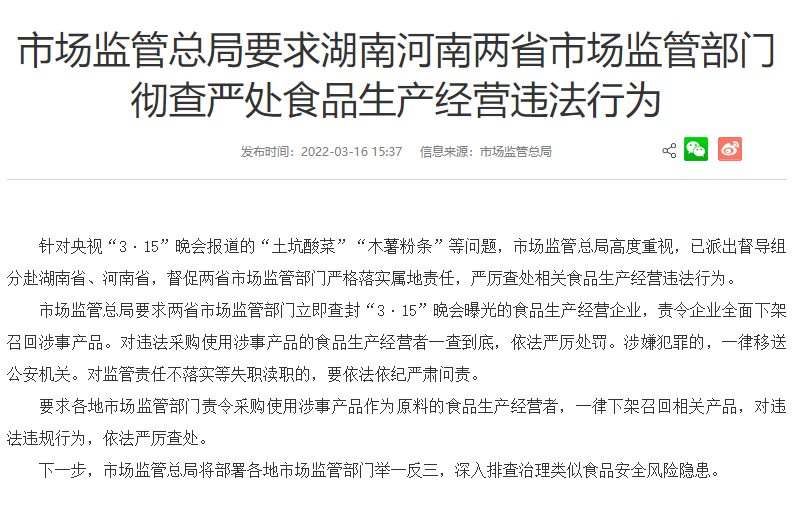 At present, it is widely used in Sichuan hot instant noodles and compound instant noodles. In the process of its concept from local to national, we have to mention Master Kang and unity. The laotan pickled vegetable beef noodles launched by the two giants have become phenomenal single products, and many people were impressed by the previous advertising war. 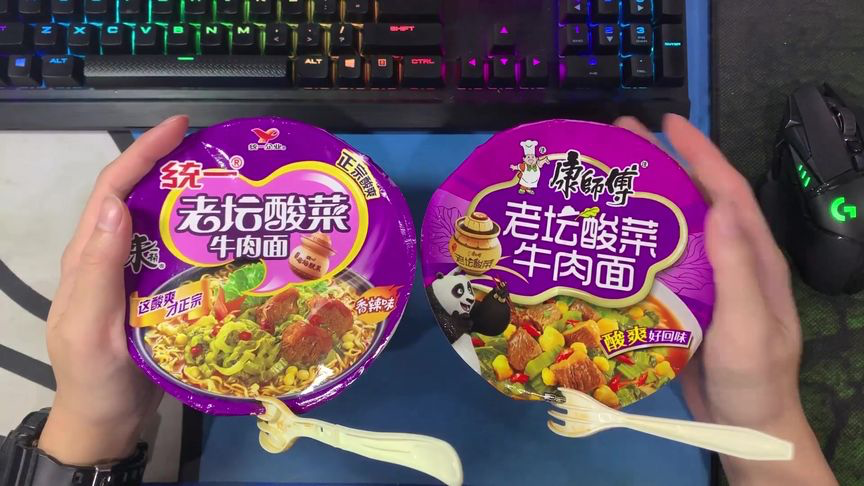 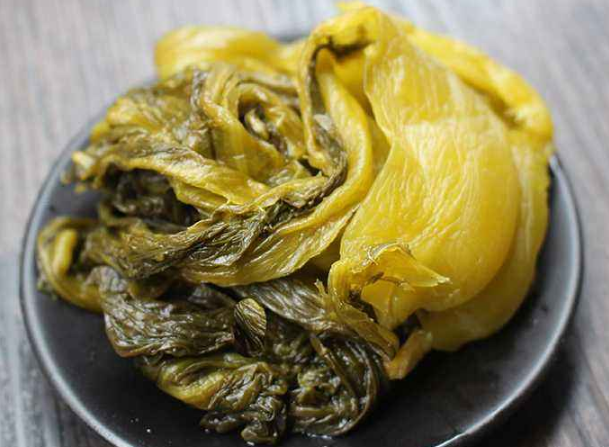 At present, sauerkraut has developed into a market with a scale of nearly 10 billion. According to the data quoted by Zhu Laoliu, a listed company of the Beijing stock exchange, in the 2021 semi annual report, it is expected that by 2020, the market scale of China’s pickled vegetable industry will reach 8.33 billion yuan. Among them, northeast sauerkraut accounts for half of China’s sauerkraut market.

Zhu danpeng, an analyst of China’s food industry, pointed out to xiaoshidai today that although the explosion of pickled cabbage industry will bring a great blow in the short term, the market is expected to enter a healthy and orderly development node in the future with the joint efforts of policy, industry and consumption.