The financial report shows that in the past six months as of January 31, 2022, the total revenue of Fonterra cooperative group was NZ $10.797 billion, an increase of 9%; The adjusted after tax profit was NZ $364 million, down 13%; The adjusted EBIT of the group was NZ $607 million, down 11%. In view of the record high purchase price of raw milk, the group decided to pay an interim dividend of NZ $0.05.

“In the first half of the fiscal year, the average cost of raw milk increased by nearly 30% year-on-year. We still made a profit despite a significant increase in input costs. This shows that we can ensure good performance even if the purchase price of raw milk is high.” Miles Hurrell, chief executive of Fonterra, said today that on this basis, it is expected to achieve the 2030 goal set by the group. 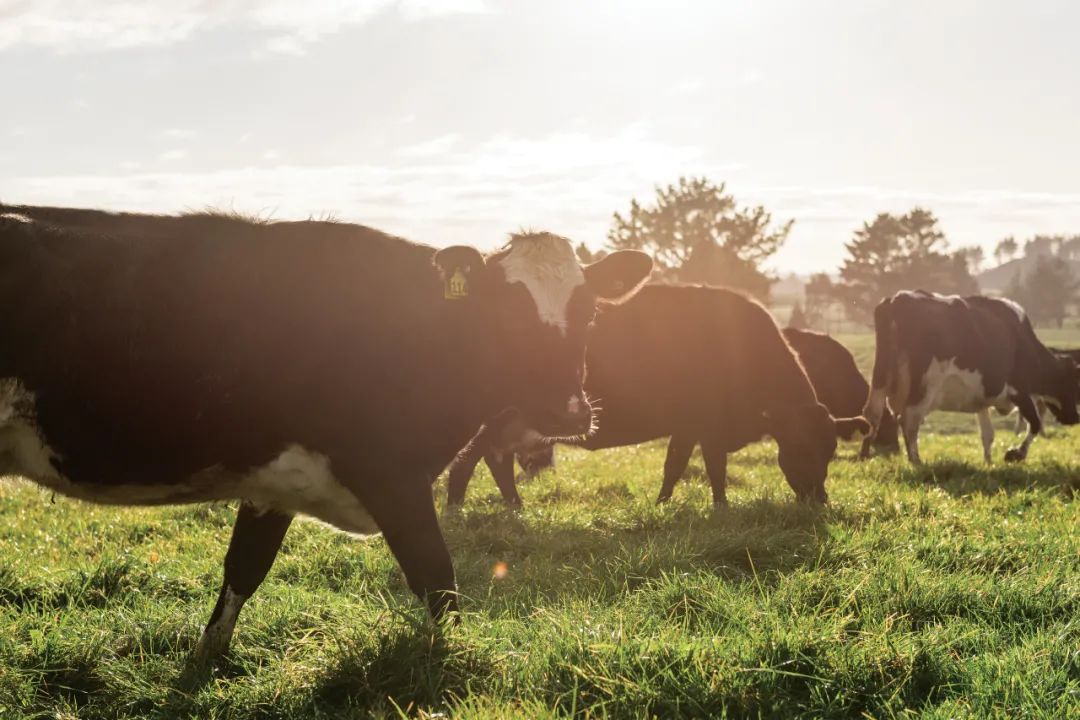 Xiaoshidai noticed that in Greater China, the income of the dairy giant increased, but as expected, the profit fell due to the impact of high milk prices.

The company said it was continuing to meet the needs of customers and consumers through product innovation and innovation in application methods. Interestingly, a popular “pop” new dish during the Spring Festival was named and praised by Hurrell today.

The revenue in China is about 15 billion yuan

According to the performance presentation of xiaoshidai, in the first half of fiscal year 2022, Fonterra’s revenue in Greater China was NZ $3.452 billion (about RMB 14.987 billion), a year-on-year increase of 13%; Adjusted profit before interest and tax (EBIT) was 236 million New Zealand dollars (about 1.025 billion yuan), a year-on-year decrease of 20%. 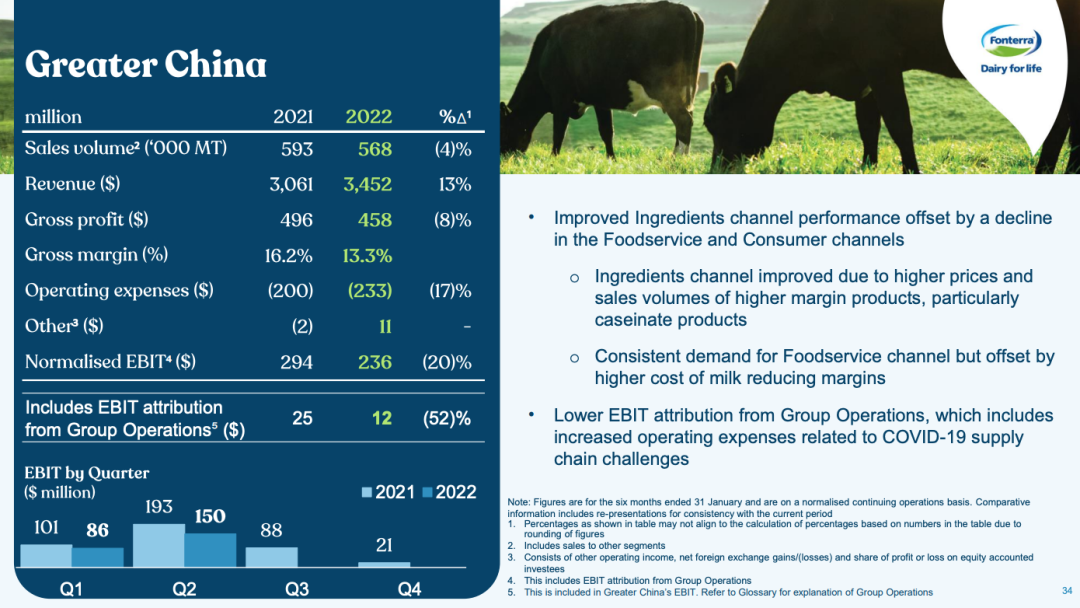 Xiaoshidai saw in the presentation that Fonterra also listed the performance of each business segment in Greater China separately. In terms of sales, in the first half of fiscal year 2022, the sales of raw materials, catering services and consumer brands all declined slightly. 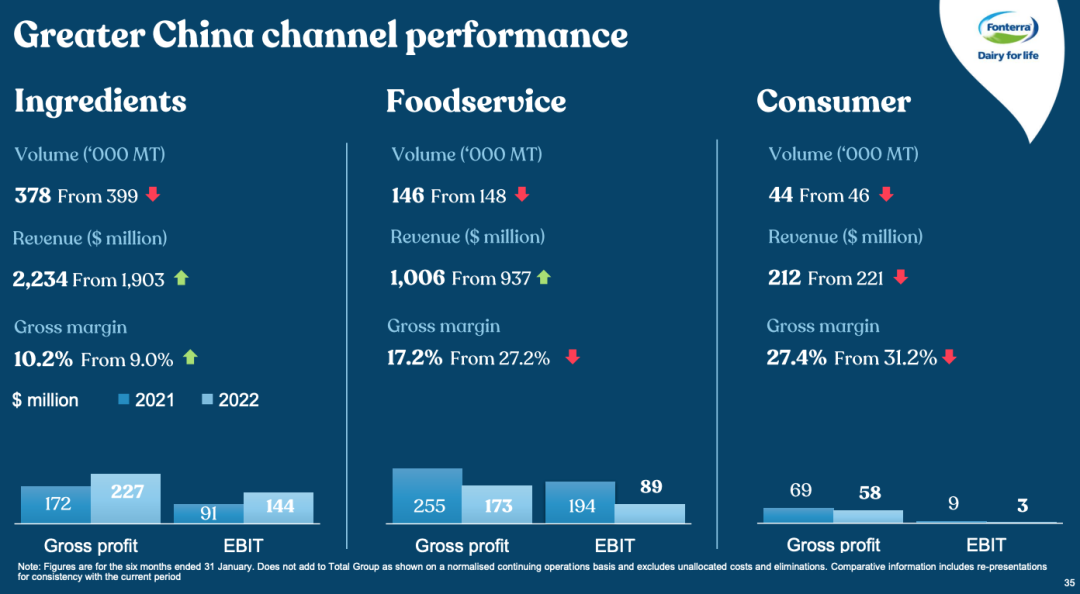 Fonterra pointed out that the rising raw material business was offset by the decline in catering services and consumer brand business. “The raw materials business increased due to higher prices and higher sales of high profit products, especially casein products. The demand for catering services continued to grow, but was offset by higher milk costs, which drove down profits.”

“In Greater China, we see that the demand for dairy products continues to remain stable, and our team is also looking for new drivers to drive demand growth. The raw materials business is still stable, benefiting from strong demand and good profit margins.” Said Hurrell. 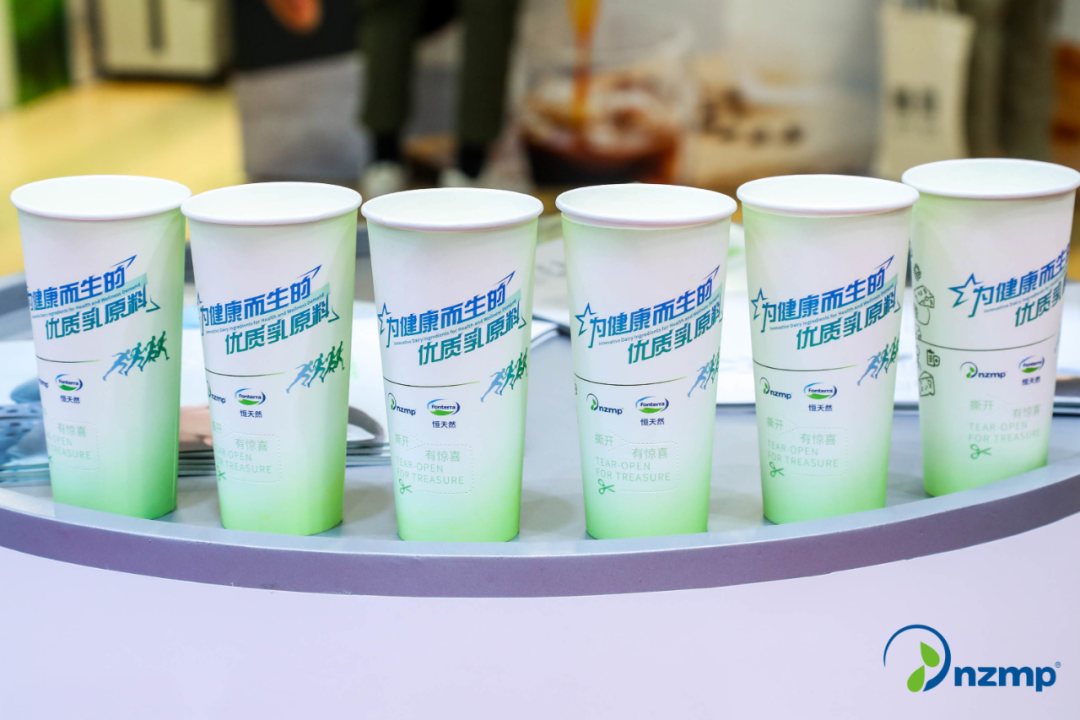 At the same time, Hurrell pointed out that Fonterra’s adjusted EBIT in Greater China decreased, which was mainly due to the fact that the catering service business was subject to the impact of high milk prices. “Although the product sales remained stable, the rise in the purchase price of raw milk still had an impact on the gross profit margin of the business.”

“We see strong global demand for dairy products, coupled with the macroeconomic environment of inflation, which is reflected in the sharp rise in our milk prices compared with a year ago. At the same time, we also see an increase in pasture costs, and our dairy farmers’ shareholders benefit from the rise in milk prices. However, it also means that the inflation of our product costs and other input costs is also rising. We see this effect throughout our business Ring. ” Fonterra Greater China CEO Zhou Dehan said today.

“Push through the old and bring forth the new”

It is worth noting that Fonterra Greater China made many innovations in products and services in the first half of the fiscal year. Zhou Dehan said that Fonterra Greater China has further upgraded the product portfolio and service solutions of raw materials and catering service business, and also made every effort to promote the development of consumer retail business. 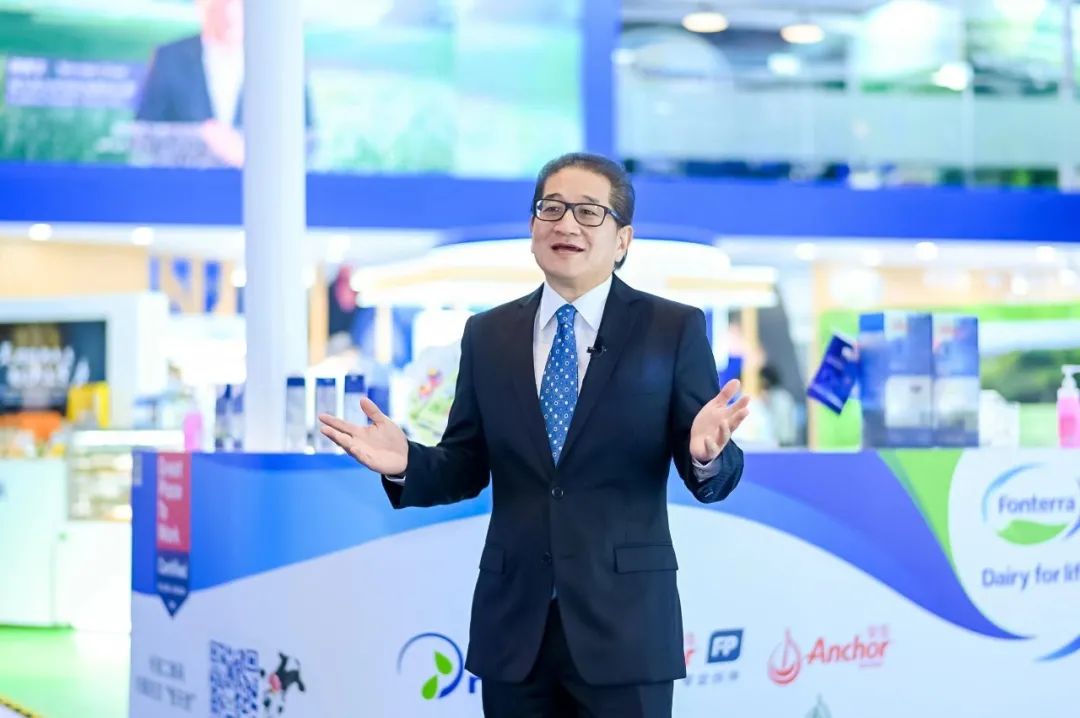 For example, the company mentioned to the snack generation today that in view of the gradual rise of the instant tea and coffee beverage market and the growing demand for protein milk raw materials in the beverage market, the raw material business team continues to provide customers with “solutions that keep pace with the times”.

In terms of catering services, for beverage channels, Fonterra is making efforts in coffee and tea tracks. It is reported that at present, the series of snow top applications developed around the new product “Anja cheese cream” have entered more than 1500 tea stores in China; The newly launched Anja spray cream has also been successfully applied to the products of head tea customers.

In addition, the company said that its catering service team has achieved a “historic breakthrough” in cooperation with head chain customers and medium-sized boutique cafes through the innovative application of special coffee.

During the Spring Festival, Fonterra catering service team also launched the promotion of the “milk fat upgrading” scheme of Chinese traditional dishes. It is reported that among the key customers of emerging channels, the innovative application “eight treasure rice with popcorn cream” launched by the team is very popular. This traditional food creatively adds Western raw materials such as ANGA multi effect cream and ANGA cream cheese.

Another creative dish integrating Chinese and Western cuisine is also very successful. “During the Spring Festival, our team took full advantage of the new trend of Chinese food and led the spread of dumplings in the Chinese New Year.” Hurrell mentioned it today.

At the same time, in the first half of the fiscal year, Fonterra’s China strategic customer department team also launched a variety of innovative applications including cream and cheese in hamburgers, pizza, coffee and tea. “We will continue to work with our customers to explore market trend products and seek potential cooperation opportunities for local R & D and production.” The company said. As for the consumer brand business, in the first half of the fiscal year, it focused on the differentiated innovation of catering dairy products, middle-aged and elderly milk powder and other categories, and promoted the business development through diversified channels.

For example, xiaoshidai learned that in the field of catering dairy business, Fonterra further expanded the domestic original cheese market with Anja masurila cheese, which claims to be able to “waterfall wire drawing”, and launched the high-end special cheese brand kaibetti Kapiti from New Zealand to meet the growing demand for high-end cheese products in the Chinese market. In the milk powder market, Anyi, a milk powder brand for middle-aged and elderly groups, continues to increase its share in the middle-aged and elderly milk powder market with functional high-end products.

In terms of channel, the first half year of fiscal year, the Fonterra consumer brand team continued to deepen the new retail, e-commerce and other channels, including a lot of tiktok and platform to touch the wider crowd and region. At the same time, further expand the channels of offline member stores, and expand the brand’s awareness among medium and high-end consumers and the high-quality product portfolio available.

Hurrell said that at present, there are still some risks in the global market, and Fonterra is paying close attention to them. With novel coronavirus pneumonia and the new Russian crown conflict, the complex operating environment is becoming increasingly unpredictable. Global supply chains, oil prices and global food supply are all affected.

“However, our low debt level helps us to be in a favorable position to withstand the current high instability and market volatility faced by the world. We will also continue to take advantage of the group’s size to ensure that our products can be put into markets and channels that can provide the greatest value under the current circumstances.” He said.

In evaluating the group’s long-term strategy, Hurrell said today that six months have passed since Fonterra announced its long-term vision. Although it is still in the initial stage, the transformation from business restructuring to growth is proceeding in an orderly manner. “These are inseparable from the efforts of dairy farmers’ shareholders and all employees. I want to thank them for their investment and support.”

Fonterra plans to invest about NZ $1 billion in the next 10 years to support various sustainable development projects.

“Kowbucha ™ The results of the next stage of the experiment excited us. Kowbucha ™ It is a probiotic that can reduce the production of methane in dairy cows. The experiment has been transferred from the laboratory to the pasture. The preliminary results show that feeding calves with this method can reduce methane emissions by up to 20%. At present, this test has been successfully carried out to the next stage. ” Today, Hurrell mentioned that once a solution to the methane problem is found, it will lead to “great changes”.

“Recently, with the help of low-carbon milk and sustainable dairy certification, we have been able to retain the relevant business in the catering service market. Take one of our fast food industry customers as an example, who shares our goal of achieving net zero emissions by 2050. By using our products instead of choosing other competitors, the customer can reduce a certain amount of carbon emissions, which is equivalent to the carbon emissions of 1760 vehicles.” Said Hurrell.

Pay attention to “snack generation” (wechat: foodinc) “and reply to” Fonterra “to see the wonderful news.