Recently, Canada goose holdings announced that Belinda Wong, chairman of Starbucks China and executive vice president of Starbucks, joined the board of directors of the group to promote the business development and community development of the brand in China and the Asia Pacific region. It is reported that Wang Jingying has more than 20 years of experience in China and the Asia Pacific region and served as CEO of Starbucks for 10 years. Under her leadership, Starbucks China expanded more than 12 times and achieved revenue of nearly $4 billion. （BusinessWire）

Today, golden dragon fish disclosed its annual report. In 2021, the company achieved an operating revenue of 226.2 billion yuan, a year-on-year increase of 16.1%; The net profit was 4.13 billion yuan, a year-on-year decrease of 31.1%. The report shows that due to the large increase in the cost of raw materials, the production and operation cost of the company is higher than that in the same period last year. Although the price of some products was raised, it did not fully cover the rise in the cost of raw materials, and the profit decreased year-on-year. In addition, the market competition intensifies and the superimposed consumption is weak, which has a great impact on the sales volume of the company’s medium and high-end retail products. The purchase and pressing volume of soybean decreased compared with the same period last year, and the pressing profit decreased. (issued by the company)

Yesterday, Riqing food announced that due to the soaring market prices of palm oil and wheat flour, the procurement costs in Hong Kong increased significantly, and the cost savings could not fully offset the rising raw material costs. Therefore, the ex factory price of some bagged and container instant noodles products in Hong Kong was increased by medium to high single digits, which took effect on April 1. In addition, facing the pressure of rising costs, the average ex factory price of cup and bagged instant noodles in the mainland has increased by a median single digit since March 1 this year, which is the first price adjustment in the mainland market in the past 11 years. (Xinbao)

Yu Garden shares refers to the rumors of the acquisition of liquor business is not true.

Yu Garden shares said today that recently, the company was concerned about media reports that the company intends to buy a liquor business article rumors. After verification by the company, the above report is not true. Earlier, it was reported that Fosun entered sauce wine or acquired Yelang ancient wine industry. Early announcement of the 2021 performance announcement of Yu Garden shares shows that the company achieved operating income of 51 billion 60 million yuan, an increase of 12.2% over the same period last year. The net profit was 3.86 billion yuan, with a year-on-year increase of 6.9%, which also refers to the good performance of Jinhui liquor and shede liquor acquired by the company. (company announcement)

The revenue of bowling Bao, a producer of erythritol, increased by 4.58% last year

Today, bowling Bao released its 2021 annual performance express. The company achieved a total operating revenue of 2.765 billion yuan, a year-on-year increase of 34.58%; The net profit was 202 million yuan, a year-on-year increase of 304.65%. During the reporting period, benefiting from the growth of healthy consumption demand such as Zero sugar and sugar reduction and the effective driving of various operation and management measures of the company, the company steadily promoted the business plan determined at the beginning of the year. At the same time, the supply and demand of erythritol products of the company were booming, and the product price increased significantly compared with the same period in 2020, driving the market demand of other functional sugar products. (company announcement)

Yesterday, liangpin store explained that in order to further improve the market scale, the company took the initiative to optimize and adjust its business strategy and increase the marketing and promotion cost of online business, so as to improve the sales cost rate. In addition to the adjustment of the proportion of online channels, the gross profit margin of the company’s online business decreased in the fourth quarter compared with the same period due to the rise of express transportation costs due to the spread of regional epidemic and other factors. (company announcement)

Nestle stops selling a variety of products in Russia

Nestle group said in a statement today that it would stop selling several kinds of non essential foods in Russia, including KitKat and Nesquik. Nestle shares fell 1.3% shortly after the news. The announcement is unusual for Nestle because it has been able to do business in war zones around the world for decades. Nestle spokesman said that the suspended brands accounted for the “vast majority of sales and sales” in Russia, which contributed $1.82 billion in revenue in 2021. The production of these products in the country will also stop. (Reuters)

The US Food and Drug Administration (FDA) said yesterday that during the inspection of Abbott’s factory in Sturgis, Michigan, it was found that cronobacter sakazakii existed on the surface of some of the company’s infant formula production areas, which may pose a high health risk to infants. In February, Abbott global has recalled three infant formula. (Reuters)

Yesterday, in a cafe in Seattle, the birthplace of Starbucks, employees agreed to unionization with 9 votes for and 0 votes against. This will be the first unionized coffee shop in the city where Starbucks headquarters is located. (Reuters)

Today, beyond meat, a plant meat producer, and PepsiCo jointly announced the launch of a “dried meat” product of plant meat, which is also the first product of the joint venture. The new product will be launched in the U.S. market this month, with three flavors: original flavor, spicy flavor and braised flavor. Among them, the protein in pea and mung bean is the basic raw material of “dried meat”. (issued by the company) 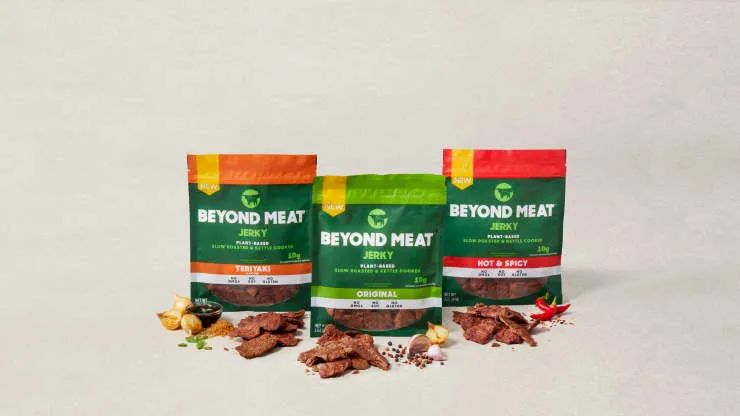 “A2 protein” competition intensified, and bubs announced the launch of new products

Today, the Australian milk powder supplier bubs announced the official release of the A2 infant formula series bubs supreme, which will be sold through 500 Coles supermarkets in Australia from May. The company also signed an order of nearly a $33 million with Willis trading, a Chinese enterprise purchasing distributor. Kristy Carr, CEO and founder of the company, said that at present, bubs has completed the layout of three main sub categories of the global high-end infant nutrition market. (Aohua Finance Online)

Recently, Bobbie, an American infant formula company, announced the completion of a $50 million round B financing, led by Park West, with the participation of existing investors vmg and next view, as well as more than 100 new investors from airbnb alumni consortium air angels. （Foodbev）

Recently, McDonald’s announced in the U.S. market that it will re launch its popular “Sichuan chili sauce” within a limited time from March 31. This chili sauce tastes salty and slightly sweet, with some soy sauce, garlic, ginger and vinegar. It first appeared in McDonald’s promotion of the Disney film “Mulan” in 1998. It has only returned three times in the past 24 years.

On March 16, 2022, the mailing details of the approval document (decision) for formula registration of infant formula milk powder products were published

On Monday, the food evaluation center of the State Administration of market supervision and administration released the mailing details of the approval document (decision) for formula registration of infant formula milk powder products on March 16, 2022 and March 16, 2022. The details are as follows. (Food Review Center) 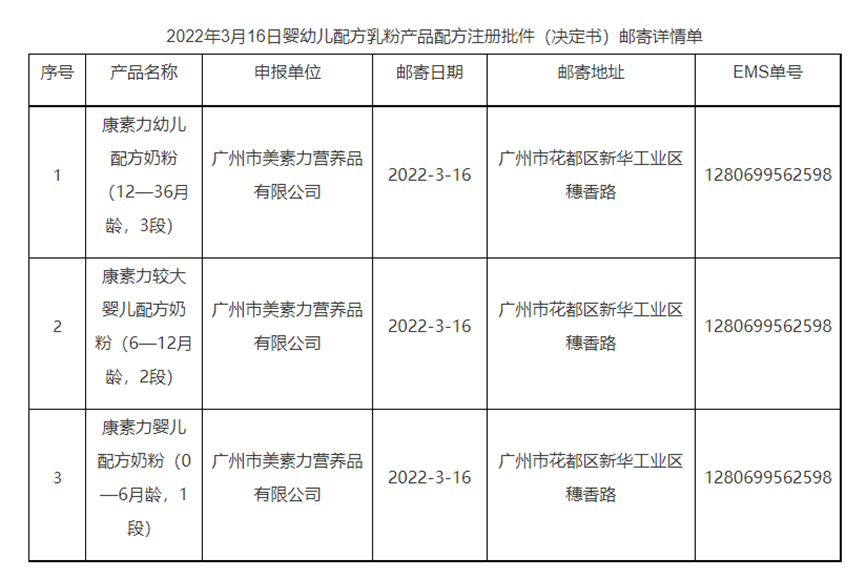 Today, Tencent announced its results. Its revenue in the last quarter was about 144.188 billion yuan, an increase of 8% year-on-year, expected to be 145.306 billion yuan, the slowest single quarter growth rate since its listing; The net profit fell lower than the previous market expectation in the same period.

Tencent pointed out that last year was a challenging year. The company actively embraced change and implemented measures to strengthen the company’s long-term sustainable development, but the impact of income growth slowed down. Last quarter, the revenue of online advertising business decreased by 4% year-on-year to 21.5 billion yuan. Tencent explained that the quarterly advertising demand of advertisers in e-commerce and essential consumer goods industries was slightly lower than the normal level, and the advertising demand of Internet services, education, games and other industries was weak.

Tencent’s wechat continued to promote the interconnection of Internet platforms. At the end of November last year, it announced that the external link management measures would be updated, and the external links would be directly accessible in the point-to-point chat scene; We will try to open the direct access function of external links of e-commerce in the group chat scenario. It also sent applications to the tiktok short video platform, the jitter, to create service platform. (company announcement, Reuters)

On March 21, the SEC issued the draft standard for climate data disclosure of listed companies, which pointed out that in the future, when submitting prospectus and issuing annual reports and other financial reports, US listed companies should disclose the company’s carbon emission level, the impact of potential climate change problems on the company’s business model and economic situation, the management’s governance process and carbon emission reduction targets. (21st Century Business Herald)