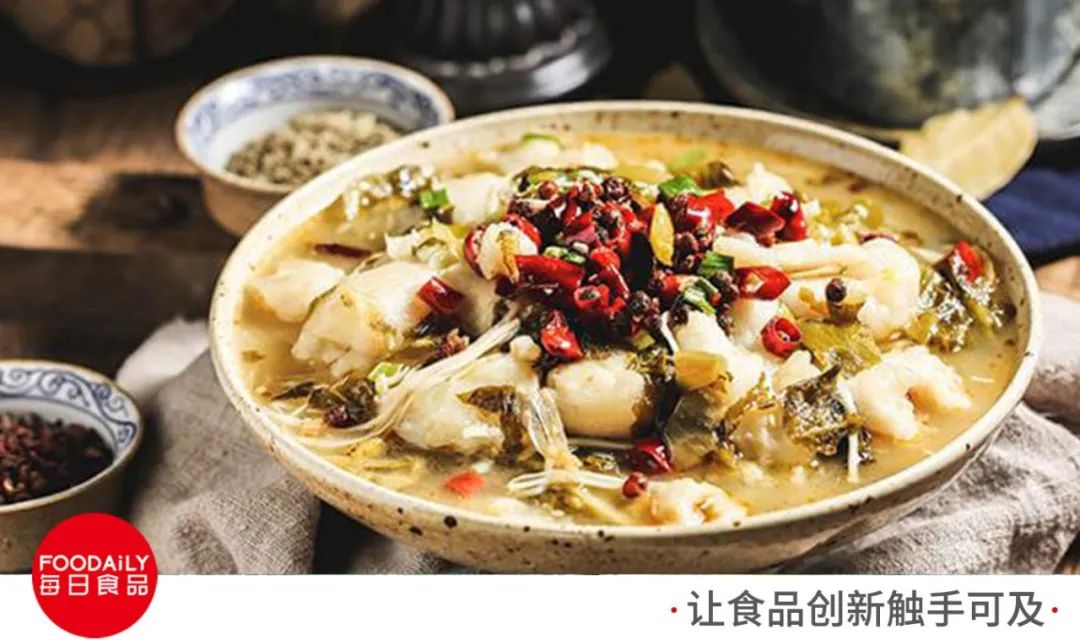 “
the humble pickled vegetable industry has an annual revenue of more than 800 million, which is not difficult.
”

The profitability of the humble pickled vegetable industry should not be underestimated. After being exposed on March 15, the flag planting vegetable industry, despite its poor appearance, has an annual revenue of 867 million yuan.

Recently, this humble industry has caused an earthquake. From the planting of fresh vegetables in the upstream to laotan pickled instant noodles, pickled fish, pickled hot-pot/" 22375 rel="nofollow" target="_self">hot pot and fish meal in the downstream, all links of the industry have been affected. These days, a number of relevant brands are spending energy to clarify or get rid of their relationship.

In fact, sauerkraut is not just a delicacy on the table. It has already developed into an industry. The data show that the demand for pickled vegetables in the domestic market is 90 million tons ~ 150 million tons / year, which is in the incremental stage. In 2020, the market scale of sauerkraut is about 8.33 billion yuan. If the upstream and downstream additional industries are included, the space will be broader, but the pickled vegetable fish industry will increase to 70.5 billion yuan in 2024.

However, unlike a Fuling pickle in the pickle field, the market value is nearly 28 billion yuan. Throughout the whole pickle field, there is no very well-known brand. According to market research, at present, the domestic pickle pickling industry presents problems such as market dispersion, brand confusion and different levels, and there is no leading enterprise.

Although a number of related enterprises shouted the slogan of “pickled cabbage branding” as early as a few years ago, they have not achieved results until today. This “pit pickled cabbage” incident is bound to bring pain to the industry, and may also bring difficulty to the “pickled cabbage branding” of other enterprises. However, with the increasingly strict production of pickled vegetables, some non-standard enterprises will gradually withdraw from the market. With the development of the industry, it may be a good thing.

After March 15, “pickled cabbage in the pit” became the object of everyone’s shouting.

In the camera of CCTV’s secret visit, a group of big men stepped barefoot on a pile of vegetable leaves piled up in the pit, spitting and littering cigarette butts… Finally, these pickled vegetables were processed into products of well-known brands and circulated to consumers’ tables. Such a picture makes many viewers feel sick. 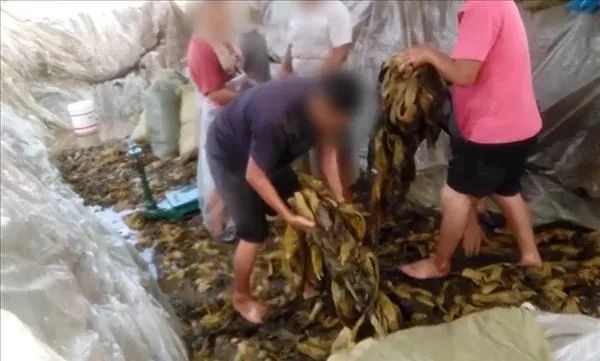 The first is the upstream mustard industry, because mustard is the main raw material for processing sauerkraut. According to the report of banyuetan, in Yueyang City, Hunan Province, where the enterprises involved are located, more than 200000 mu of mustard is entering the harvest season. Tens of thousands of vegetable farmers are watching the harvest of this year, which may usher in a “difficult to sell” situation.

The downstream industry of sauerkraut, which is closer to the consumer terminal, has naturally been affected. According to the Securities Daily, in Wumart, Metro and other supermarkets, products related to sauerkraut have been taken off the shelves. In addition, in addition to offline supermarkets, online e-commerce platforms are also difficult to find the figure of old pickled vegetables. Search “laotan pickled cabbage” on platforms such as multipoint, Taobao and pinduoduo, and the words “no commodity found” are displayed.

These brands are also the first to clarify or get rid of the relationship.

On the evening of March 15, uni president responded first. First, an apology statement was issued at the first time, then the statement was withdrawn and a new statement was issued. Tongyi said that Hunan Tiaoqi has no longer been the supplier of raw materials for pickled cabbage bags of the company since December 2012.

Master Kang also issued a statement of apology on the evening of the 15th, and again announced at noon on the 16th that the flag inserting vegetable industry provided pickled vegetables to four factories in Jiangmen, Wuhan, Xi’an and Xinjiang. Master Kang has terminated its supplier qualification, cancelled all cooperation, started the off shelf recycling of relevant products, and actively cooperated with the investigation and testing of regulatory authorities. At present, Master Kang has disappeared from the official flagship stores of tmall and jd.com.

Even the bottom of the pickled cabbage pot of the hot-pot/" 22375 rel="nofollow" target="_self">hot pot was affected. On March 16, pencil path found that the “golden soup pickled vegetable pot” of a well-known hot-pot/" 22375 rel="nofollow" target="_self">hot pot brand was no longer on the menu. It was only after asking the waiter that it had been taken off the shelf.

Pickled vegetables and instant noodles are all pickled dishes.

This food used to spend the winter is no longer limited to the region and has entered thousands of households through various channels. According to tianyancha data, up to now, there are more than 48000 pickled vegetable related enterprises in China, of which Jiangsu is the largest, close to 8000. From the time of establishment, sauerkraut related enterprises established within 5 years accounted for 57.84%, of which 9.14% were established within 1 year.

Pickled cabbage is indeed a profitable business. Taking the flag inserting dish industry exposed this time as an example, the official website of the flag inserting dish industry shows that the company’s products are sold in more than 80 cities in more than 20 provinces at home and in more than 10 countries such as Japan, Germany, the United States, Australia and South Korea at abroad. In 2020, the total revenue of flag vegetables industry has reached 867 million yuan, of which the revenue in overseas markets is 18.179 million US dollars.

Yan Qinwu, its chairman, once calculated an account with reporters in an interview: for mustard weighing two kilograms per stump, the profit from selling fresh vegetables directly is 1.2 yuan at the current price; After pickling and initial processing, it can be sold for 2.4 yuan, and the income will double. If the instant noodle flavor bag is made, the income can reach 13.2 yuan, and the income will increase 10 times.

Some media compared its gold absorption ability with pickled mustard, and took the financial data of Fuling pickled mustard as a reference. From 2015 to 2021, the company’s gross profit margin has been above 40%, reaching nearly 60% in 2019. As Yan Qinwu introduced, simply selling fresh vegetables or newly processed pickled vegetables is not profitable. Its market price is “dead”. If we add food technology and small packaging into “seasoning”, we can make more profits.

In the catering industry, sauerkraut fish industry is the first one with large demand for sauerkraut. According to frost Sullivan’s prediction, the market scale of sauerkraut fish is expected to grow at a higher growth rate of 33.7% from 2018 to 2024, and will increase to 70.5 billion yuan in 2024.

In the capital market, sauerkraut fish is also favored. According to the query data of pencil path, in the related fields of pickled cabbage in the past few years, pickled cabbage fish brands have basically obtained financing, and some single round financing has exceeded 100 million yuan.

The market for sauerkraut will not disappear

Although pickled cabbage is good, there are many problems.

The most important thing is the safety and health problems pointed out in the “pit pickled cabbage” this time. In addition to the flag vegetable industry, the “March 15” party also exposed several other enterprises producing pickled vegetables.

It is understood that Yayuan pickle food factory in Junshan District, Yueyang City also collects vegetables from farmers’ pits. In the workshop, a large number of sour mustard were directly unloaded on the ground.

In fact, as early as a few years ago, it was revealed that there were serious problems in the production environment of enterprises such as flag planting vegetable industry. In 2018, Huarong County issued a special rectification work plan for the “pickled vegetables” industry, proposing to strictly control the raw and auxiliary materials, production process control and product delivery inspection… Strictly investigate the fermentation of pickled vegetables in soil pits, and order all production and business units that do not use food additives within the specified scope, limit and standard, such as those with poor hygiene or production conditions, do not organize production according to the standard specifications and specified processes, to stop production for rectification and supervise the rectification, Recall problem food.

Now it seems that the rectification may not be in place.

For the whole pickle track, the entry threshold is not high, there are many production and processing enterprises, and the competition is fierce. Most enterprises have small scale, weak anti risk ability and low product positioning.

Indeed, according to the market research, there are some problems in the domestic pickle curing industry, such as market dispersion, brand confusion, different levels and so on. Unlike a Fuling pickle in the pickle field, the market value is nearly 28 billion yuan. Throughout the whole pickle field, there is no very well-known brand.

Nowadays, all enterprises and their regions are promoting the “pickled cabbage branding”, which is also valued by this. The market scale is still expanding and the market prospect is broad. If one or several well-known brands are made in this subdivided industry, there will be unlimited possibilities.

Although the “earth pit pickled cabbage” incident will bring pain to the industry, with the increasingly strict production of pickled cabbage, some non-standard enterprises will gradually withdraw from the market, but the demand and market of pickled cabbage will not disappear. As Zhu danpeng, an analyst of China’s food industry, said in an interview with the media, “although the explosion of the pickle industry will bring a great blow in the short term, the market is expected to enter a healthy and orderly development node in the future with the joint efforts of the policy side, the industry side and the consumer side.”

[3] Behind the pickled cabbage storm: the market scale is nearly 10 billion, and some enterprises have obtained 100 million level financing